So my fabulous husband comes through again.  He rides his bike to and from work, and during his ride he gets to pass some local parks.  Today upon arriving home he asks if I want to photograph a big snapping turtle?  Hot dog!  (That is an emphatic 'Yes'.)

So while I was a bit skeptical that turtle would still be around, we drove back.  (Last fall I had an encounter with an amazingly quick moving turtle,  so I have kind of revised my expectations of being able to capture a good photo of a turtle.)

But it turned out that this turtle was in a 'pond' that was created by some spring flood waters, so he wasn't going anywhere.  Plus the frogs were croaking so loud you could hardly hear yourself think, so all the sudden I was envisioning awesome photos of frogs too.  Boy was I was getting excited.

Well, it turned out that the big giant turtle was really shy.  He kept his head in the water about 90% of the time we were there, and it took 5 minutes before I believed he was more than just a rock.  Then when he did bring his head out it was all covered in swamp goo.  I could still hardly tell he was a turtle.  Can you see it? 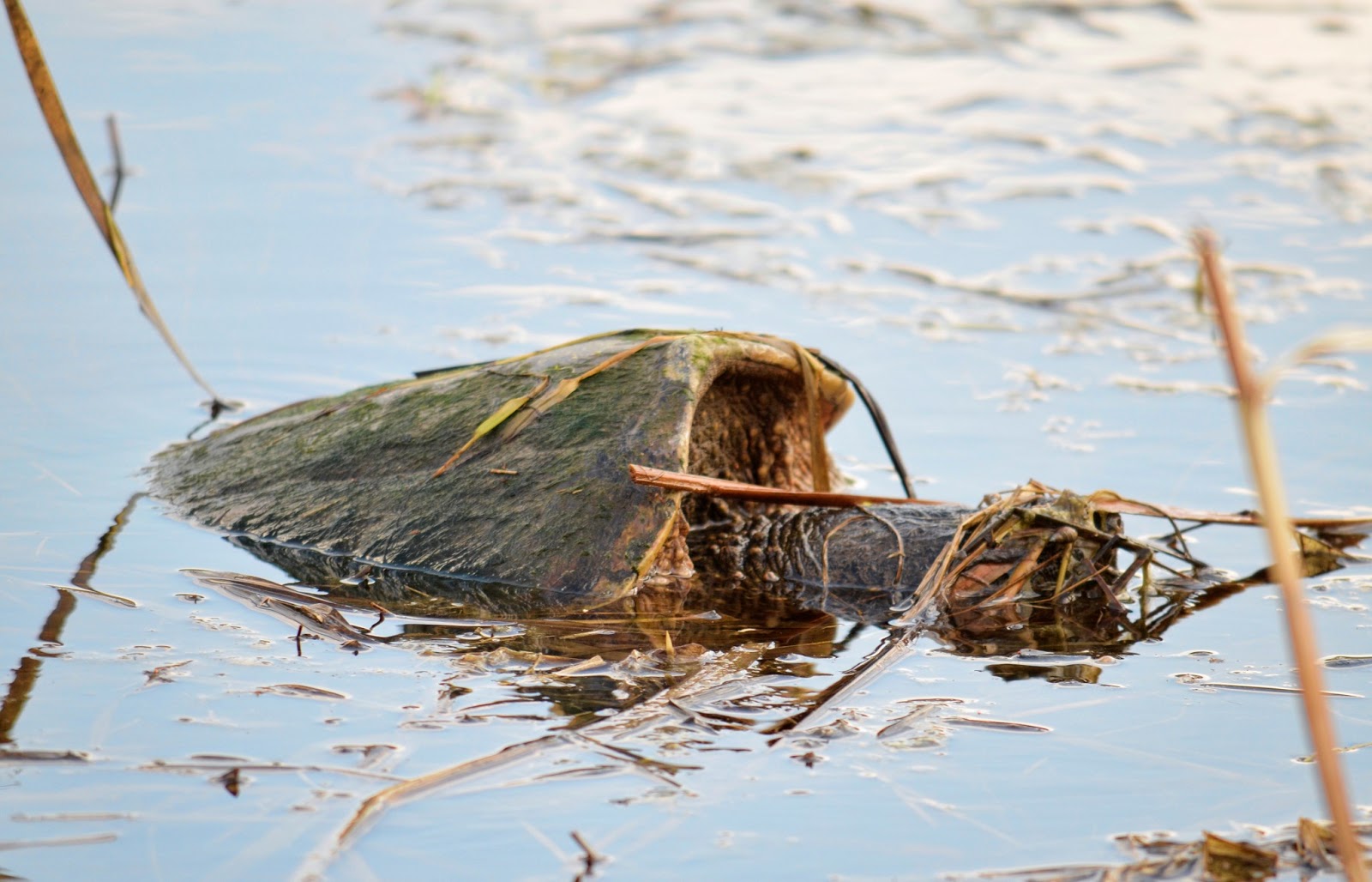 Then it turns out that these frogs are tiny frogs.  My husband and I searched for at least twenty minutes.  The pond was tiny, all of 30 feet by 10 feet - and there had to be 10 or 20 frogs at least.  Finally my husband spotted one little one breathing in and out.  Do you see the yellow bubble?  That's the frog. 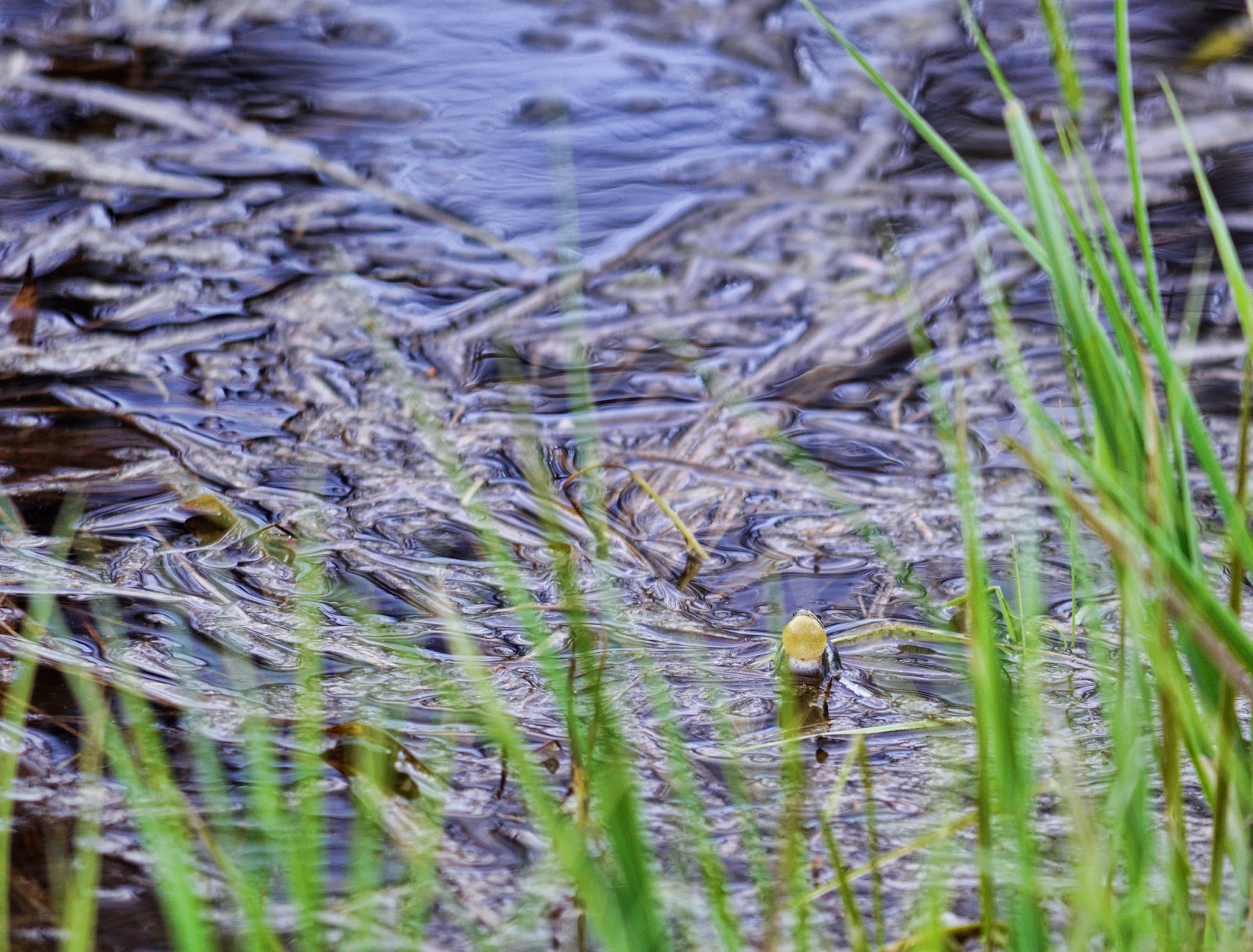 I also got a neat shot of some ducks, and as we left I got lucky and captured a photo of the turtle looking more like a turtle. 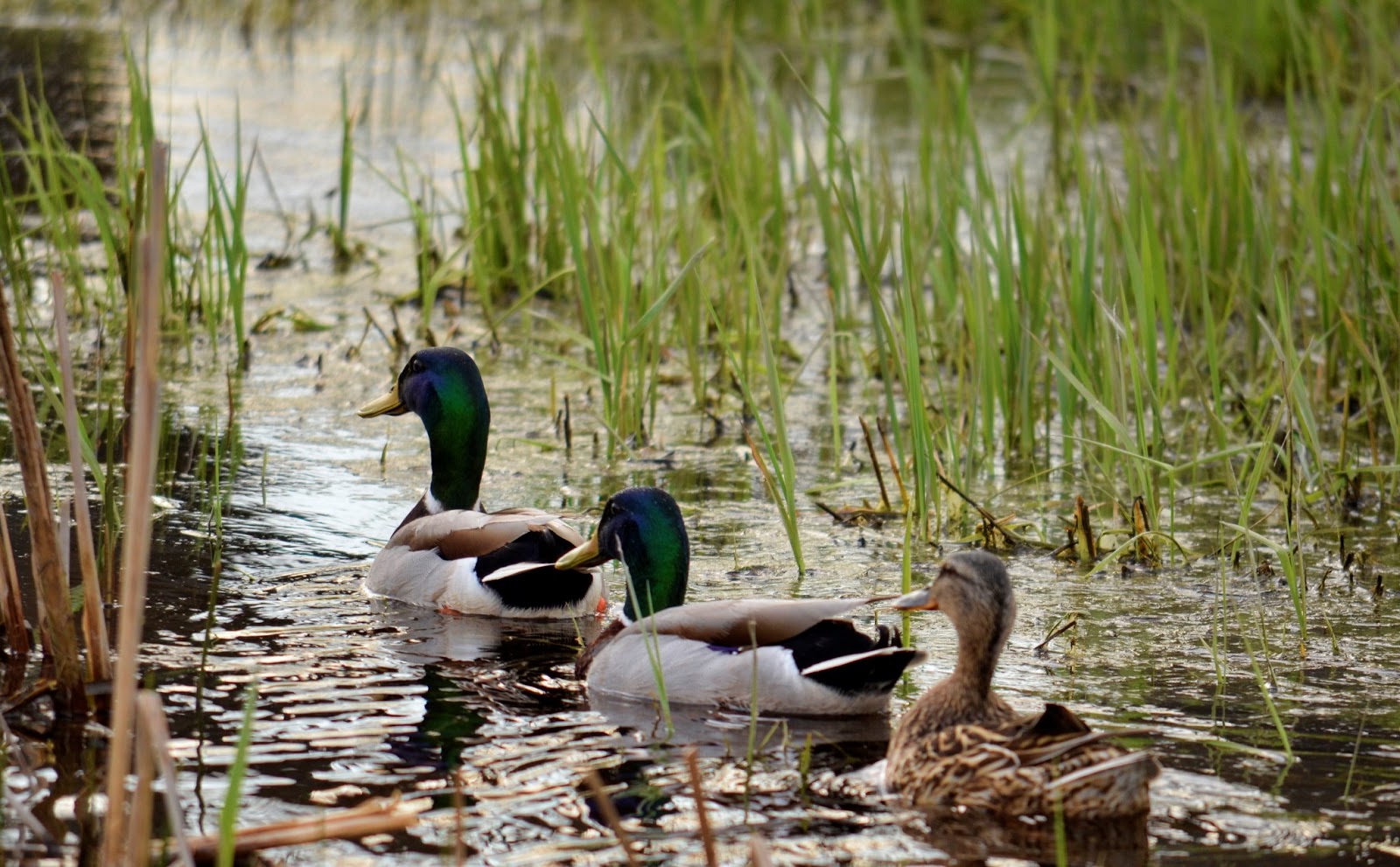 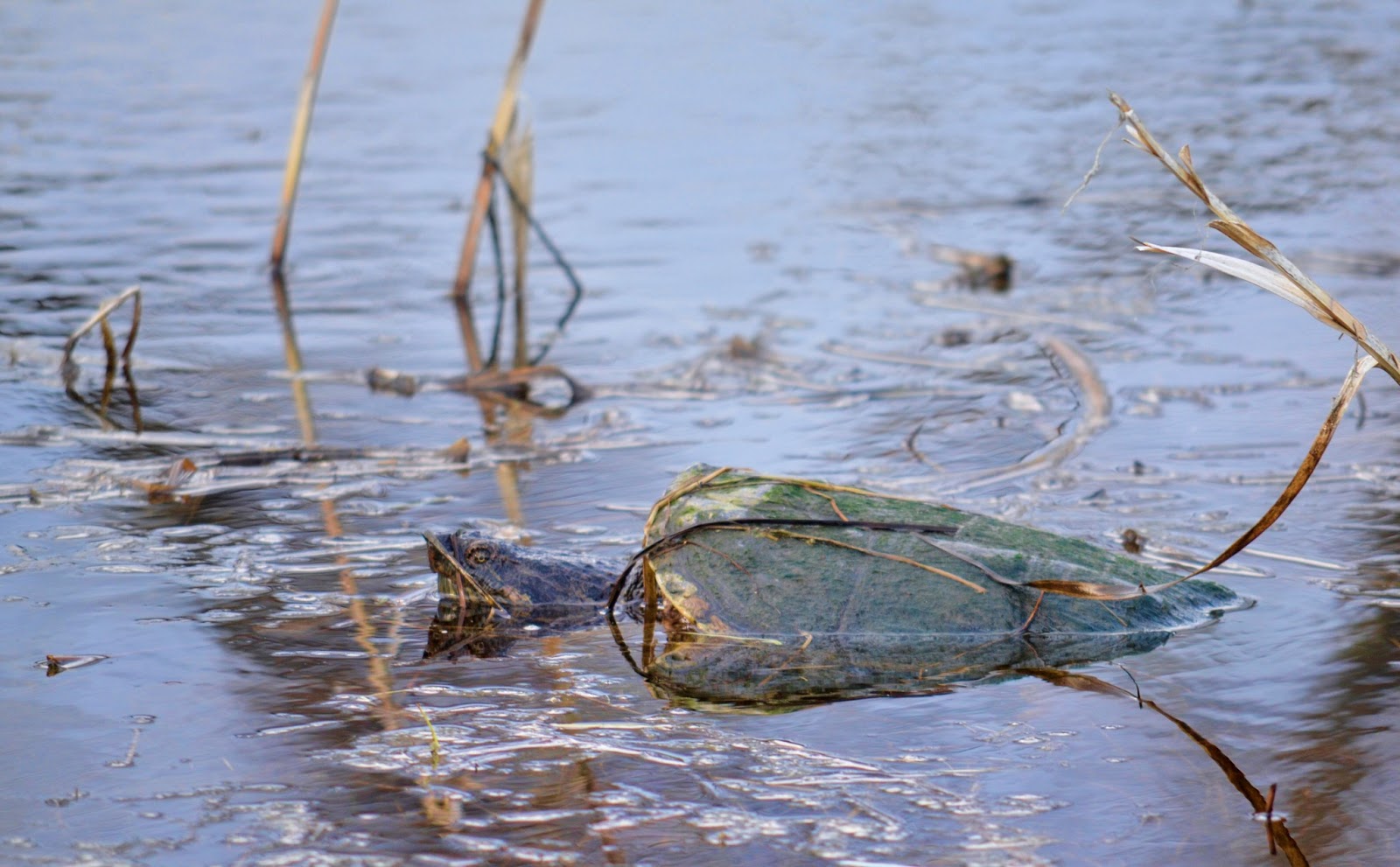