As Easter came and went, I tackled a challenge on photographing eggs.  I had previously had some success with this topic, but those eggs were photographed indoors.  How would I do taking them outside?  (Which despite a late cold spell, was feasible since all of the snow was gone.) 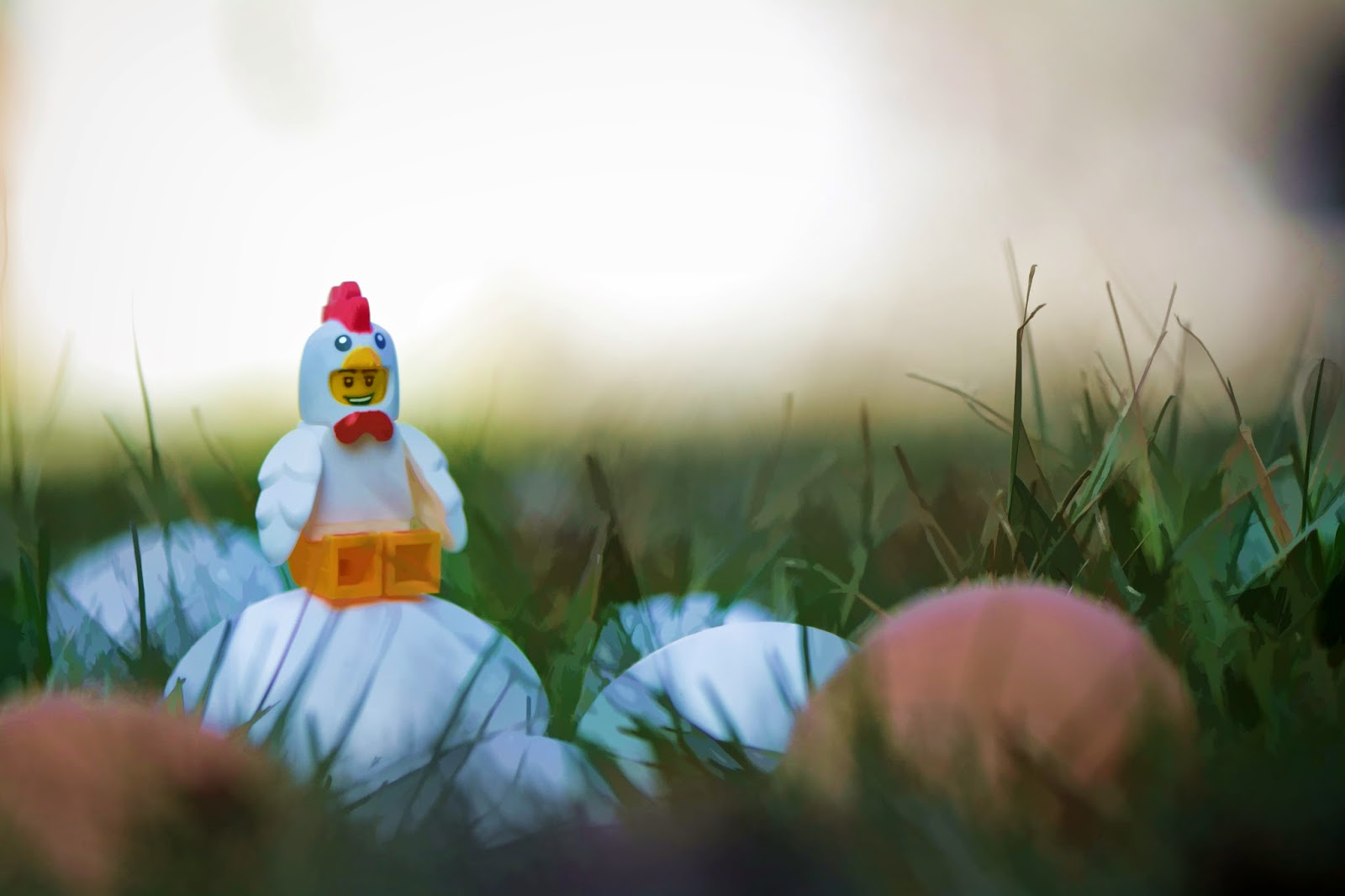 This was basically my first shot, but since the Lego chicken-man was not in sharp focus, I wasn't sure it was the best. Here are a few more outtakes from my shoot.  (I actually went out two days in a row - trying to duplicate the pleasing photo from day 1, but with improved sharpness.  Unfortunately it was much windier and my lego guy kept falling over.  I never did capture exactly what I had in mind). 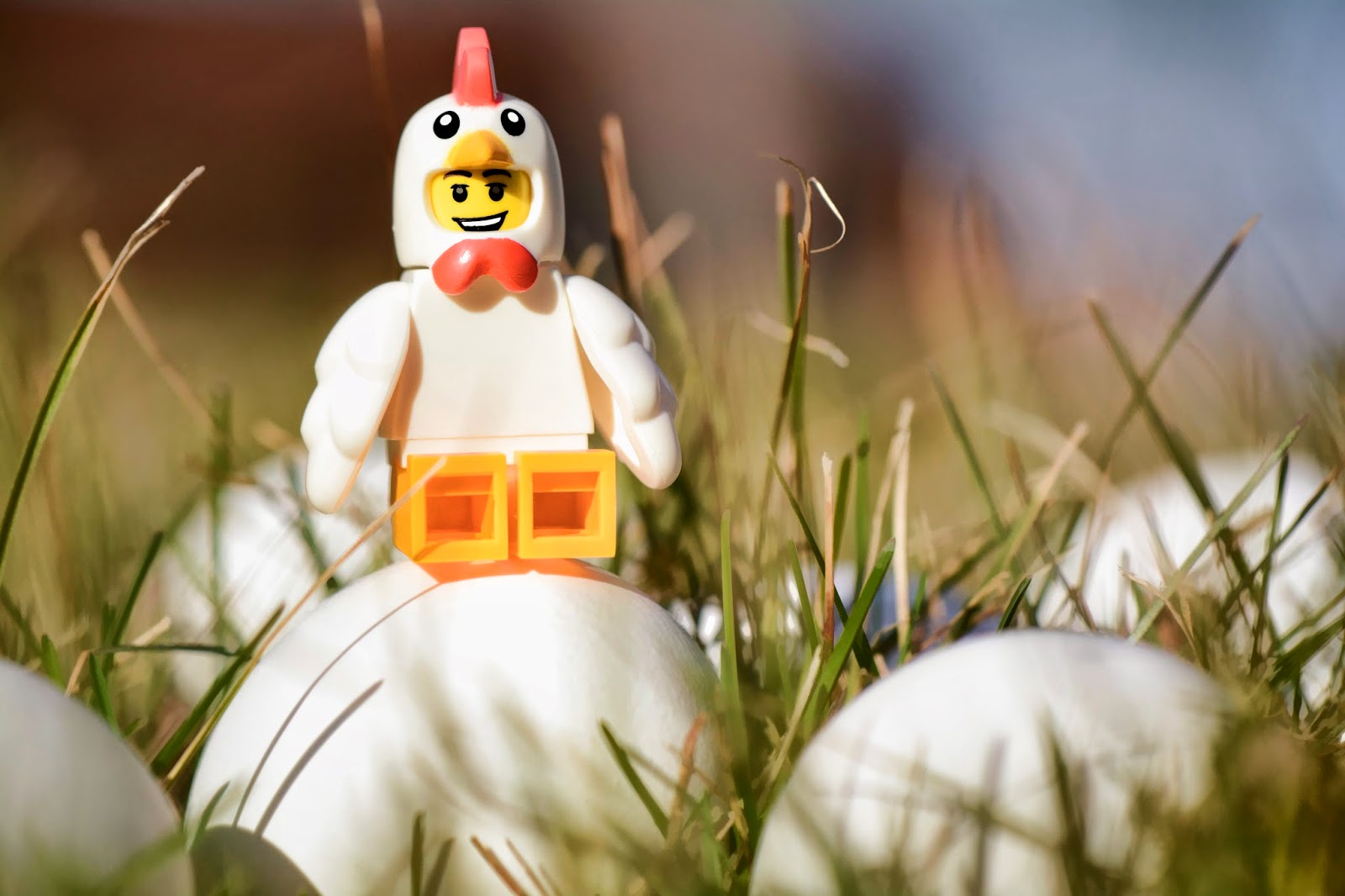 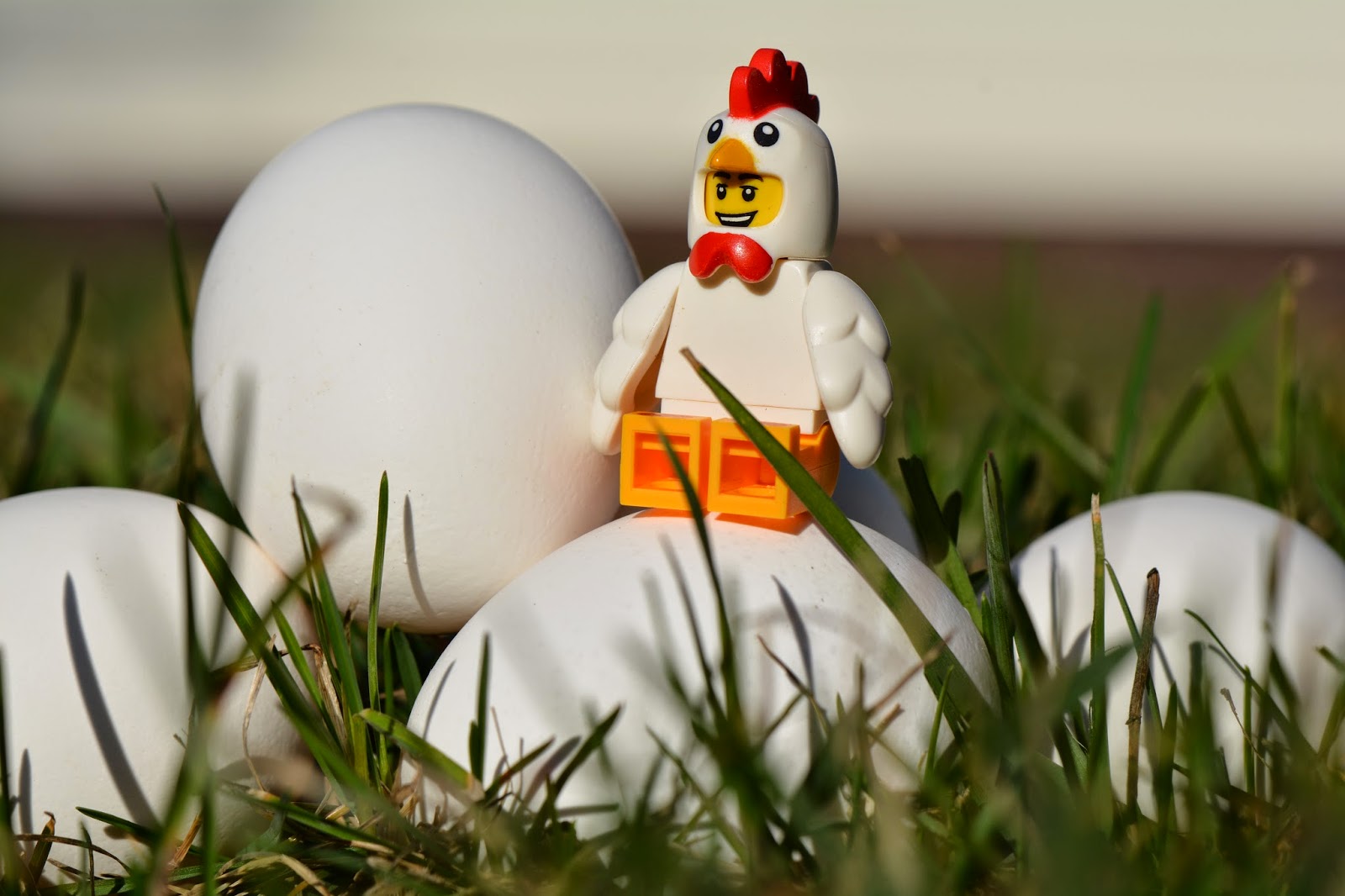