Orange highway barrels and the snow.

A few weeks ago I noticed some orange highway barrels nearly buried in snow.  Great photo op, although challenging to actually capture since they were in the middle of the interstate.

This week I pulled off into the median and got some shots.  It took three tries, but a got a few shots that I liked. 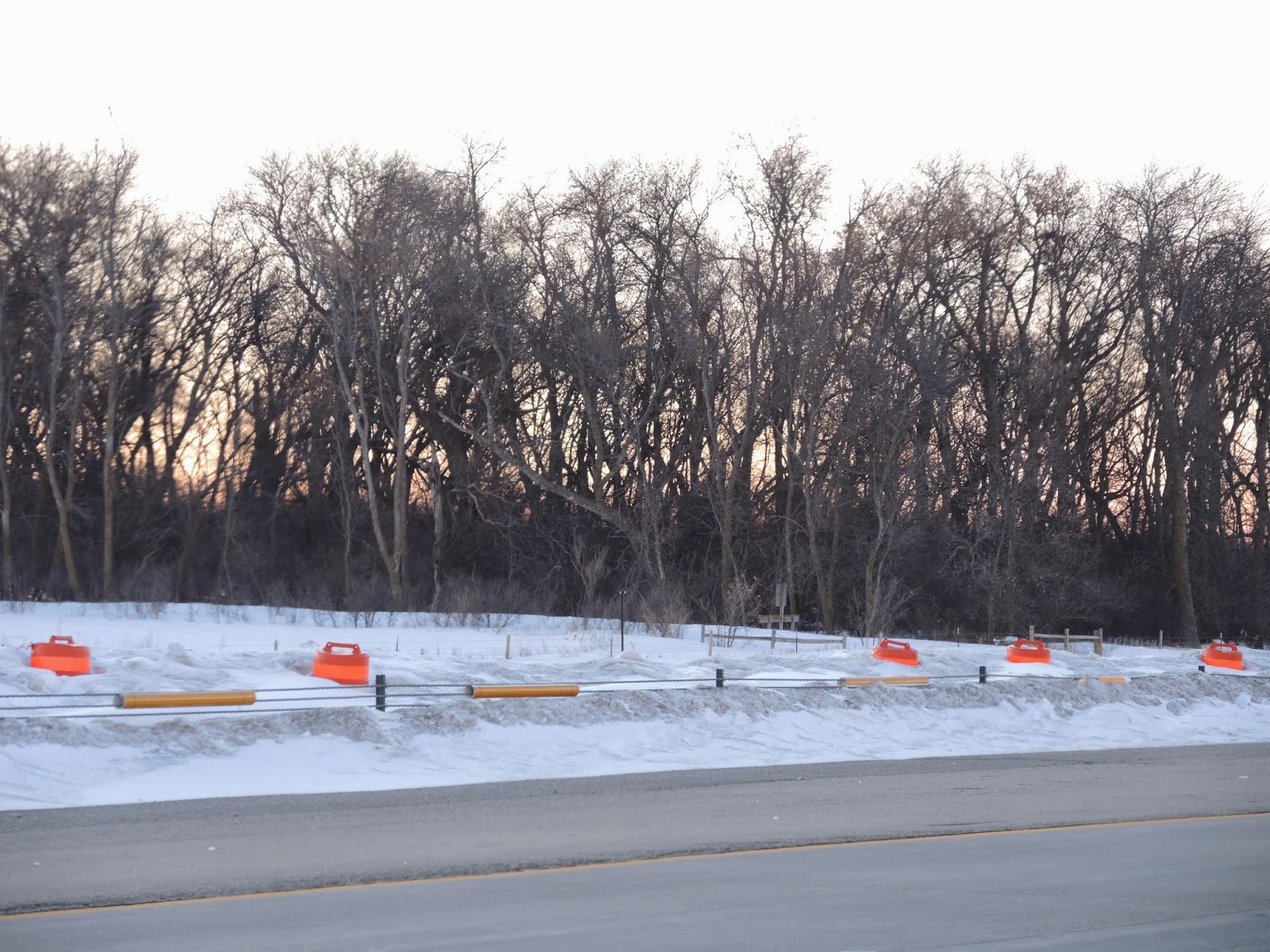 There are several possible reasons for the differences in snow color.  I used two different cameras for these shots, the top shot with a Nikon P7800 and the bottom two shots with a Lumix FZ200.  Also, the top photo was taken near dawn facing east while the last two shots were taken at dust while facing west.

The final reason is likely that I shoot jpegs.  (Had I shot in raw, it is my understanding that I could have 'fixed' the light balance to get the snow a nicer white.)

Alas I still have not figured out how to open and process raw files.  I know, pretty basic for someone who aims at enthusiast level of photography.  But I got stuck processing once after shooting in raw and became frustreated.  Plus I like most of my jpegs and can typically process them to my liking despite the limitations of the jpeg file.  Some day I'll try again. 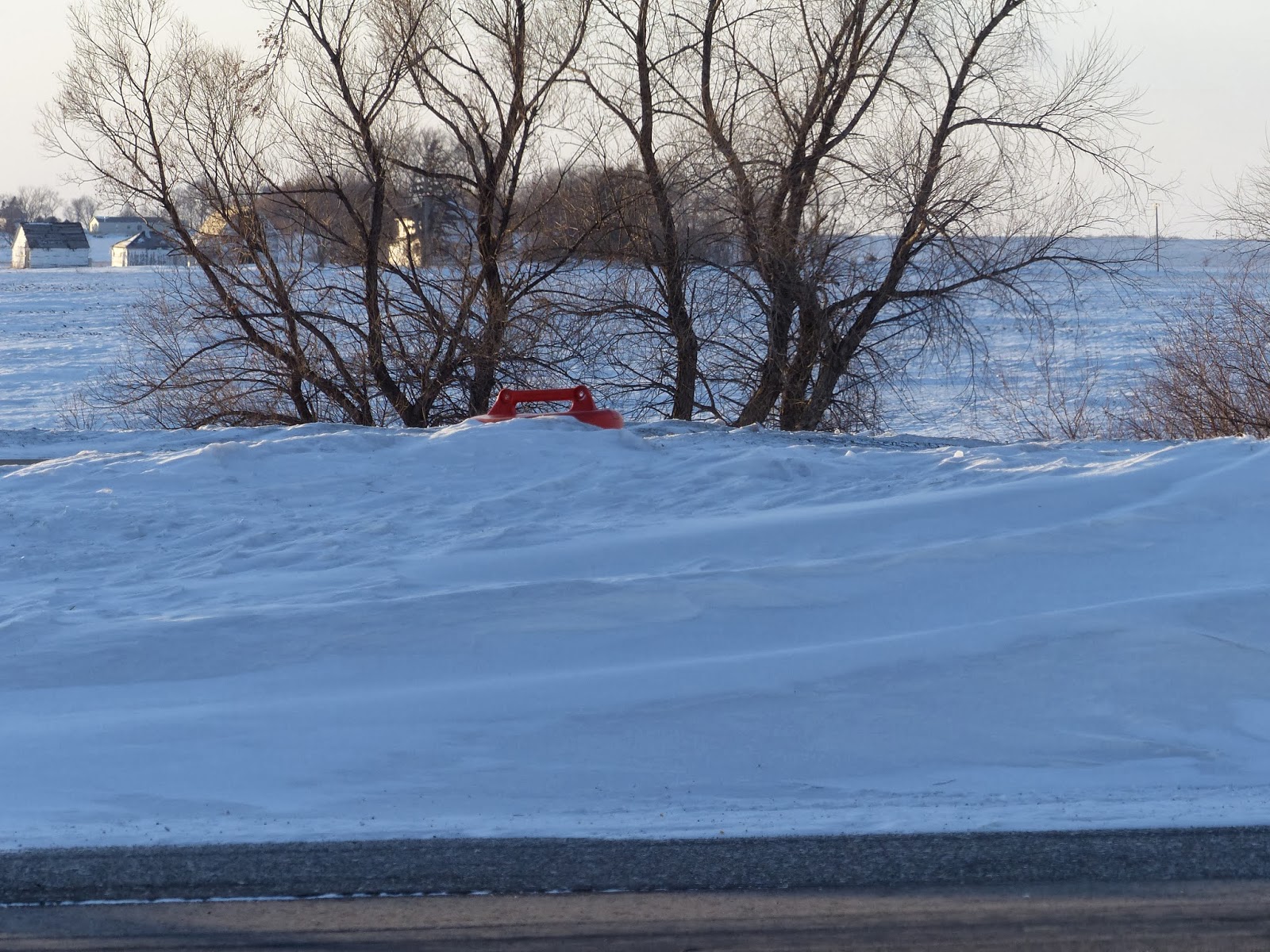 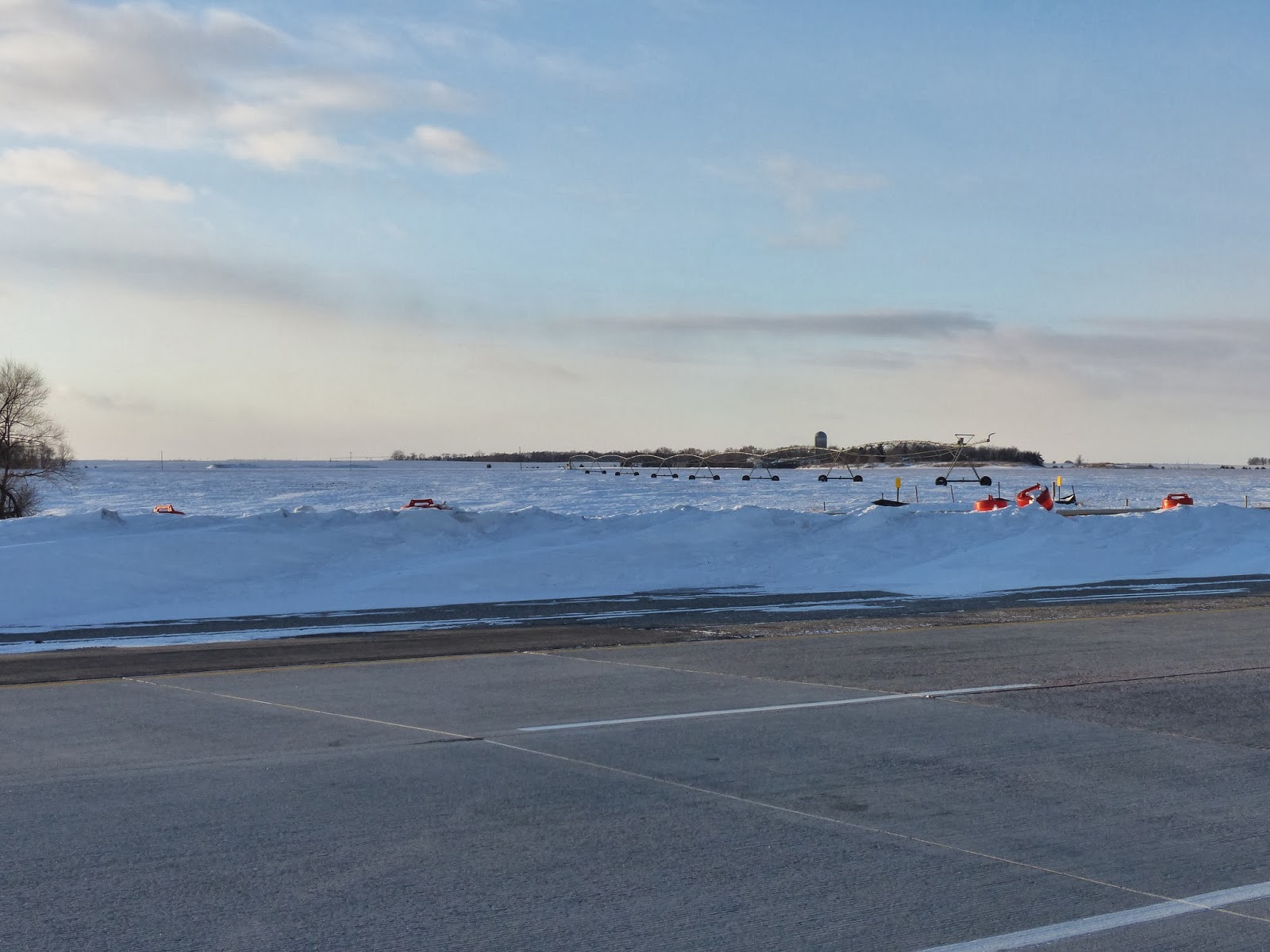 These barrels are between mile marker 138 and 139 just north of Brookings, SD.