We are lucky enough to have a city that gives us a couple of weekends of free drop off at the city dump.  The caveat is that the load must be covered in order for drop off to be free.  Our first year we diligently tied up some construction waste in a borrowed trailer and drove the dump.  As we went to check out my husband was told he had to pay.  Not only pay, but pay twice the normal drop of price  because the load was not covered with a tarp.   All the ad in the paper said was free drop off, the ad did not state loads had to be covered to quality for free drop off.  (As an engineer, my husband made sure the load was tied very securely, but it was explained that tied up and covered are not the same thing.)

Not awesome.  Thanks city.

But we learned our lesson.  This year's trek to the dump was free.  And since it was kind of our highlight for the day, I'm posting the few shots I got.  (I wasn't totally sure they would approve of me taking pictures, so I kind of took them covertly, hence they're not very good.)

First up the giant garbage pushers.  No, I don't know their technical name, but there were two of them and they were monstrous.

My husband finally discarded a number of old computer bodies, monitors, and keyboards he had been holding onto for years with the thought that one day he would put them all together to make one super computer.  But he realized that even all put together they wouldn't be as big as today's computers, so maybe his computer would not be that super after all.  (Plus 10 keyboards, really?  We had 10 old keyboards.  That is just weird.)  Here is the dumpster and the computers.  And in my husband's defense, he is very pro-recycling and for items that can be recycled or contain hazardous components that shouldn't be in landfills, like computers, he wants to ensure recyclables and hazardous items of his are properly discarded and he did not know until this year that our city indeed had a separate e-waste disposal process. 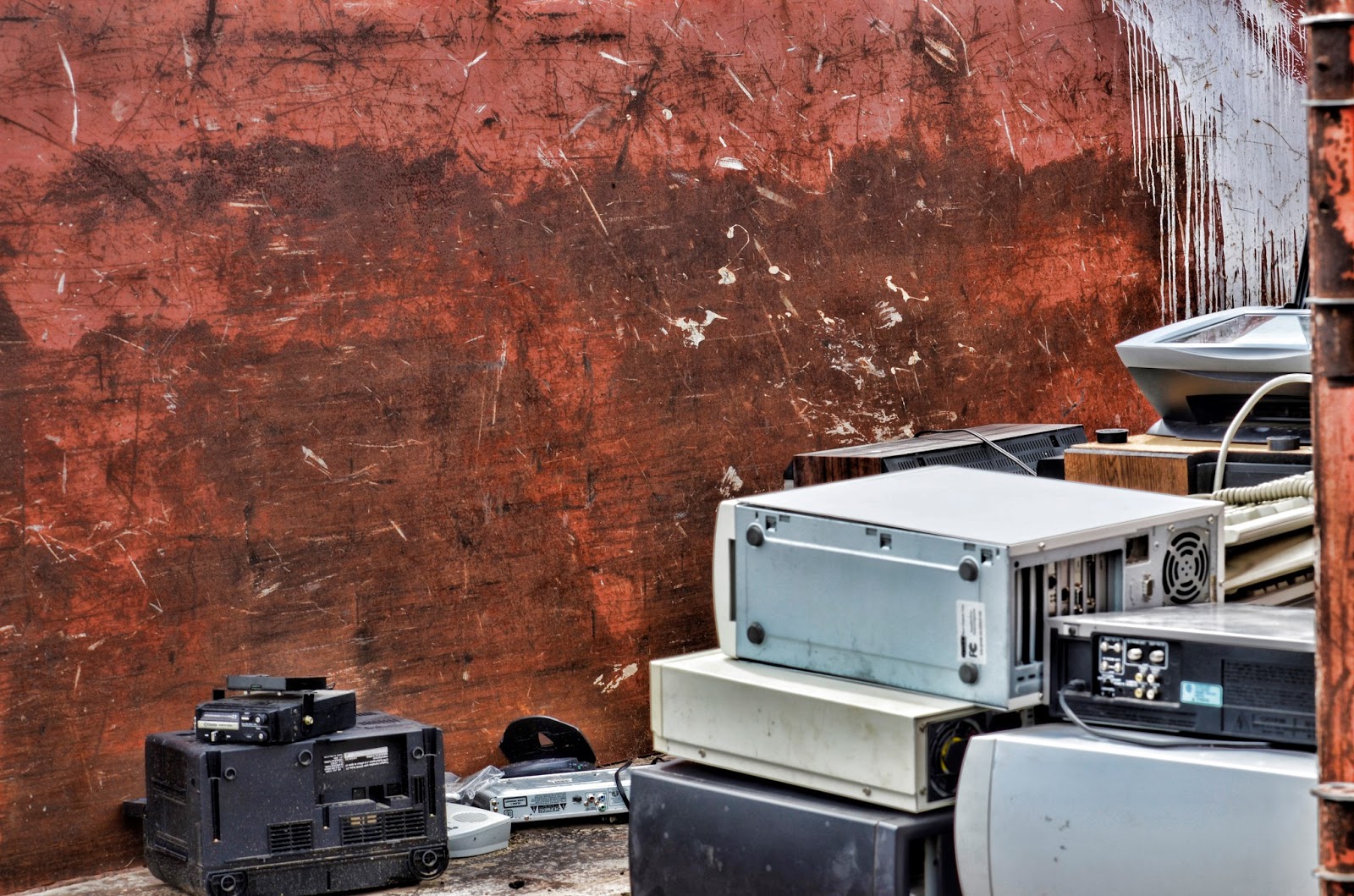 Here is a blurry example of the sign that told us where to go.  The few times I've been to the dump, I'm always kind of impressed that it is so neat and tidy.  Each type of waste has it's own tidy pile.