You've probably heard of the monster mosquitoes from Minnesota.  Well, apparently they have migrated to South Dakota.  As my husband and I were out driving out on Sunday we came upon this neat, isolated lake.  We pulled up right to the edge and we could see the car was just surrounded by giant mosquitoes.  I debated for a few minutes, but finally decided I would get out and see if I could get a few shots of ducks.

So I totally had to get a picture.

From the safety of the car. 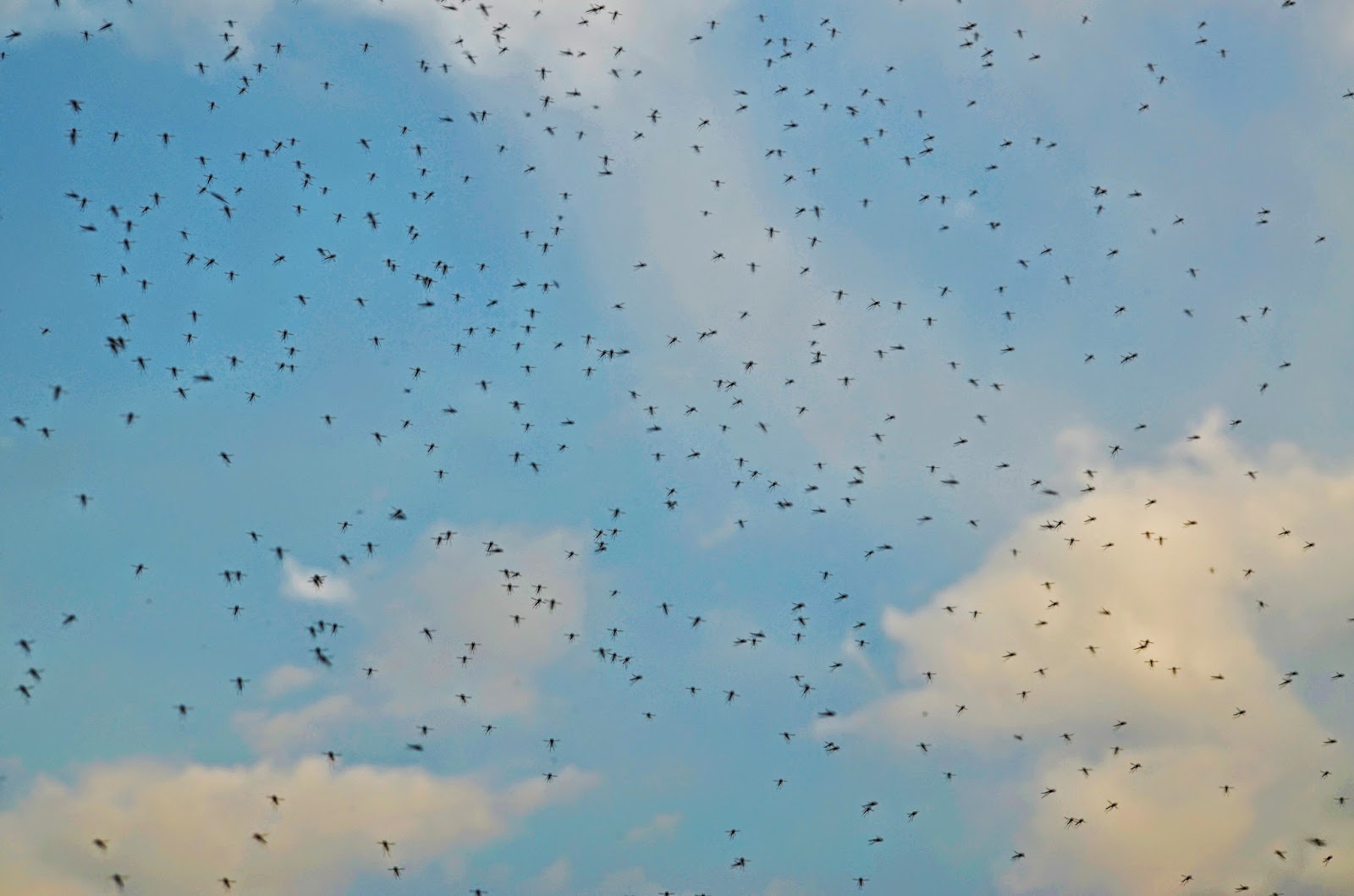 Oddly, several other small lakes had no mosquitoes.  And I'm happy to report that I had no bites!