A few final comments on my exciting trip into China.  First, it was an overwhelmingly positive experience.  I think I was fortunate to have primarily seen Changzhou because from what others who visited other cities have said, Changzhou was very modern and upscale and did not have the extreme crowding that can exist in other cities.  We did not experience any fighting for train space or walking shoulder to shoulder among throngs of people on the streets.

Nanjing was busier than anything in Changzhou, but the trains were very empty and in the park/mausoleum while there were people it was not unpleasantly crowded.

I had full on Chinese meals twice.  I knew these meals would be nothing like eating Chinese in the U.S., and I wasn't sure what to expect.  Our first meal I chose barbeque, but we were with three Chinese gentleman who did all of the ordering, so we had a nice mix of foods, everything from chicken and pork on a stick, to fish, to shrimp, to veggies.  The only thing I did not like was the boiled shrimp dumpling.

Here is the inside of the first restaurant, isn't it cute? 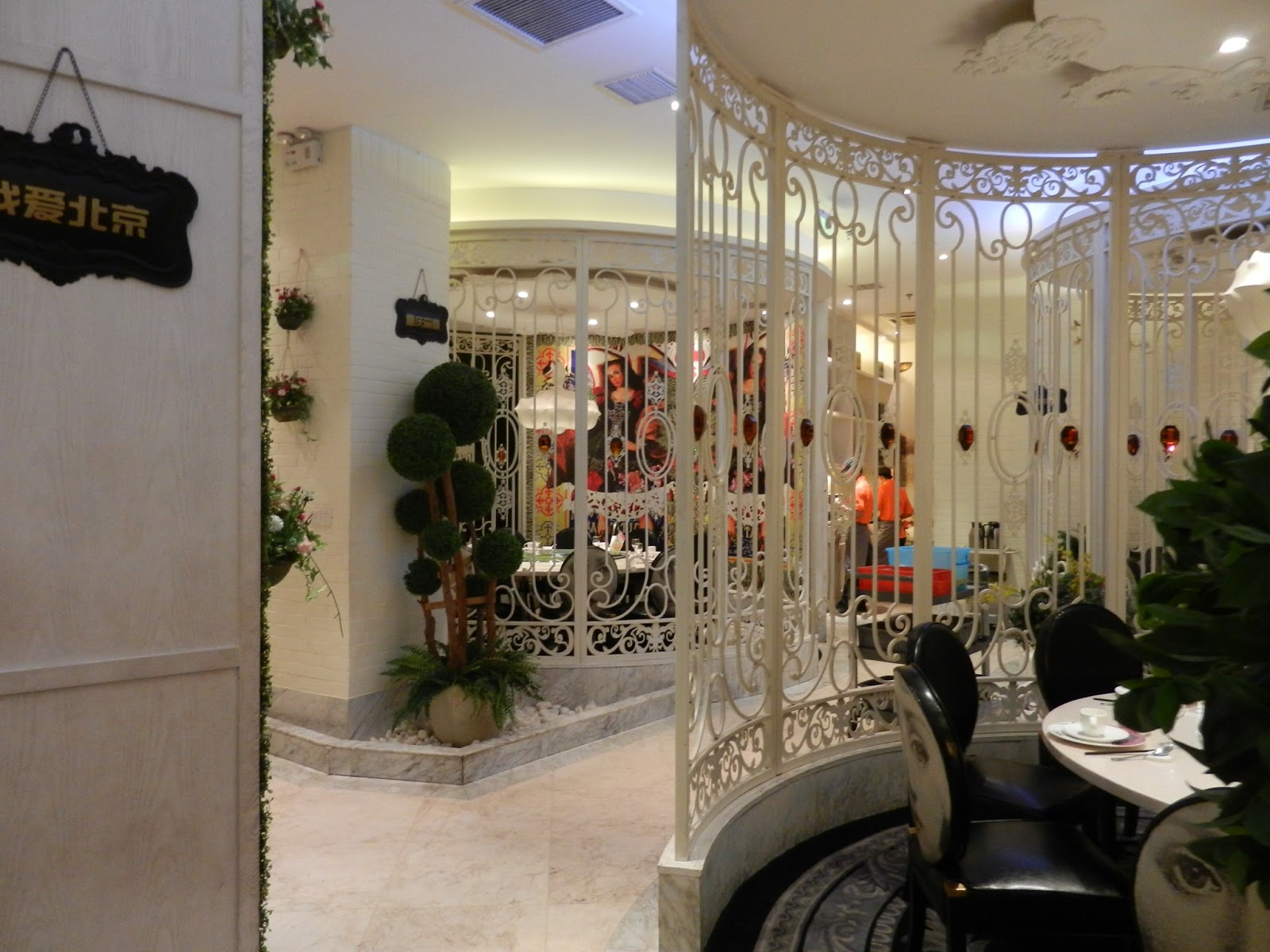 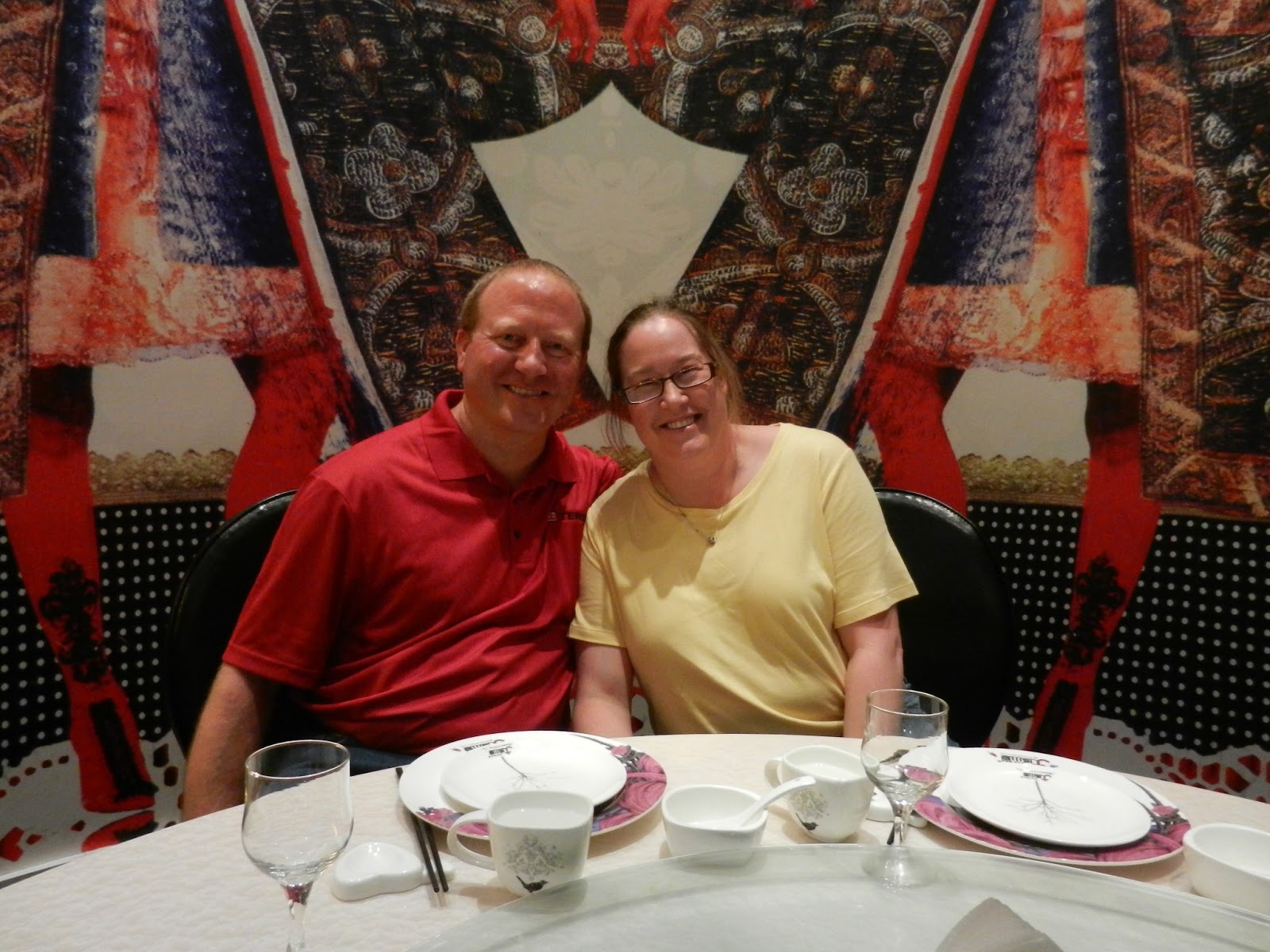 Our meal.  Several fish dishes and some peas off on the right. 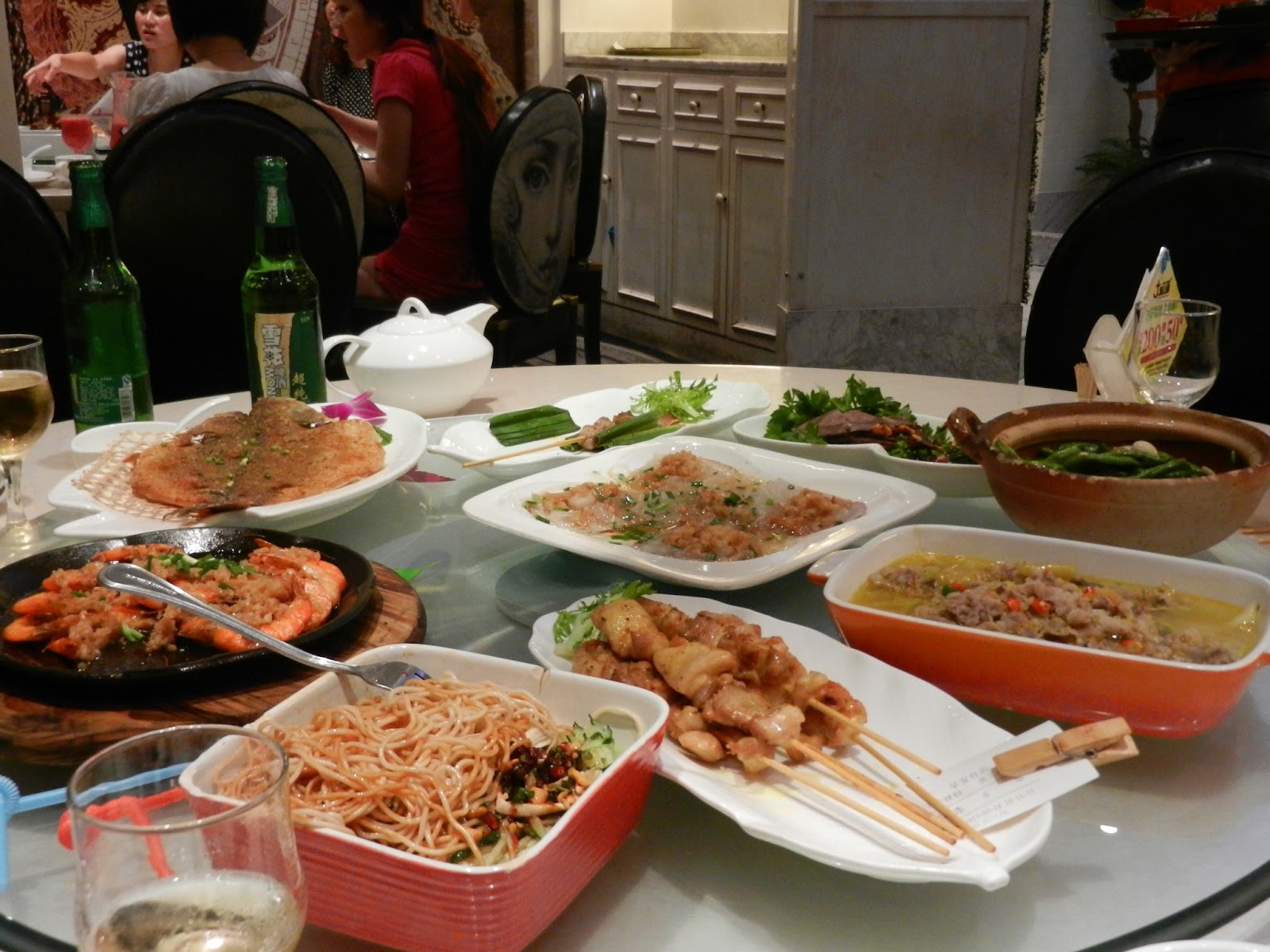 Interesting fish yes?   It was quite good. 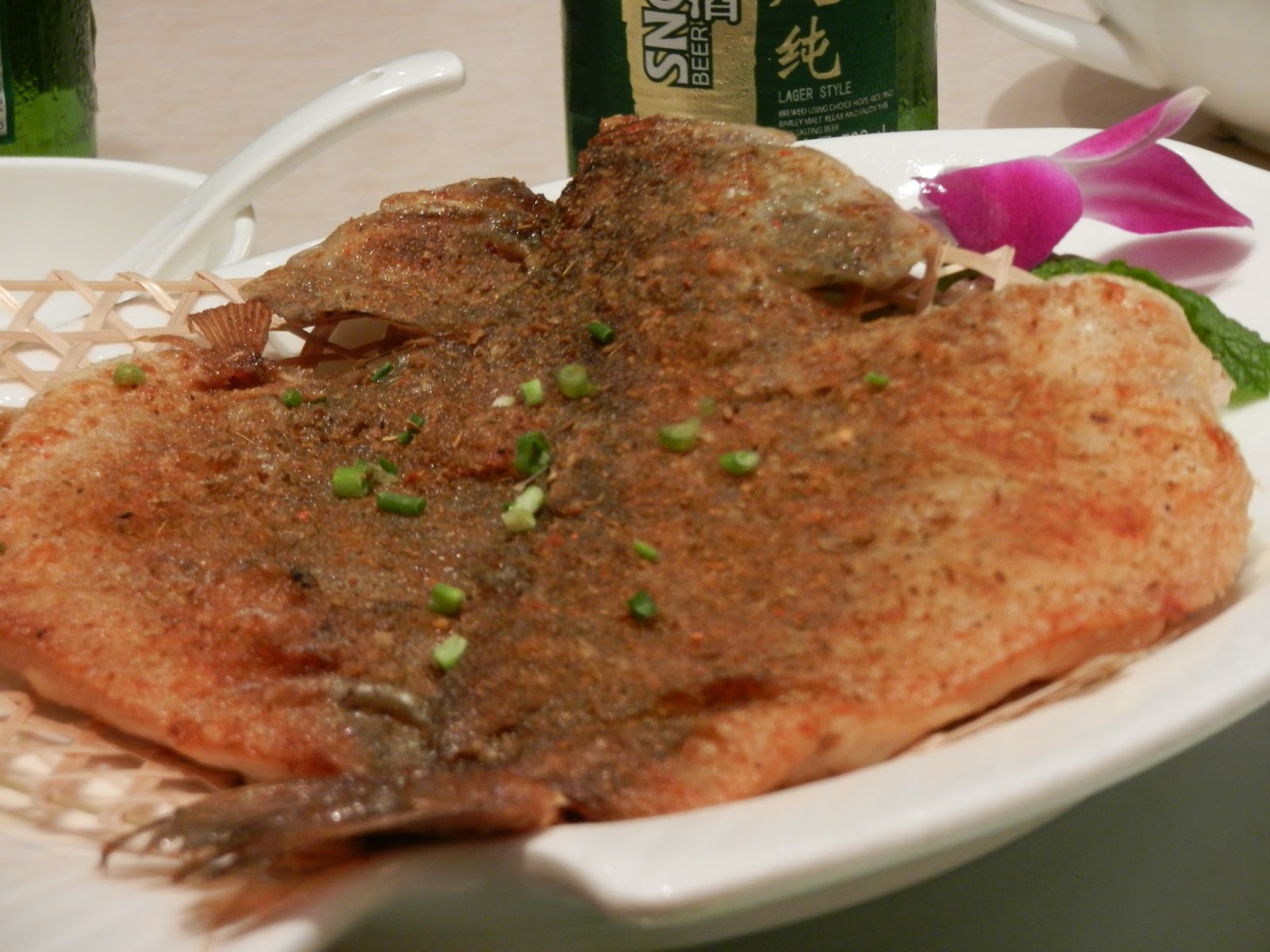 This was the second restaurant.  This was my favorite of the two.  Several truly delicious items here. 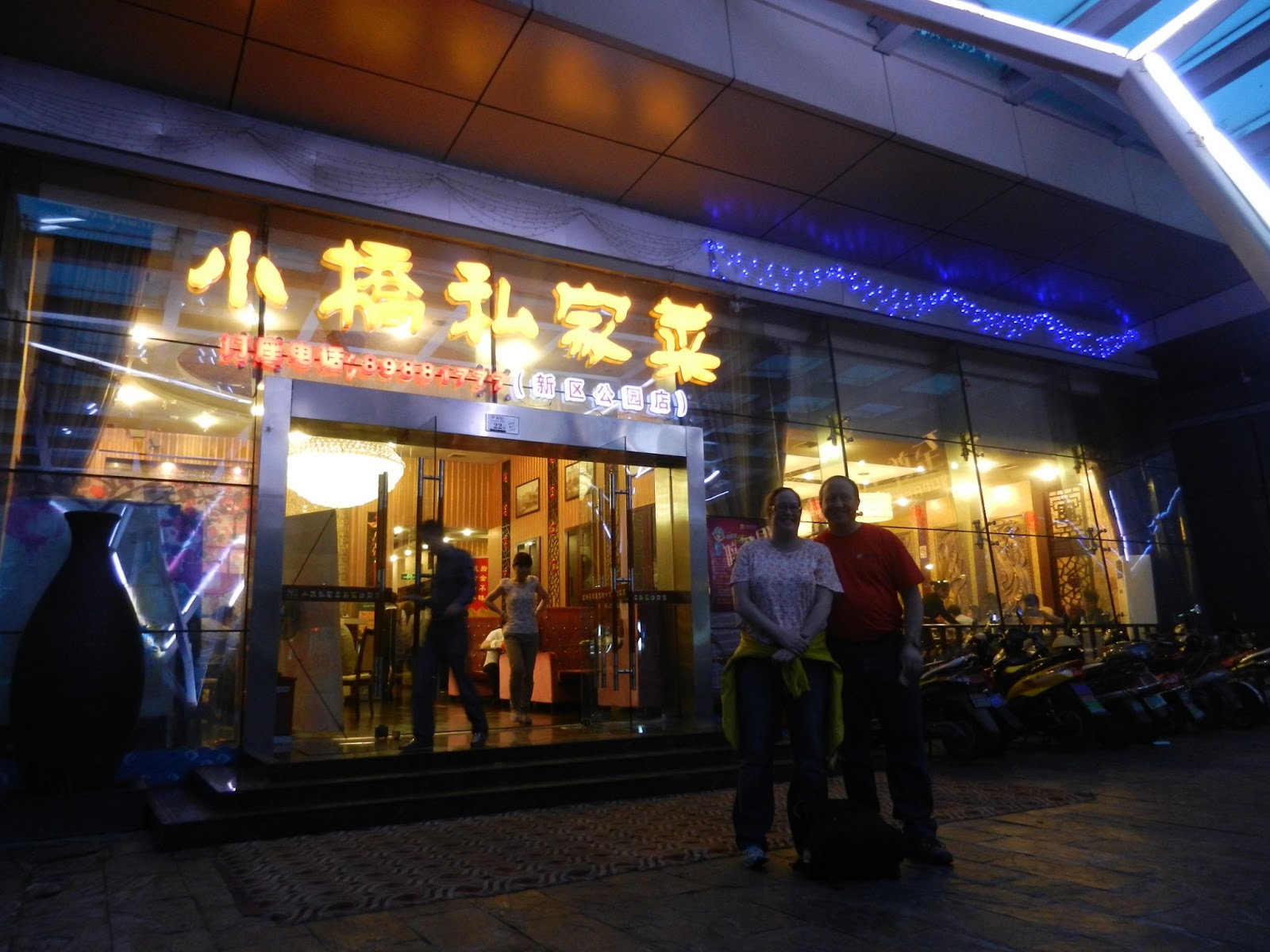 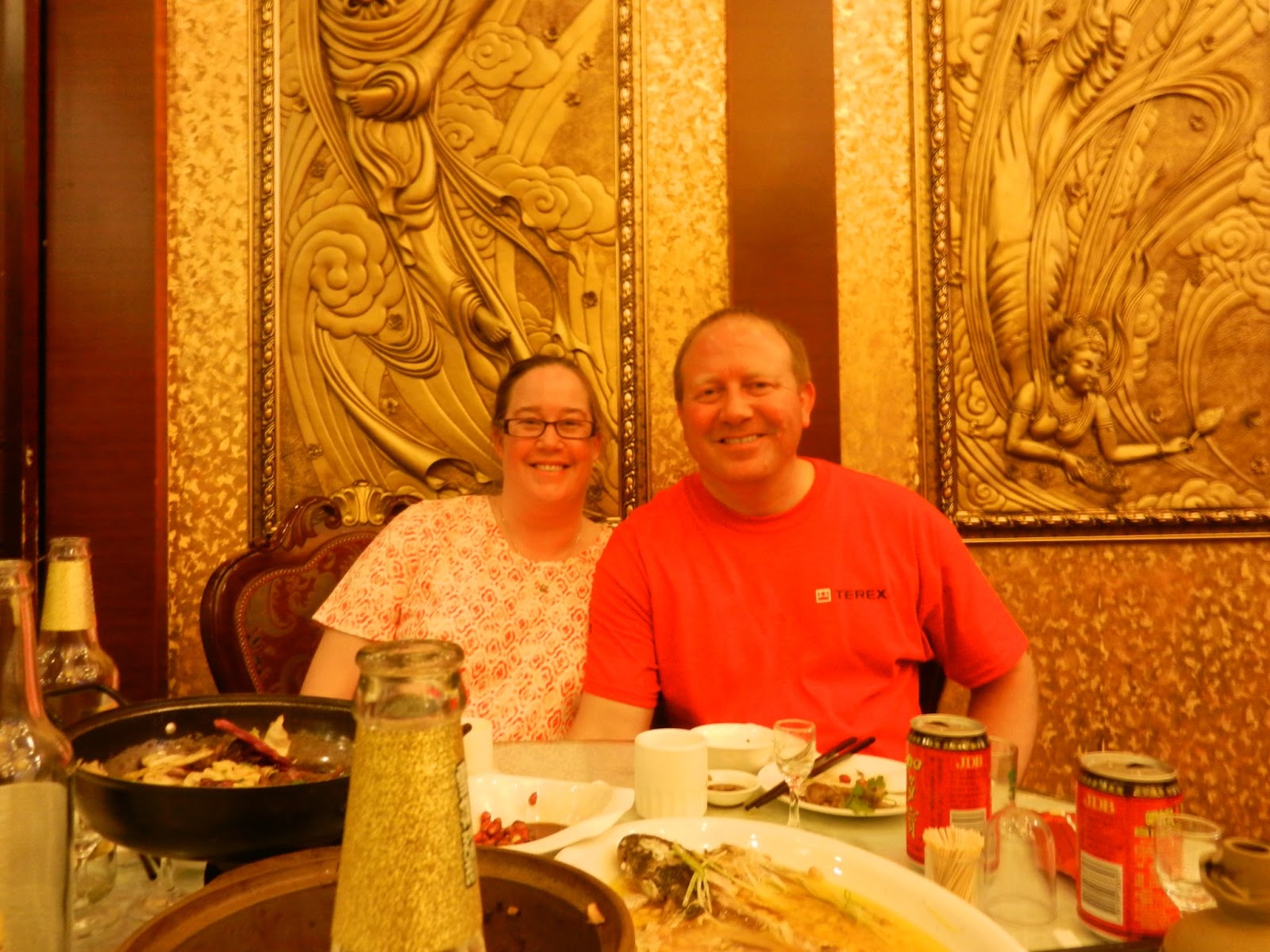 These fish (crawfish?) were yummy. 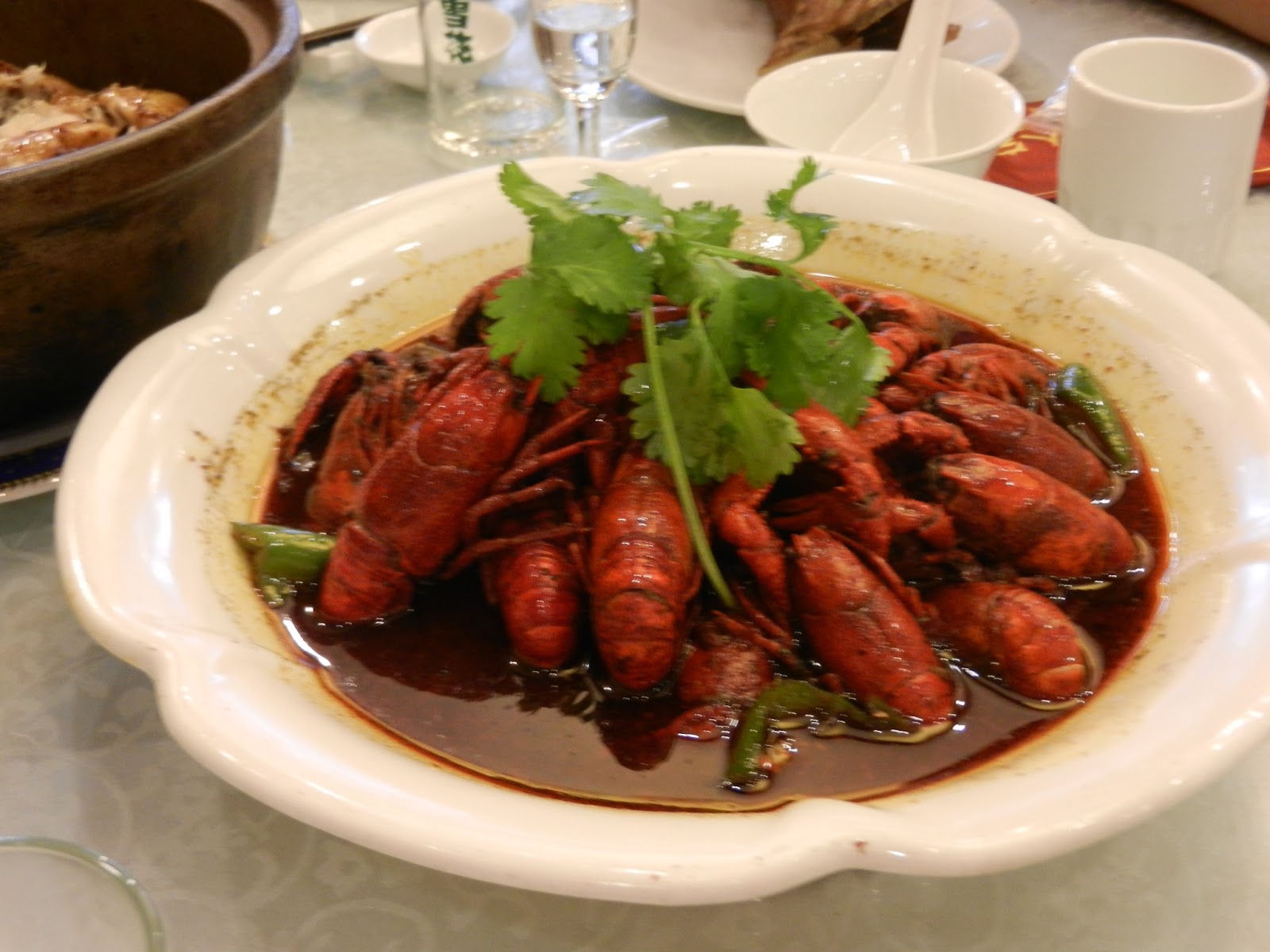 But it might have been the baijiu (at least that is what we were told we were drinking).  We only sipped our one shot, so it lasted a while.  I didn't think it was any more terrible than hard liquor at home. 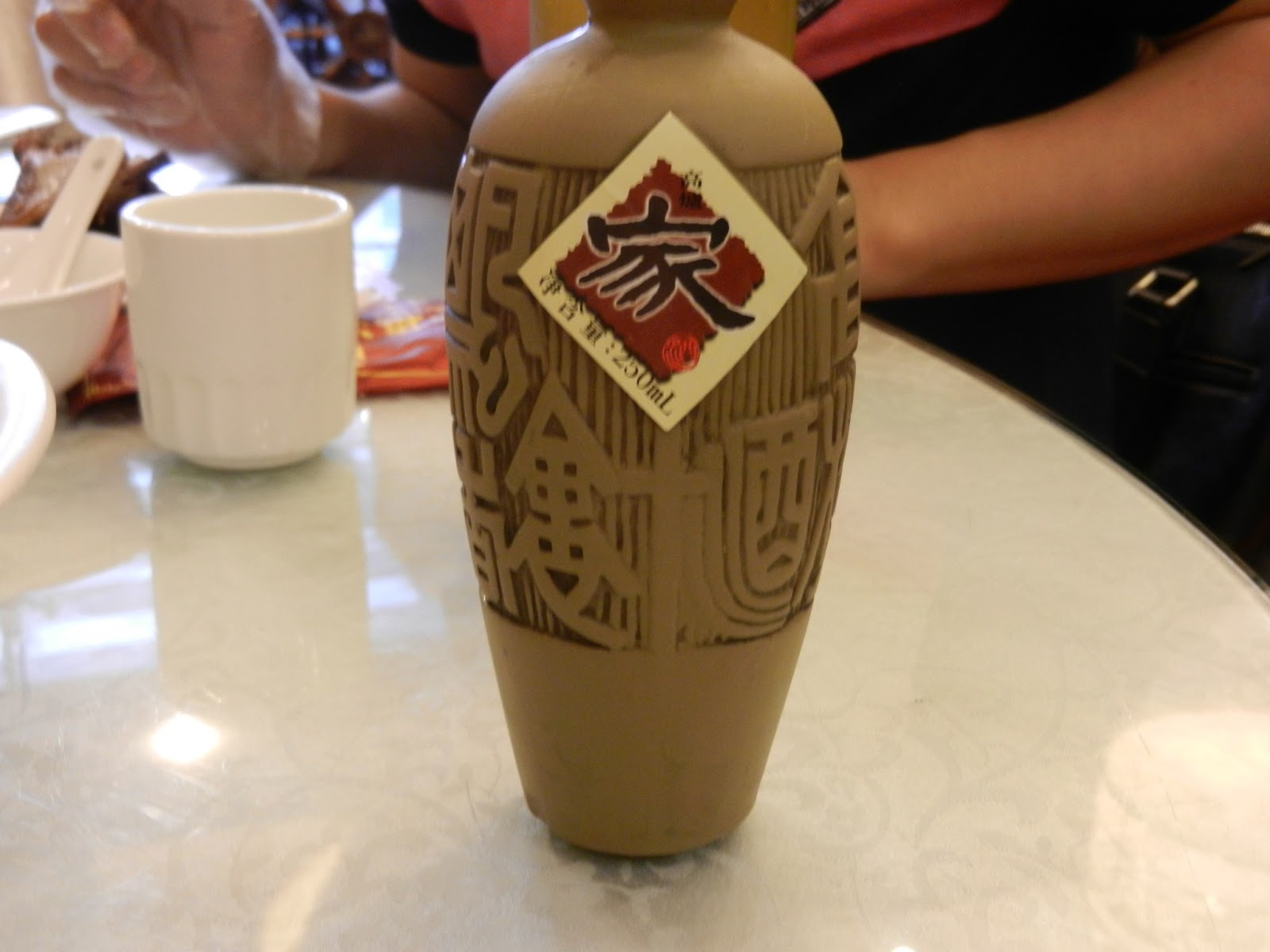 A fabulous treat - fried peanuts in balsamic vinegar.  I even managed to eat some of this meal with chopsticks.  I was told I was competent if I could get to the point where I could pick up peanuts with the chopsticks.  I totally did! 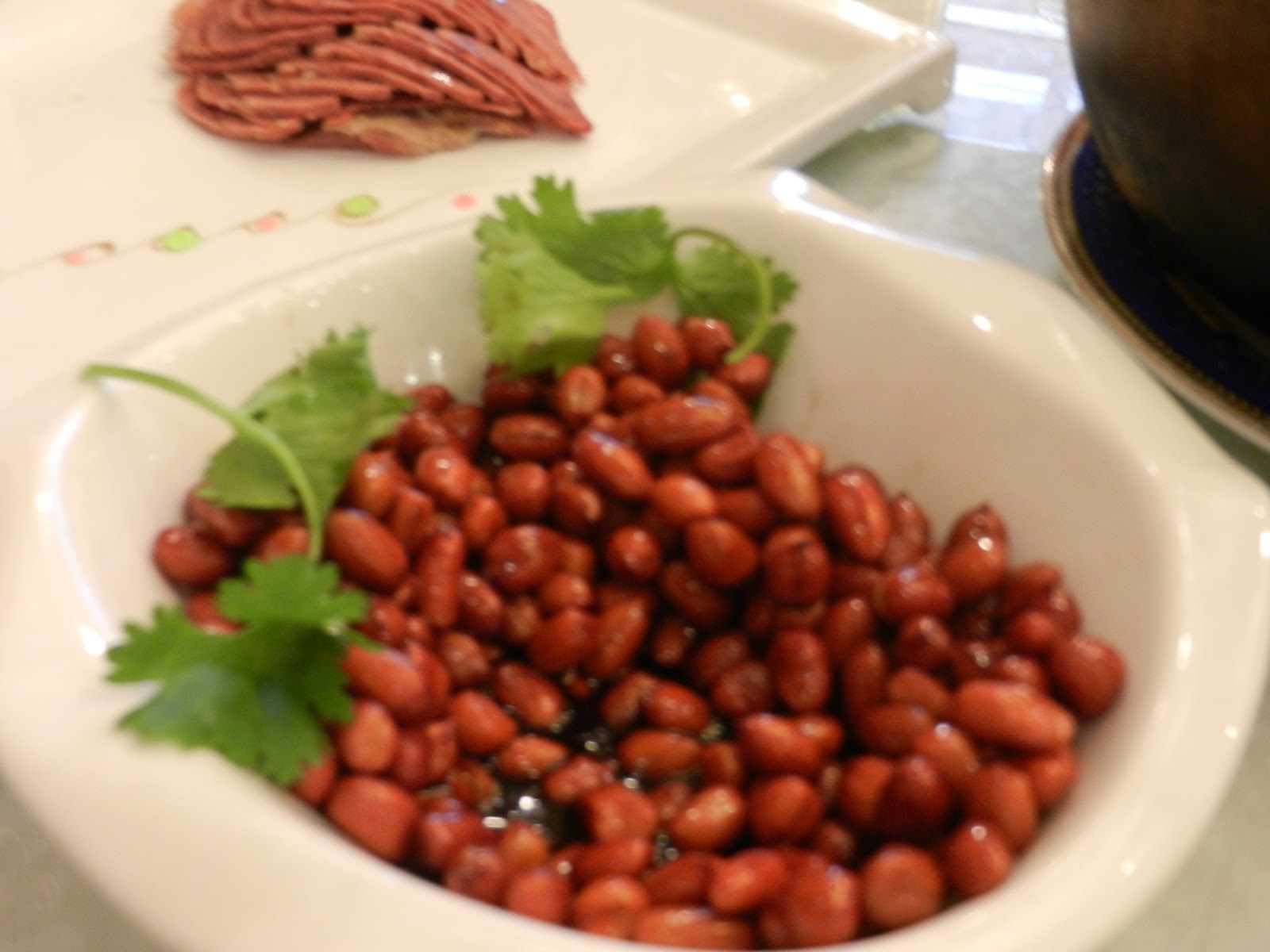 I thought this was chicken.  It was good.  When my husband was going for a second portion he pulled out the head.  Maybe it was actually duck.  And he no longer felt hungry for that second helping. 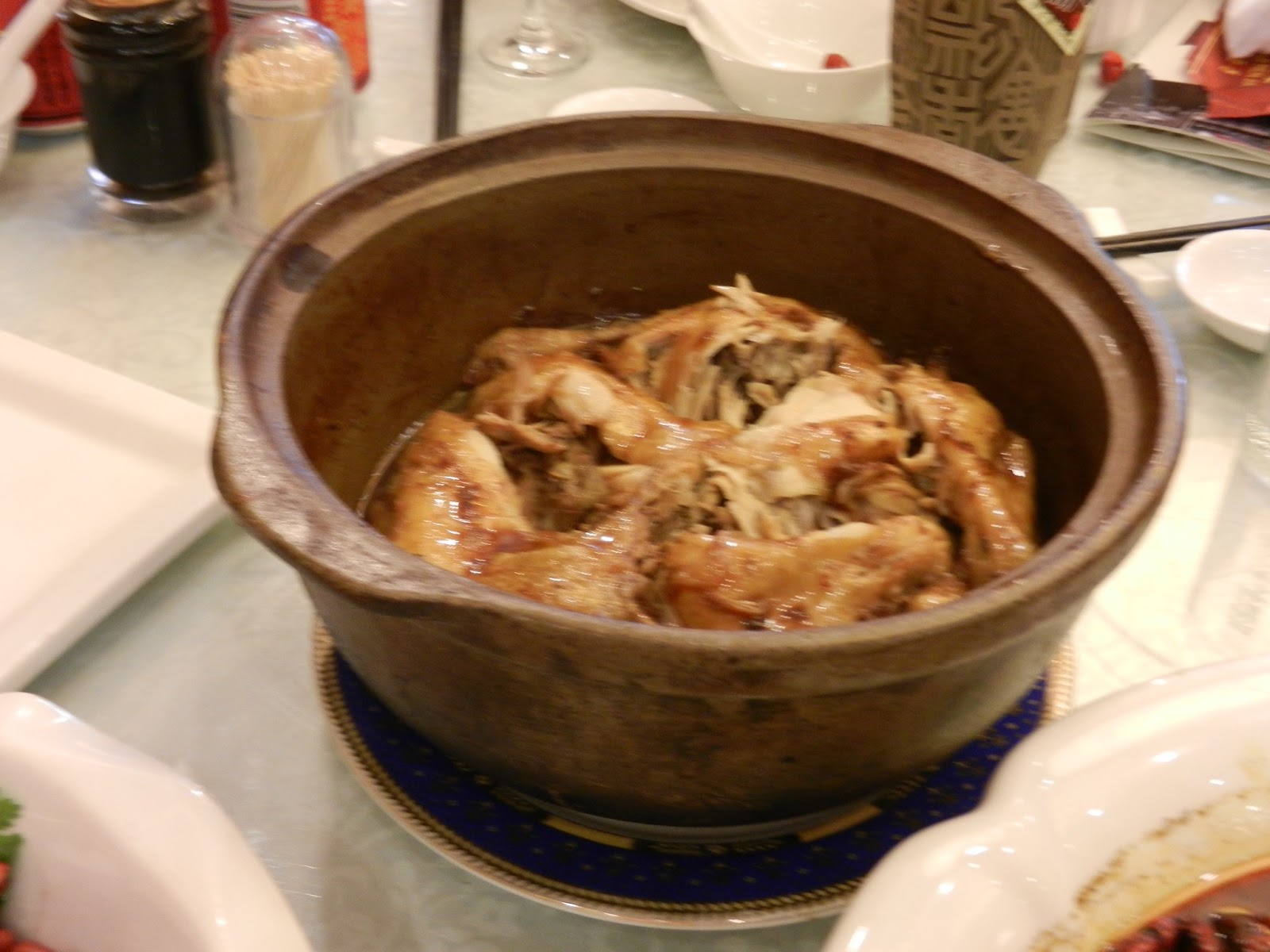 Both evenings our Chinese guests were excited that I was up for some beer.  I do not actually drink beer in the U.S., but I can tolerate it.  I was a bit worried about how easily I would be able to enjoy a Chinese meal since I am not much of a fish eater, and I'm not terribly adventuresome when it comes to new and exotic flavors, so I figured a beer might help.  Turned out the beer was really good.   Plus the food was good on its own too.  ﻿ 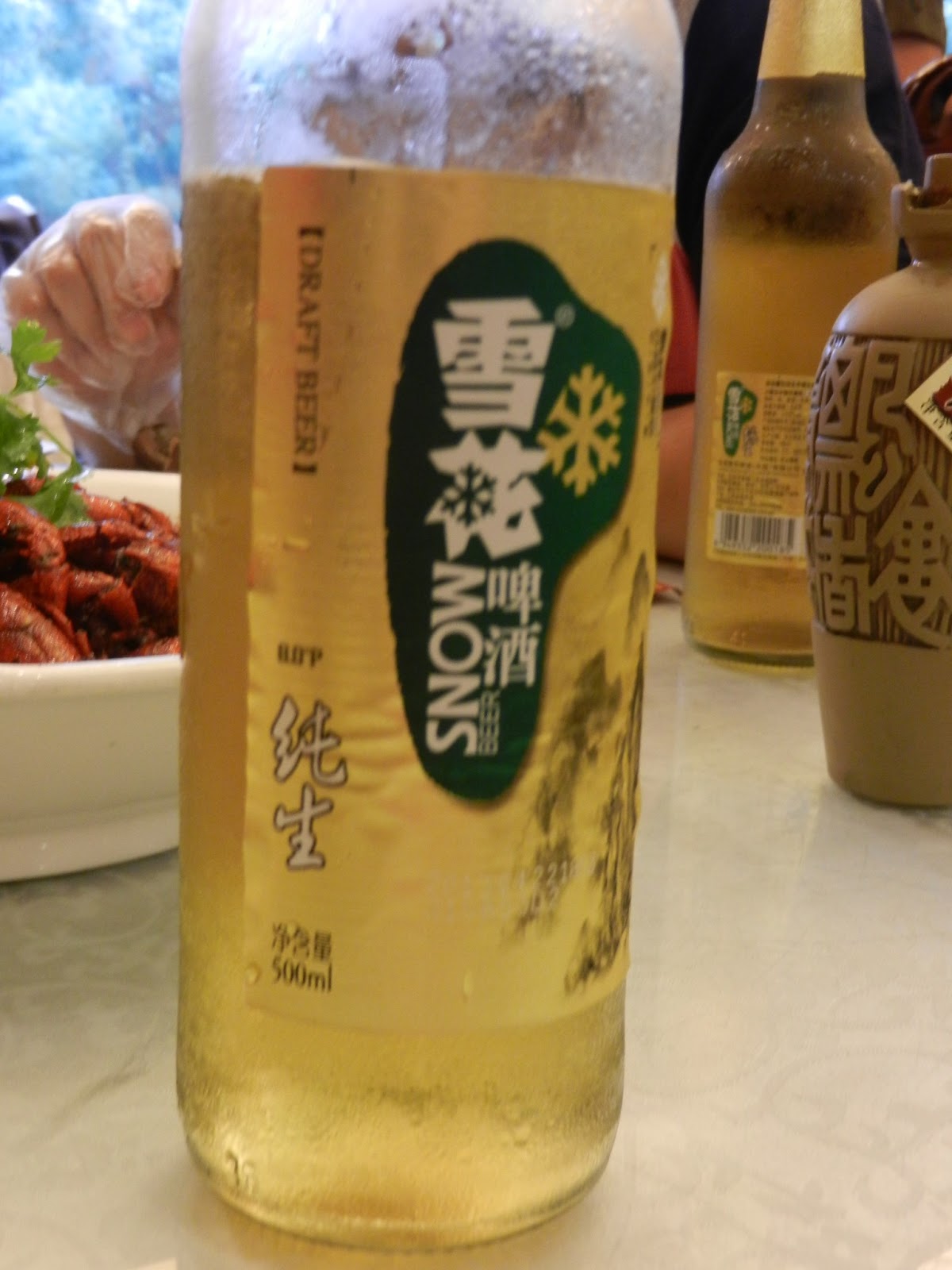 All in all China was a win!