Today I traveled to Fostoria, OH for an audit.  The group I audited shared that Fostoria was famous for trains - and that they had the busiest train crossing in the country.

This I believed. On my way to the audit I had to wait for not just one, but two trains. It was more than a 10 minute delay.

Luckily I had planned to arrive 15 minutes early, so I was still on time.

After I finished work for the day, I let Google direct me to the best spot for watching trains.  Huh. I must have showed up during a down time.  No trains.  And I got bored after about five minutes of waiting so moved on.  But I photographed the train tracks to show I was there.

There was, however, a neat train mural downtown, and one awesome old church that made me feel like I was in old England for a second. 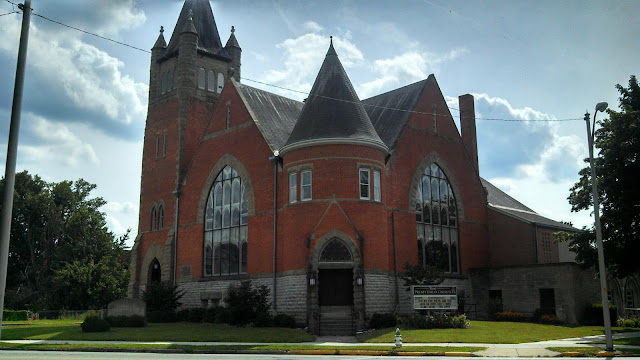 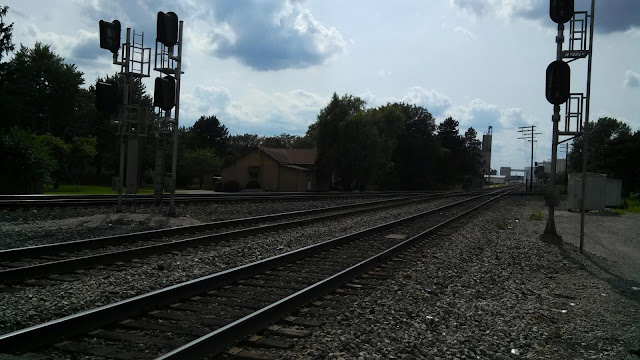 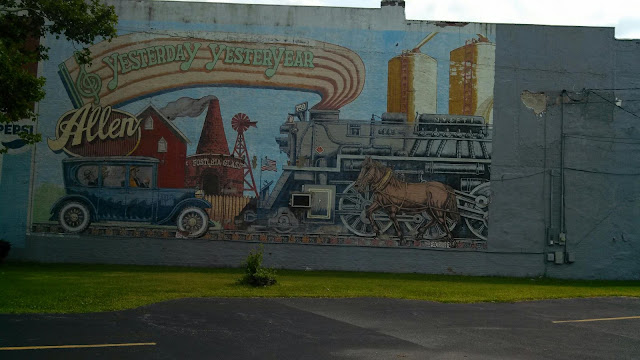