After my success yesterday at the lake finding the cool, blue dragonfly, I took my walk with my camera today with the hope that I might find other dragonflies around. 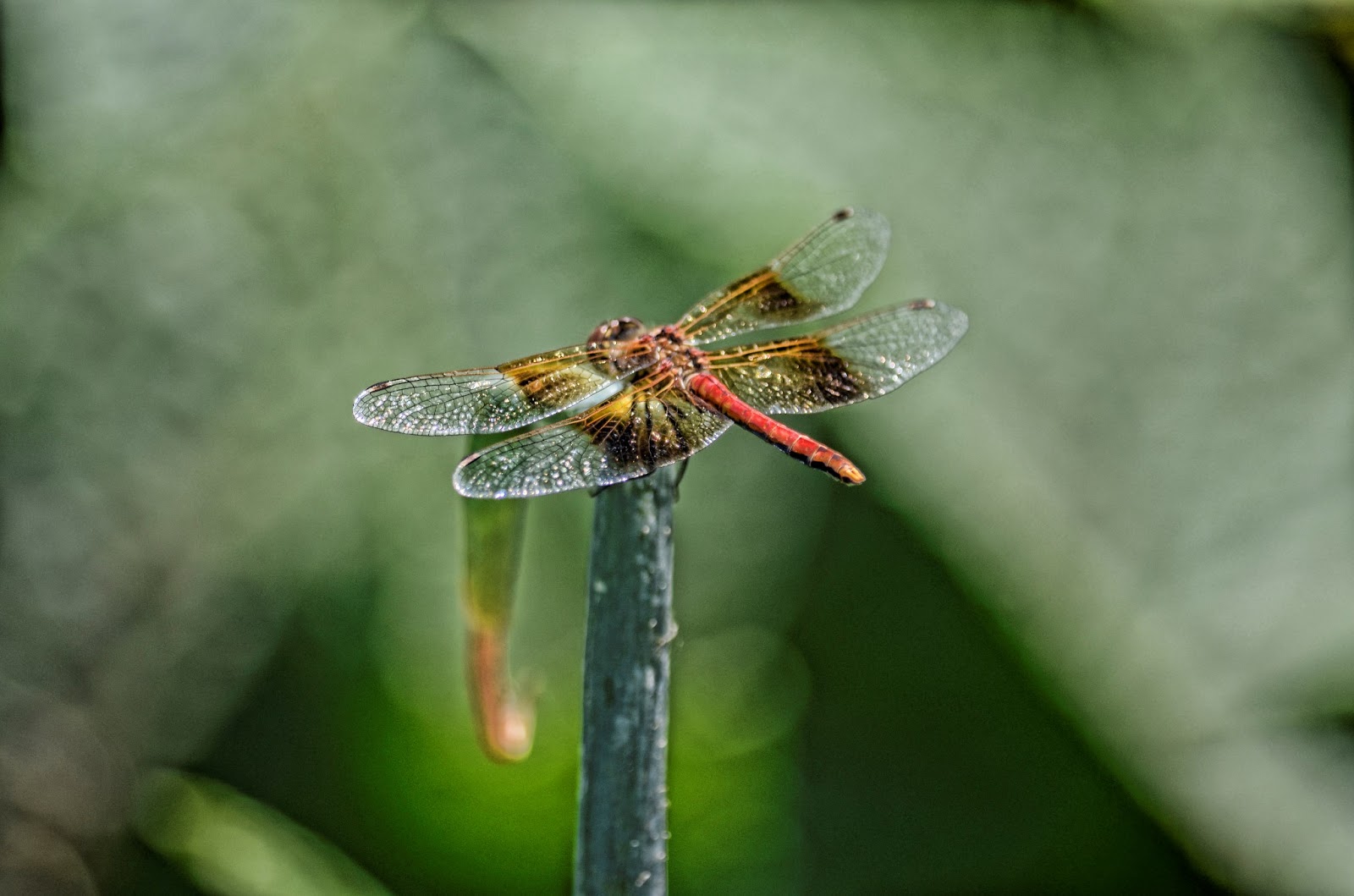 And boy did I hit paydirt.  I love these little guys.  They seem to like people, and don't just fly away when people are around.  The dragonflies in my first two photos actually seemed to be posing for me.  They would fly a bit, land on a stalk right near me and just sit as I photographed.  I was photographing around a garden (not mine) so I had limited views in order that I not step on any vegetables.  But these guys were wonderfully still.  After about a minute they would fly around for a few seconds and land again. 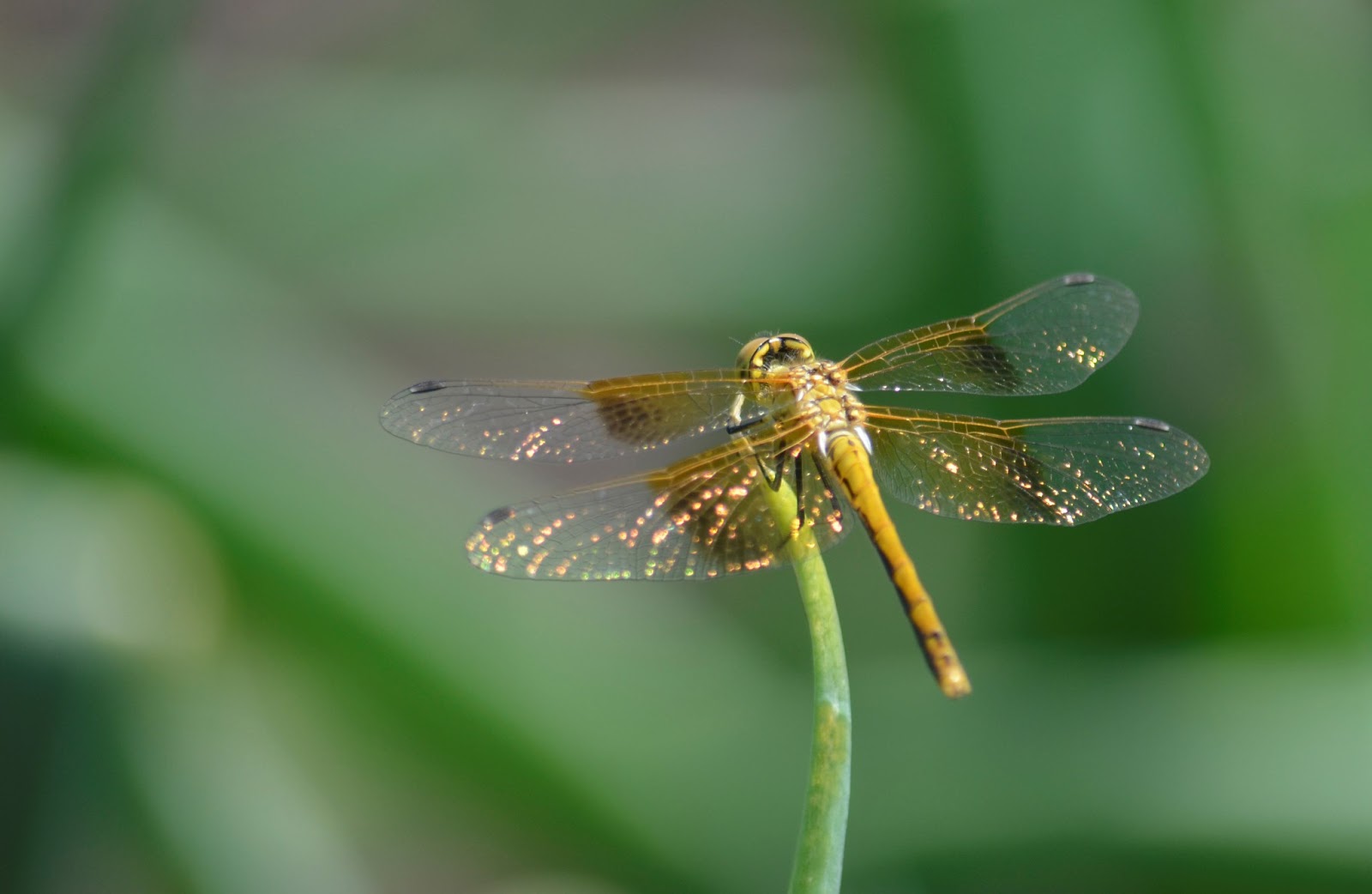 Then my mom told me about "The Dragonfly" story.  (You can google it, it's a sweet story.)  I am a bit embarrassed to admit that I did not know baby dragonflies lived in the water.  But it totally explains why I always find them in abundance around areas with water.  The garden where I found the first two today was right next to a swampy area where I find the last silver guy.

The black and silver dragonfly below, was one of five that were flying about.  They were not easy to photograph.  They would fly and fly and fly around me, landing only once every five or six minutes, sometimes for just a second.  It took me more about a half hour to capture a picture I was happy with. 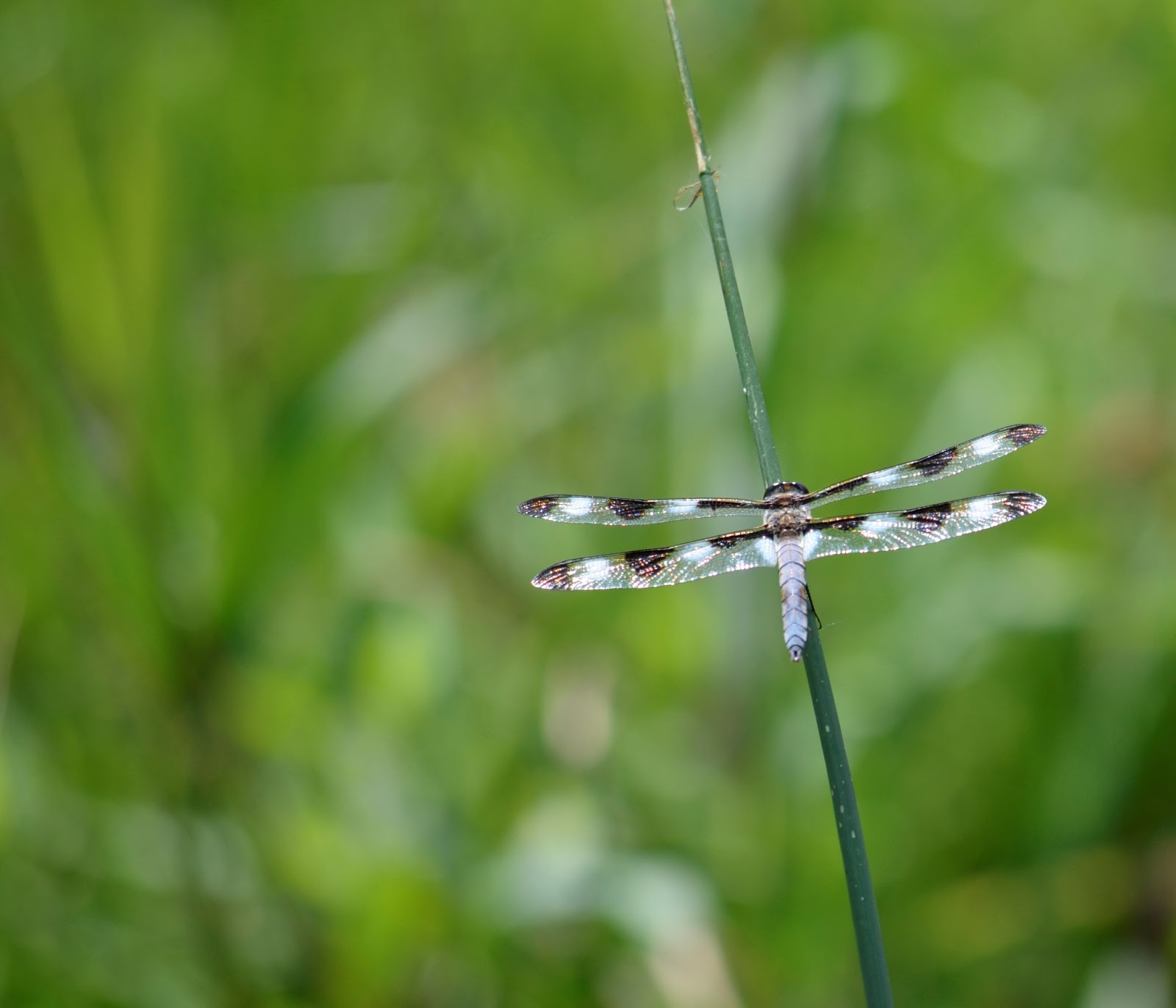