Thanksgiving day.  Family celebrations fell on the surrounding weekends, so the day was mine and my husband's.  He decided that even though we would be having turkey two weekends in a row, that one more day of turkey would be fabulous.  Lucky for me, he's happy with somebody else doing the cooking.  (He hates dishes as much as I do, plus it would be more expensive to cook a big meal for two than it was to have Thanksgiving buffet at Hy-Vee, our local grocery store.)

As we ate, the most awesome blizzard started.  Awesome because there was no way snow would stick around after a week of 50 degree weather, so driving wouldn't get hazardous.   We arrived back home at the tail end of this hour long 'storm' and I was able to get a nice shot of our house in the snow.

By the time I took the picture, the wind had died down and the snow had lightened up, but I still liked the picture I ended up with. 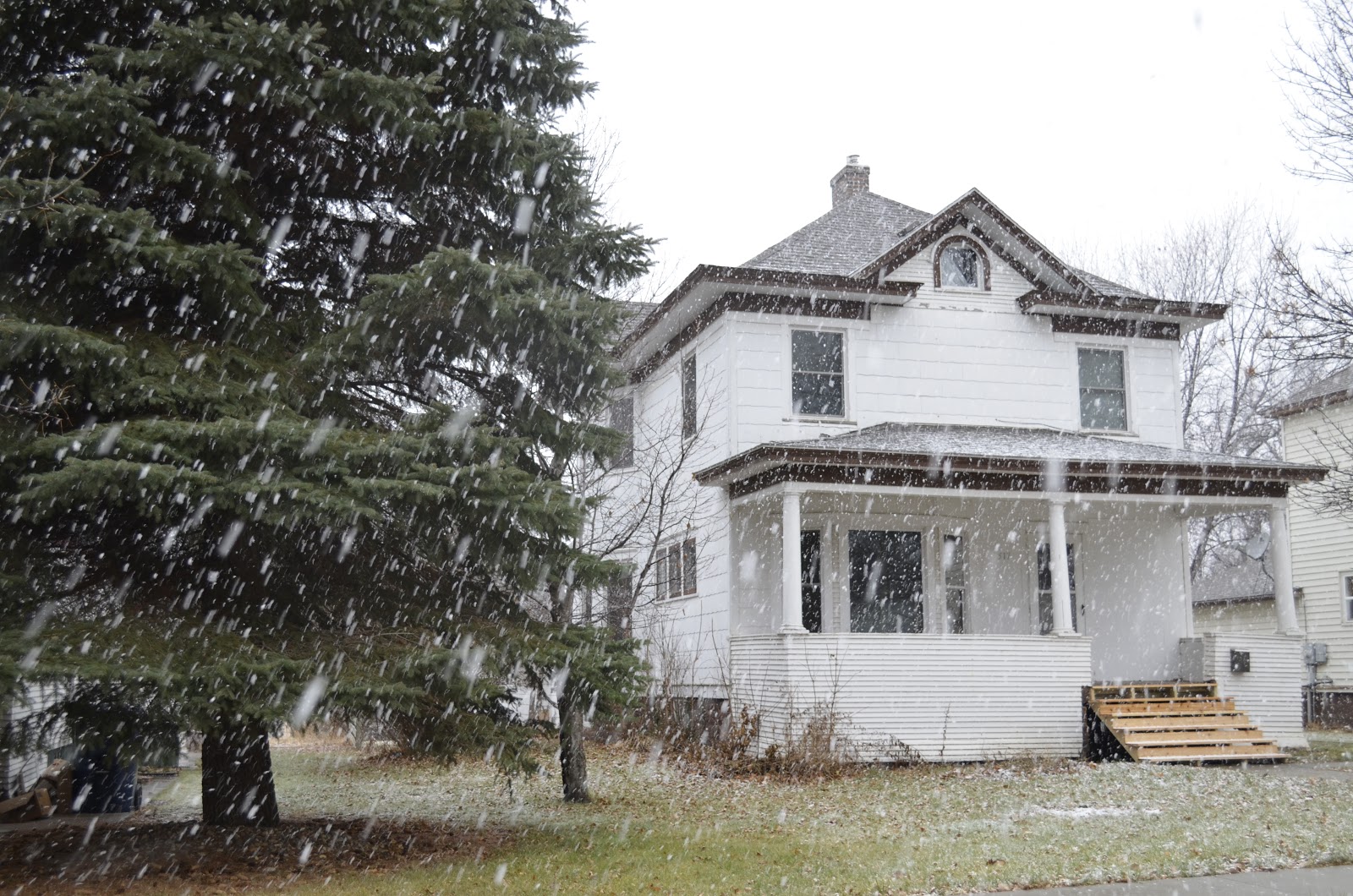 Oh, and in the picture of the house you can also see the brand new, front steps that my husband built just a few weeks ago.  (They're almost finished.)  We needed new steps since the old steps had been painted with some super slippery paint, and also because some wood at the very top was rotted enough that I was afraid someday one of the wonderful men who deliver my Amazon packages would fall through, and then Amazon would take away my delivery privileges.

That would be a tragedy.

A neat view down the street too. 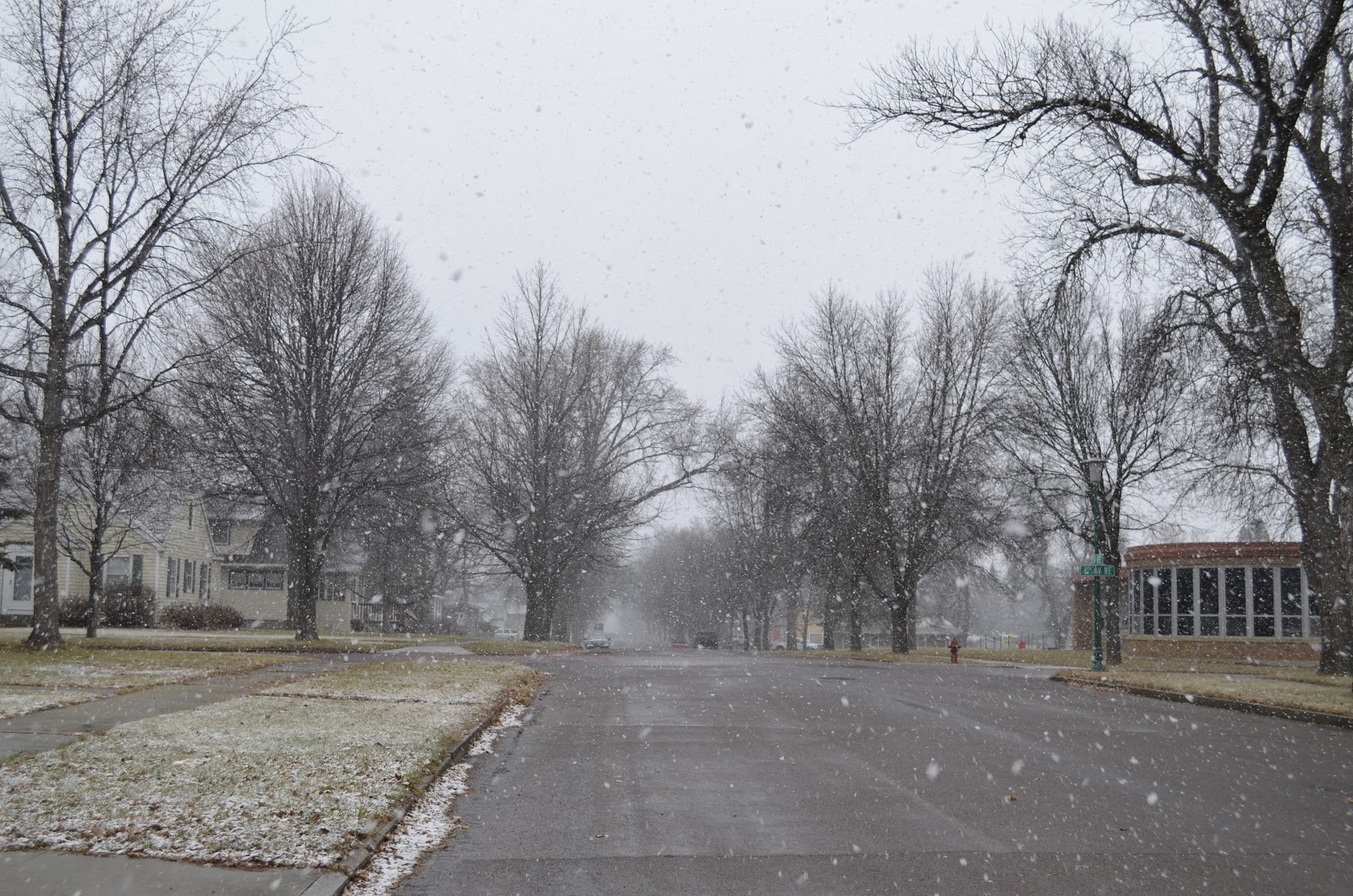 Happy start to winter.
Posted by Unknown at 6:00 PM