Orange cone. Plus blizzardy, it's a word!

The winter doldrums.  Short, dark days.  Bitterly cold temperatures.  It is a good thing that I have a job to go to because otherwise I suspect I might never crawl out from under the warm covers.

This winter has been particularly cold and blizzardy.  (You cannot see the bright, red, squiggly line telling me that blizzardy is not a word, but that underline is there.  Twice now.  But spell check you are wrong.  BLIZZARDY is a word.  A horrid, zero visibility, ice covered road word.)

I have now added my made up word to my computer's dictionary so I can use blizzardy at will.  Haha.

(Turns out that Haha is not a word either.  This is just not my day.)

It has been about a week since I got out and took photos.  Life got busy, plus the previously mentioned winter misery led me to spend time reading next to a space heater instead of running around with my camera.

But last time I was out I just drove around, determined to drive somewhere I had never been.  I found a neighborhood at the beginning of the development stage (roads only) and I captured a 'rule of three' photo. (I am not certain if this is a real rule or not.  But on Twitter I follow a group who first had several days posting examples of the 'rule of thirds' and then they spent several days posting examples of  the 'rule of three'.)  I thought it was a great rule and so I started looking for my own photo to contribute.  I was a bit late, but eventually I found one! 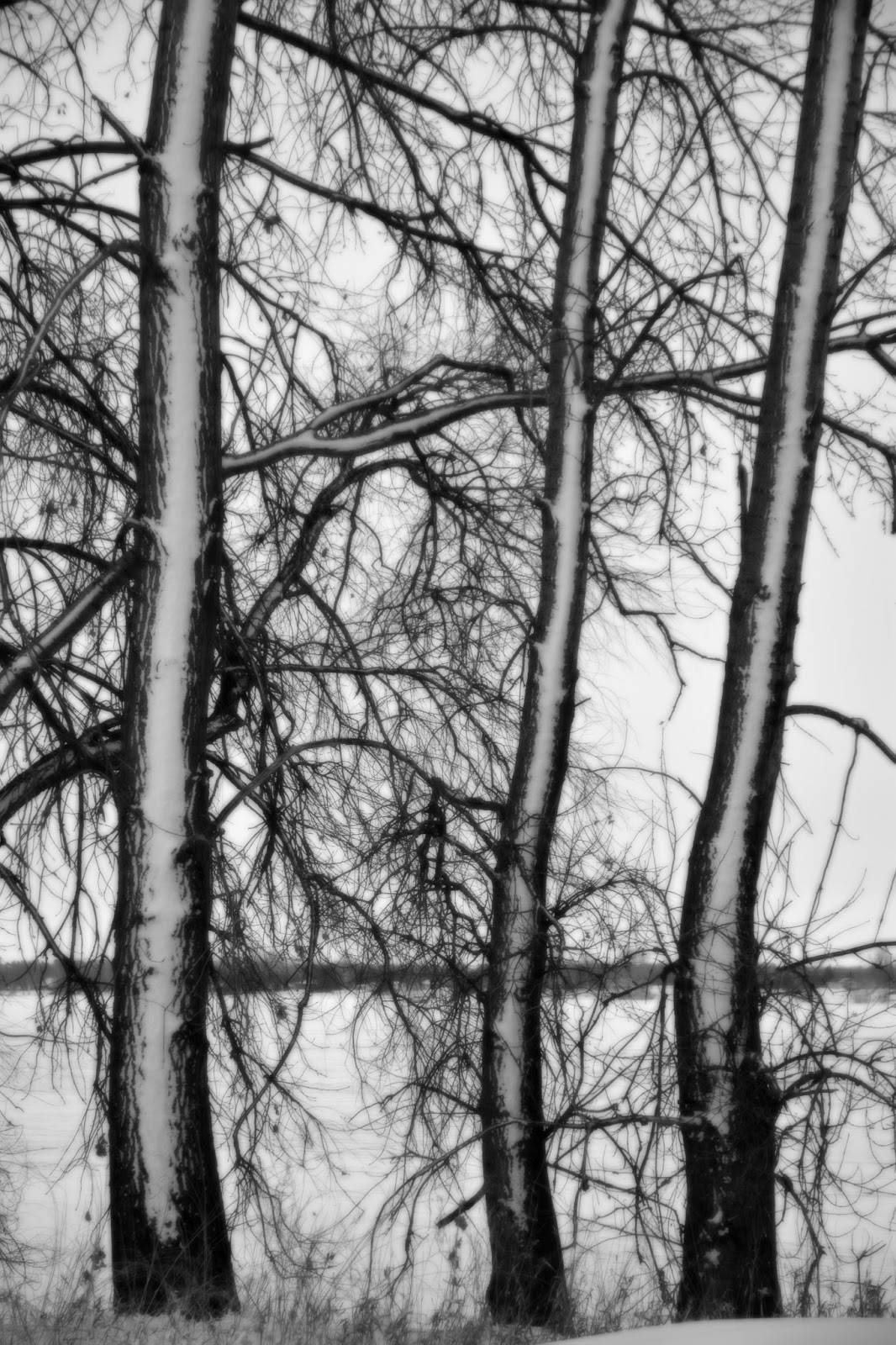 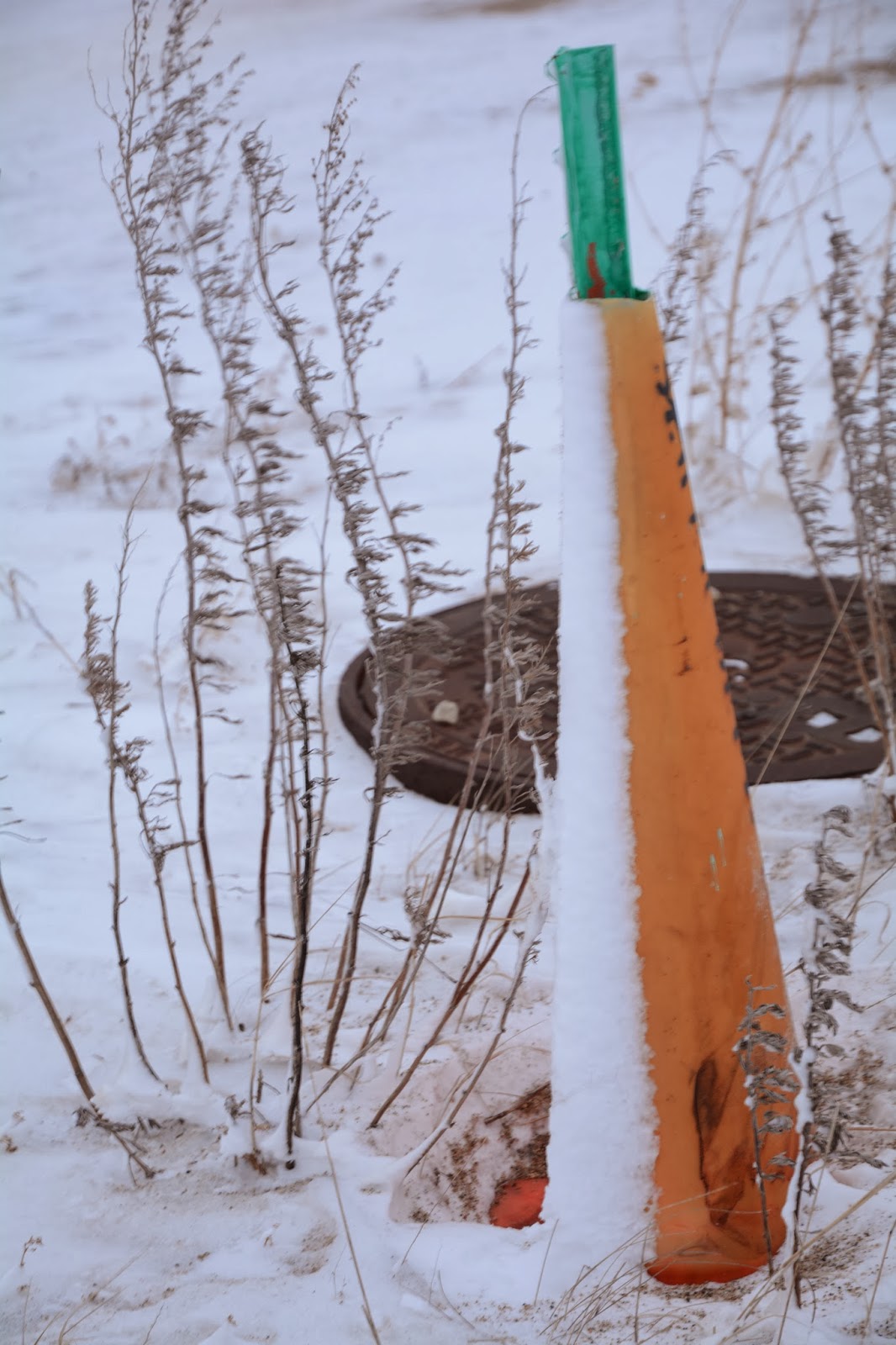 Finally, here is my stellar attempt at making myself take a photo, any photo, before giving in to the siren call of a warm house.  I was in the Target parking lot where there was a lovely tree with red berries.  Nice, and a perfect chance to pull out my Lensbaby fisheye. 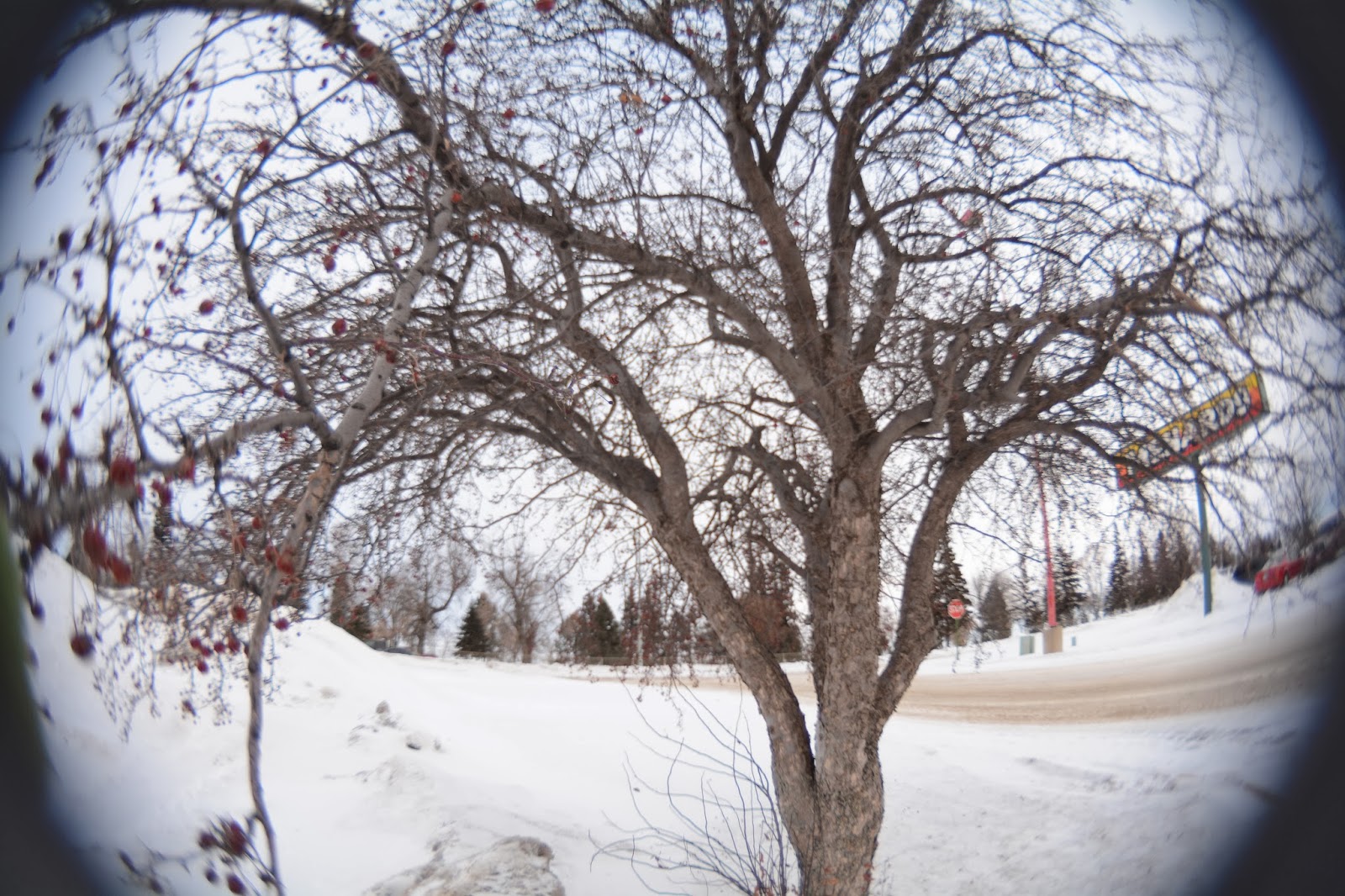 Not exactly a stellar photo - but I kind of like the amount of interesting details in the photo when you really look.

Stay warm while seeing on!
Julee
Posted by Unknown at 10:04 PM