I got an android smartphone about three months back and it's pretty great.  Except perhaps for the storm alert feature.  At some point in the first week or so of owning the phone, I remember something popping up asking me if I'd like to get severe weather alerts.  "YES, yes, I definitely want to be alerted to severe weather" was my response.

I live in South Dakota, home of severe weather winters and I have a 50 mile commute to work.  We also get the occasional tornado in the summer.  Knowing about severe weather seems important, and since we had not yet purchased one of the devices with a siren that goes off when a weather alert is issues, I figured the feature on my phone would be great.

What the app did not specify was the time the alert would go off - apparently 4 a.m. There have been three or four occurances of said alert going off on my phone, and each time it goes off in the middle of the freakin night. And no, it does not appear to be related to when either the severe weather starts or when the government issues the alert.

Last night our ice storm started about 9 pm. We knew it was coming at noon. The ice storm was well underway at 4 am when my phone felt the need to wake me up. (I think it's fairly normal that I panic a bit that middle of the night calls or texts are family emergencies, although so far it's always been a wrong number or a storm alert.  Maybe this feature is not so important to have on?  I did actually turn my phone on silent at night for a while, but what if an emergency does happen??)

I was hopeful the ice storm would provide great photos, and it did not disappoint.   We did get far more rain than we got ice, but since the roads were then not nearly as deadly as they would have been had we really had a full on freezing ice only storm, I won't complain. 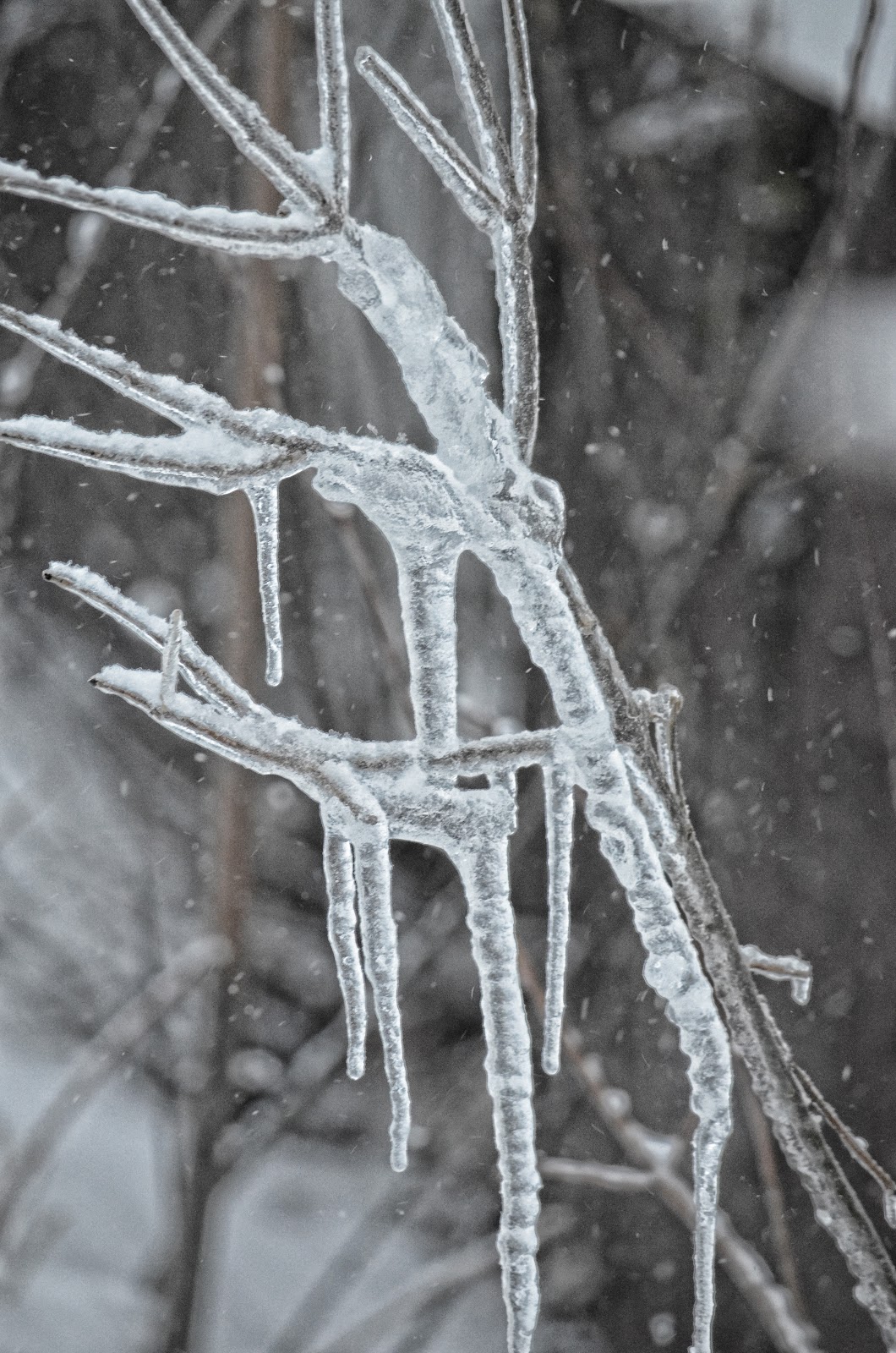 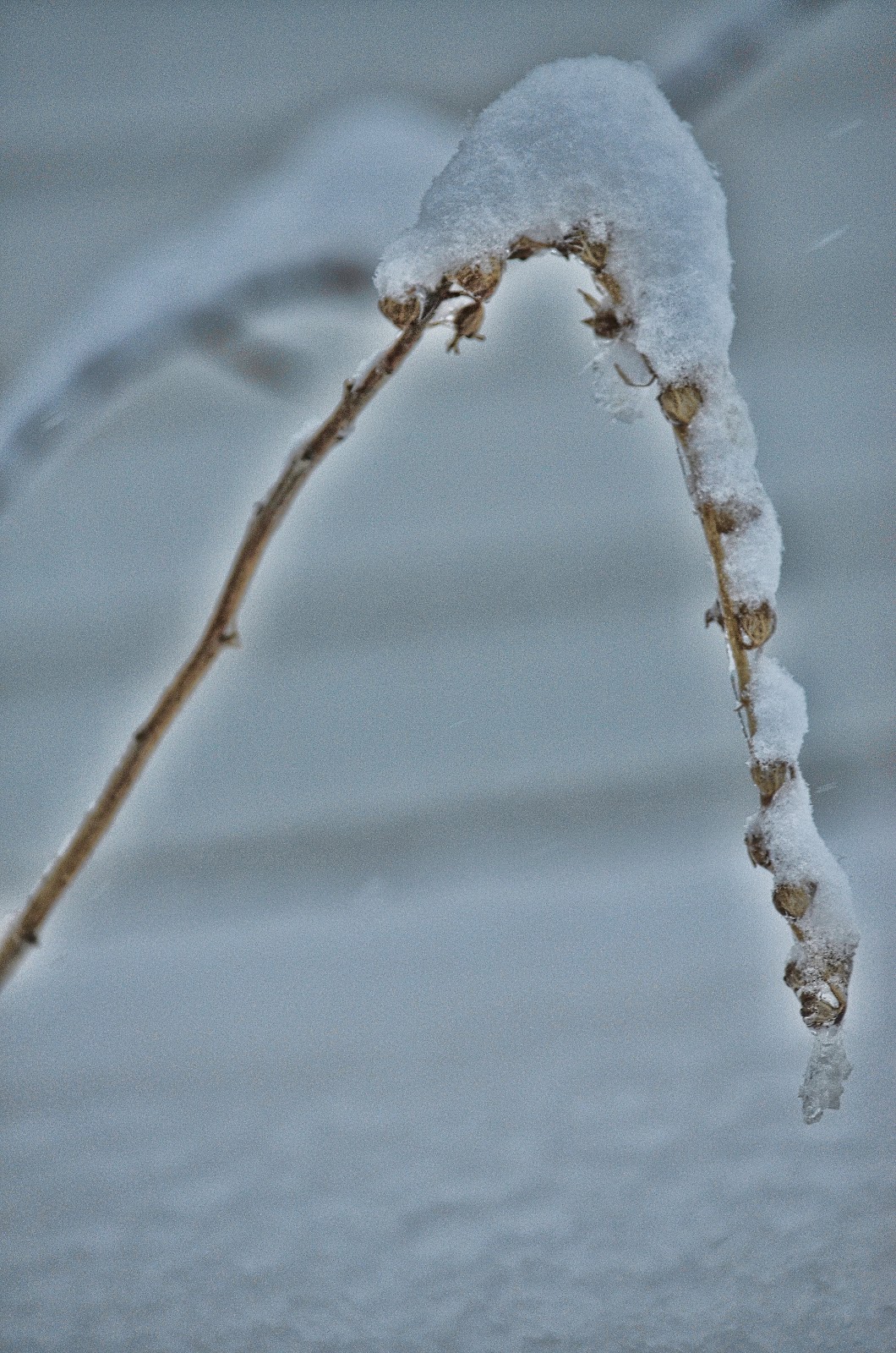 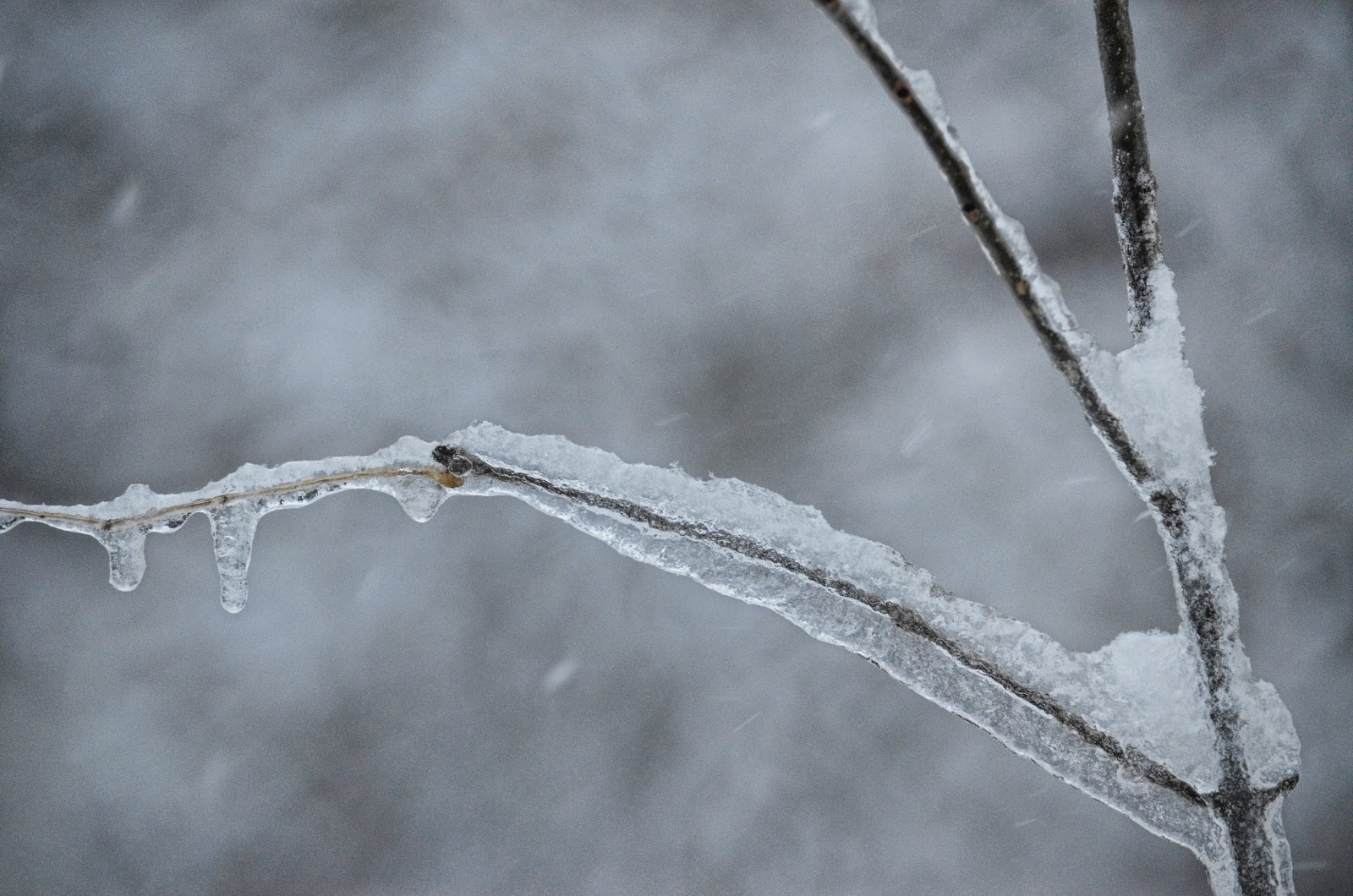 Now we are enjoying several inches of thick snow, so I predict more fun pictures tomorrow.