Twice a year we get the excitement and beauty of thousands upon thousands of geese traveling through the area.  The skies fill with flocks of geese, some large groups, some small groups, all squawking noisily during their attempt to travel north in the spring or south in the winter.

It is fun to watch partially because it seems like they send out small, tester geese, whose job it is to try out the route north early each year trying to figure out (I presume) if indeed the waters where the geese will head are open.  I like to watch these early groups who are often flying sideways or backwards, like they know they really do not want to head north quite yet.

But a few weeks after the small groups start flying through we start seeing the HUGE flocks darkening the sky just bit.  And it is awesome.

I was able to catch a bit of this awesomeness during a drive out near Willow Lake, SD today, Easter Sunday. 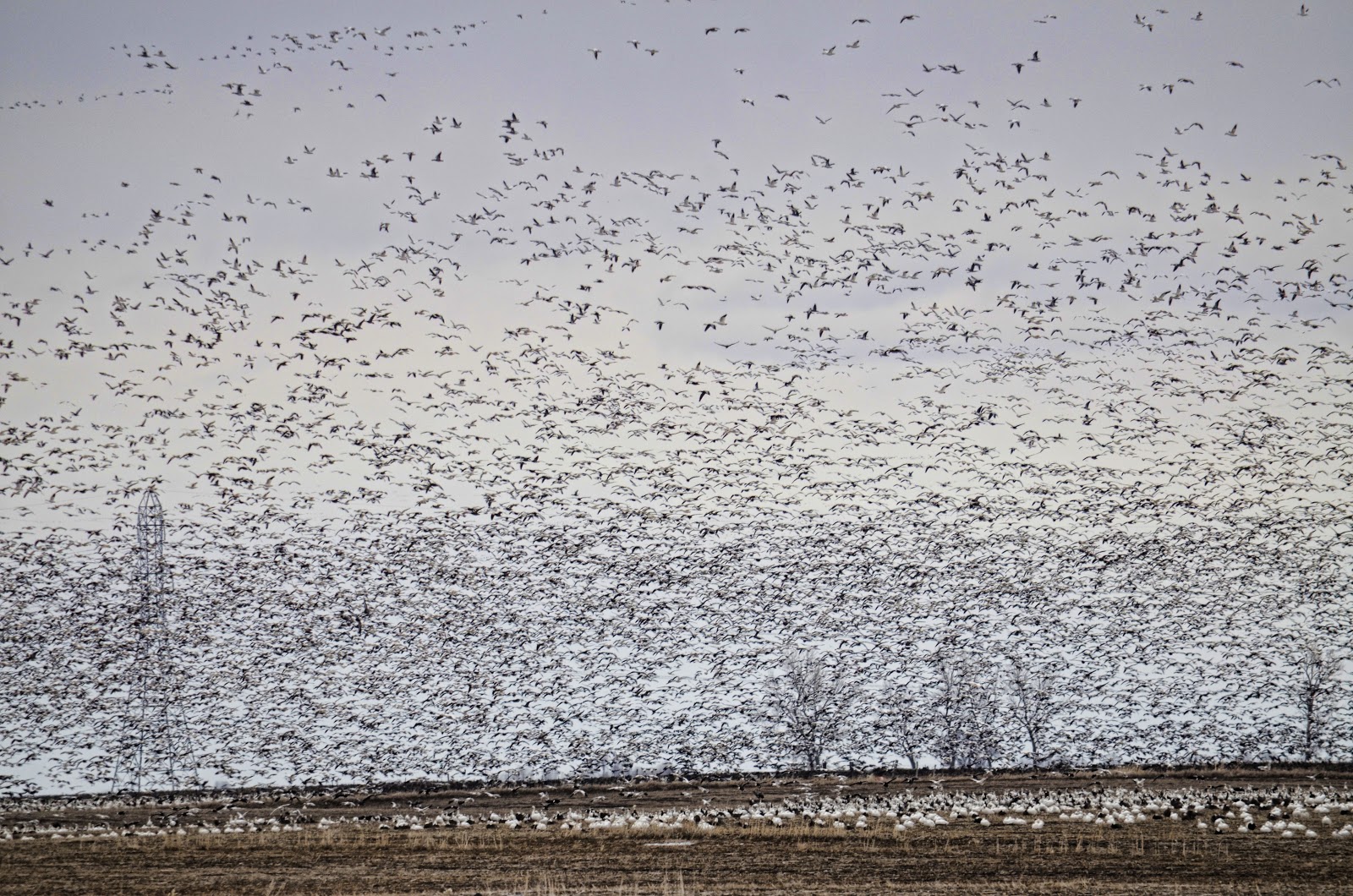 What I have captured here was about 1/3 of the birds in the scene.  (I liked this top photo best, with birds filling the scene.)  But even the widest shot I took I failed to get all of the birds in the photo. Isn't it glorious?  Looks a bit like some sort of insect invasion from afar.  But they are just geese,  harmlessly hanging out in a field overnight, moving on towards their summer homes come morning.