Finally we are experiencing some melting of our snow.  I was a bit surprised to see on the news this morning that even in our region, where we had PLENTY of snow, that our drought conditions have become more severe over the winter.  (Most of the rest of the country appeared to be in similary distressed states.  Definitely not a good way to start the growing season.)

But spring is on the horizon.  (And the weatherman said we may be due for a heavy, heavy rain next week.  So fingers crossed for all the farmers.)

Today however I took advantage of the melting.  There was some interesting splashing that was occurring on a rock nearby my home as the roof melt dripped off the house.  In order to try and capture the splash, I got out my tripod and tried playing with a long exposure setting in hopes of getting a smooth motion of water.

It probably goes without saying that I did not have luck at my first attempt.  I should have also hauled out my camera manual, but I wanted to see what I could come up with on my own.  I did successfully increase the exposure time but I got a totally overexposed picture.  The rock and pretty much all of the surroundings were white.  I had my best luck when I rapid fired the camera capturing several shots a second.

I'll have to find a nearby little stream of water to practice on later this spring.  But I still kind of liked my best shot from today.  I can totally see the splash! 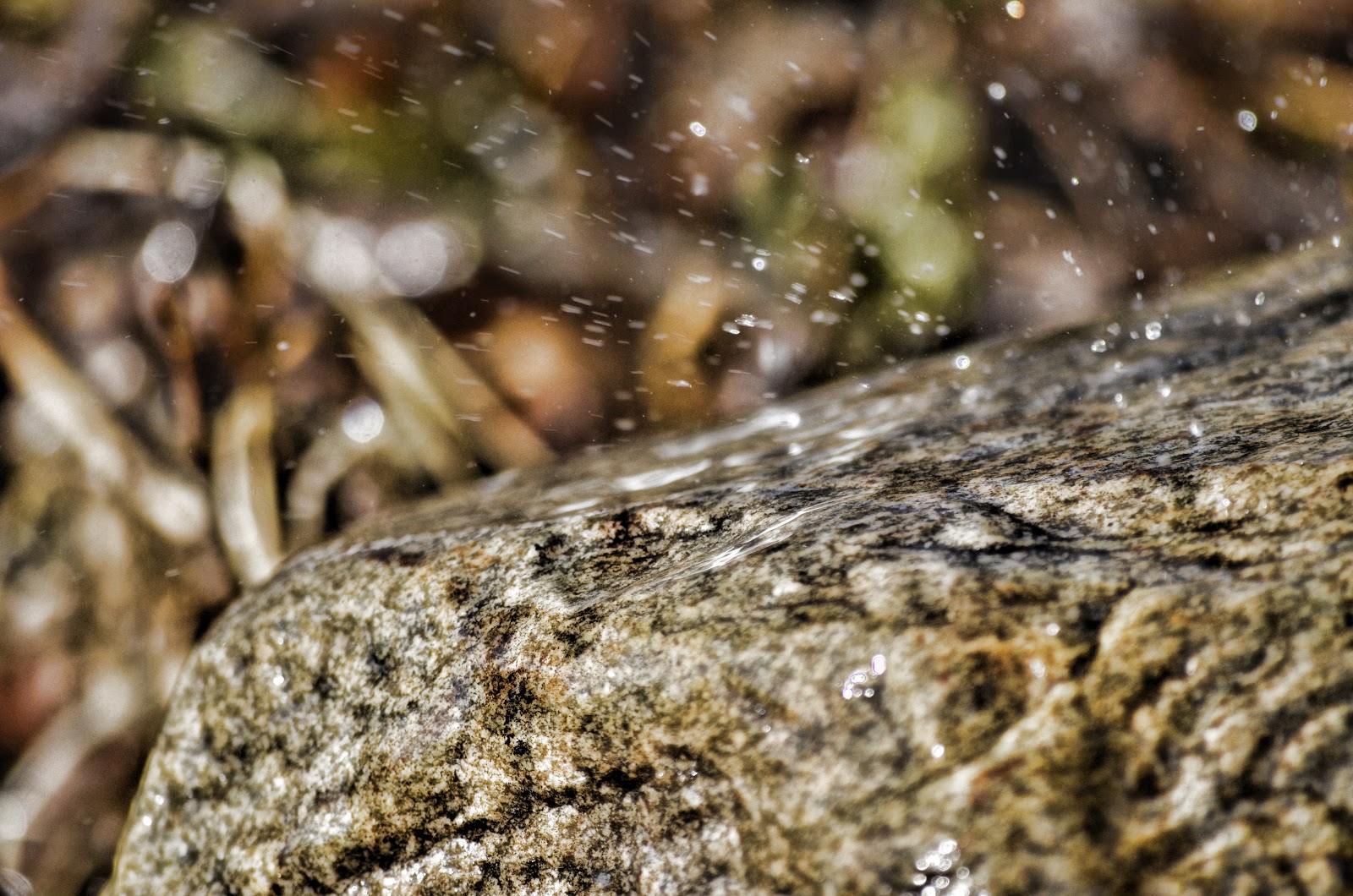 I also thought a small bit of left over ice made for an neat centerpiece to water droplets on a wooden fence. 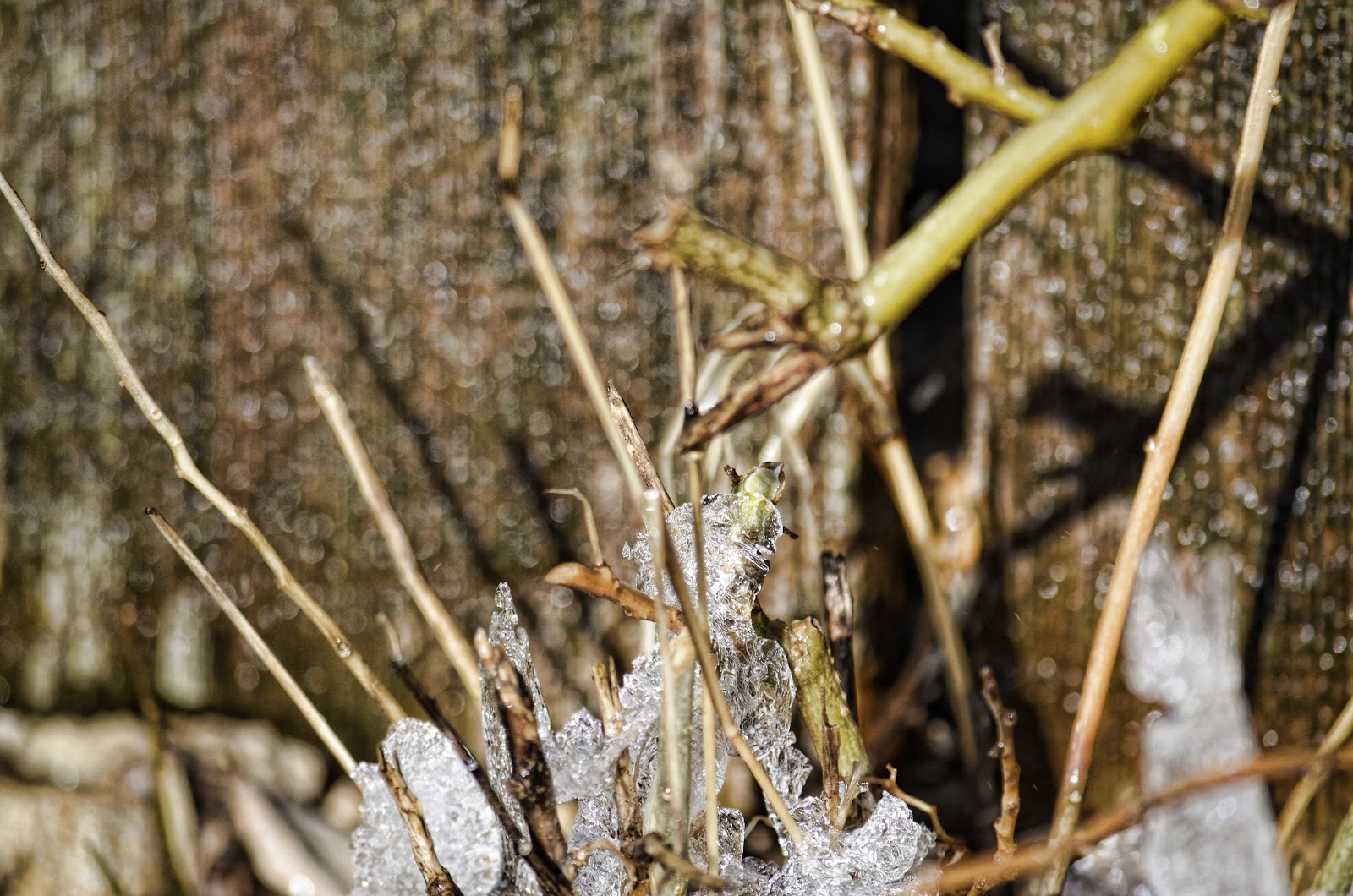