I escaped my hometown right before the biggest blizzard/ ice storm of the century. I escaped to southwestern Minnesota where we got some ice, but it stayed warm enough to keep roads open and non-slippery.  Tonight apparently our luck will run out and we, along with the rest of Minnesota and South Dakota, are predicted to get a lot of snow.

So I am suspecting I will remain holed up at the Super 8 hotel in St. James until Friday.

But tonight I ventured about a half mile to the Hickory Inn for dinner.  (It was suggested they were the only place in town with wine.  That was true and it was delicious.)

During my drive I ran into two sites that interested me, the steeple of the Lutheran church and a neat old train at the park.

Here is the best of what I could capture with my phone. 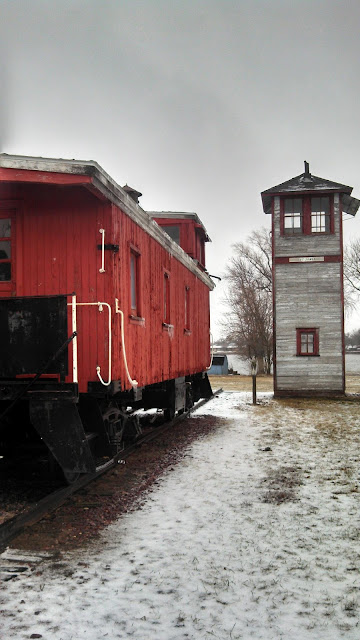 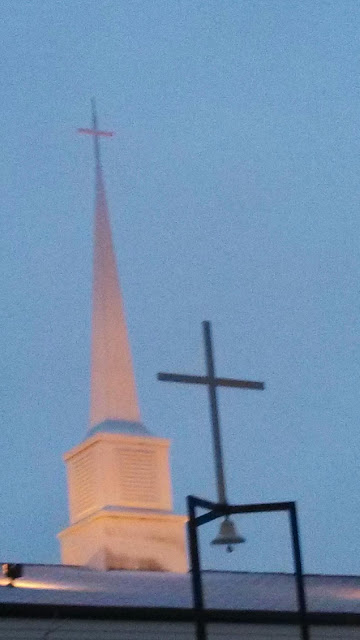