Day 102. Wildlife (and two dogs) amidst a final winter storm.

Another day, another winter storm.  A wet and windy story that is getting very tiresome.  But my patient husband was kind enough to chauffeur me around town so I could look for photo ops while he minded the slippery roads.  (Best husband of the day award to my husband!)

It was quite near dusk, so none of my pictures are fabulously in focus since everything was handheld and arranged on the fly, but at least I got a few shots in.

This first shot, of two dogs who had obviously been sitting out in the snow, caught my eye because they were posed perfectly still, on their front steps, both with snow on top of their heads, as were driving by.  My reflexes were slow, so my husband actually had to turn the car around a block later, then turn around again after we passed the dogs a second time so that I could be on the correct side of the car.  During our second drive by the dogs decided we were worthy of a chase.  So I was sadly thinking I missed my opportunity.  But we still drove by a third time.  And as luck would have it, while they weren't on the steps they had sat down.

I wish my focus had been better, and that I had been a bit more to the left of the dogs.  This could have been a great shot.  But it is still kind of neat, and my favorite from the day.

Below are some deer we came across.  They just stood and stared while I took pictures, then my husband told me that as soon as I turned my back on them they ran off.  But I got my shot. 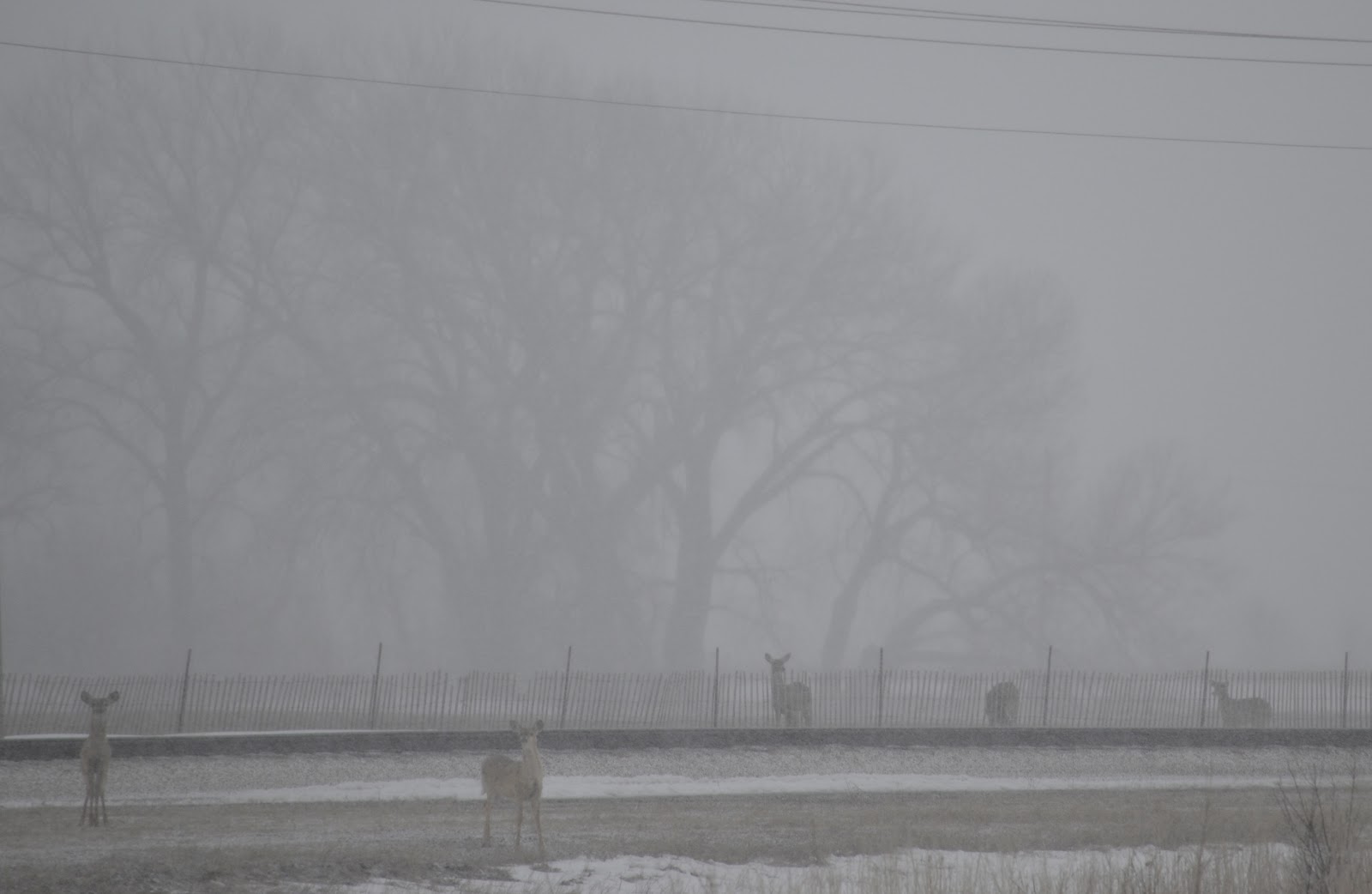 Finally is a blue heron.  Three times in two days I have tried to photograph this guy.  Boy is he skittish.  But for this last shot we actually parked in front of a hardware store where a variety of metal railings allowed me to approach the bird without him seeing me. 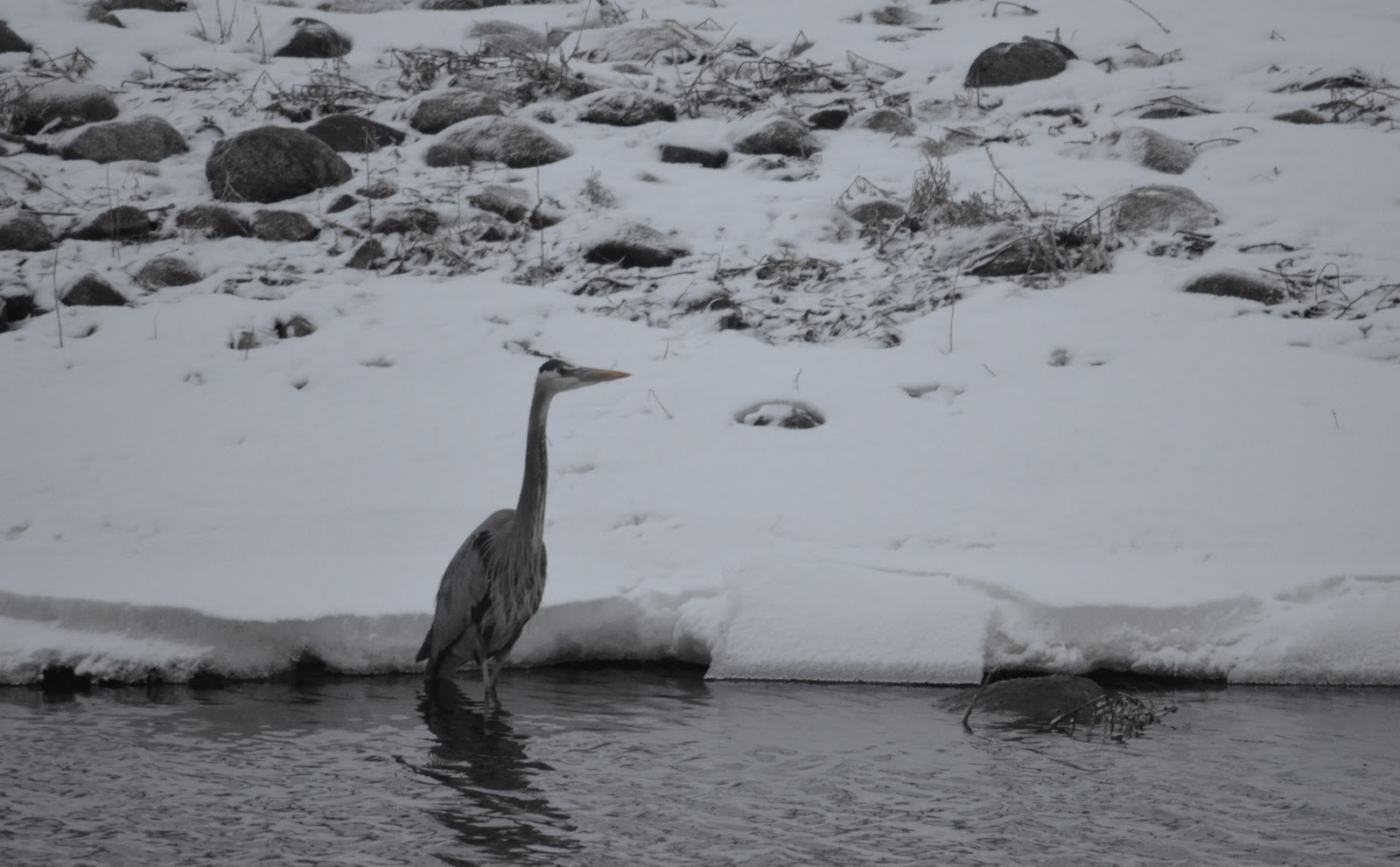