My Thanksgiving events started this weekend, so it was a busy two days filled with family fun.  Ah the memories made amidst ham, potatoes, cheesecake, wine,and trains and Legos.

Trains and Legos you wonder...  Well, the local model train show was this weekend and I have a number of young nephews and nieces who have a blast looking at all the train stuff - although admittedly the adults have just as much fun.  One of the most spectacular displays at the train show is the Lego display.  Yes, it has a Lego train, but there is also an entire city of Legos complete with Camp Wanahlegoh, a lego bank, a lego greenhouse, and more.  So cool.)

Once I got home, after relaxing for a bit in front of the TV and watching Brave, I pulled out my camera for a short session.  I was looking around for inspiration and my Angry Bird characters caught my eye.  I suspect there is a story coming eventually surrounding these guys, but here was tonight's best photo - courtesy of my Lensbaby Plastic Optic. 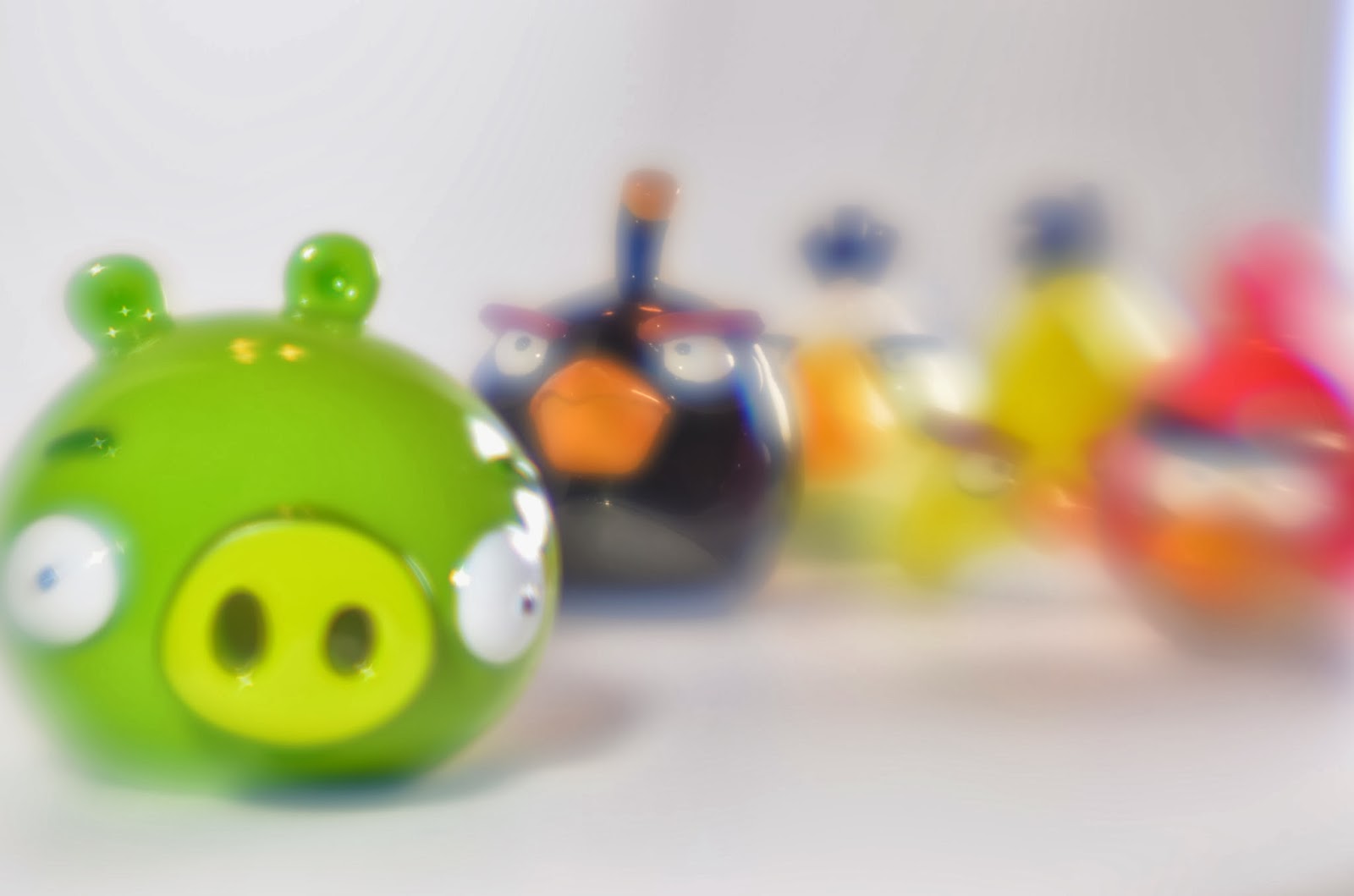 Can you see the fear in the pig's eye?  He's toast!

Oh, and here is Camp Wanahlegoh if you're curious.  It's a camera phone shot so the quality isn't the best.  But if you look closely you might be able to see one of the Lego men on the zip line.  (He's right above the leftmost black tent.)  Awesome!