Cracks in the ice.

I did not venture out for any shopping until 3 pm today, and even then there were still crowds out and about.  The only stores I visited were a small, local sports store and Hallmark.  The worst line I stood in had two people in front of me, I suspect a lot of folks waited in much longer lines today.

But it was a beautiful, sunny day here and I also made time to get outside for some photographs.  My husband went out with me and we drove around the two local lakes to see if the lakes had frozen over yet.  Indeed they had.  There were even a few folks ice fishing near the shore on Lake Pelican.  (But we never found a vantage point where I could photograph them well.) 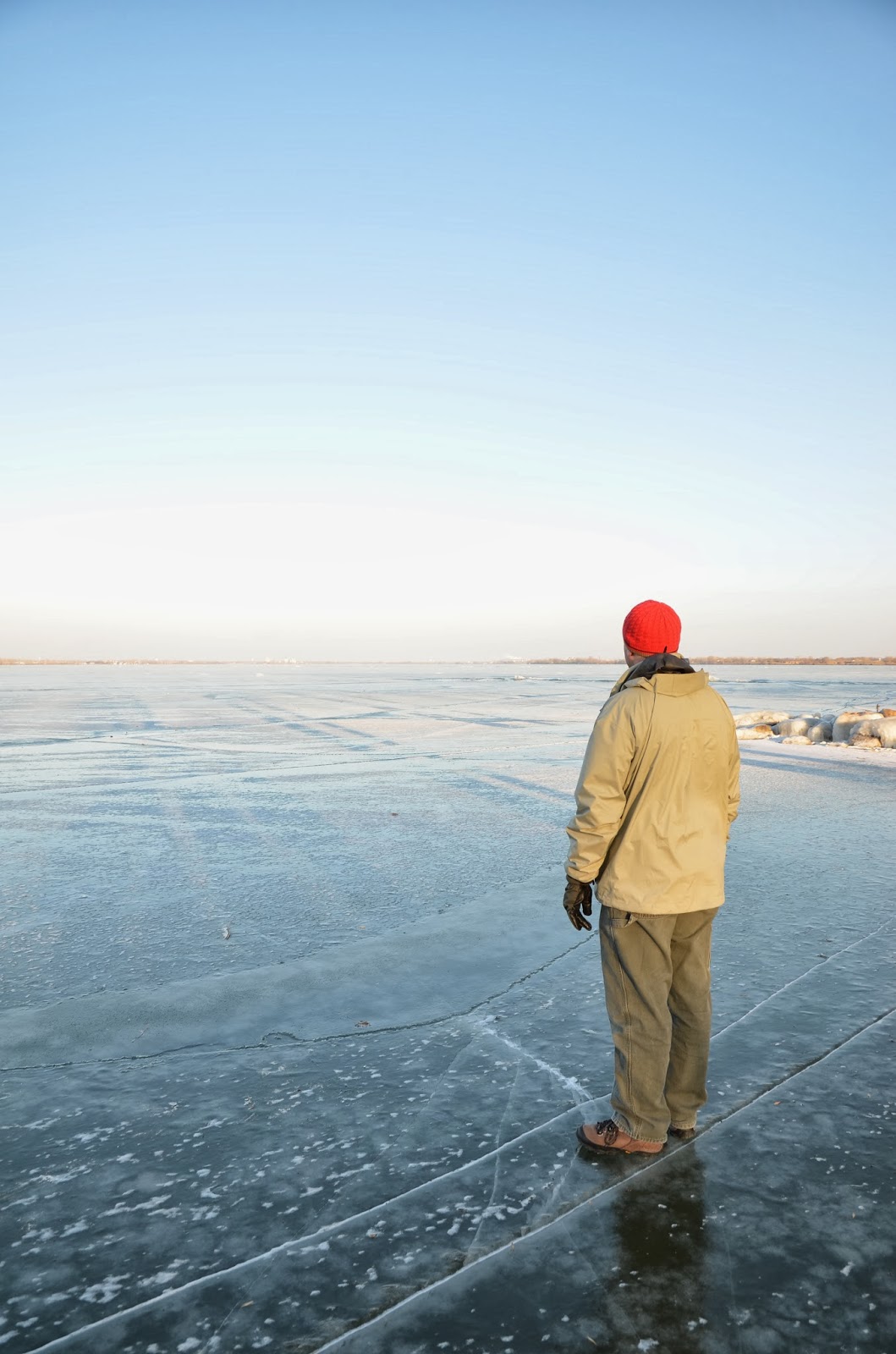 My husband is much braver than I am on the ice, he walks right out.  There were actually a few cracks in the ice, but he jumped up and down and it was frozen a good way down.

(The Lensbaby wasn't the best choice of lens to show the cracks in the ice, but it was hard to tell if the shot worked or not on the little screen on the camera - but you can still see the relatively large crack.) 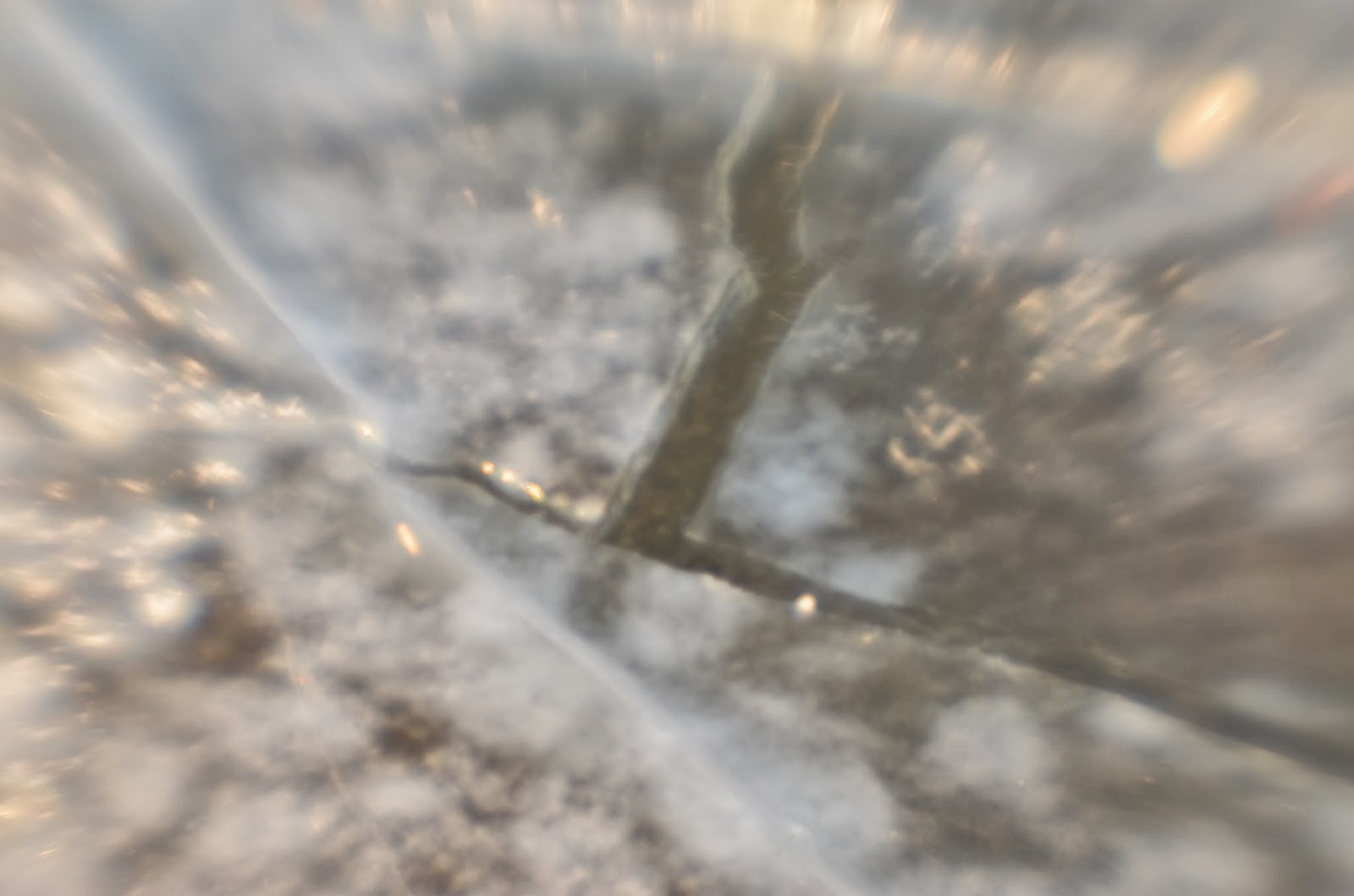 It was neat how the water froze thick on the rocks. 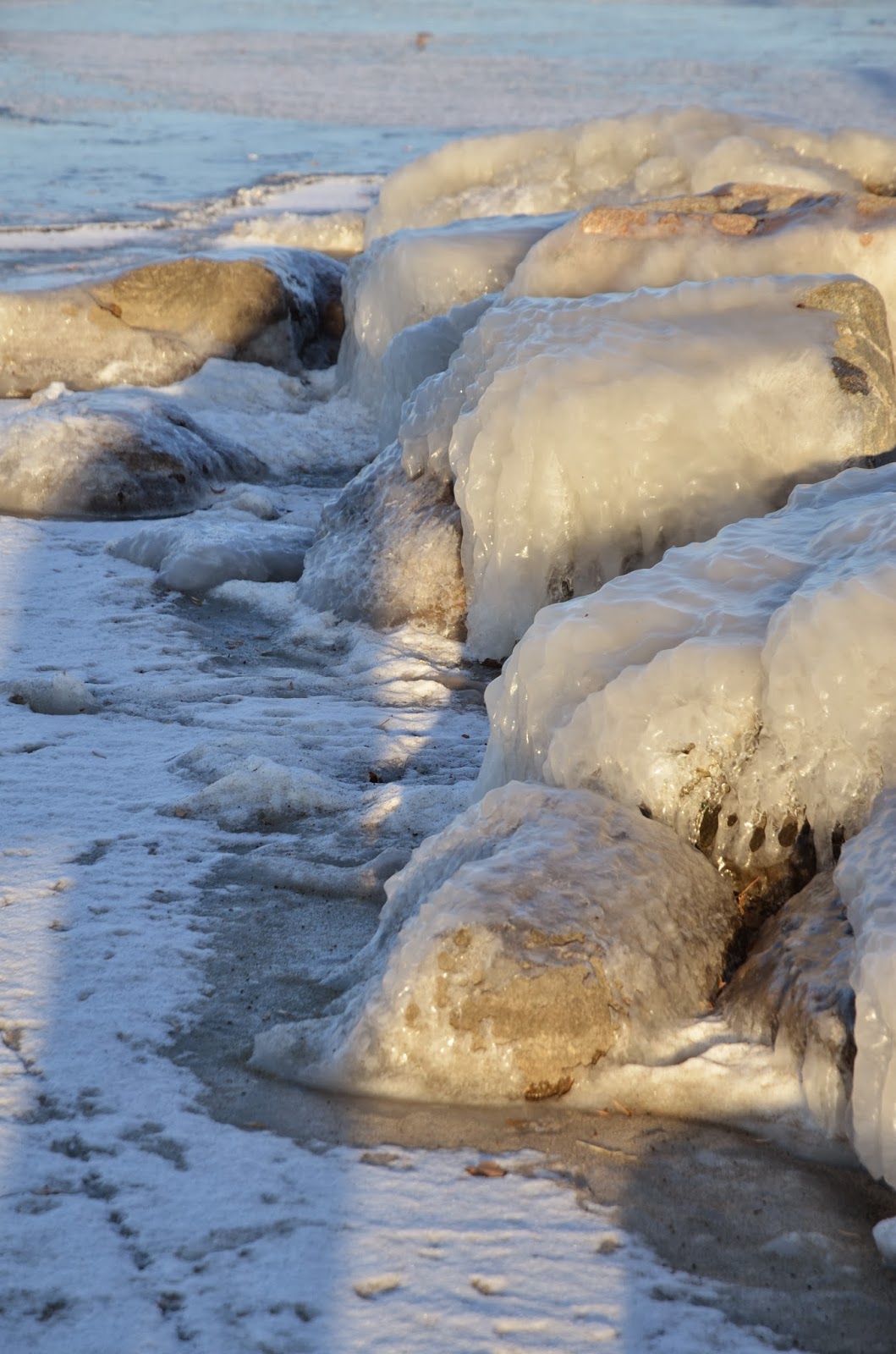 Here is the beach on this cold winter day before any snow has fallen. 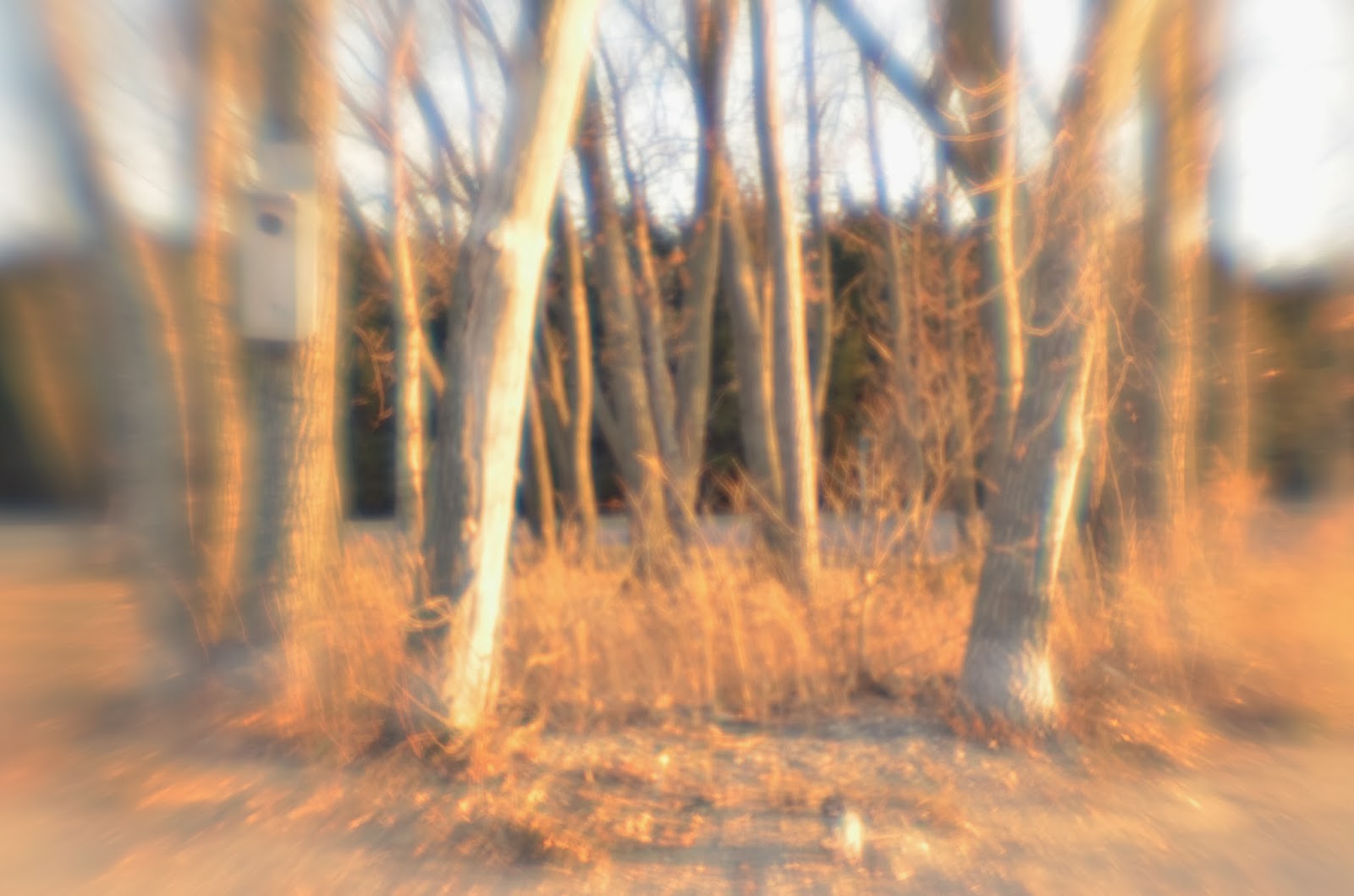 Finally, here is a shot I captured near our other lake, Lake Kampeska.  I thought it was cool that you can see a big airplane in the background.  It is a retired Fed Ex plane that our tech students get to use to learn about repairing airplanes, and it sits right near a runway at our little airport.  Someday I'll have to remember to try and catch a nice photo from this same perspective when an airplane is coming in for a landing.﻿ 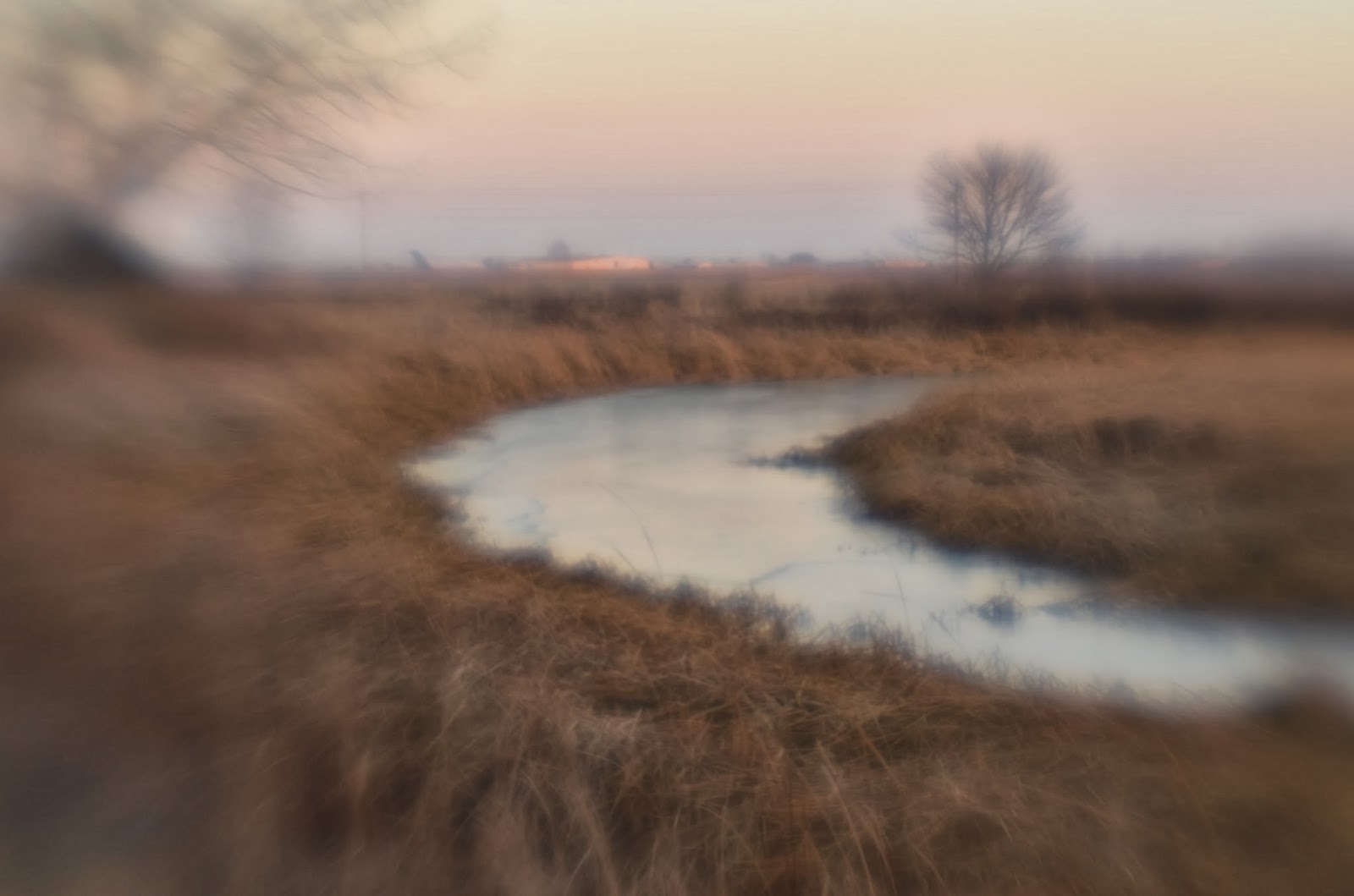