Miniature Halloween. (Also fitting in a chance to play with new lens.)

Halloween week was busy.  There was bad weather, which means I stay in the town where I work rather than driving home.  (I hate ice and slippery roads, and am lucky enough to have a place to stay, so I do.  But this means extra time packing and extra time working since there are no cats or computer or TV to entertain me so might as well work late.  Plus it was rainy and gray, not good for photography.)

Then for Halloween I drove down to Sioux Falls to pass out treats for my parents who were on vacation.  (My folks are known for handing out pop and full size candy bars and chips, so it's a favorite stop for kids and we hated to let them down.)   But another night away from home.

All the craziness meant little time to look for photographs.  But no time to try my new lenses.

One lens replaced my lens that died.  (Okay, okay.  It was kind of killed.)

Long story from early summer.  There was a mishap.  I thought the lens was okay and promptly forgot about said incident.  Only recently have I been questioning why so many photographs were blurry.  After several days of DPChallenge folks giving me suggestions on how to diagnose my issue - I seriously thought it was either my camera or my skills - it was fairly conclusive that there was something wrong with the lens.  (And then LIGHTBULB - the memory of dropping the lens came back.)  Warning.  Don't drop your cheap kit lens, it will not recover.  Although I am told that I should try turning it upside down and whacking it a bunch of times with a mallet.  That may re-settle a dislodged/moved part. Huh.  I would have thought the lens was quite delicate.

I figure my mechanical engineer husband will have fun with me on that experiment.

Plus my 85 mm macro lens arrived.  I was desperate to try them out.  Luckily my mom has a neat Halloween Village so I was able to play indoors with my camera after the kids were all gone.

This first guy might end up as part of a photo challenge - a tribute to Lou Reed - this would be in tribute of his "Strawman" song.  (It was the best I could come up with in two days.  I real scarecrow would be better I know.) 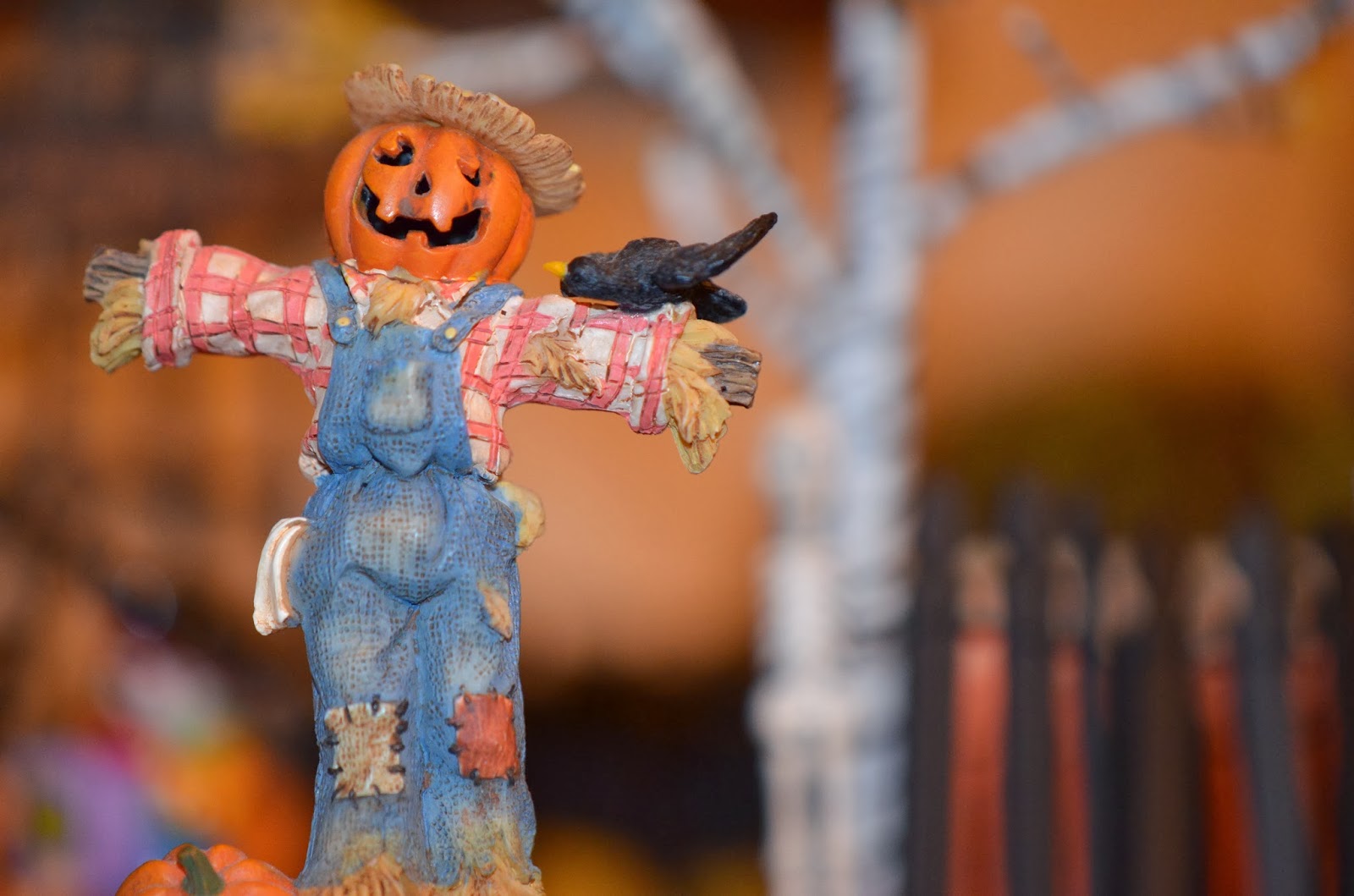 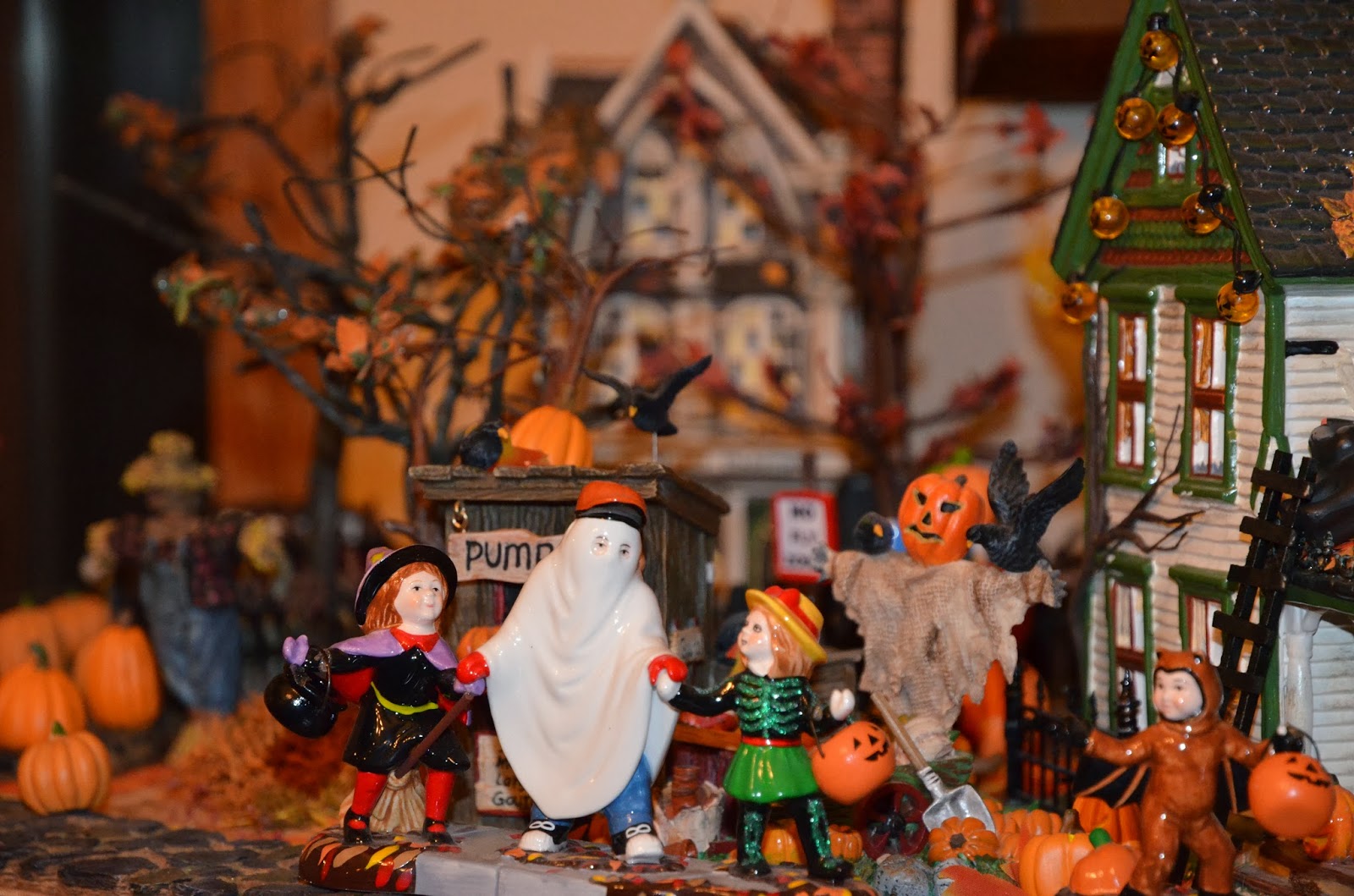 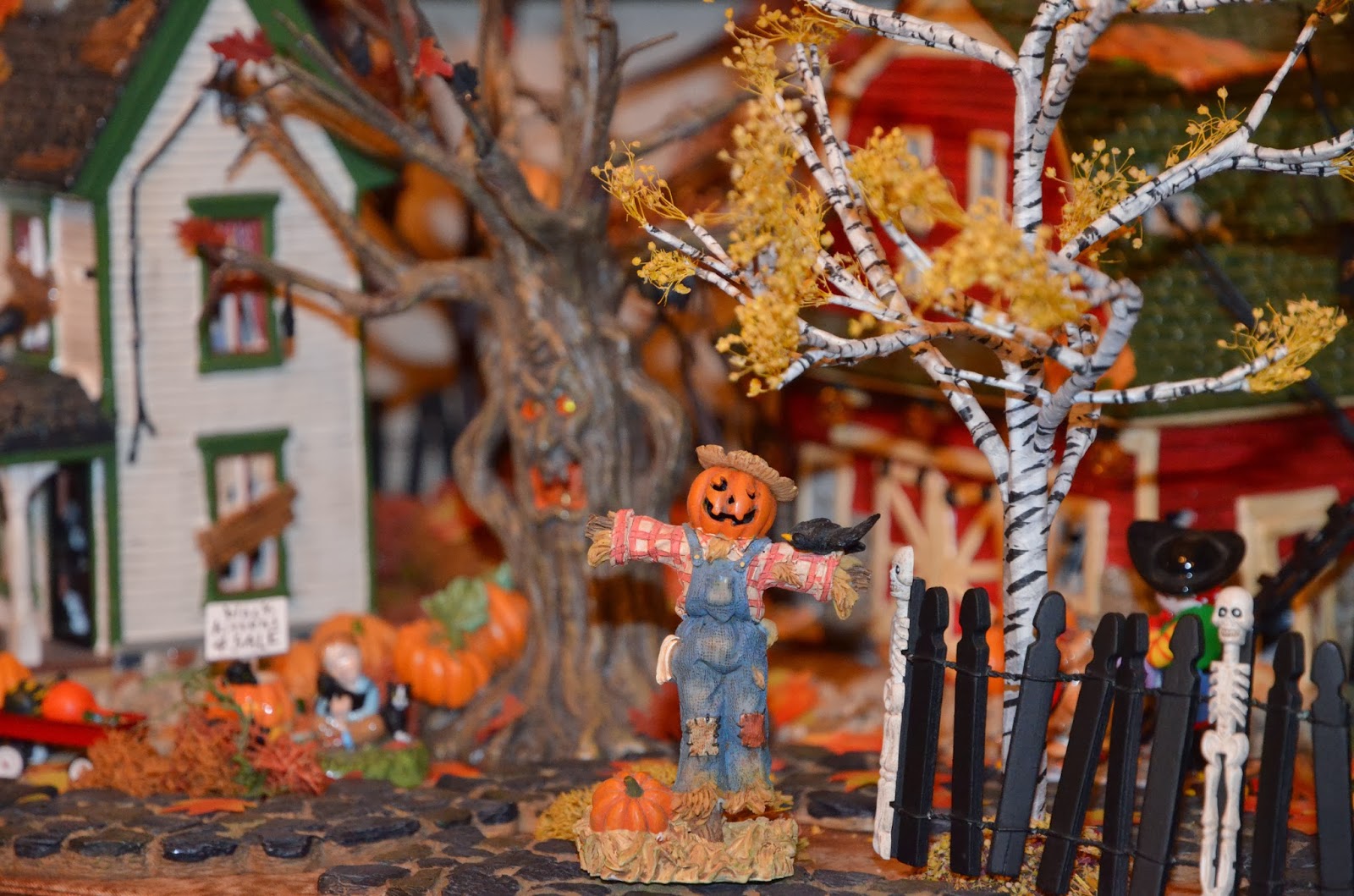 Nothing fabulous, but I had a bit of fun with my camera.  Today I was able to get back out to the McCrory Gardens for one last photoshot of fall foliage.  I'll post a few of those tomorrow.
See on,
Julee﻿
Posted by Unknown at 6:22 PM