Today my goal was a picture of the Big Sioux River.  (Spoiler alert, here is my favorite shot of the day, captured after more than two hours, and three destinations of searching.) 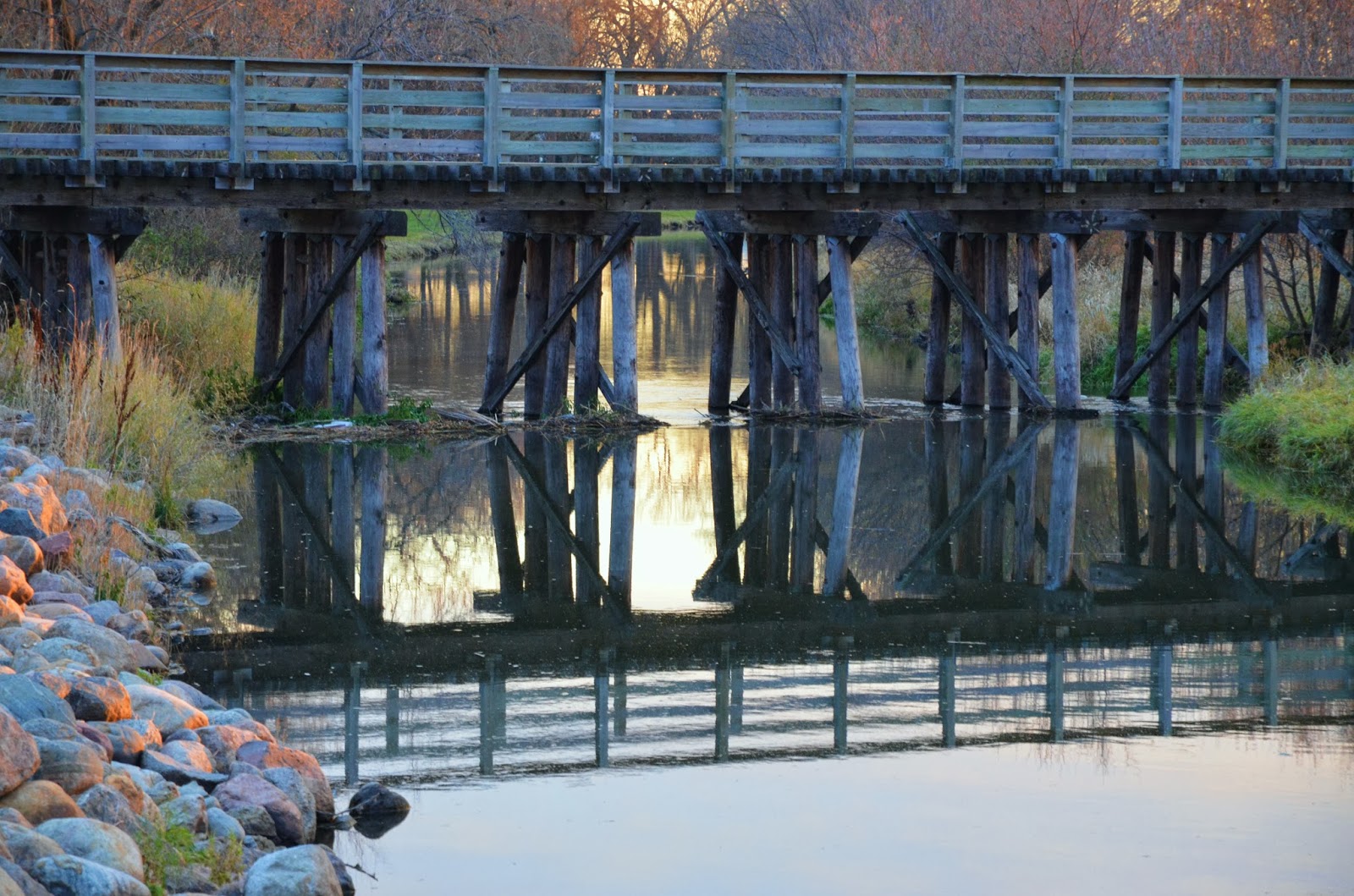 Anyway, I started off bright and early with a visit to a spot near the zoo.

There is a cool, wooden bridge along the river right there that I thought might make a neat photo.  Traveling to that destination required some back-woods hiking, albeit just a few meters of it. But in those few meters I got one of my white shoes full of mud (which I didn't let slow me down) and then I cut open an almost healed burn (which did slow me down since I had nothing except my white jacket to slow the bleeding).

That outing was kind of a fail.  Although one of the shots I did end up finding interesting. 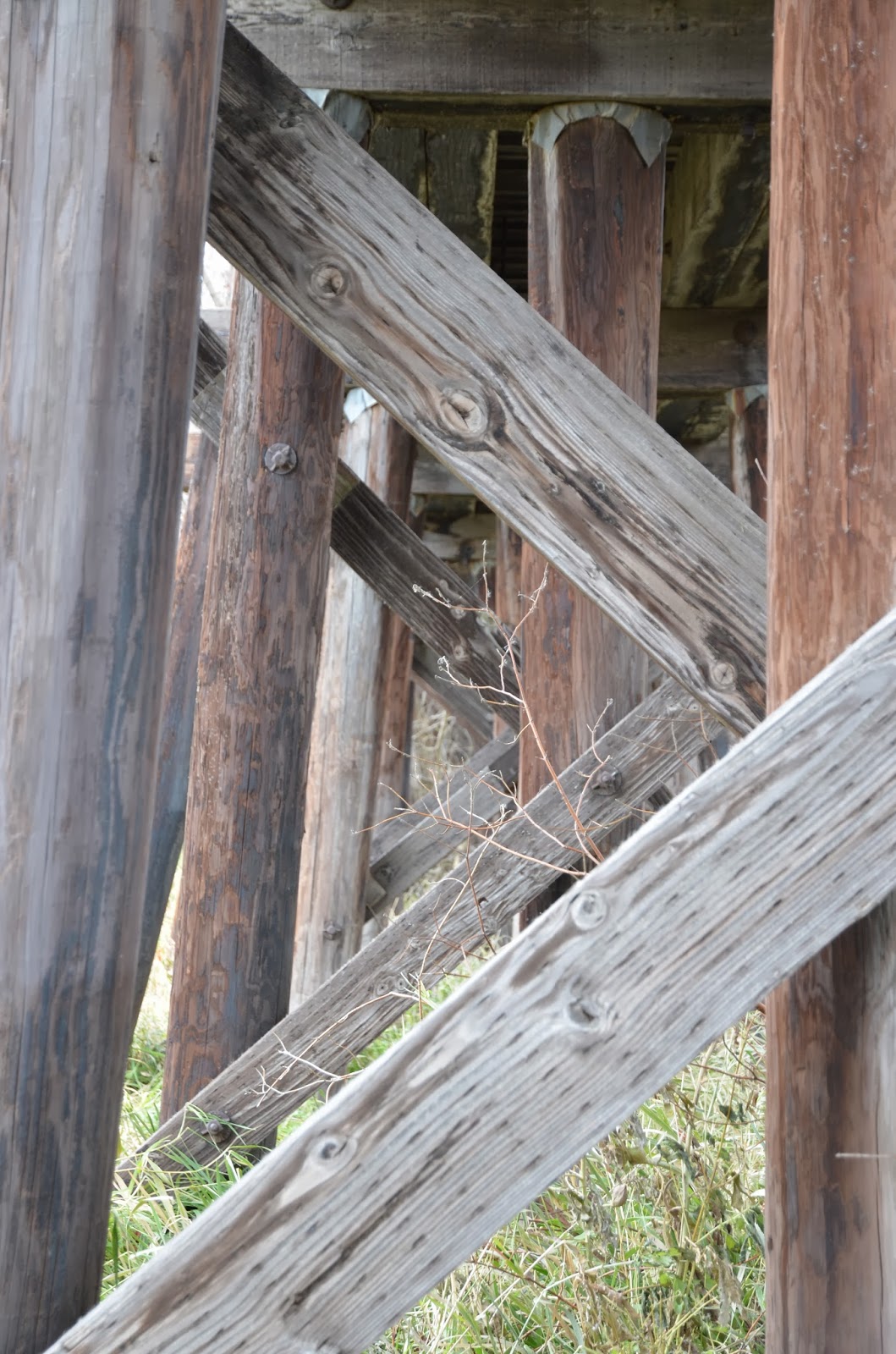 I thought I did an all right job of capturing the repeating pattern.

After a relaxing lunch at home, during which I enjoyed Hotel Transylvania - nothing like a good cartoon movie to lighten the mood - I was ready to try again.

So I headed back out toward the river.  It took about 15 minutes of shooting photos capturing nothing much when suddenly in my viewfinder were three tree with a neat reflection in the river.  It was perfect, there were annoying buildings and city stuff around, but still, I could see the beauty. 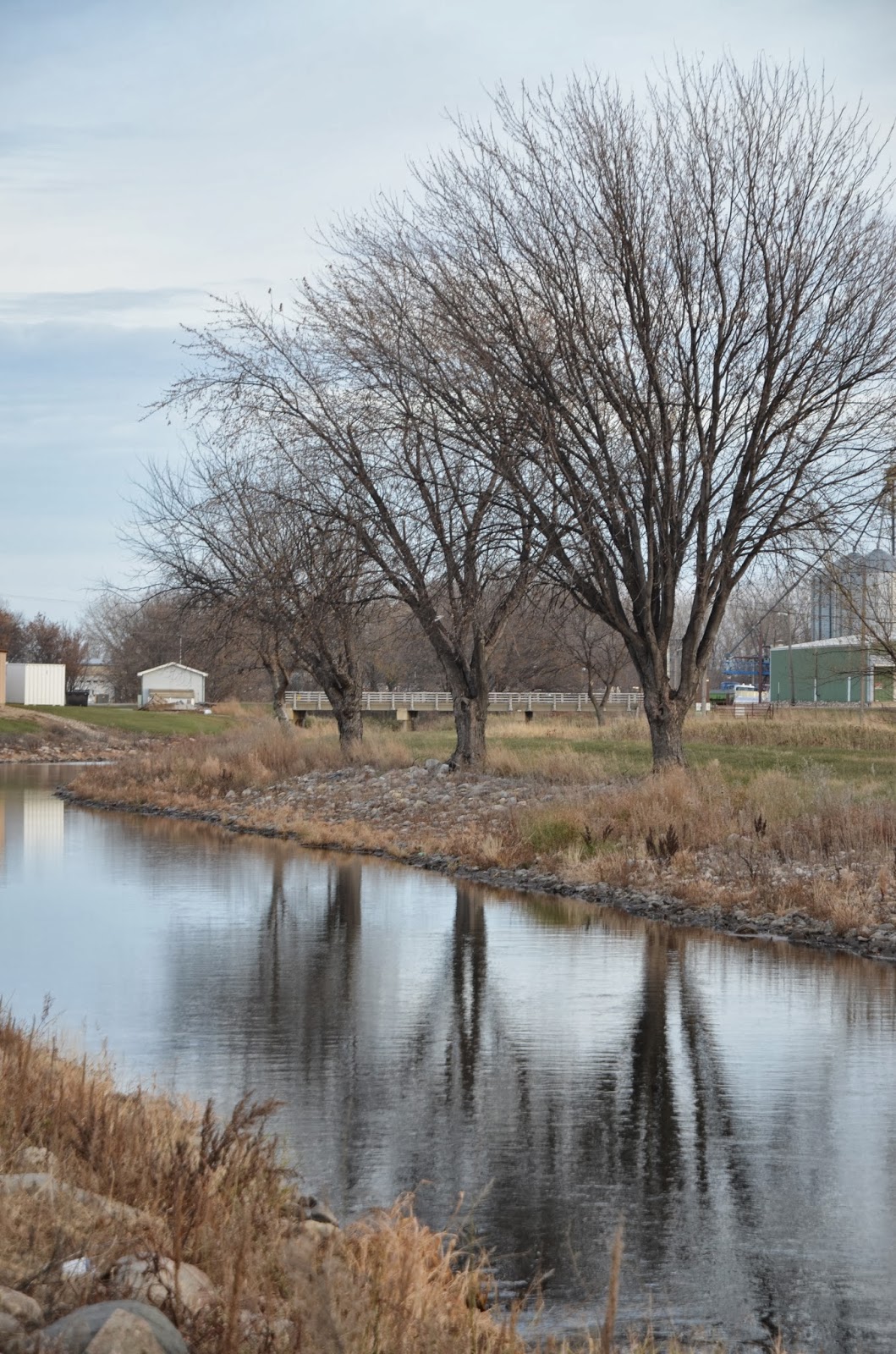 I next headed over to a park that runs along the river.  Jackpot.  Another wooden bridge, that was my top picture, plus my favorite rock bridge and more trees in reflection. 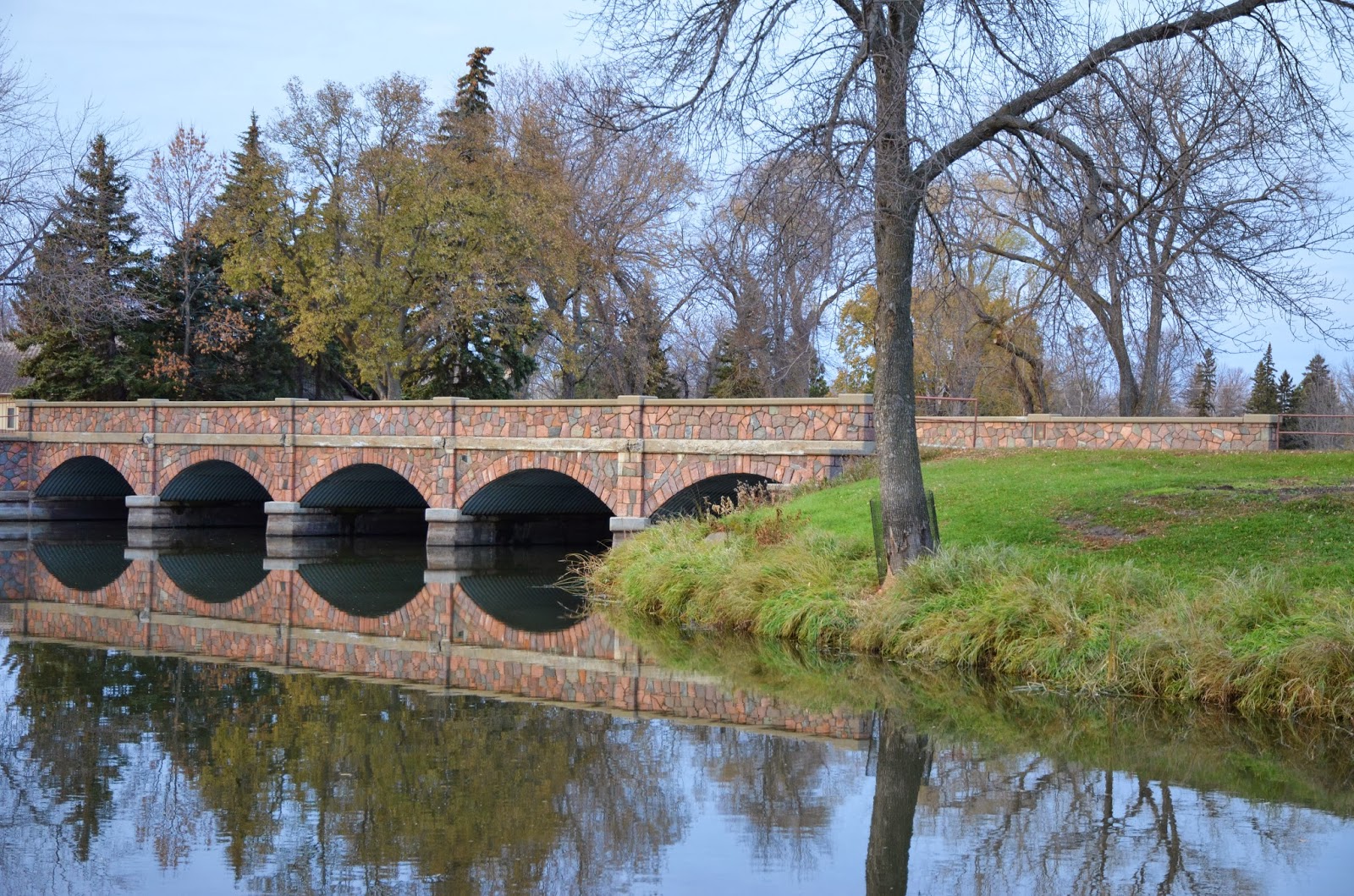 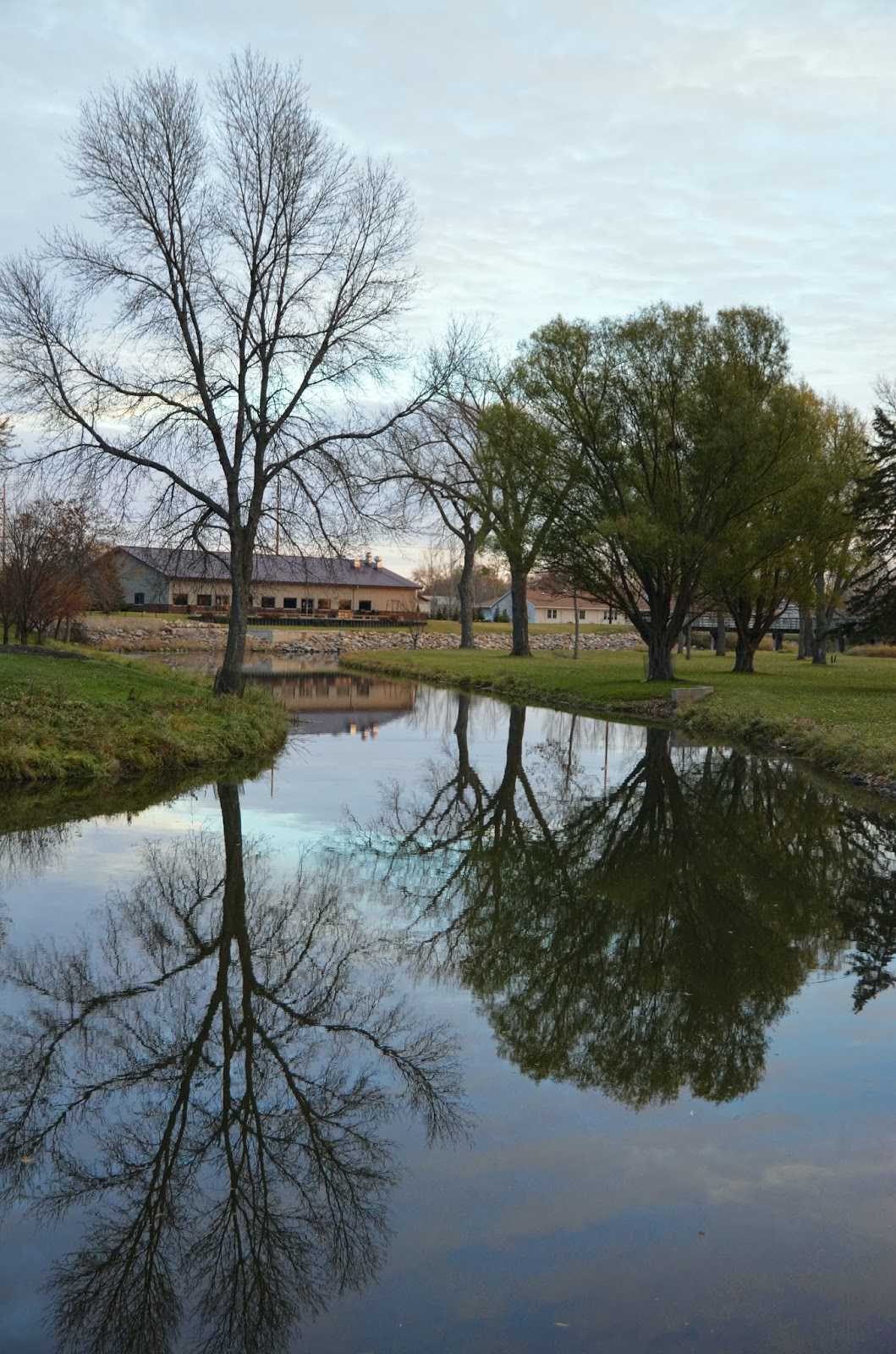 What a great end to my day.