My friend told me about this adorable guy... 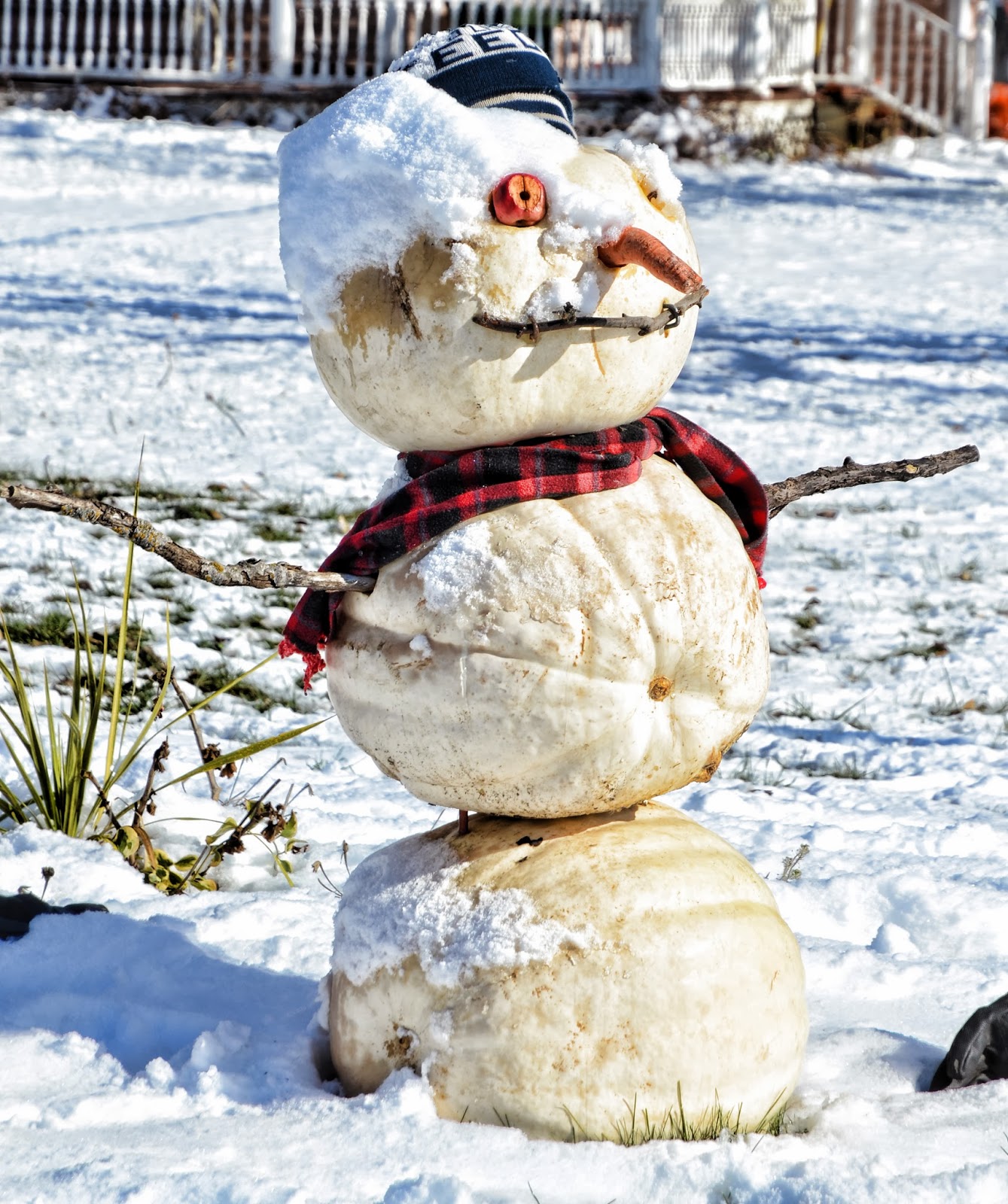 It was nice we got an early season snowstorm right before I photographed him.  Thanks Rose.  He's awesome!

I actually emailed to my husband that I hoped it stayed cold because I wanted to capture the snow on the tree branches during my lunch break, but most of the snow was melted before my noon outing so I did not capture anything exciting.  (I should have taken the time before work when the snow was probably an inch deep on most branches.  It was one of those lovely mornings when everything is white.  But no, instead I showed up for work a half hour early.  Someday I'll learn to take the shots in the moment when they are there.) 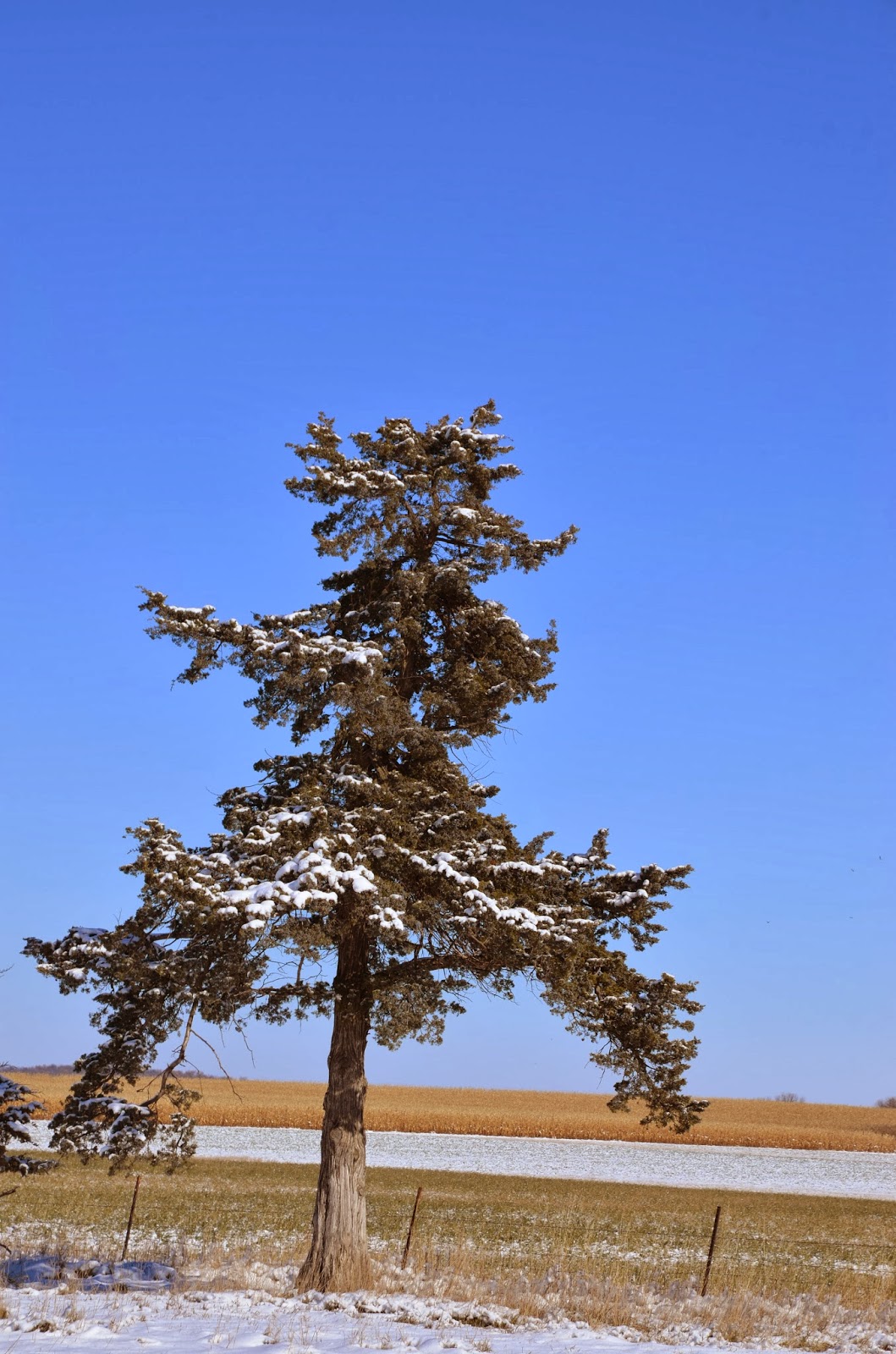 I was driving along a rural road when I found this tree.  After shooting this photo and turning my car around I noticed from another angle the tree was "S" shaped, like a funky Dr. Seuss tree.  But there were power lines and other distractions behind the tree so I didn't take the photo.  (Leave it to one day after the S-Curve Challenge for my to find one in nature - my entry to the S-Curve challenge is  below.) 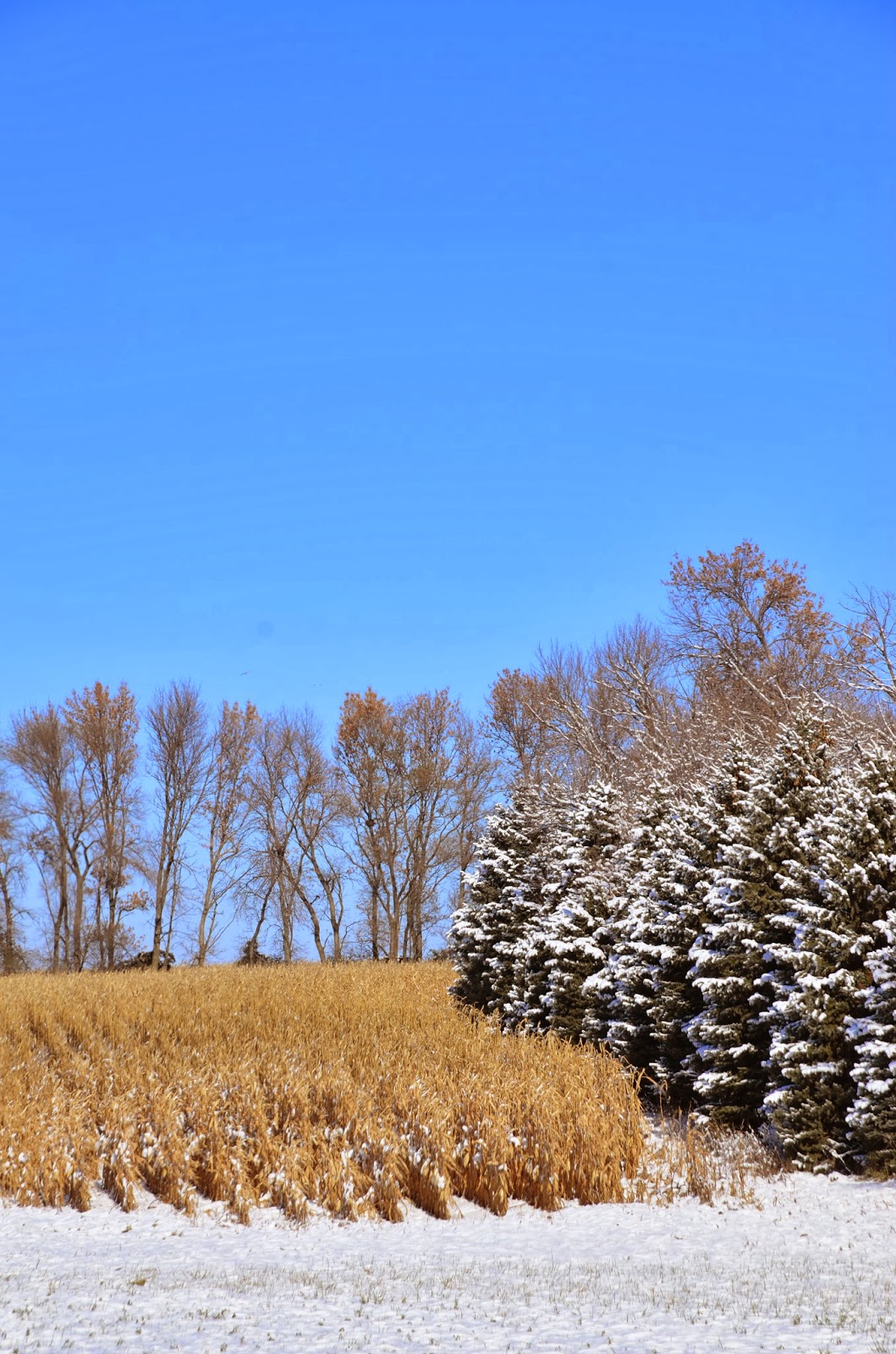 All of the snow should be melted by the weekend, but there will be plenty of snow photo ops yet to come.

Here is my 'S-curve' entry.  I called it "Highlighting the S-Curve".  I thought maybe I would get a point for creativity.  Nope.  This is on track to be my worst photo entry yet.  (And I was second to last in one challenge.  Maybe this will be my personal worst.)  Ah.  What can I say.  I was learning was an S-curve was and it was the best I could come up with in three days.  Plus I like the pink.  I suspect I should have had the camera angle lower and at the far end of the S. 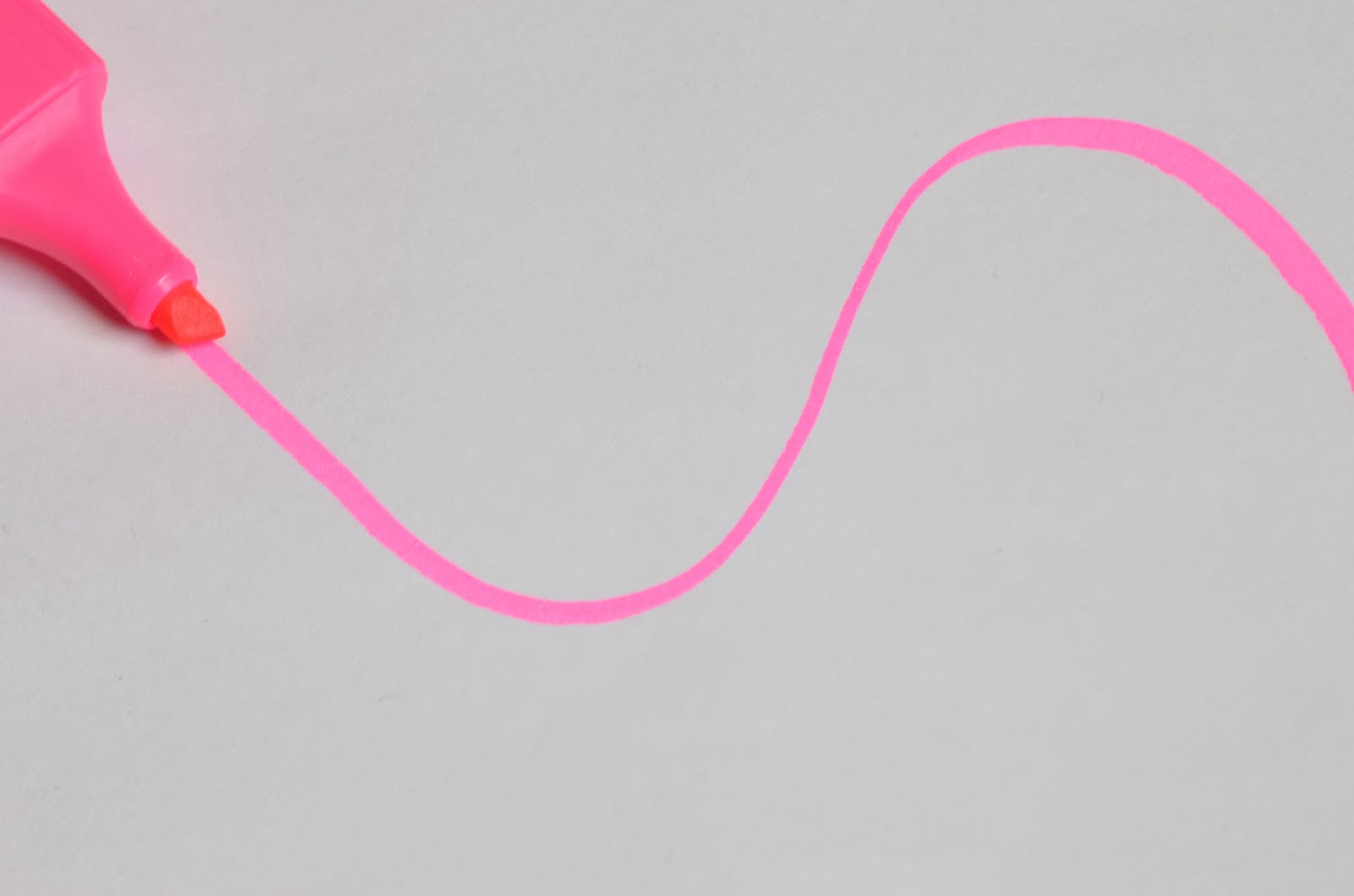 This last photo was one of my first shots at drawing an S-curve.  In retrospect maybe this would have been received better, although it's only sharp right in the center and I figured the shot needed to be in focus throughout.  Photography is really awfully hard.  (And liking and not liking a photo is so personal.) 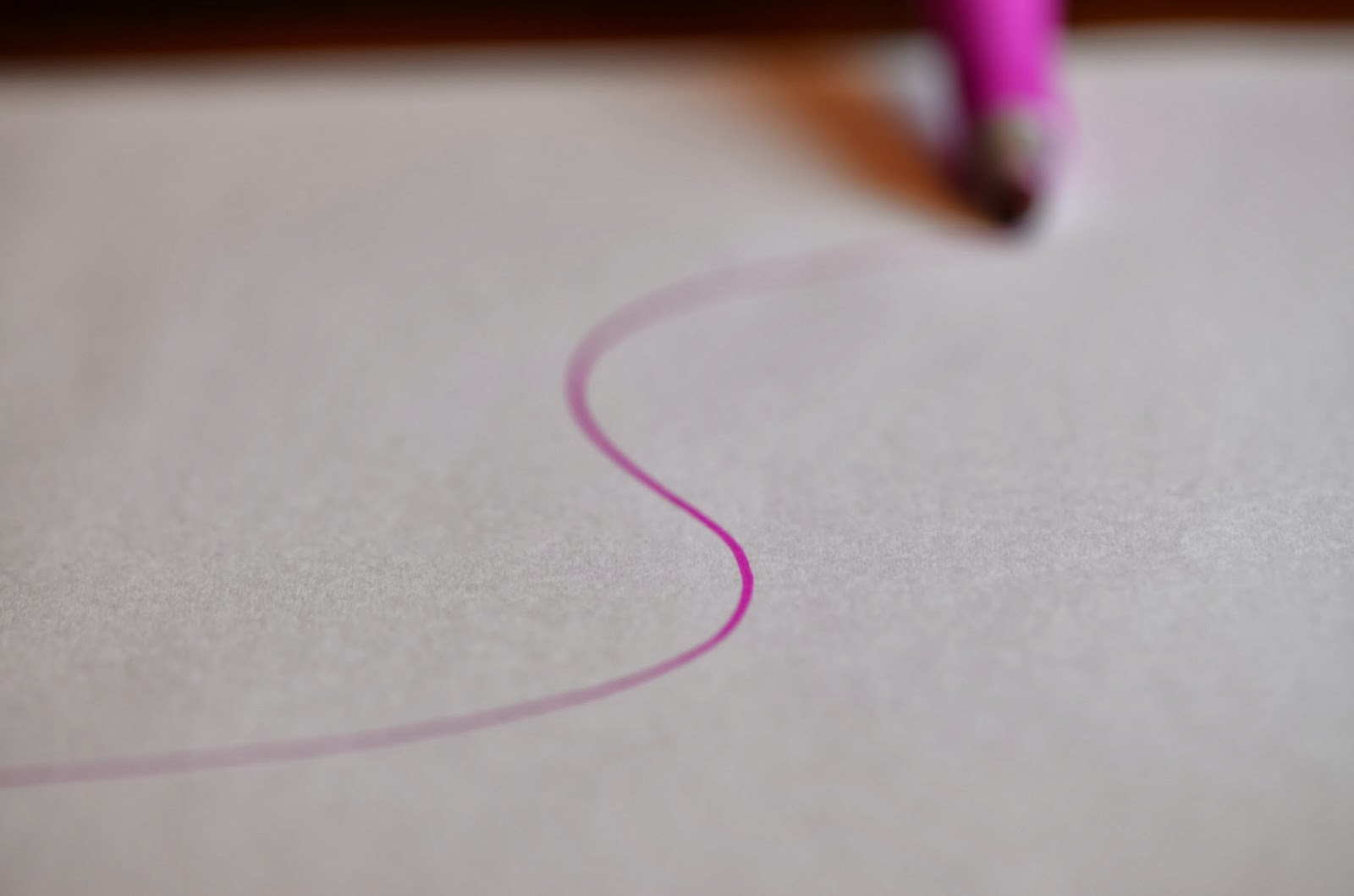 But as long as I'm learning and still having some fun with it, I'll keep trying.