We had a fabulous trip to Duluth this past weekend.  This was our first trip to Duluth where we stayed right in Canal Park and it was great.  We parked our car Friday afternoon and didn't move until noon on Sunday.  My husband had a good inline marathon race, although the strong headwinds slowed everybody down so no personal record was for him.

(But he finished without a visit to the medical tent, so I call that a win!)

Since my husband got on a bus to the starting line a good four hours before I would see him at the finish, I enjoyed some coffee at Caribou Coffee and then wandered around Canal Park looking for photos.  I found some colorful vehicles for rent, and figured I would give my Lensbaby a try. 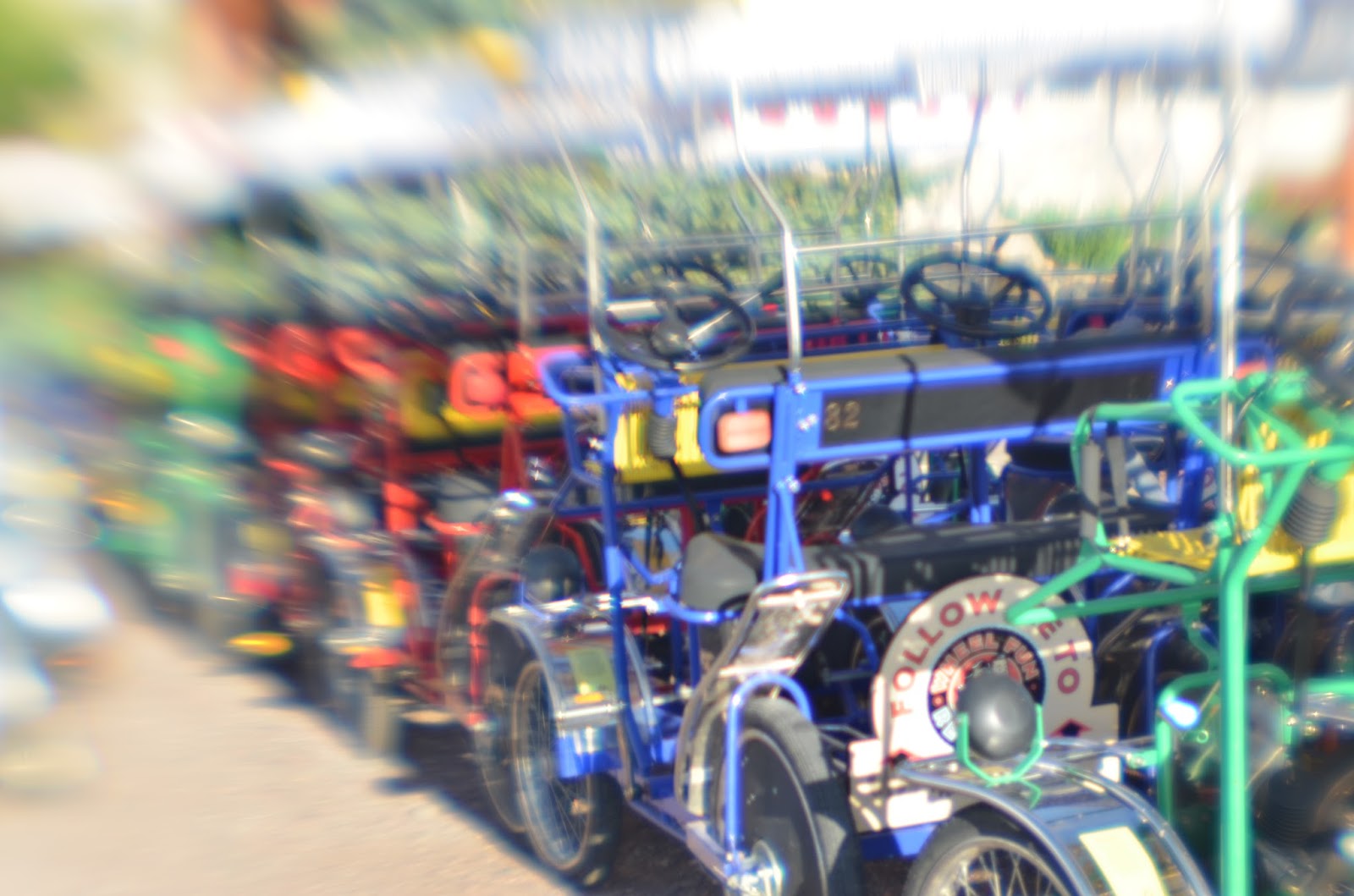 One of the most well known landmarks of Duluth is the Aerial Lift Bridge.  We hung around the bridge a lot, and even visited the Corp of Engineer Museum and learned all about the history of the bridge.  I got to see lots of ships go through, but the most impressive were these giant, 1000+ foot ships. 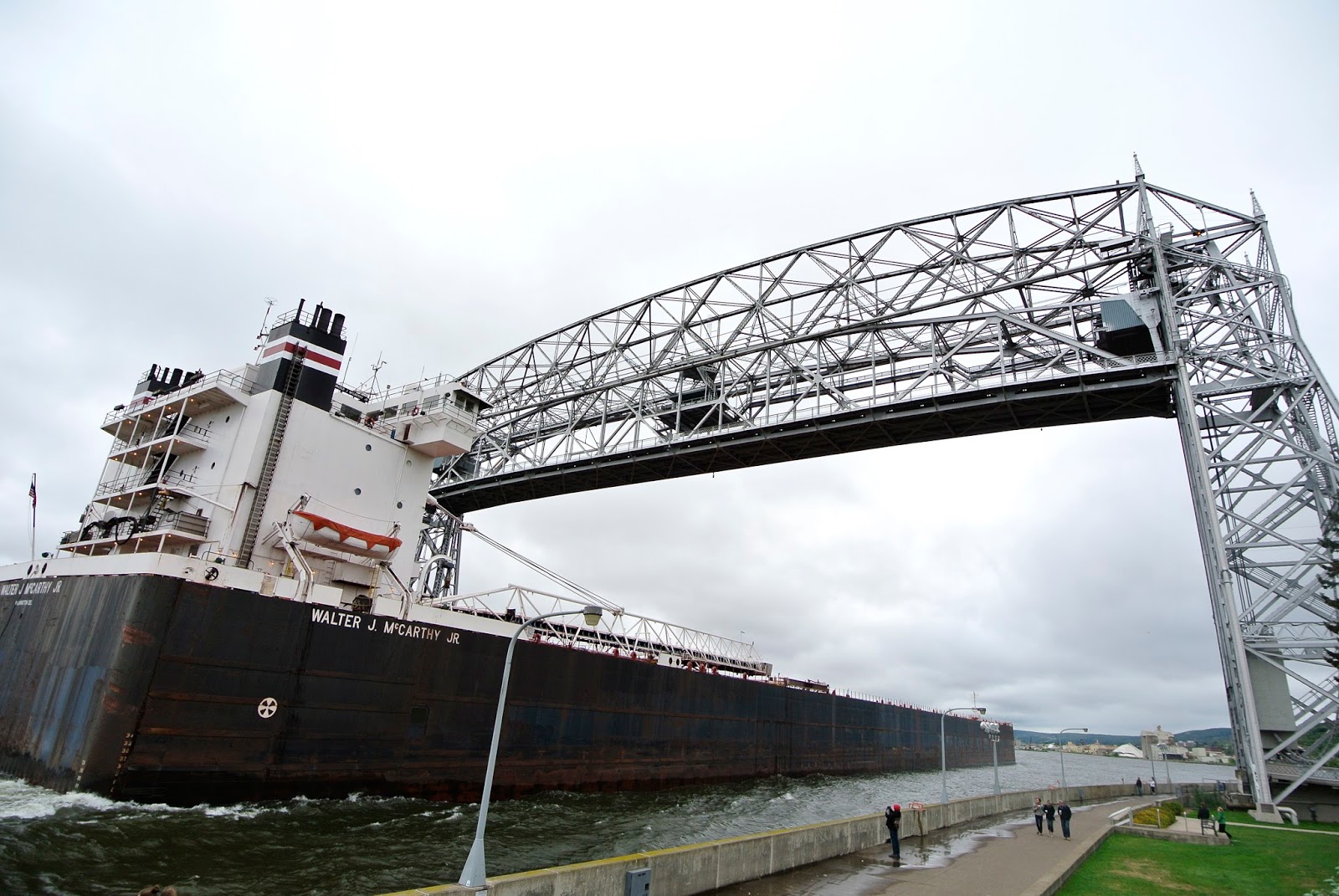 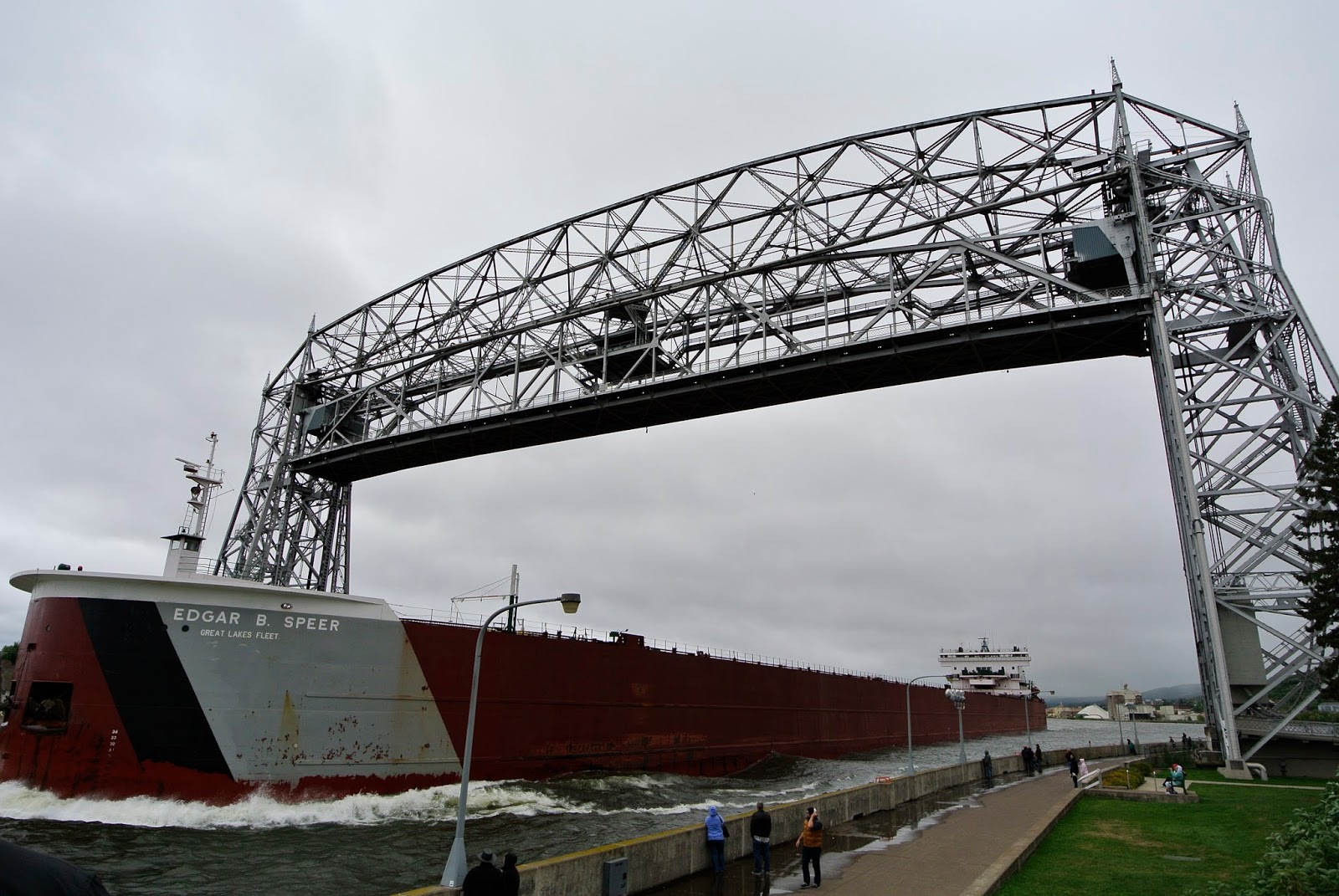 The bridge at night was cool, especially with the nearby moon.  I had my Nikon V1 with me for this shot and it just could not get the moon in focus.  Oh well, still neat. 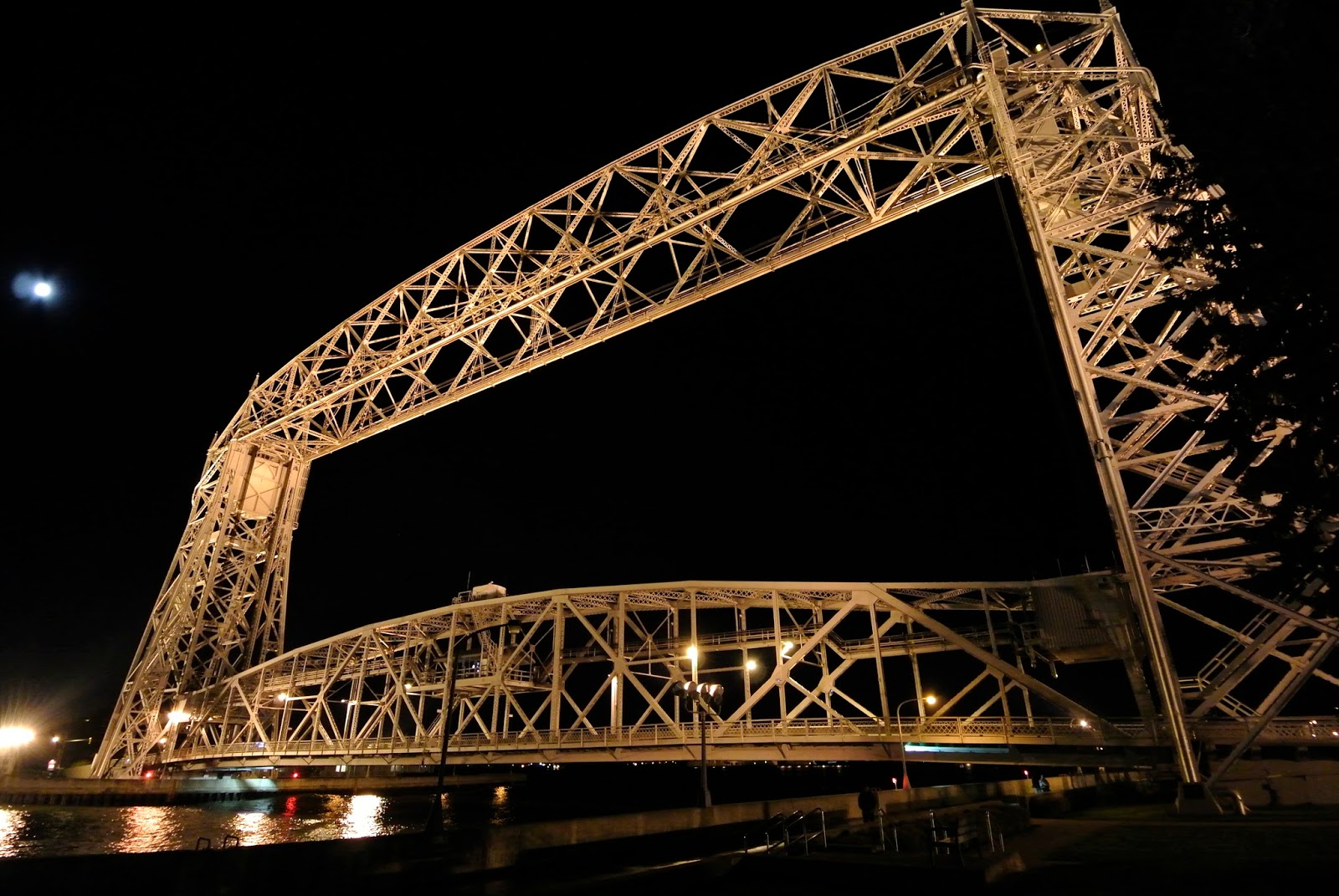 On Sunday it was dreary and really windy which led to some wonderful waves on Lake Superior.  I wanted to drive north to get into the wilderness at least a bit, but we kept getting distracted by the waves on the lake.  (We stopped about three times just to look at the waves and surfers.  Surfing in Lake Superior - brrrrrr.)

We made it up to Two Harbors where we decided to head toward the lighthouse.  We had a blast walking out along this long "Navigation Device - use at your own risk" and then hung out on the rocks and watched the waves for over a hour.

(This was kind of a lensbaby shot gone wrong, not quite the right manual settings but I thought it was a neat effect and made the end of the pier look really far away.  Double click in some browsing softwares and you can get a better view.) 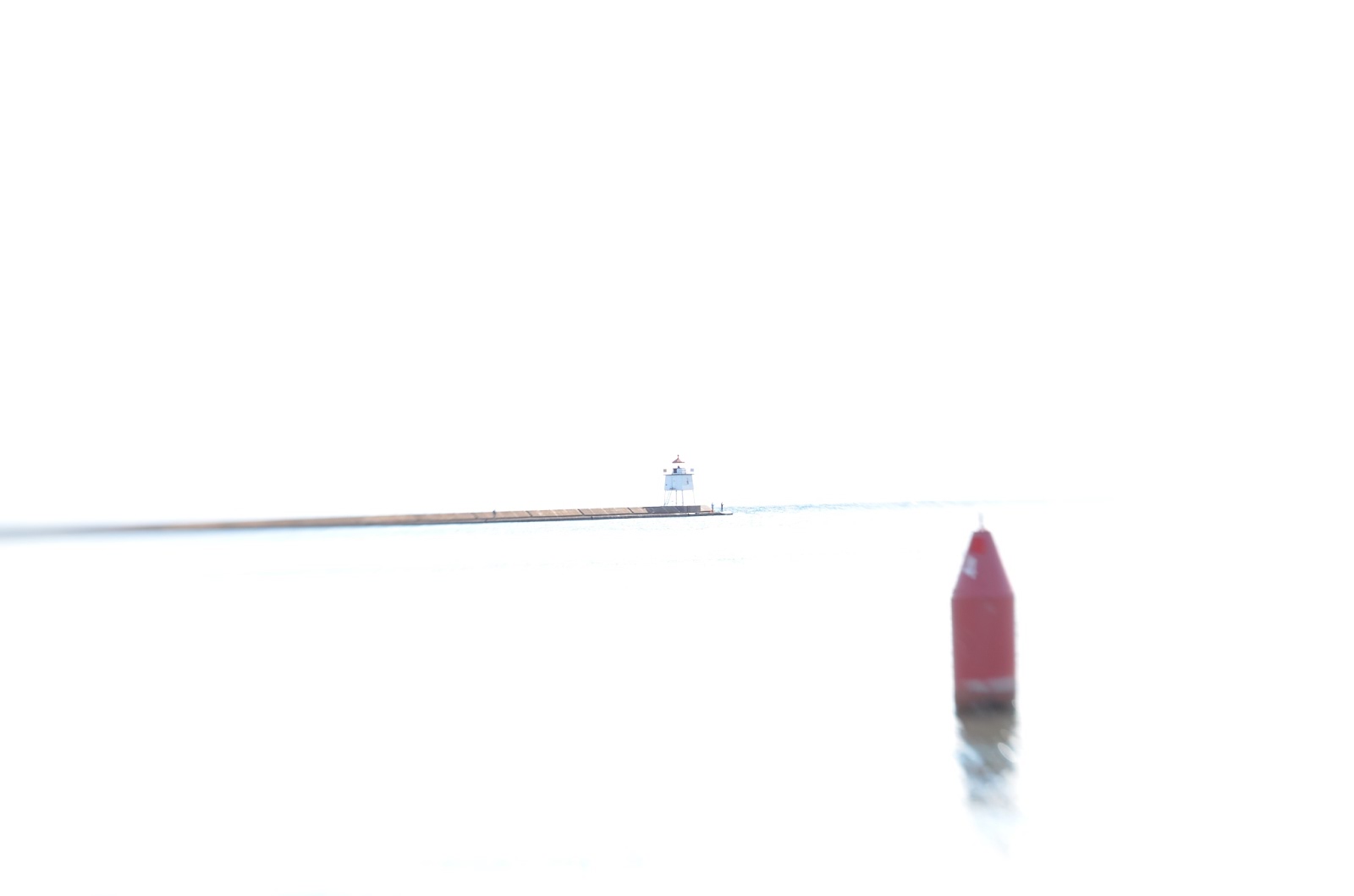 Here was a better shot of the 'navigation device'.  What you can't see are all the waves crashing wildly on the other side - we had to run in places to avoid getting wet. 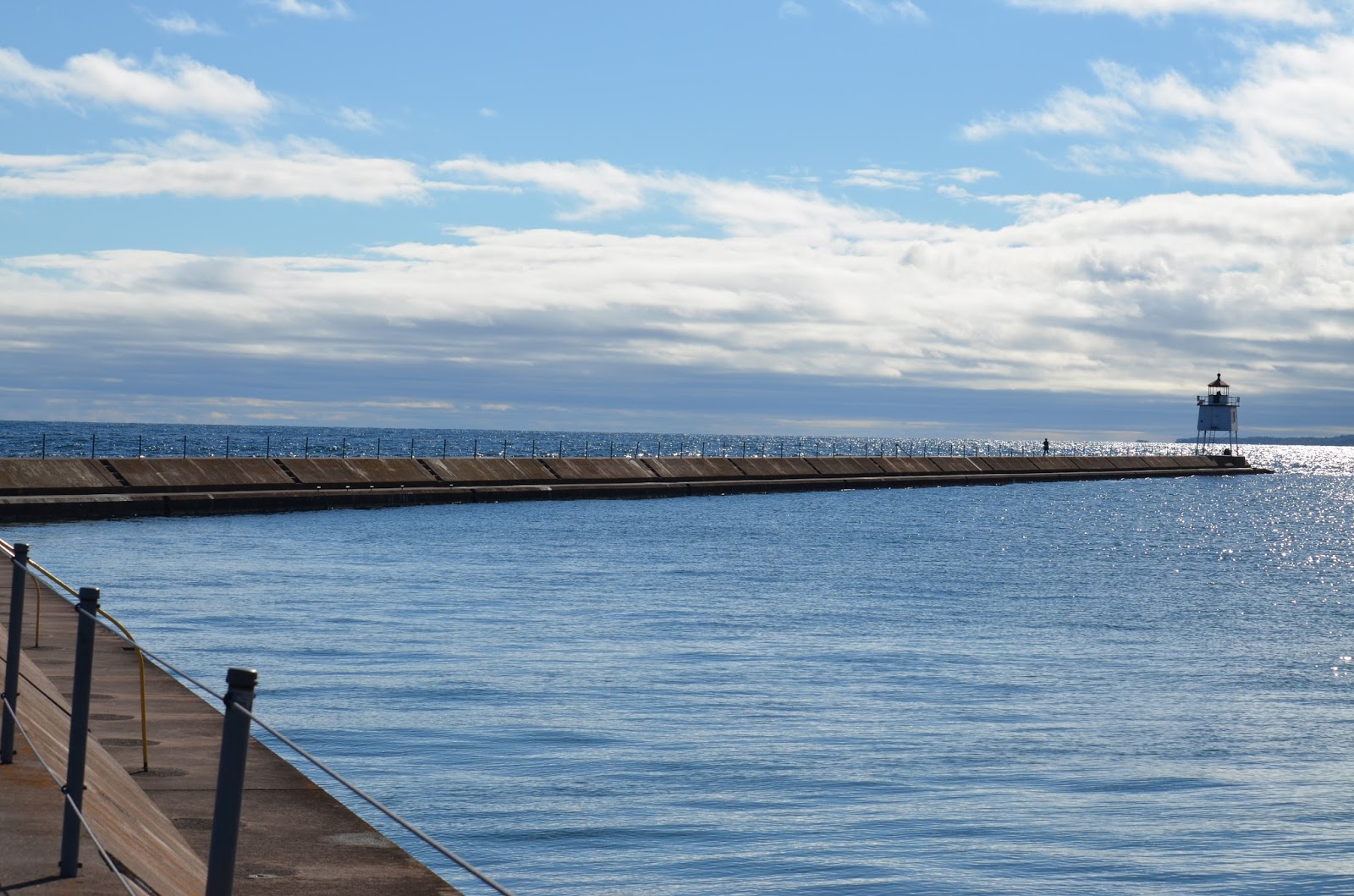 (Unfortunately this photo doesn't do the experience justice.  The crashing of the waves made it feel just like we were at the ocean.) 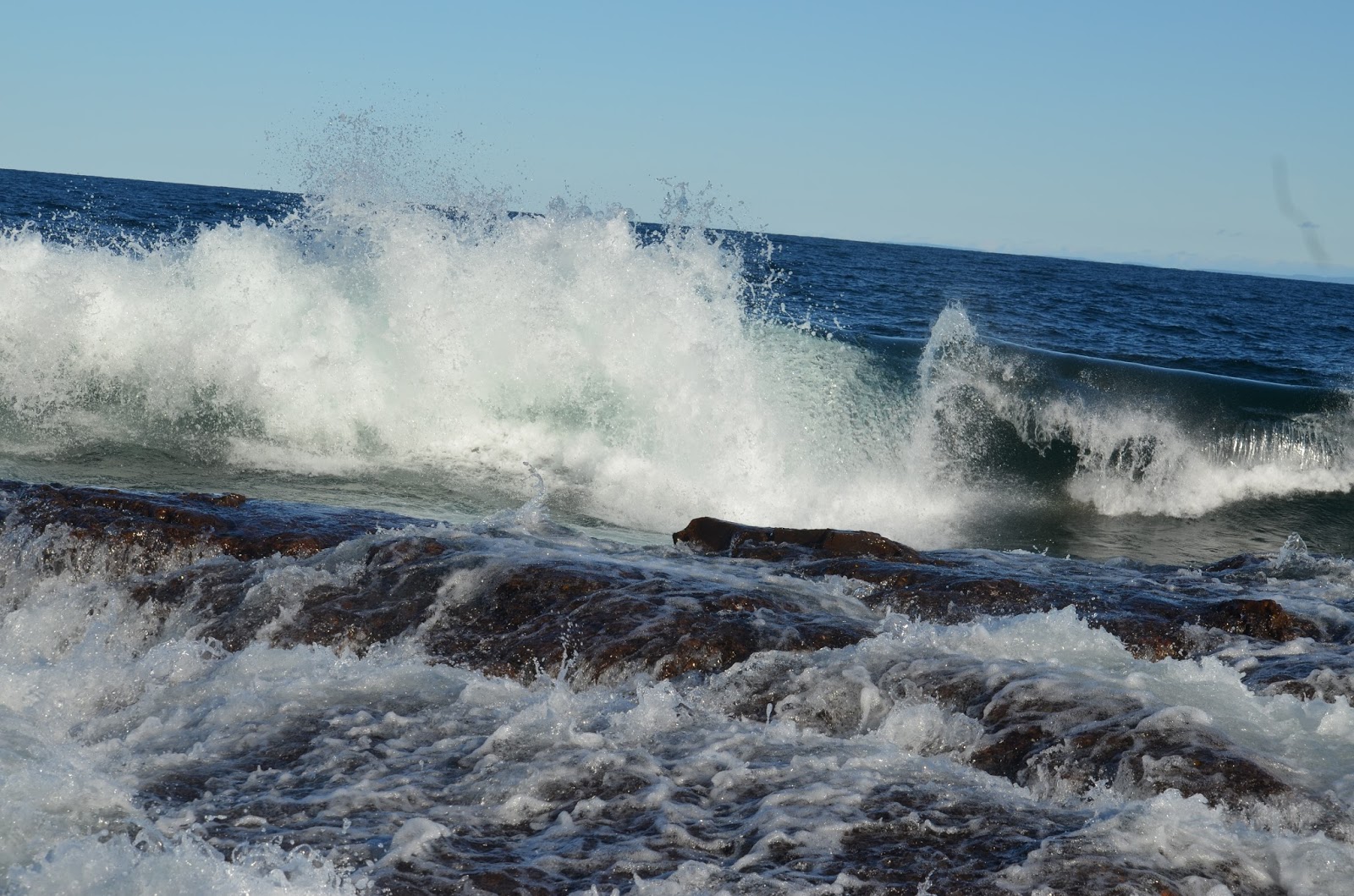 It was also near Two Harbors were I found a nice little grove of birch trees.  I love the paintings I see of birch, and so one of my goals is to capture my own picture that I will frame.  This grove was too small, and not terribly beautiful, but I figured I would play with my lensbaby and see.  I kind of like it. 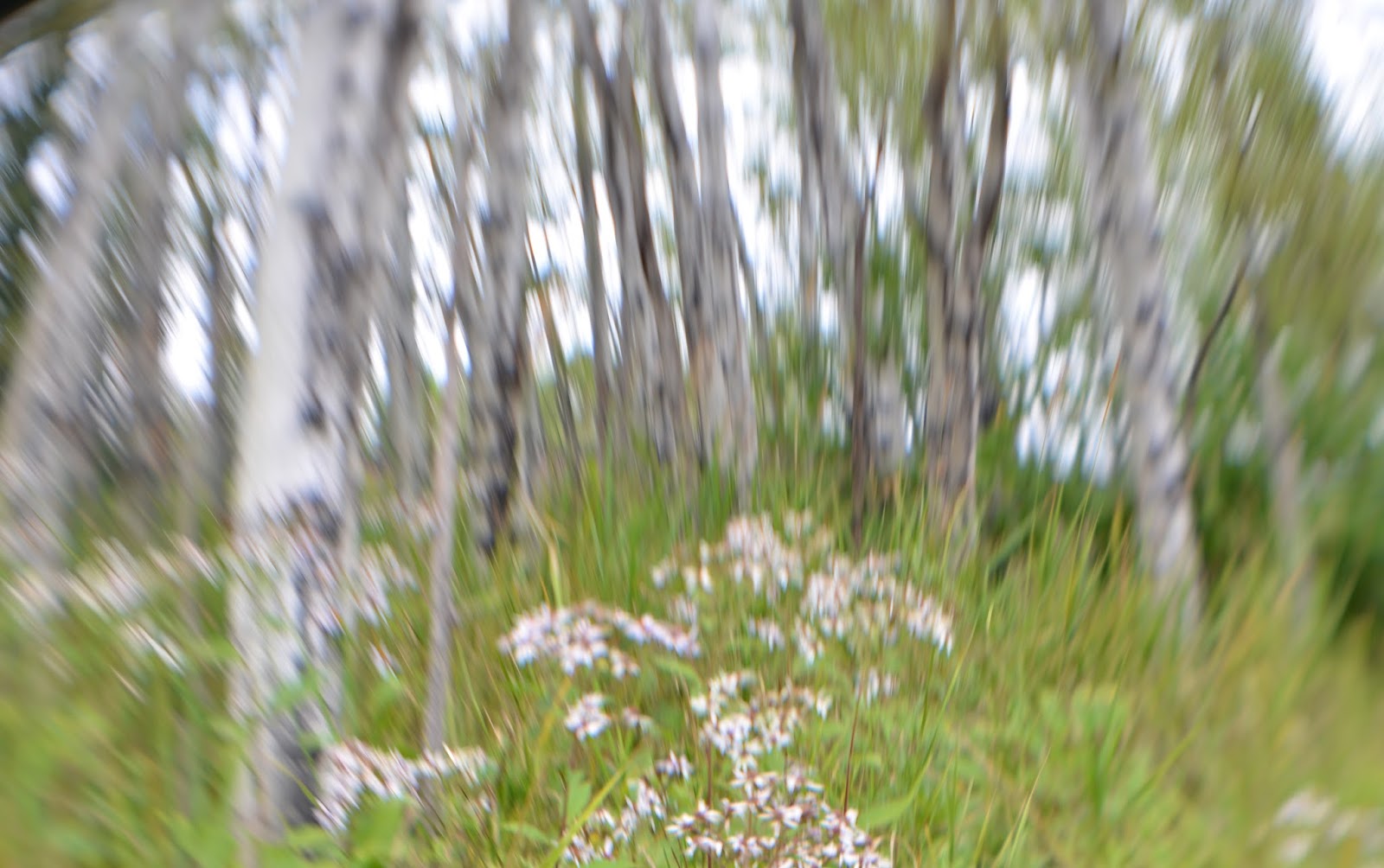 This morning we traveled up to Enger Park and climbed the Enger tower.  We got lucky and there were some excellent low clouds adding interest to the photo of the city from above. 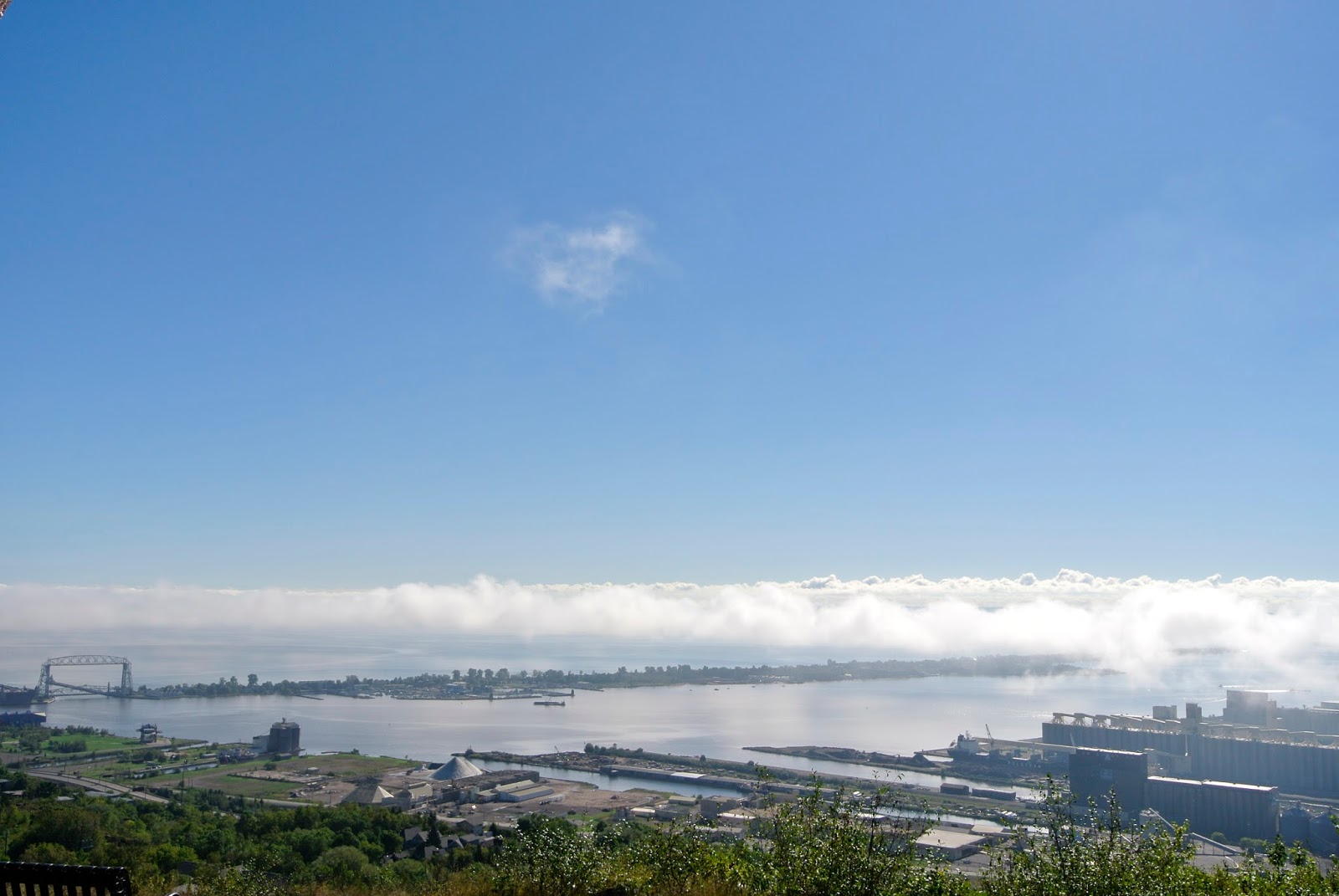