In front of an old elementary school that is just a half block from my house sits these two fun scarecrows.  Adorable! 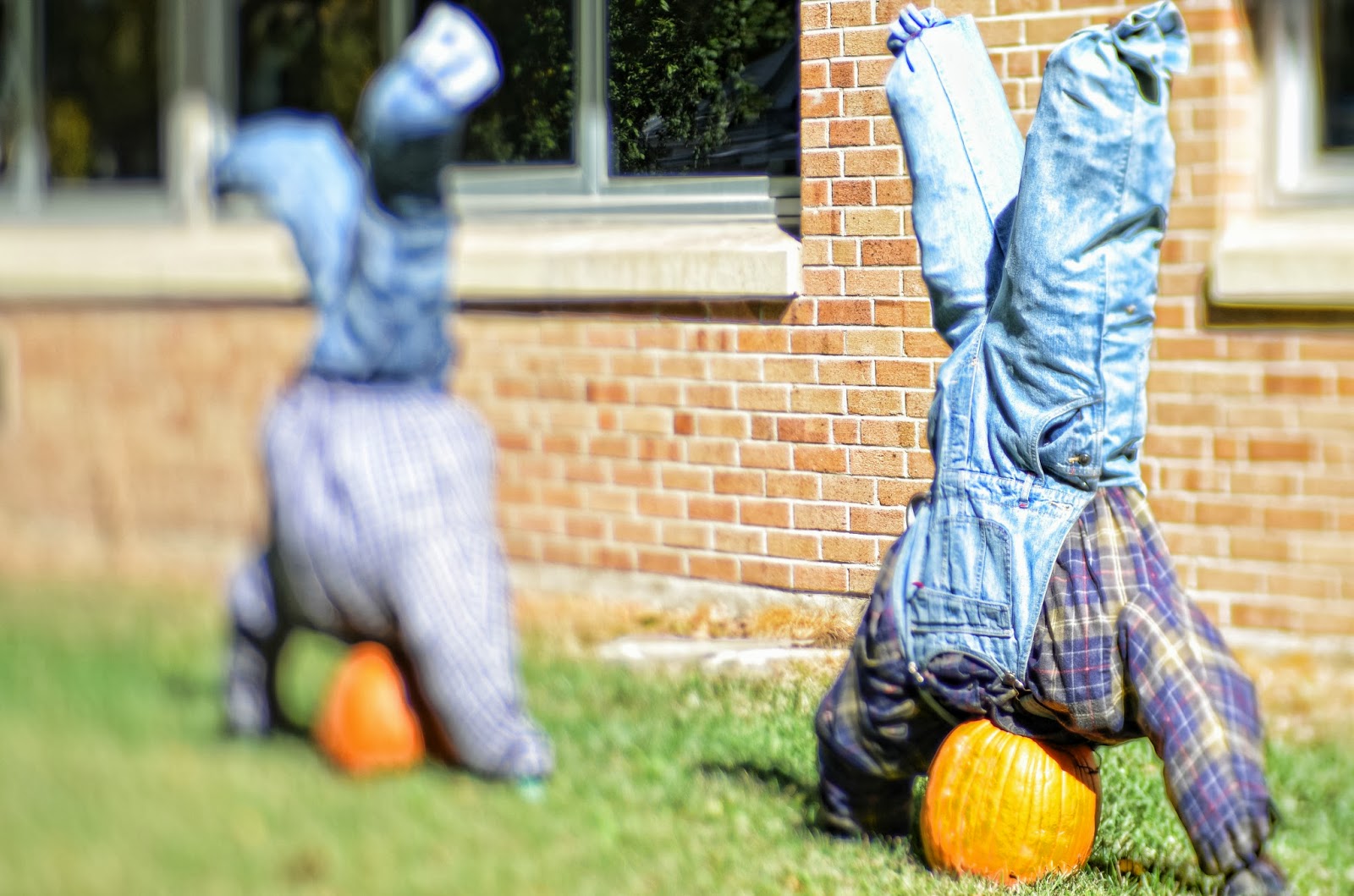 I am beginning to get antsy for some fun Halloween shots.  Folks in my community do not tend to be over-the-top wild with Halloween décor, but I'm going to search and hopefully find something spooky in the coming weeks.

I am earning a solid 'average' in the first photo challenge I entered.  Voting results aren't released for a couple of days yet, but I don't think I"ll come in last - wahoo!  The next photo challenge that I'm hoping to enter is on cats.  I have two cats, two cats that proved entirely uninterested in helping me capture a super cool cat photo so far.  Hopefully they can rest up tomorrow and give me their best.

(Here is Ellie giving me her best "I'm bored and definitely not going to attack those fish until you put the camera down" face.  And yes, immediately after I pressed the shutter button she totally attacked the fish.  But my SD card is almost full so it takes a bit to record each photo and she was done by the time the camera was ready for its next shot. Darn it.) 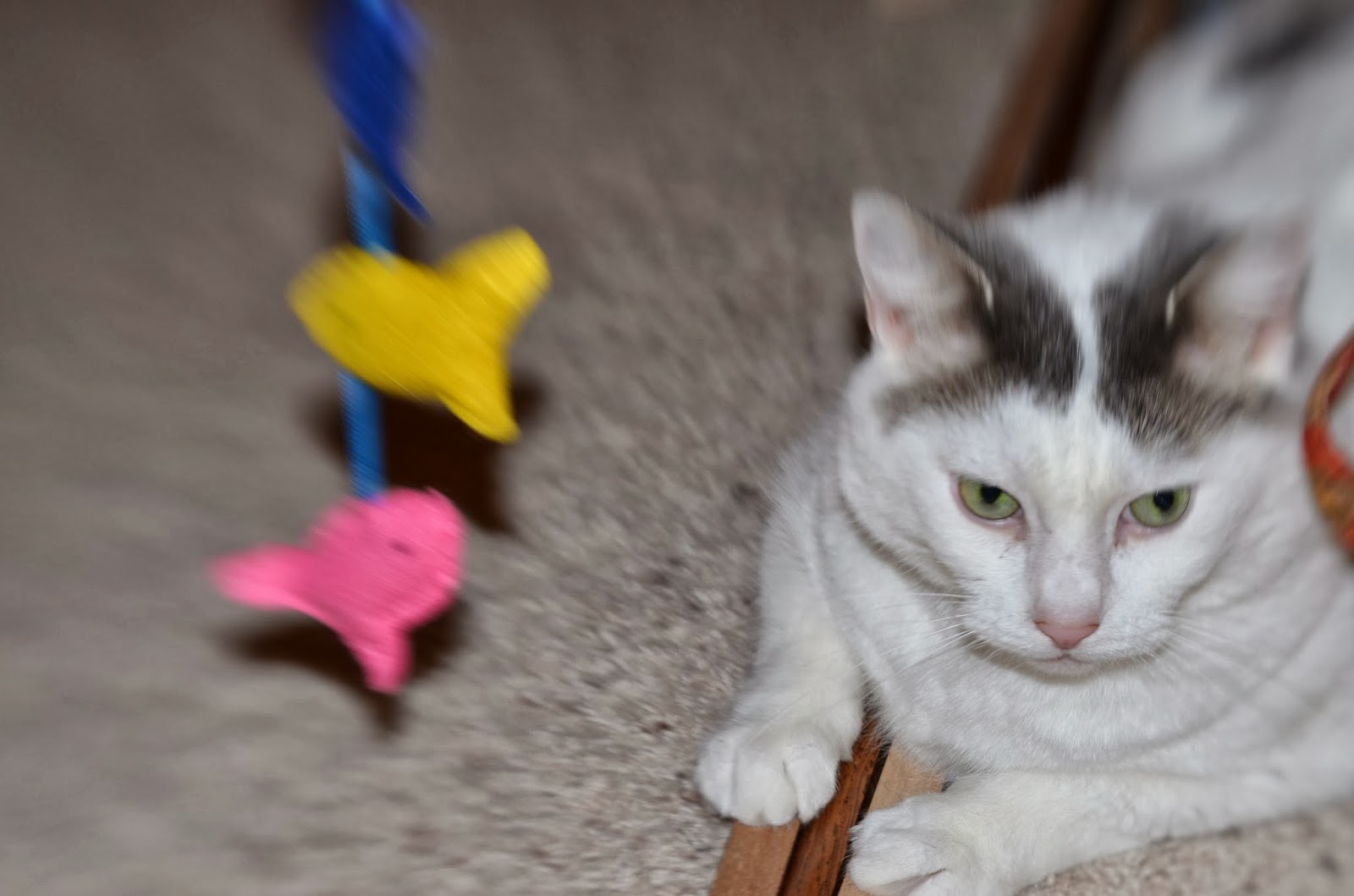 (Bailey - actually kind of a cute shot - this is my cat that moves only at hyper-speed, so it's tough to capture any picture of her.  Apparently after 30 minutes of chasing her with a camera she gave up.) 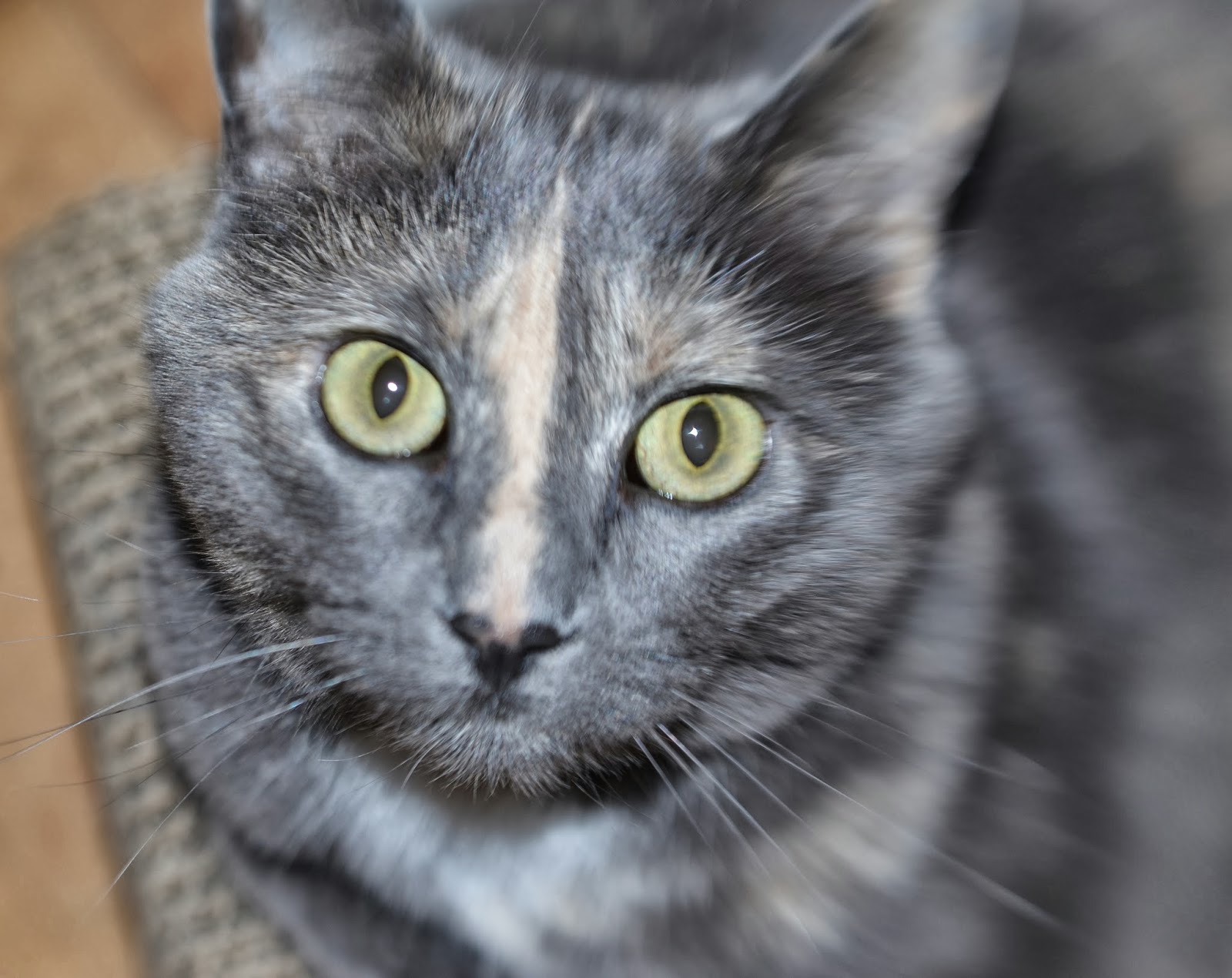