This evening I tried the macro attachments for my Lensbaby.  Once again I was amazed by my success pretty much right away.  Previously when I had tried shooting indoors, macro, still-life type photos, I had no luck even in auto.  The photos were bad, and I truly mean bad.  Most probably because I did not have an actual macro lense and was trying to shoot with my 300 mm indoors, but still - macro lenses are expensive so I tried to make do.  (But the Lensbaby macro attachments came as part of an accessory kit which was free with the composer pro lens, so definitely a great deal!)

Tonight's 15 minute photo shoot started with me trying a semi-educated manual setting, getting an all black photo.  Whoops.  Then I turned the flash on and got an overexposed photo even at 1/32 flash power.  But then I adjusted the exposure compensation to -3.0 and there it was.  Crazy.  Easy.  Fun!  (I only attached the 10X macro attachment which got me about 4 inches from my subjects - I could have added another 4X macro attachment - incredible.)  I know the photos are not perfect, but to me they're definitely close enough. 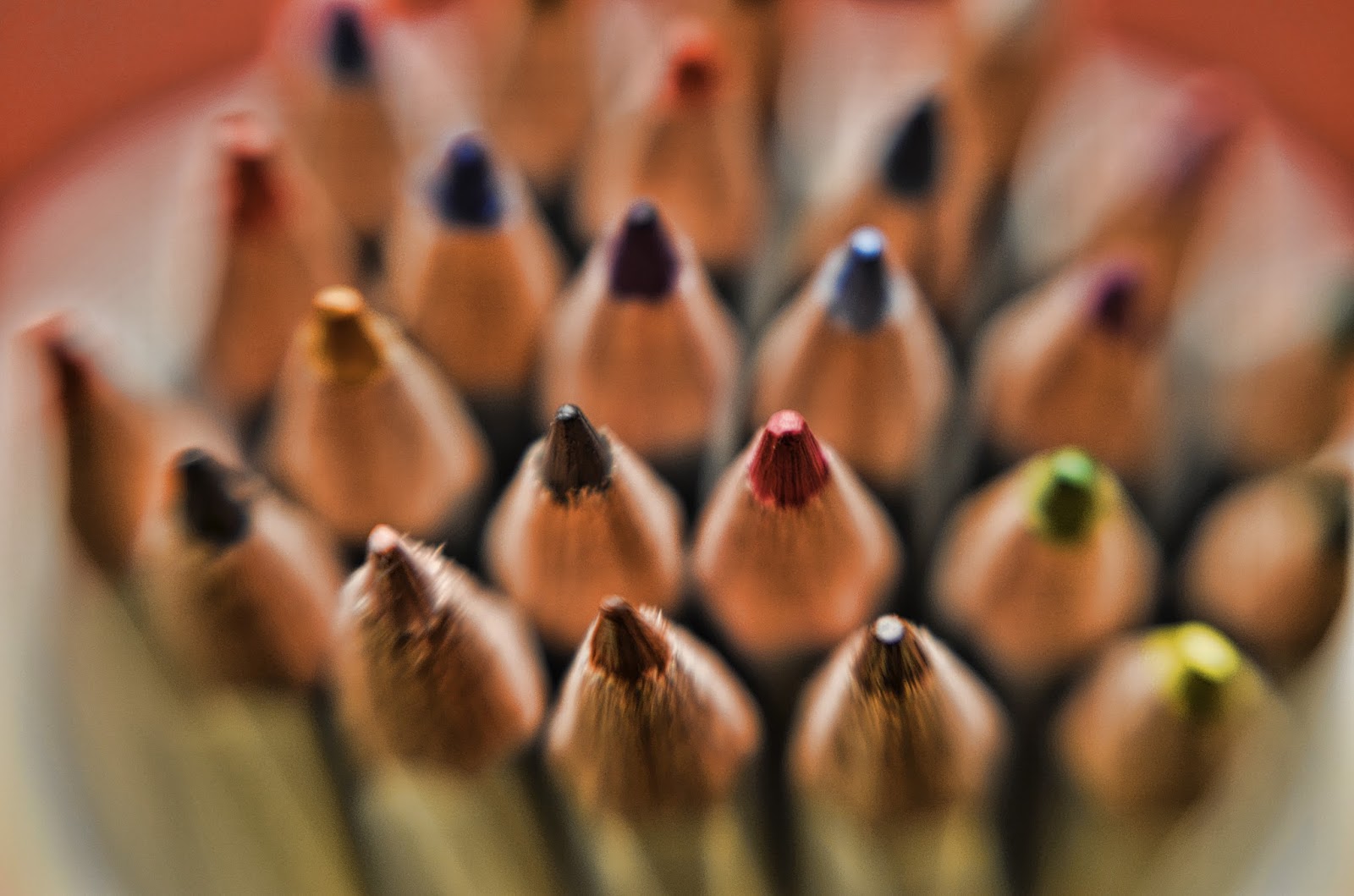 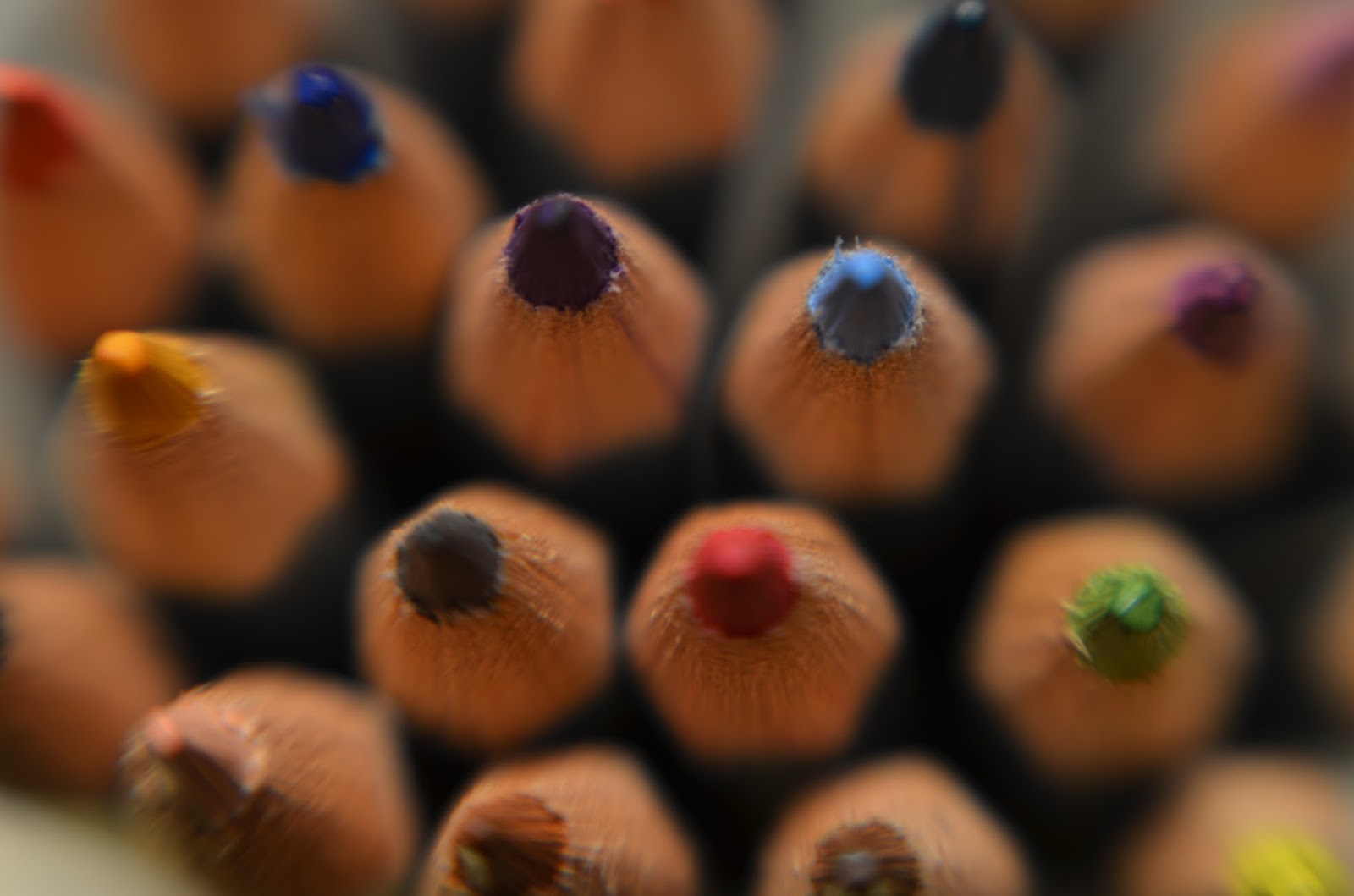 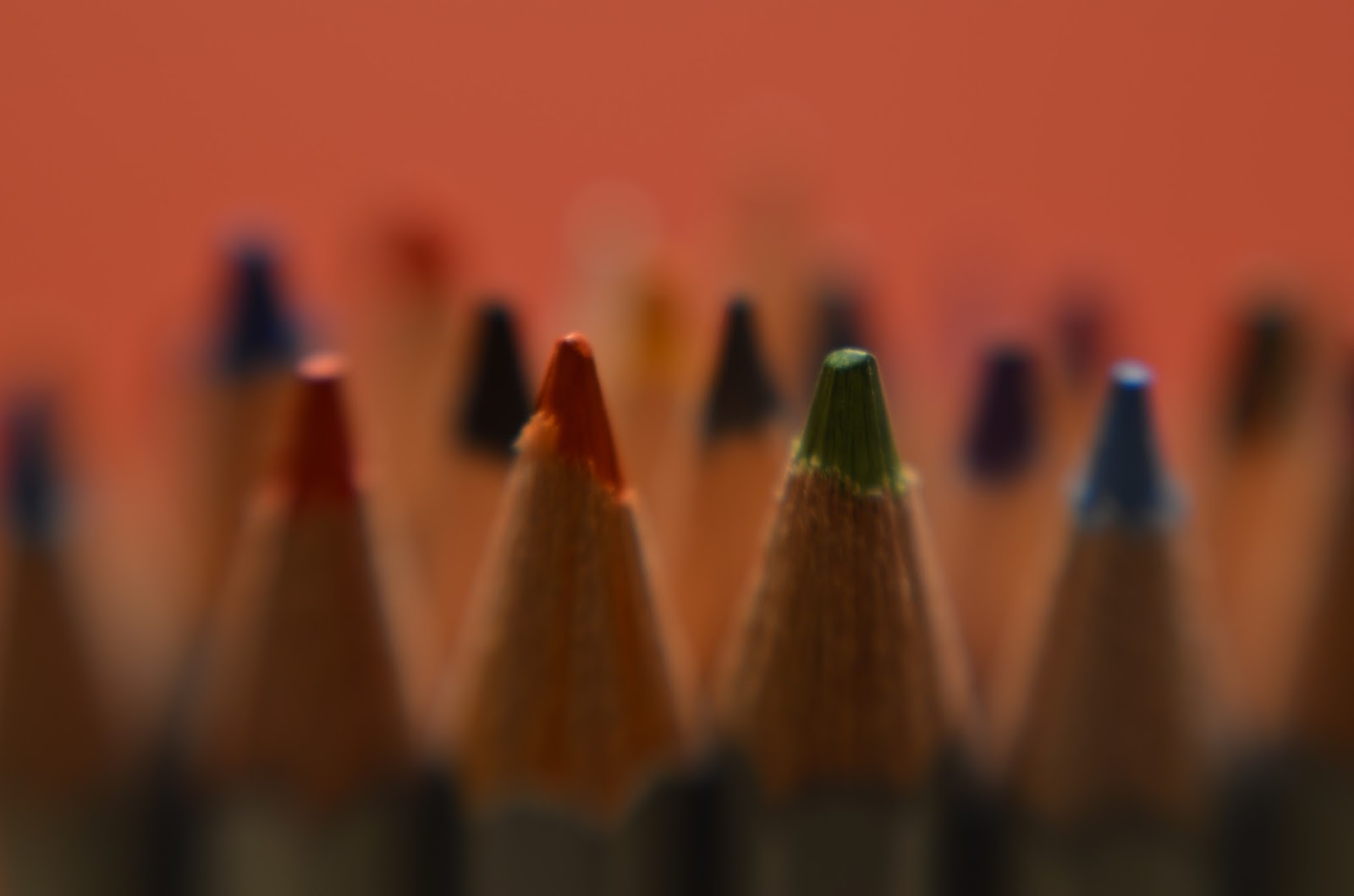 As you can see I tried several different angles and arrangements of the colored pencils figuring I would like one best.  Nope, no favorite.  I did a bit of Photoshop editing to the top photo, changing contrast and playing with brightness and color saturation to give it a more painterly look that I liked.   Also, in retrospect I should have switched to a more neutral background rather than the red background I had in place.  I suspect the colors might have stood out more in the bottom picture if I had done that.