I tried. Also, the day of wasps and a cow on the loose.

All I have to say for today is that I tried.  I went out for almost three hours and shot photos with my lensbaby.  My intent was to look for interesting landscape shots so I could enter another photo challenge.

It was an exciting outing.  My journey started with a wasp in my car and me frantically pulling off the street into a gas station to get it out.  Then I headed out into the country.

I first came across a cow on a hill and I thought maybe that would be good.  Well the cow walked behind the hill before I even got close to the fence.  I got back into my car and in my rearview mirror I see a wasp hanging onto my sweatshirt.  (LOUD SCREAMING HERE - the screaming was not helpful.)

I truly had no idea I had become so terrified of wasps.  I jumped out of the car - which was on the side of a fairly non-busy road, but I kept trying to make sure that watched for cars as I jumped around in a desperate attempt to get the frightful inspect to let go.  OMG it must have taken five minutes and several swipes before he let go.  I was stunned by the ridiculous amount of fear I was feeling.  (Possibly because it has been a really long time since I have been stung?  I don't remember how much it hurts so my assumption is it must be terrible.  If you've been stung lately, how bad is it?  Worse than a biting fly?  Probably quick and not so bad.)

Finally I got started driving again although I was a bit distracted by phantom bugs crawling up my pantlegs.    (Luckily the wind picked up and this was the last of the bug scares for today.)  As I turned a corner heading towards some other interesting hills there right in front of me was an escape cow on the side of the road.

Awesome.  I stopped and she looked right at me.  She was standing at the edge of the highway so I did what any rational person would do.  I rolled down my window and shot two quick photos as I drove slowly be.  Too bad I'm not better with my lensbaby yet because the picture didn't turn out all that well, my focus spot was on the grass.  (Spoiler alert.  Non-fabulous was pretty much the theme of day.) 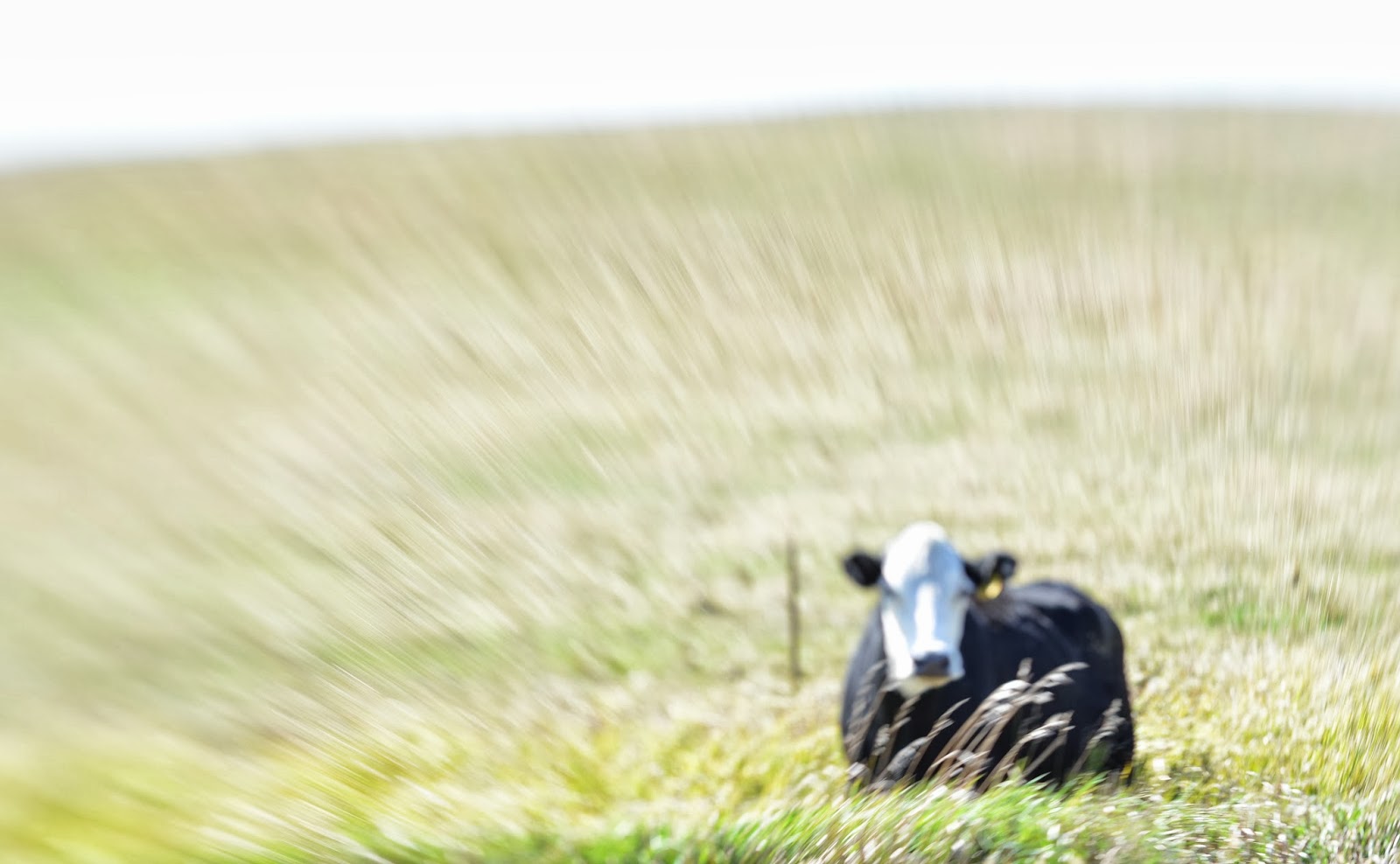 I tried some photos with a soybean field and a pond with some dead trees but eww, the lenbaby configurations I tried - just not right. 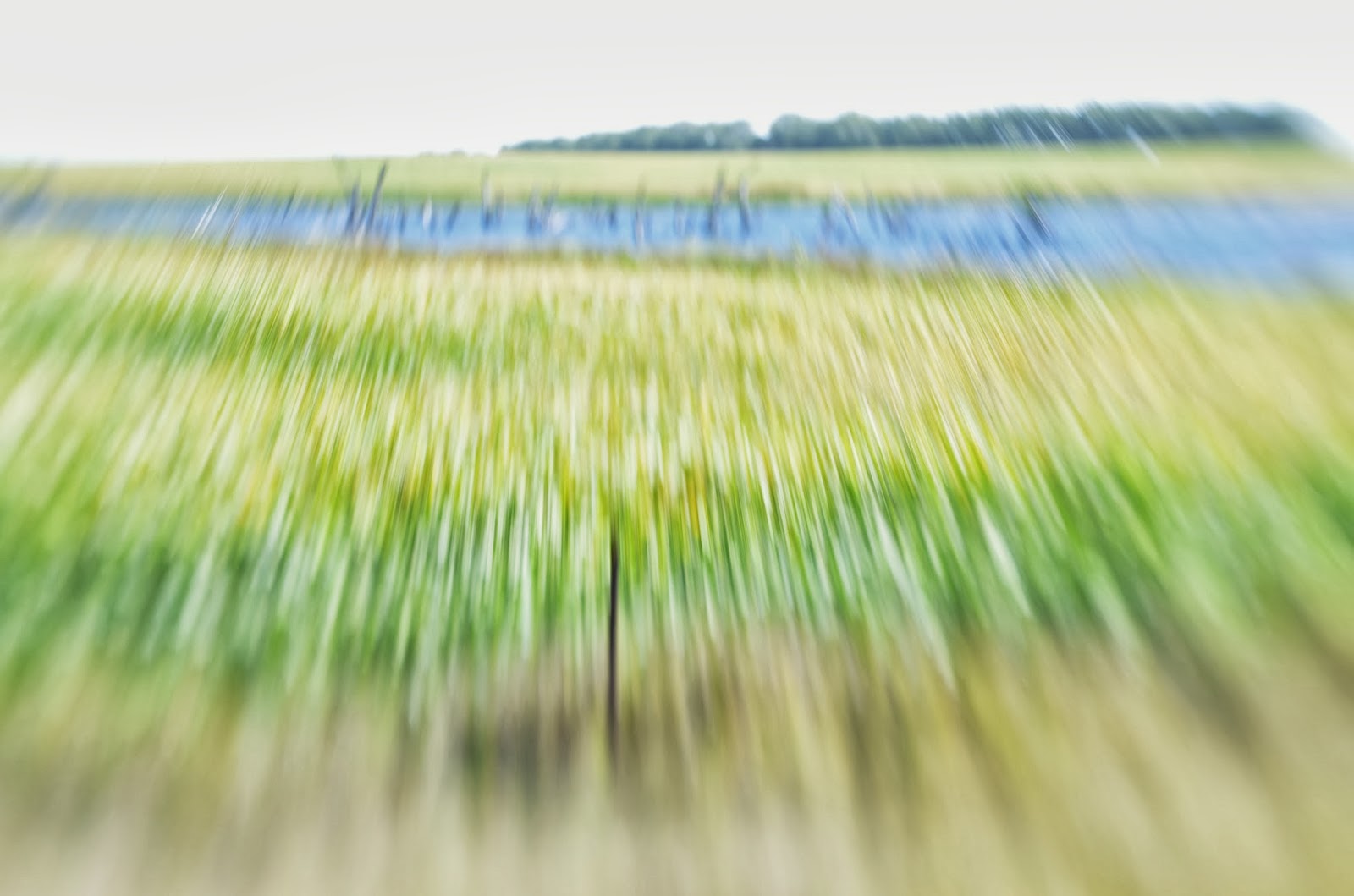 I drove home at that point and decided to try my luck and macro with the landscaping around my house.  We had just a couple of flowers left in bloom, but I also played with leaves and berries.  I struggled a lot with focus primarily because of the wind.  I had my tripod and I took lots and lots of shots just to get these few that were semi-presentable. (I really kind of like the leaf picture, I suppose it's my favorite shot of the day.)

So I guess I have more learning to do.  Composing landscapes is definitely more challenging with my lensbaby.  But I'll get it eventually.  Till then I'll keep practicing and enjoying the occasional success. 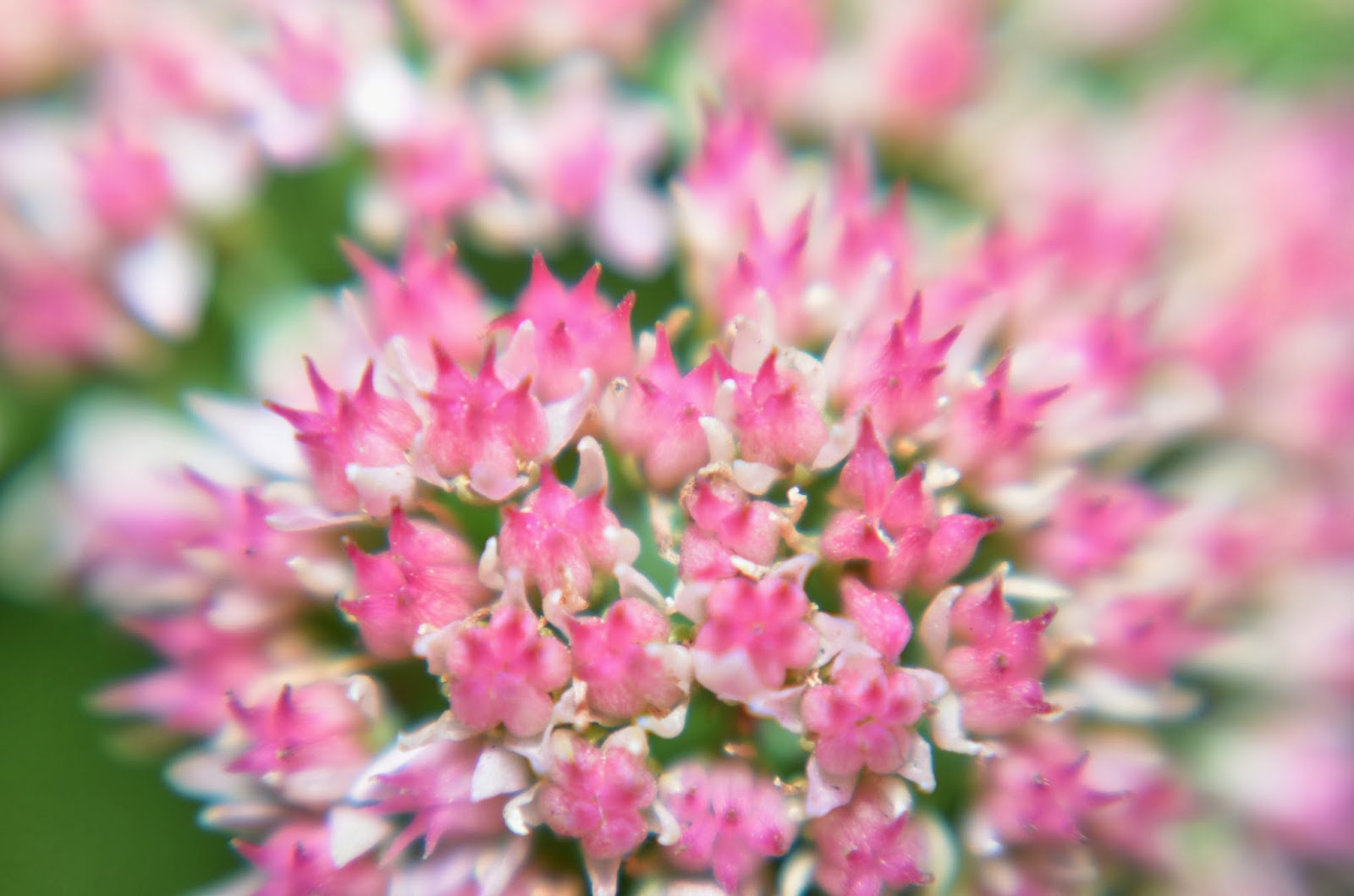 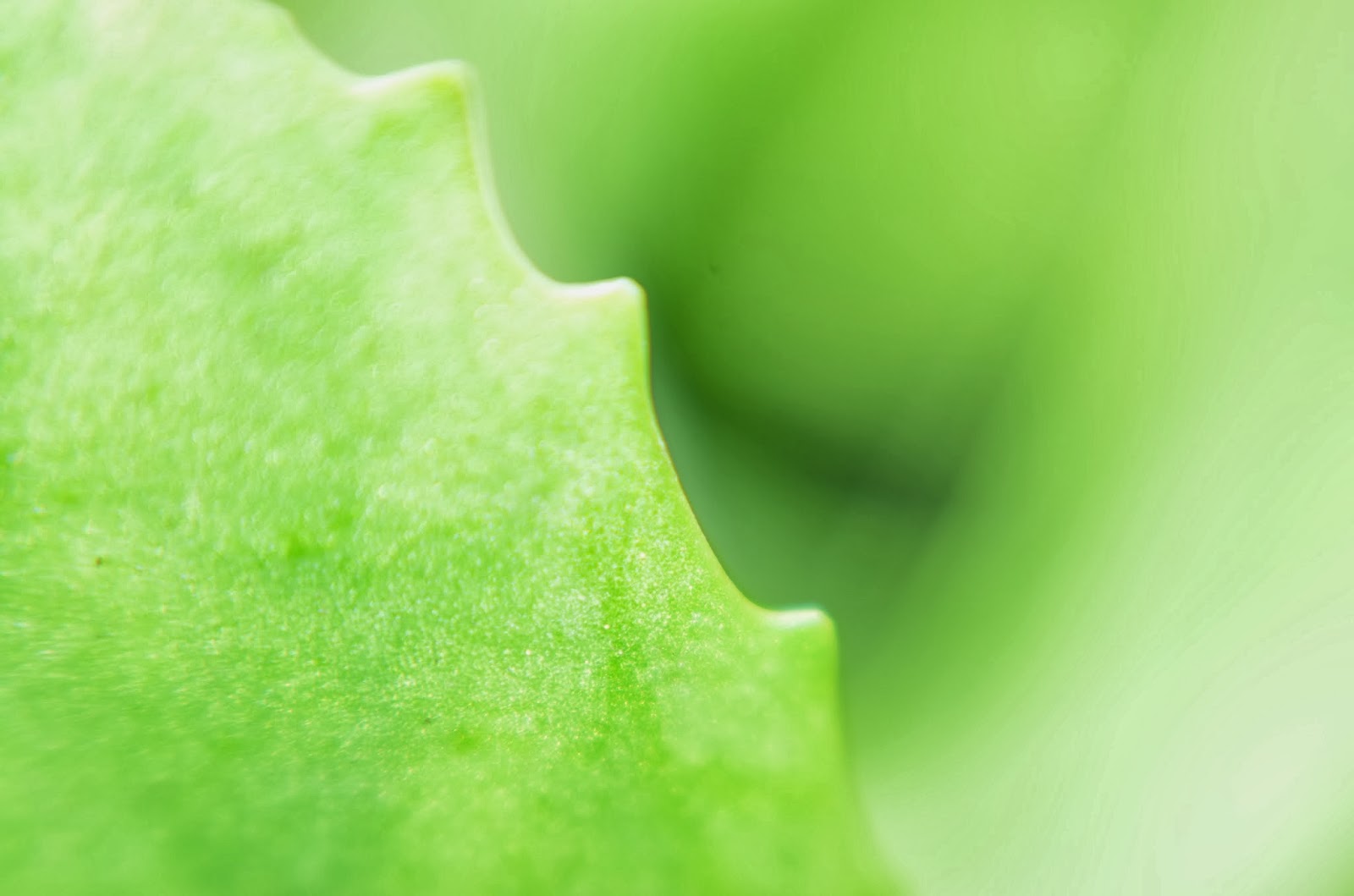 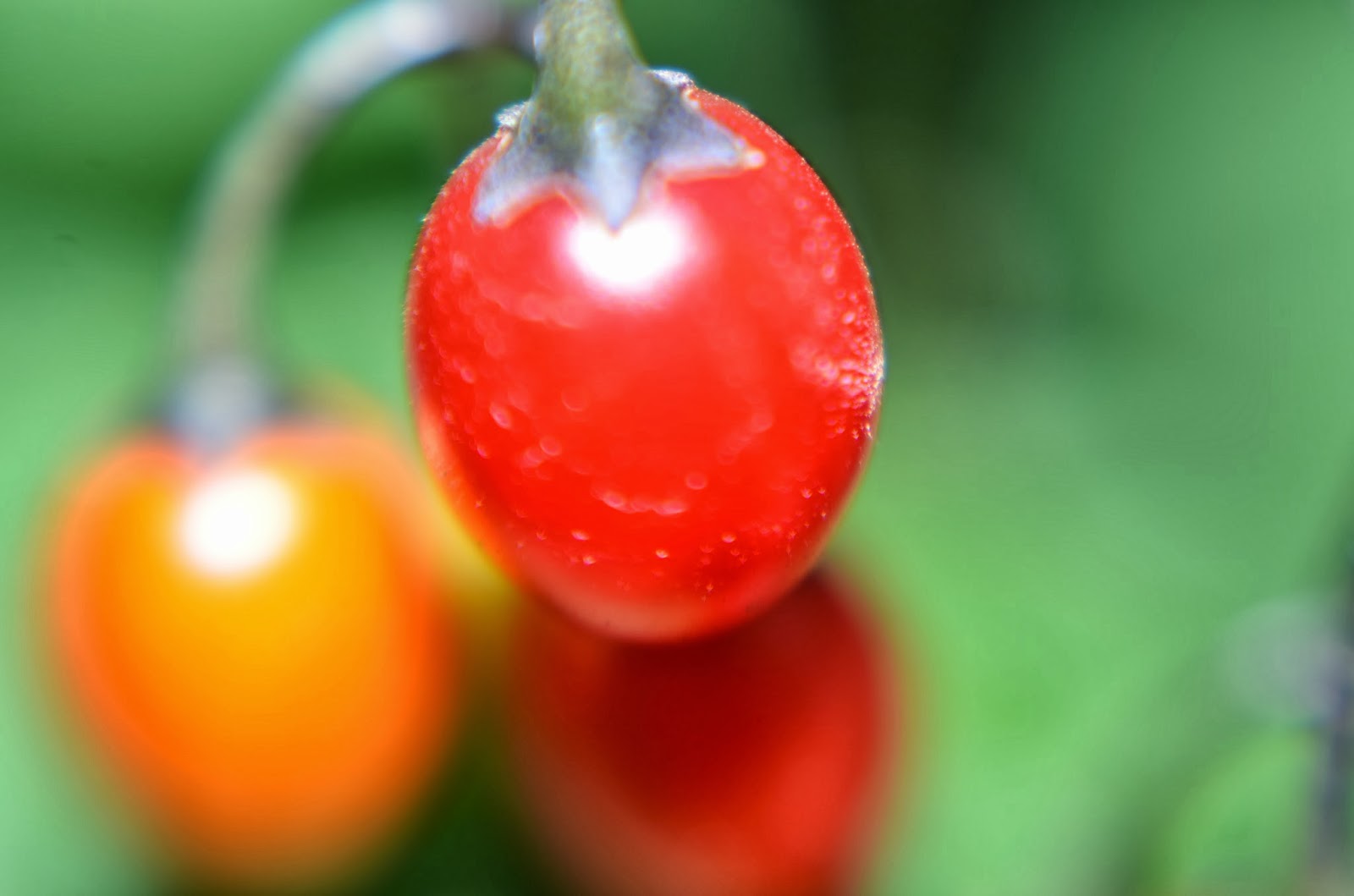 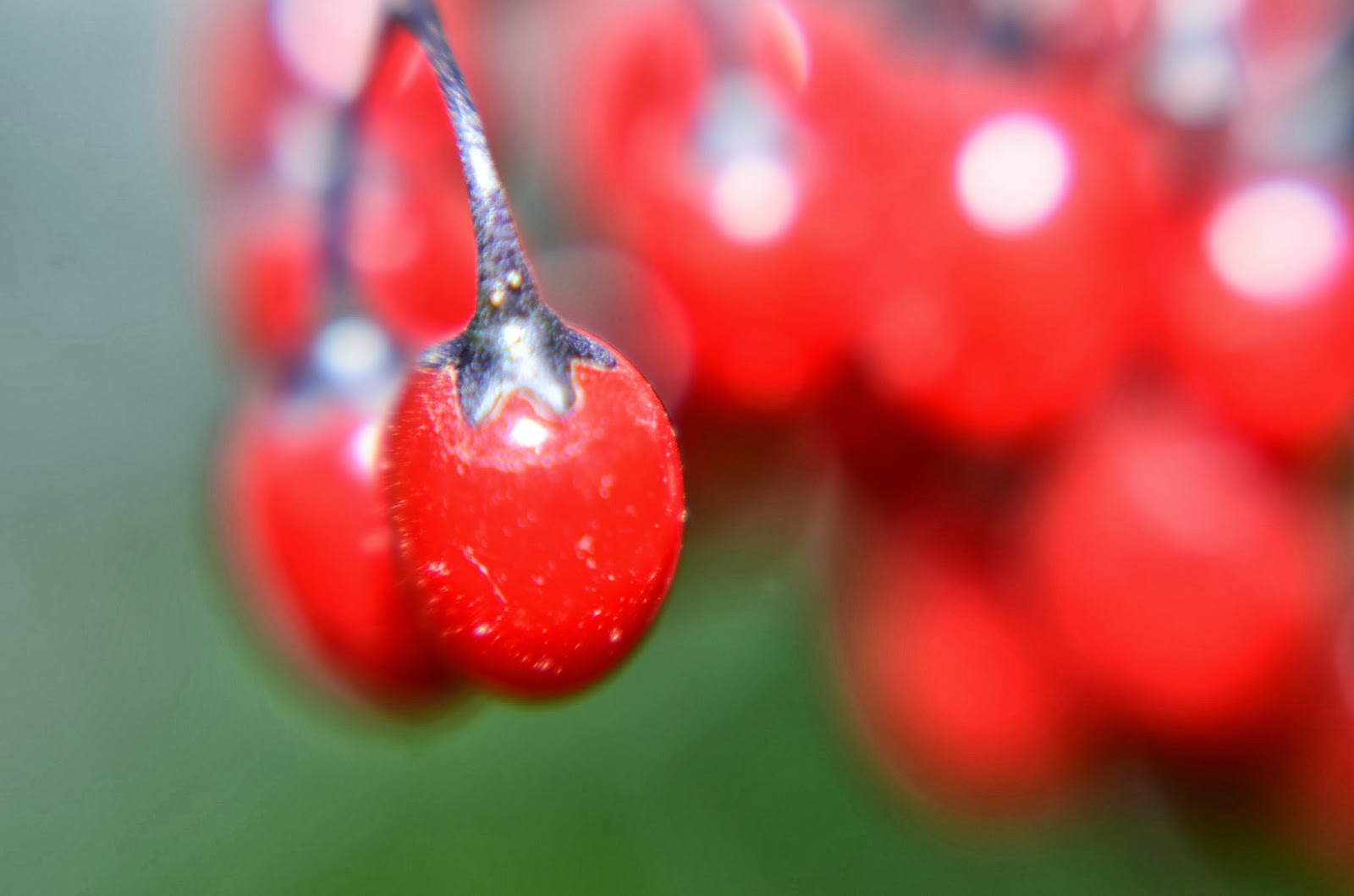 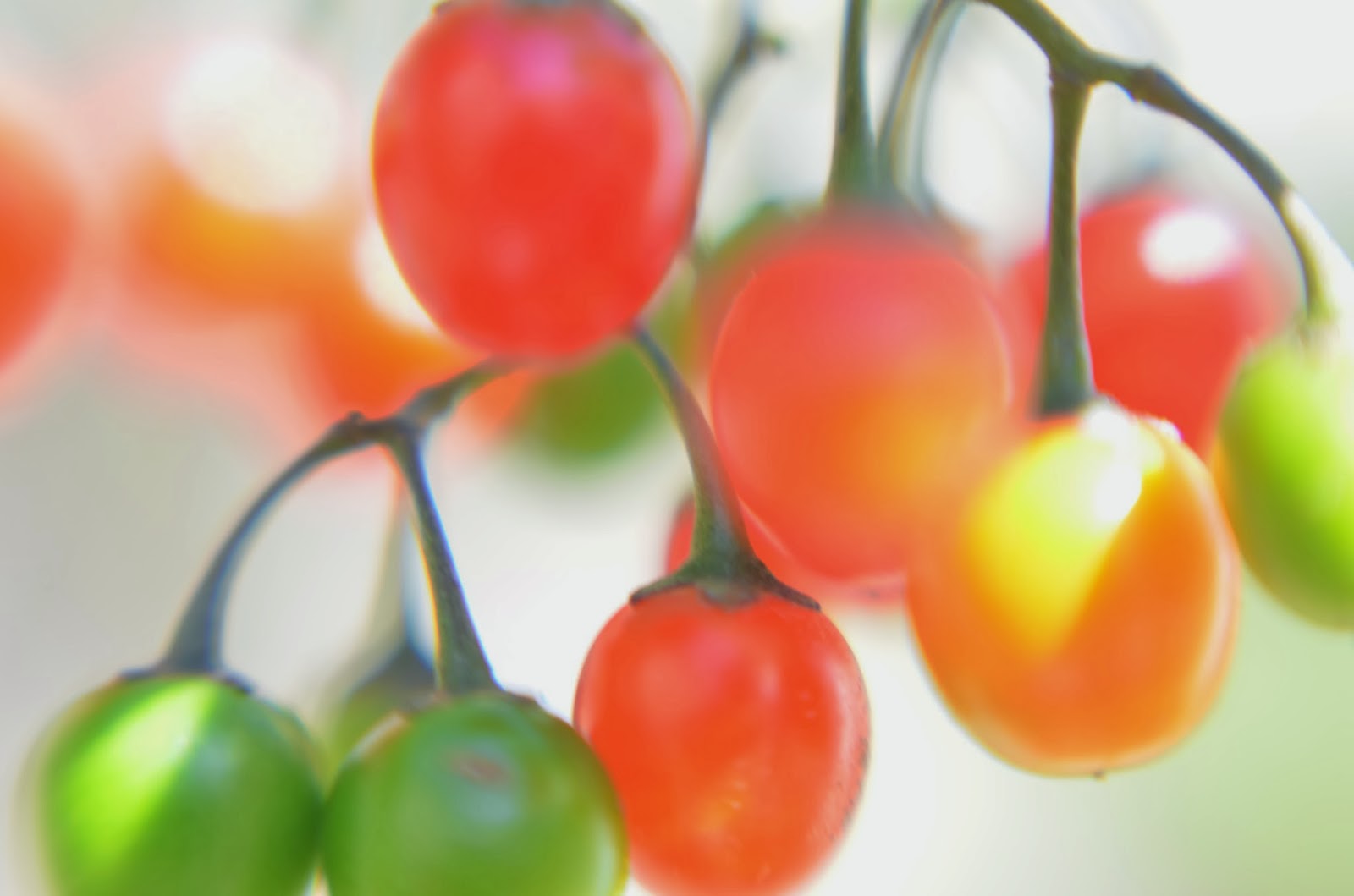 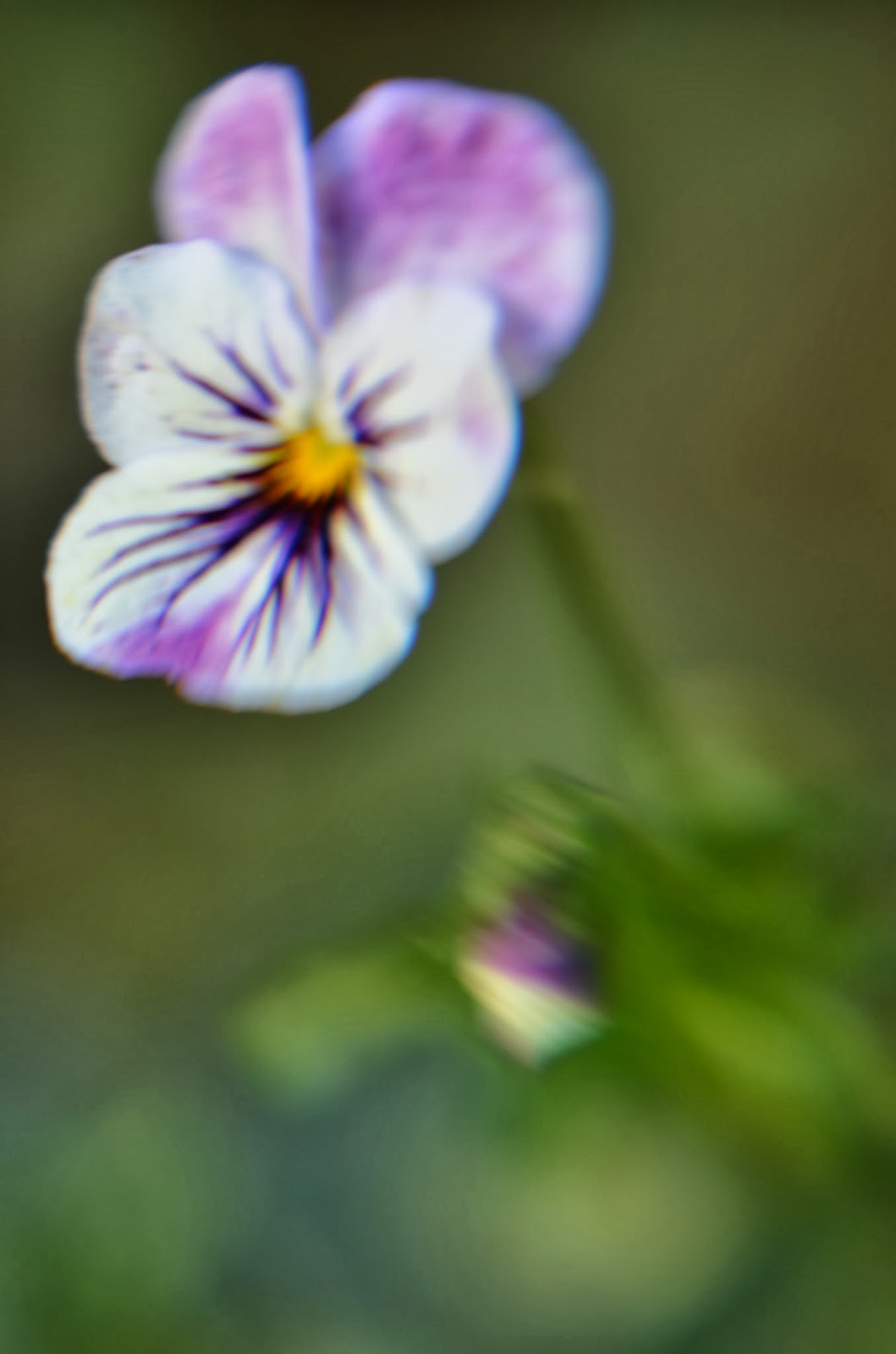