Day 64. After the blizzard.

Just to clarify, I live in one of the plains states (South Dakota).  And while we are in the midst of a blizzard, we did not get the 2 1/2 feet that the east coast received during their blizzard a couple of days ago.  So blizzardwise, ours was not terribly impressive.

But we did get a foot of snow, 45 mph winds, and our interstates are shut down too, so it was still a good storm.

During a lull in the snow today, I took a walk to seek out some snowy pictures.  It was rather a tough walk, and I surely got my daily exercise even though I walked less than two miles.  (There was very little traffic out so I trudged my way in what tire tracks there were in the street.)

I am actually quite pleased by what I captured today.  The snow covered pumpkin leaf bags looked a bit out of season.  And it totally reminded me that my husband and I didn't pick up the small bit of leaves that fell last fall - so they'll be waiting for us in the spring.  But while snow covered, I thought the pumpkin on the right had a mischievous look about him, a bit like he thought the snow was fun.

Then this poor, little, plastic snowman, doesn't he look like mother nature tried to beat him down, but he's having none of that? 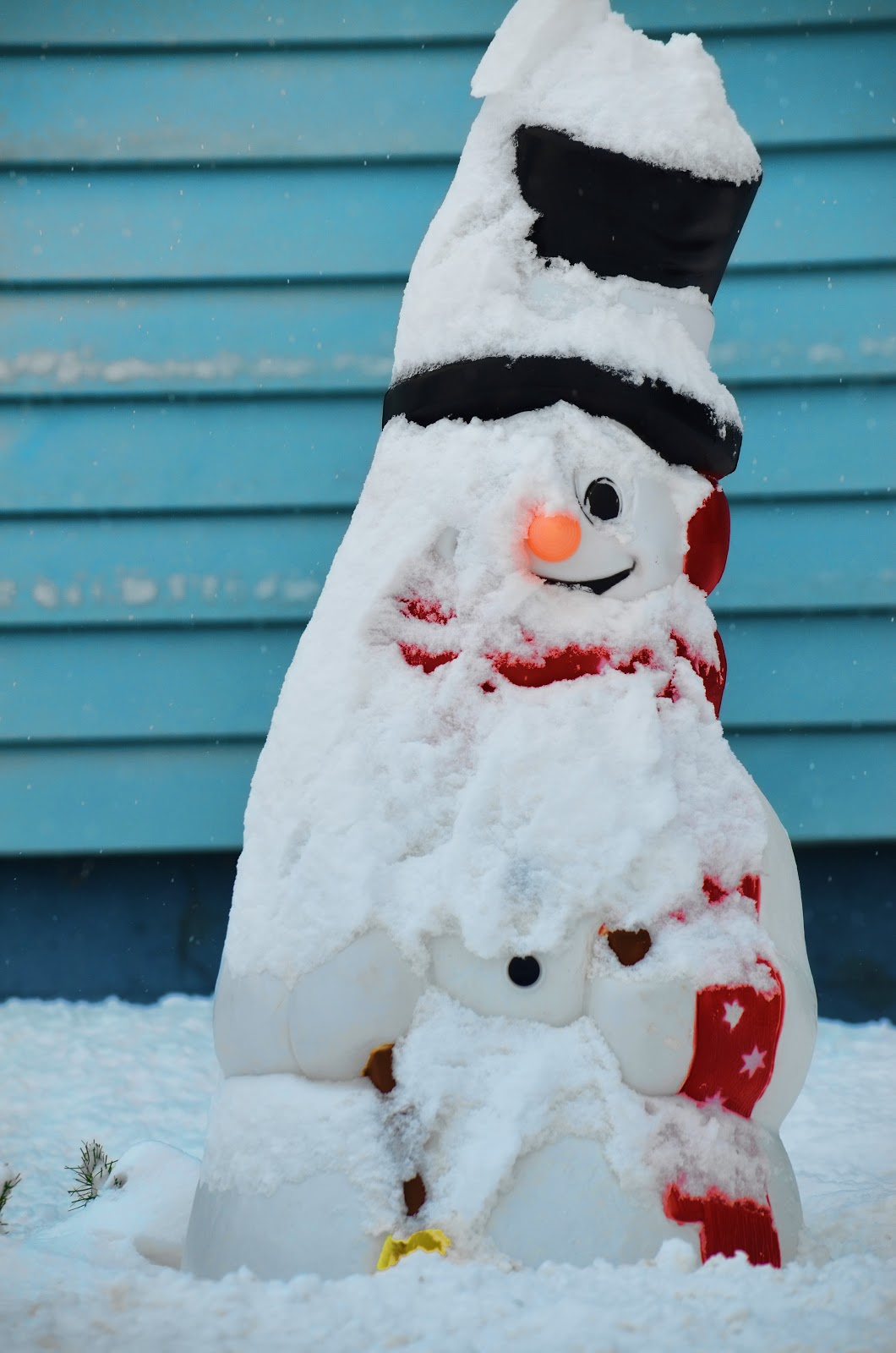 I have to drive on one of the aforementioned interestates to get to work tomorrow, so I am guessing I can sleep in a bit while we wait for the snow plows to get through and law enforcement to declare the roads open.