Kind of a boring story today compared to yesterday's fun with wind and snow and wine.  But I suppose not all photo sessions can be as much fun as taking 50 different shots of a glass of wine.  (And yes, that is approximately how many shots - photos - not shot as in drinks - it took to get one the one picture of the wine glass I felt was decent enough to post.)

Today's photo continues on my quest to photograph bridges.  This bridge goes over the Big Sioux River, and when I cross-country ski on the river it is one of the bridges I go underneath.  It is actually just a walking bridge, rather than a driving bridge, but that also means that it is probably less common as far as bridge photos go.  The bridge is made all of logs, as I suppose if fairly obvious from the picture.

Anyway, I decided to try and capture that unique view from underneath, a view that isn't available most of the year.  (I could try and recapture the view from my Kayak this summer, but the river tends to be brown and/or green, and kind of nasty as far as rivers go, so I probably won't.) 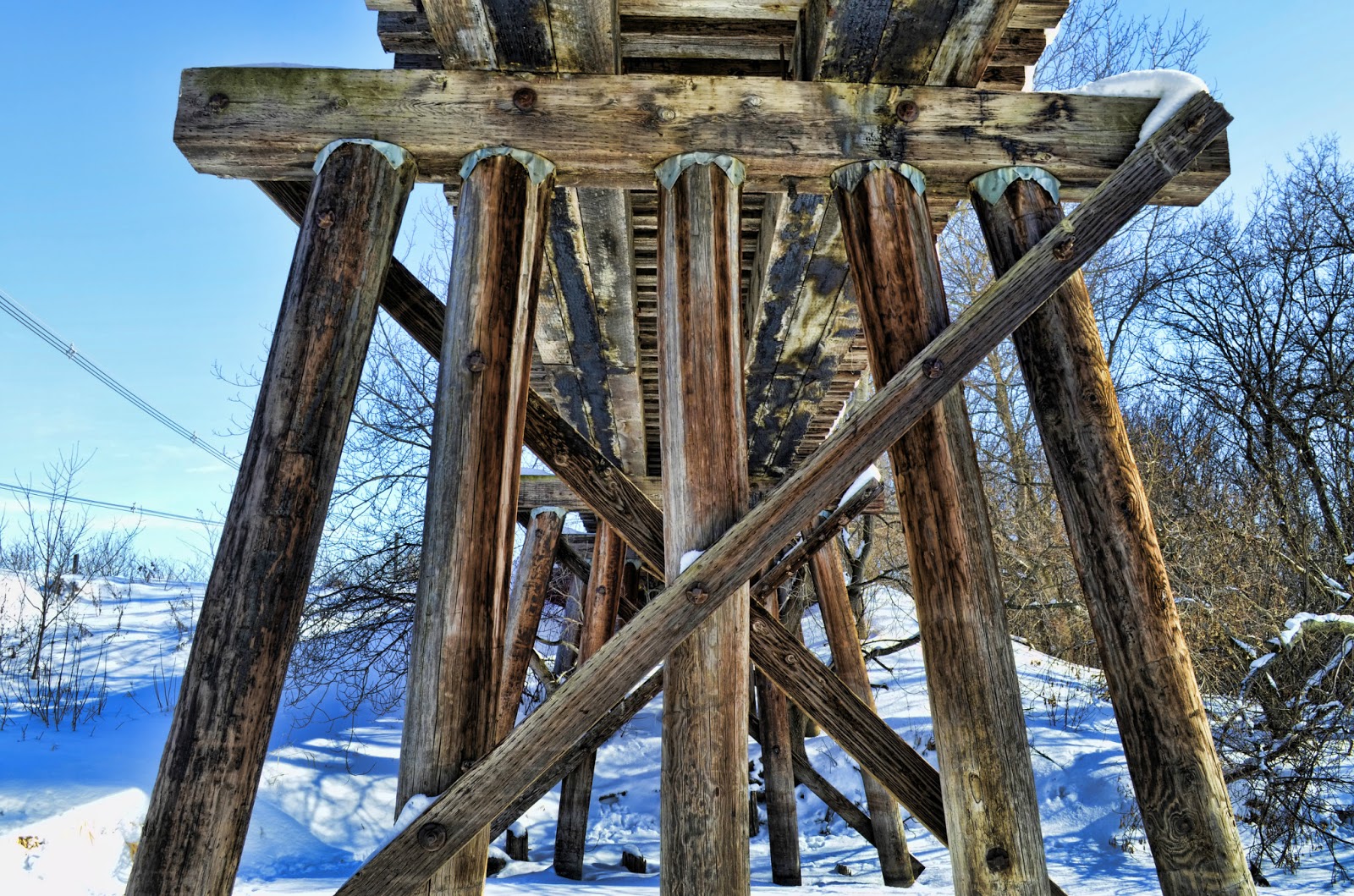 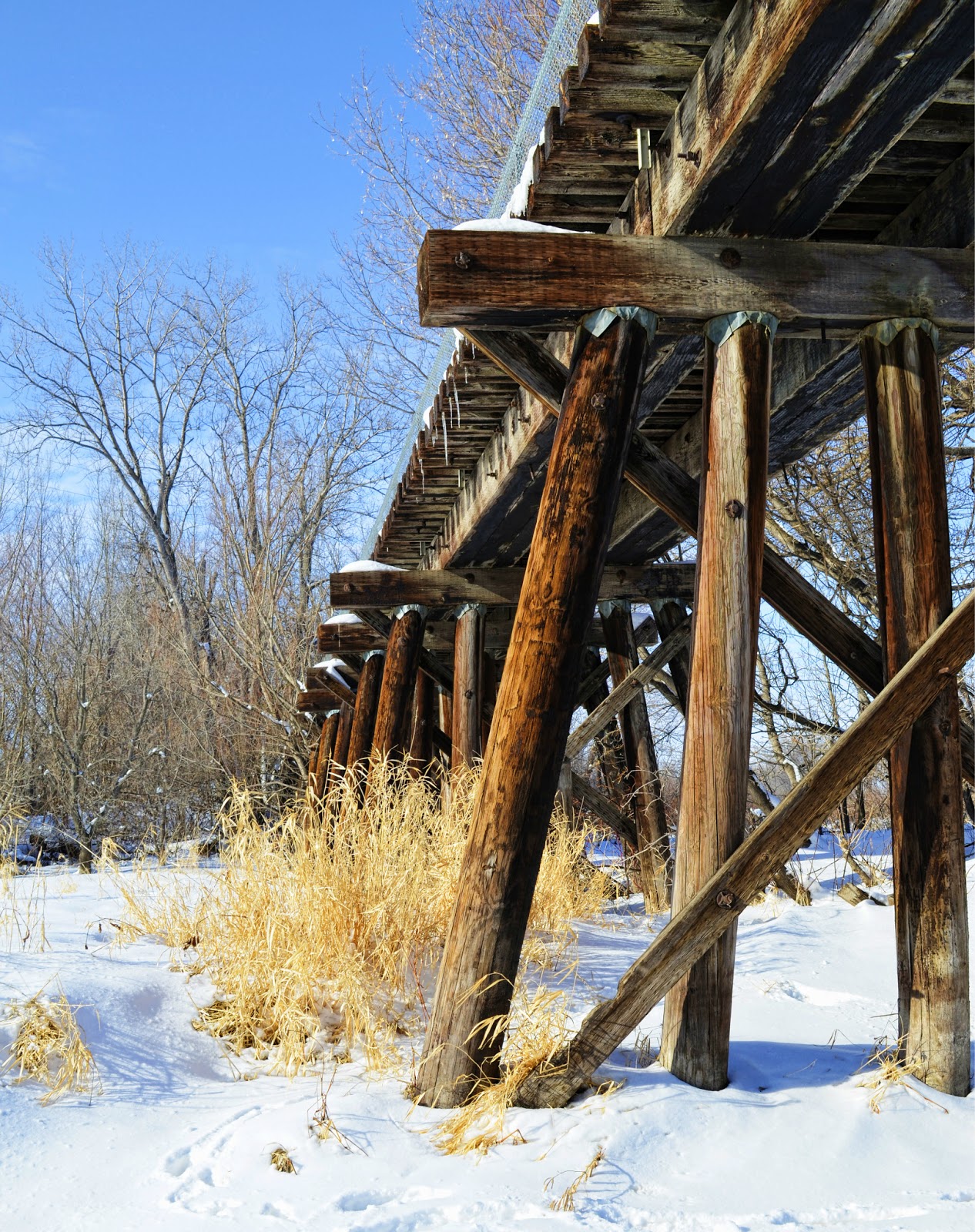 And be reassured, another blizzard is due starting tomorrow evening or Thursday morning so there could be yet another blizzard picture and story coming soon.  (Although I am packing my overnight this time so I am prepared.)