A blizzard never arrived.  The brunt of the storm was felt far to the south of us, but we still got enough snow and ice to give everything a fresh sheen of white and to cause drivers trouble.  The snow we were going to get was forecast to arrive during the overnight hours, so I decided I wasn't making the 50 mile trek home.  But bonus, it was the night of the monthly 'Science at the Pub' talk in Brookings where I was staying.  I love those.  (I even gave one of the talks a year ago.)

So while waiting for the snow I enjoyed a beer while surrounded by swords, a boar's head, and other odd paraphernalia reminiscent of an old English pub, while learning about concrete architecture.  (It was much more interesting than it sounds.)

After dinner I had burgers with a friend and as the snow started I noticed a cool lamp outside.  The snow falling around it added to its interest and beauty.  I spent about ten minutes capturing various shots of the lamp.  It was a bit tricky since I had to watch out for, and dodge in one instance, cars as they came by.

I'm not sure I love any of the pictures.  But I tried.  I think I was too intimidated by the darkness and the traffic to try all sorts of angles.  Next snow I can aim to try again.  There was alot of distraction all around the lamp, but I liked the blue lights on the trees at the museum behind the lamp.  This first picture is the best shot I got showing those lights.

﻿
But I also liked the colors in the lighter picture below that included a bit of the museum.  Way too many distractions there to make a good picture, but I still liked it and couldn't find a cropped view that I liked better.﻿
﻿ 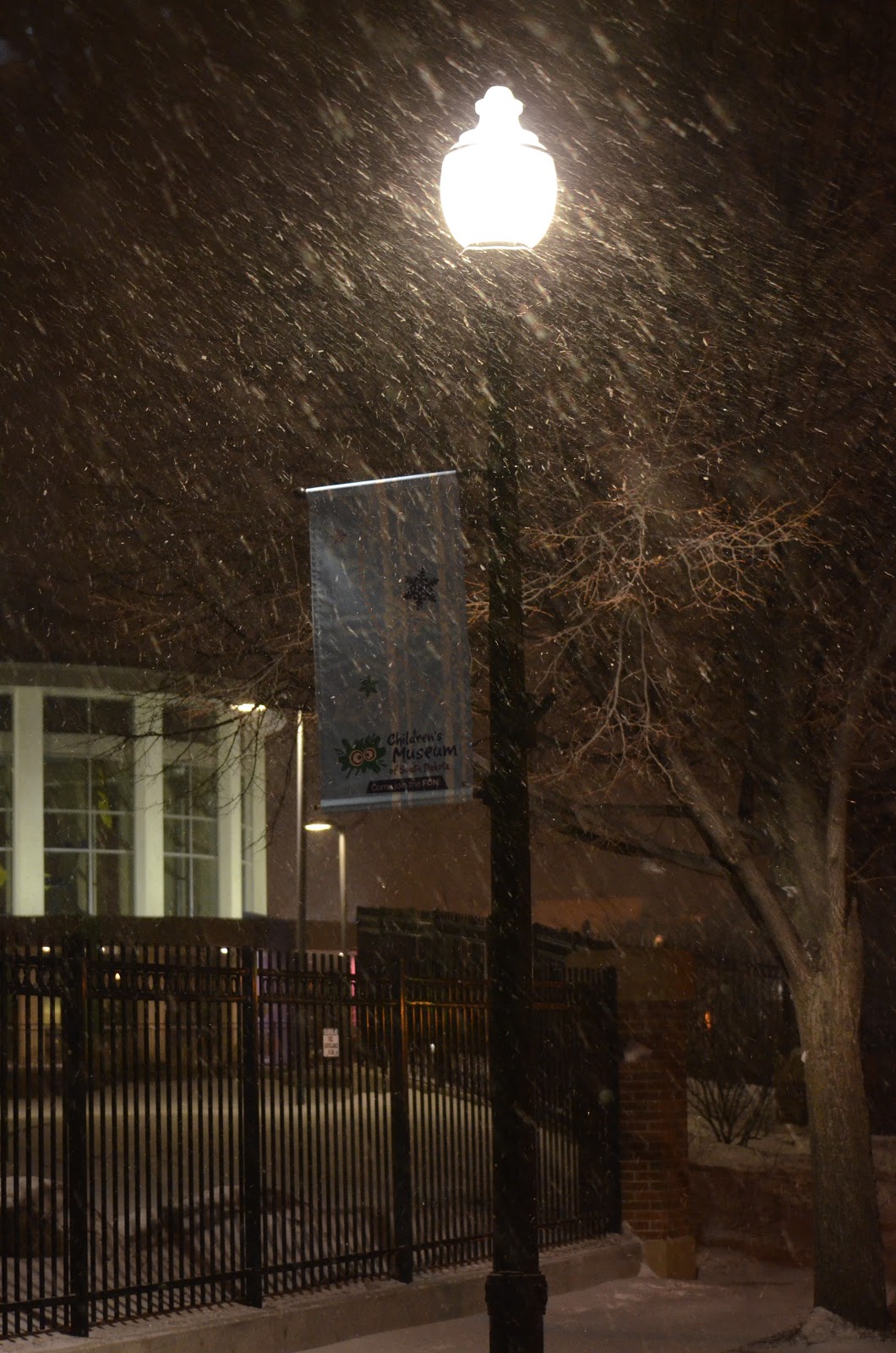 And finally, science at the pub.  What a glorious idea someone came up with to have drinking while learning about science.