I was out exploring and stopped at what I thought was a nice country view with snow and clouds.  Then behind me I noticed a large group of hay bales with some snow around them.  I decided I wanted to see what kind of shots I could get of either the texture of the snow or of the hay.

It was a lot of fun tromping around in waist high snow.  Thankfully I never fell into a deep hole with both feet.  The one time one of my feet sunk deep into the snow, seriously to my waist, I kind of wondered if I'd be able to get out if both feet got stuck.  But it never came up.  (And I had my cell phone in my pocket and was only about four miles from home, so my husband could have rescued me had it come to that.)

But back to the hay.  I took more than 50 shots, walking all around, using all sorts of angles and focal points.  Pretty much the only angle I did not try was climing on top.  I did not know whose land I was on, and I figured they may not mind me walking around, but if I starting climbing around I could get an angry farmer showing up.  (It's happened before when we were taking photos of an old farmhouse that belonged to my husband's family long ago. That time we got a visit even though we were just shooting photos from the road.  The farmer just wanted to make sure we would not go on the property.)  So I try to be respectful.

I started with my wide angle lense, 18 - 55 mm, and liked the shots I was getting.  Then when I switched over to my telephoto lense, 55 - 300 mm, all the sudden these pieces of orange string suddenly stood out and I had the opportunity not only to capture texture, but also to try and get some interesting color shots. 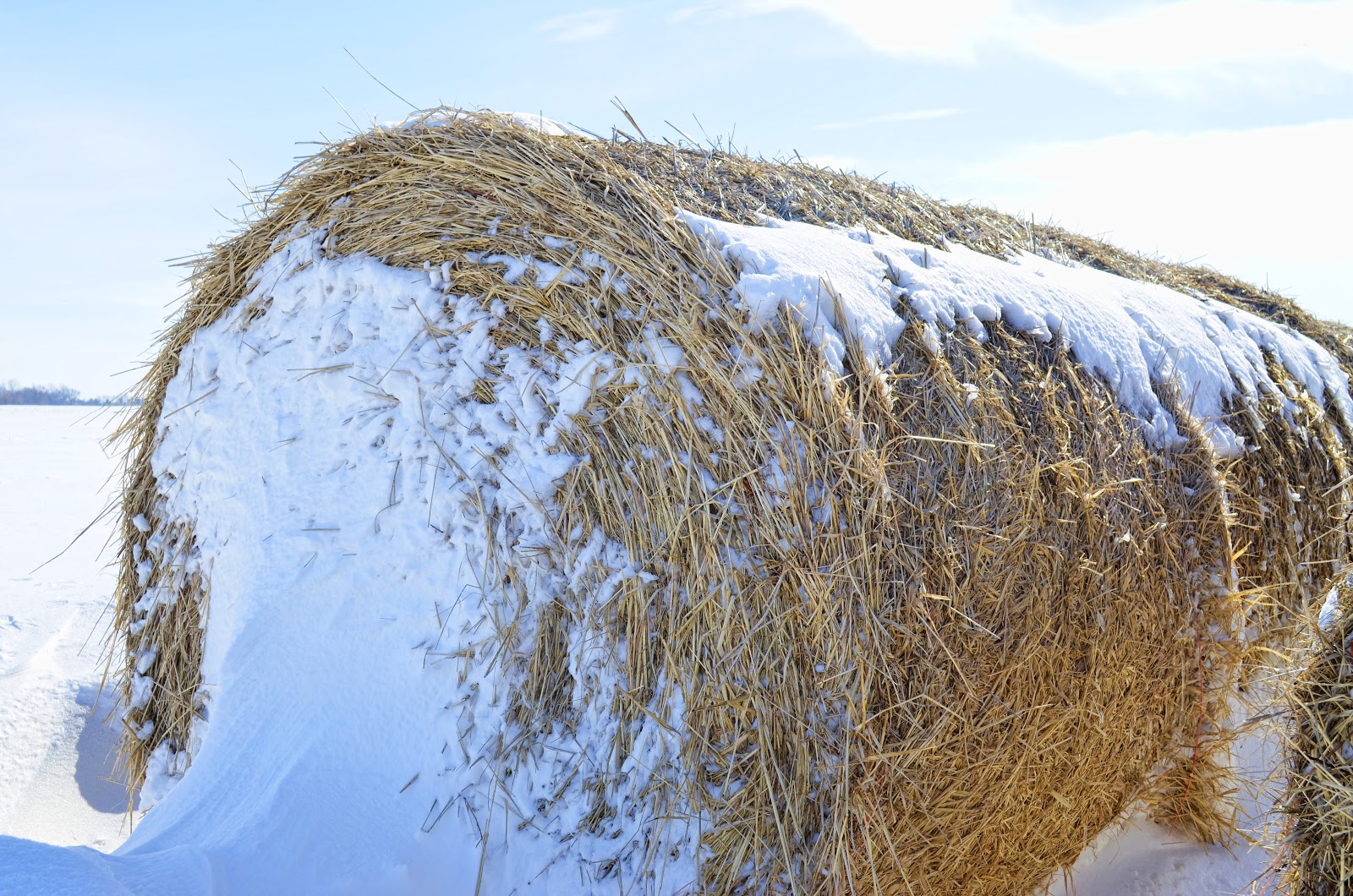 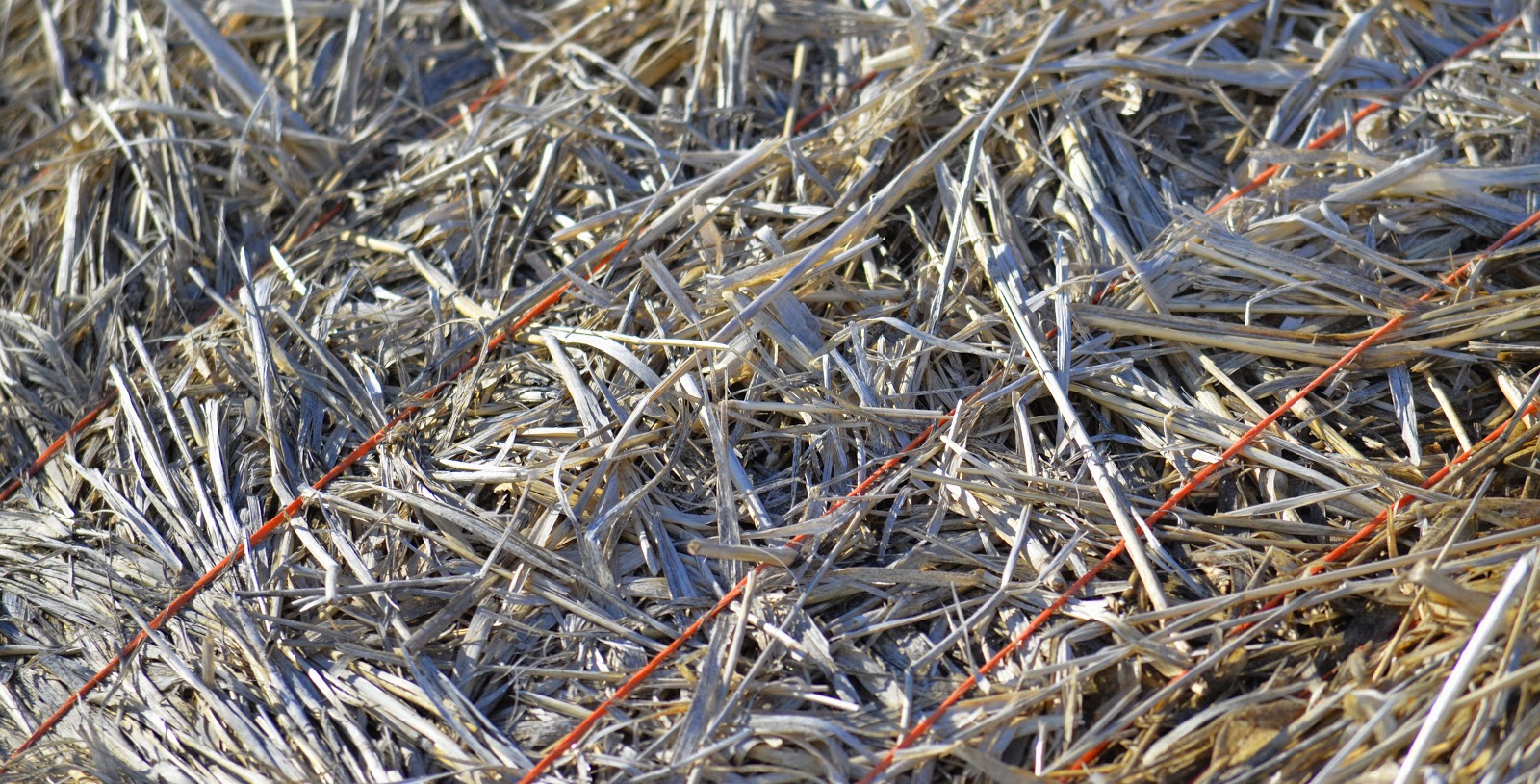 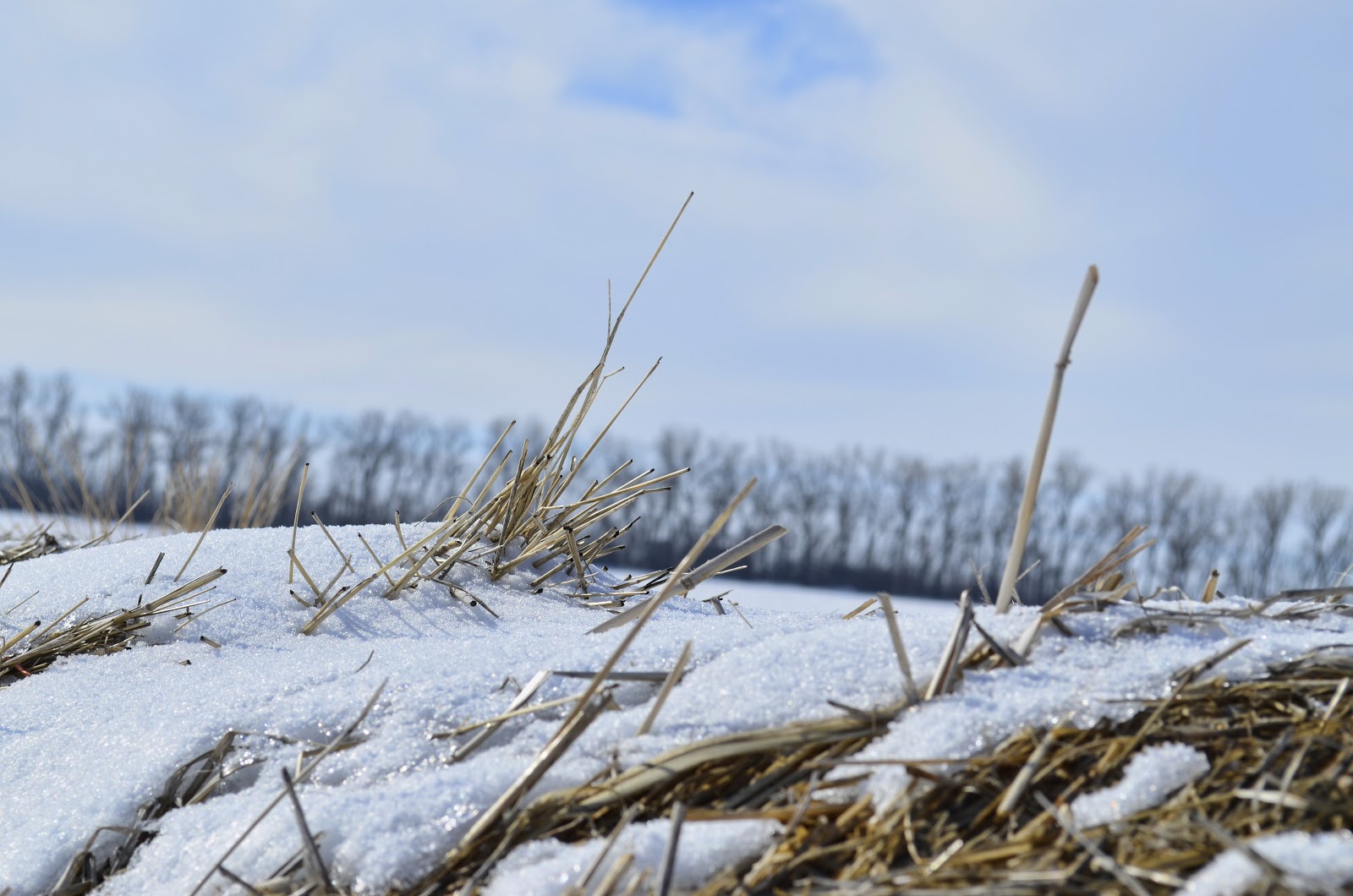 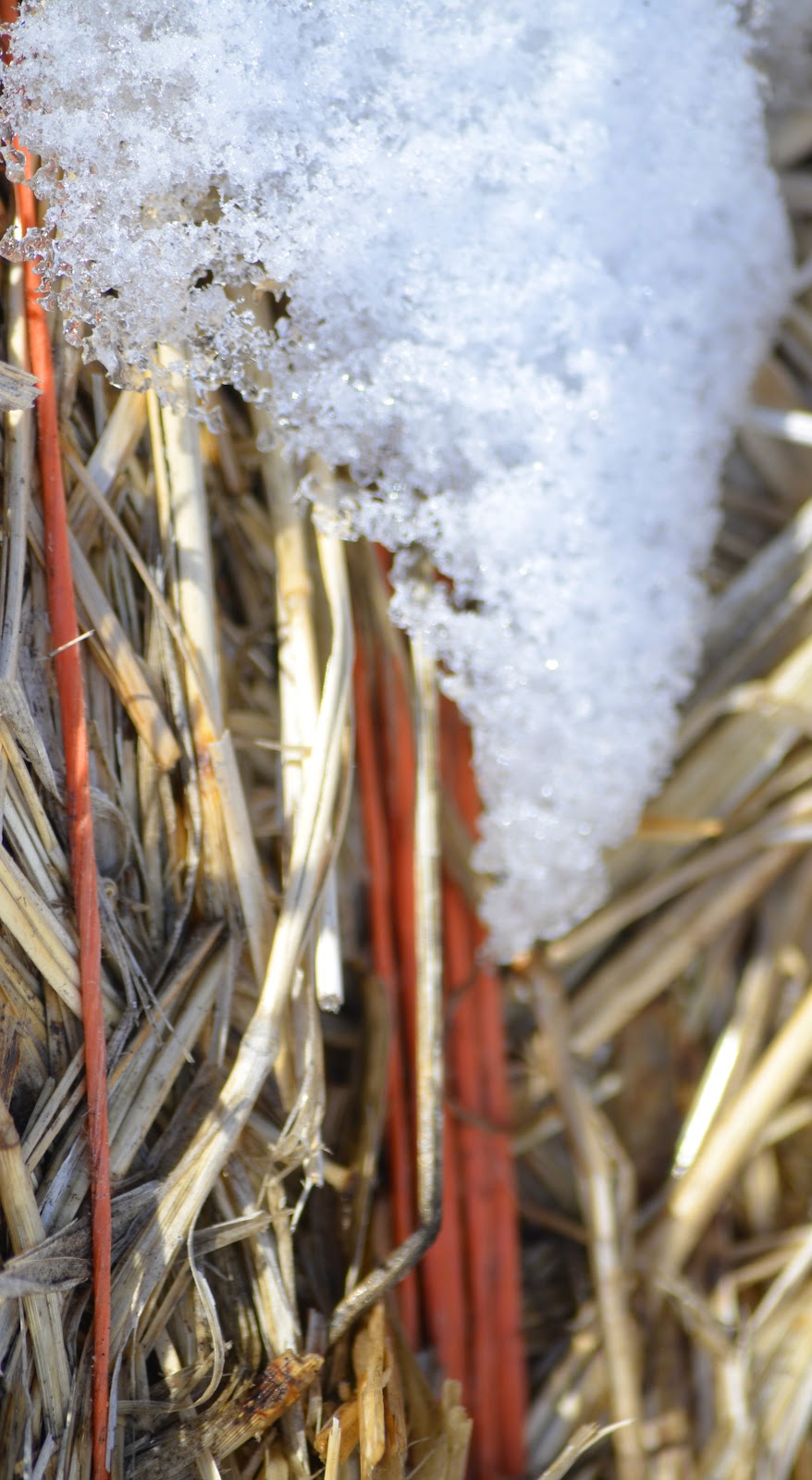 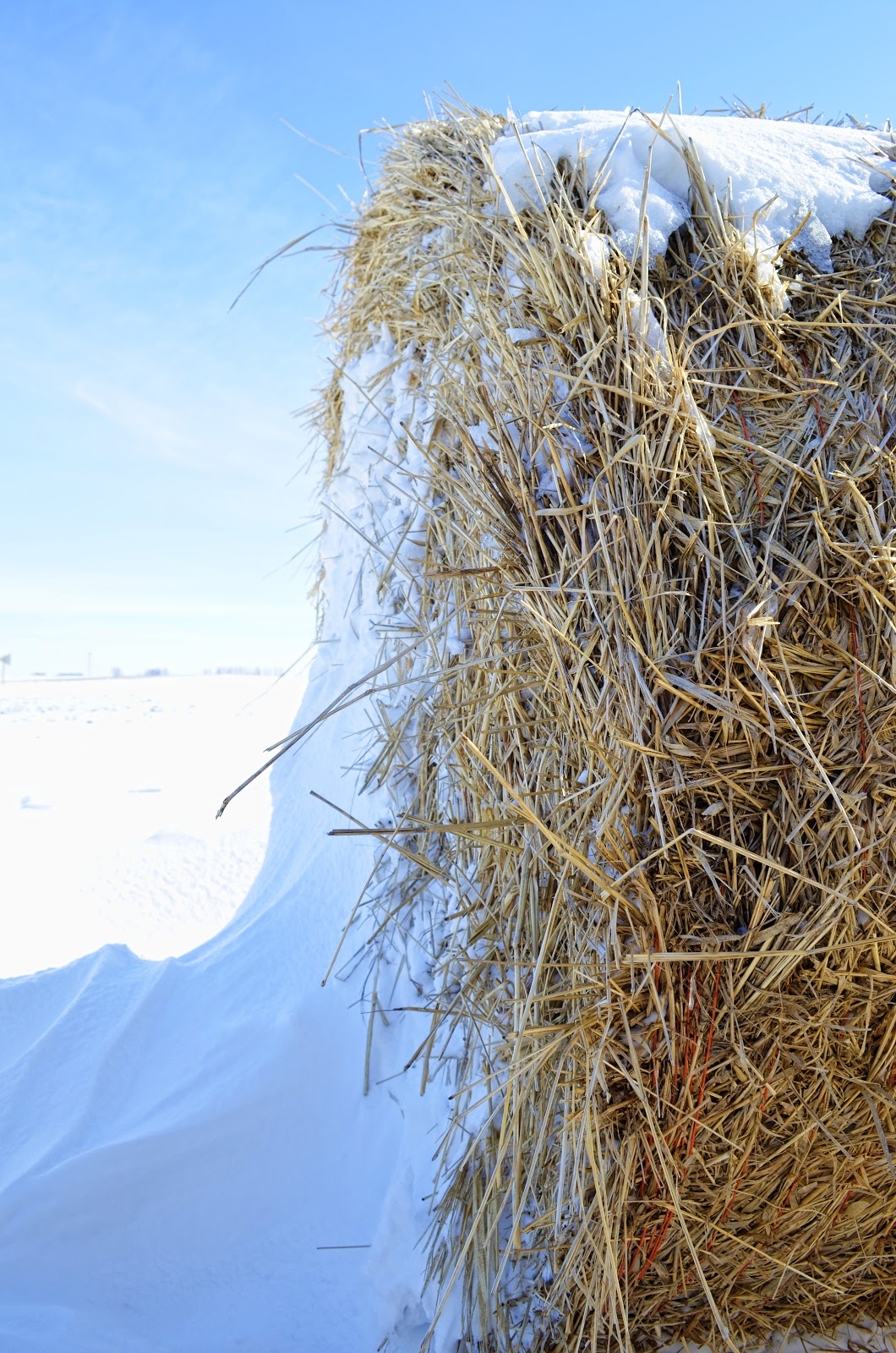 I liked a number of my photos, and couldn't narrow it down to just two or three to post.  The bottom shot is actually my favorite, but I'm not sure it shows up as the best posted.  I also like the five orange strings.  Although I wish it had more of a natural border to it, but it's my first (I think) successful picture of pattern and color - so that made me happy.)
See on.
Julee﻿
Posted by Unknown at 10:16 PM