So today was another nice day, less sun and a little more wind, but temperatures in the 30's.  My husband and I went cross-country skiing again for a while, then we drove out to the lake just to check it out.

I think I've shared this before, but the lake is one of our favorite things about Watertown.  So we go several times a month, even in the winter.

As we made the last turn toward Memorial Park, which is right on the lake, we were seeing car after car leaving the parking lot.  Huh.  I wonder what excitement we missed out on?

Apparently there was some sort of ice fishing contest today.  Acceptable on its own, but there were three sets of bleachers setup right at the edge of the frozen lake.  Bleachers people.  Three sets of them.  As in there was a crowd, a crowd of the size requiring three bleachers, cheering for the ice fisherman who were fishing like a half mile out on the lake.  OMG.  Seriously?

There appeared to be two fishing holes.  You can see one truck maybe 1/4 mile out, with an orange fence around a whole in the ice.  But the road on the lake continued a further, and at that second spot there were still a number of other trucks, and I assume another hole in the ice.  Maybe some of the guys fished only a quarter mile out, but still, people sitting on the sidelines for an ice fishing competition?  It boggled my mind.  I suppose this is rural South Dakota sports for you.

Here is the proof: 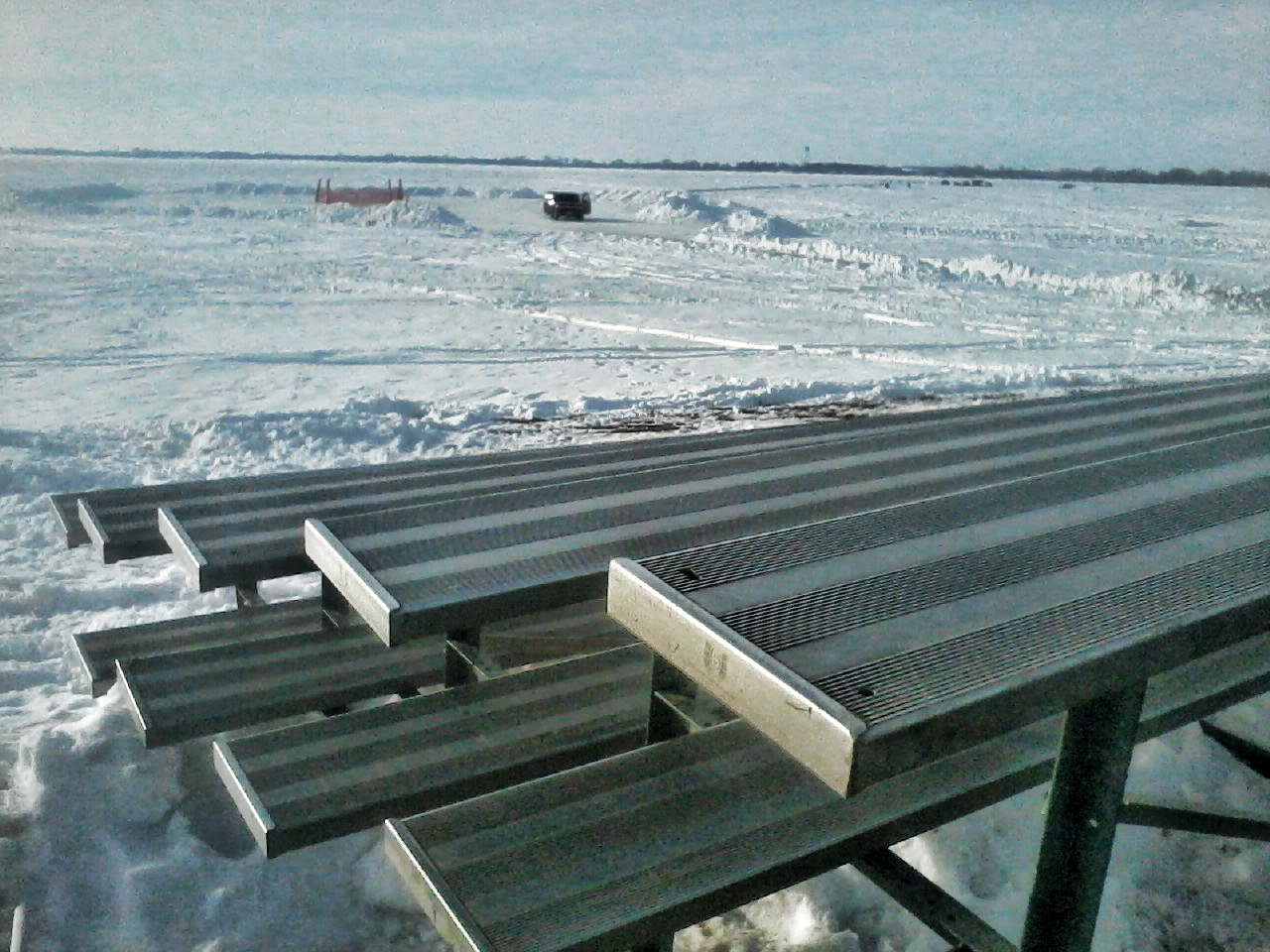 I guess I'm not sure we really missed out on much after all.  But here is me sitting on a piece of ice they took out of the lake.  Pretty thick ice.  And that was the small piece.  It still wasn't thick enough for me to want to drive out on the lake though.  Maybe the people watching are all waiting for a truck to fall through the ice?  Kind of like watching for a car wreck on a race track. 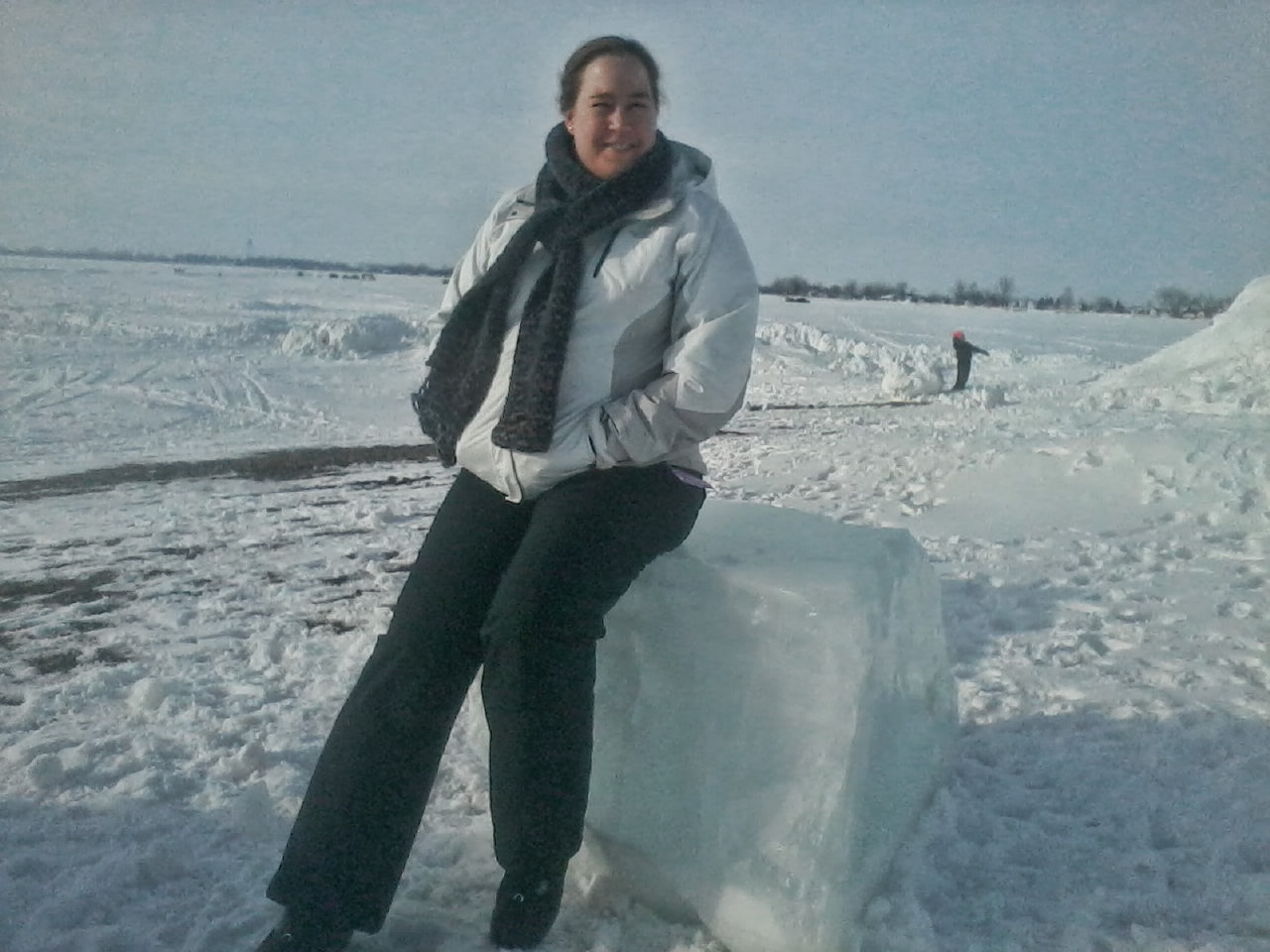 And sorry for the lower than normal photo quality.  Our cross-country skiing was just on the 'big' hill today, significantly increasing the likelihood of a tramatic fall for me, so I had left my camera and smartphone at home.  All we had at the lake was my husband's old fashioned cell phone.  (And I was afraid the bleachers would be taken down if we tried to go home and come back.)  But his phone did the trick.