Today I found a neat spot on a local pond where robins were feeding.  I liked the shape of one of the branches and so I setup my tripod and waited.  (I was hoping to get a nice shot of a robin centered on the branch.  And of course I missed the one split second when that happened, although in my defense I had been standing in the same place nearly an hour so I was starting to lose focus just a bit.)

I also discovered that the robins were a bit smaller than I might have liked, or maybe my telephoto lens was not quite telephoto enough...

But with some adjustments and cropping in photoshop, I got a couple of neat photos.

The robins were also drinking and bathing in the pond right in front of the branch, so I did a bit of moving my camera back and forth.﻿ 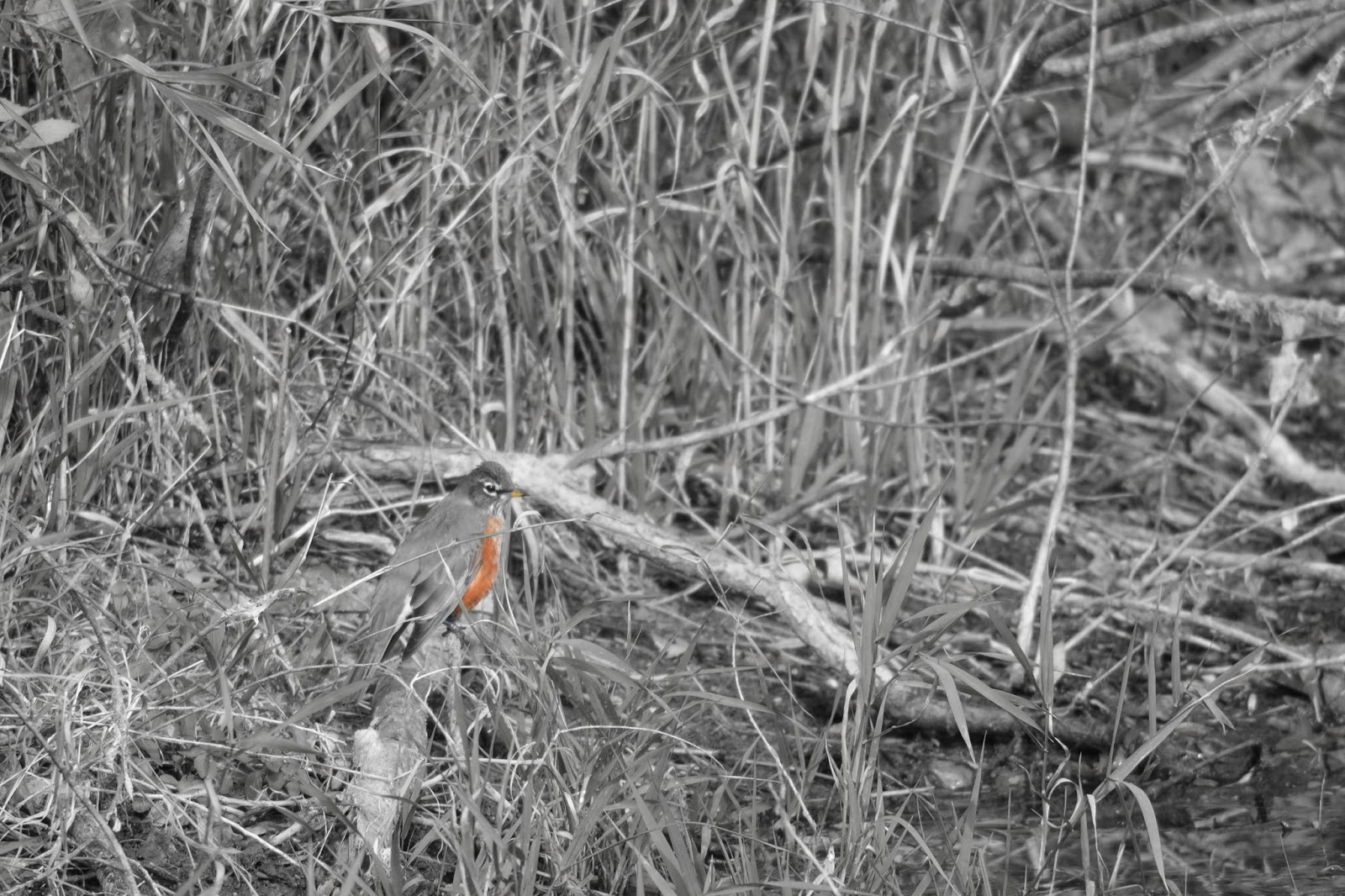 I loved the big belly on this guy.  There was an earlier version of this post where I commented on something being off about the placement of this bird's beak - ummm - I had mistaken part of the swamp for his beak.  Then during the creation of the photoshop layer, I masked the swamp rather than the beak.  Error corrected and now the actual beak has a bit of yellow like it should. 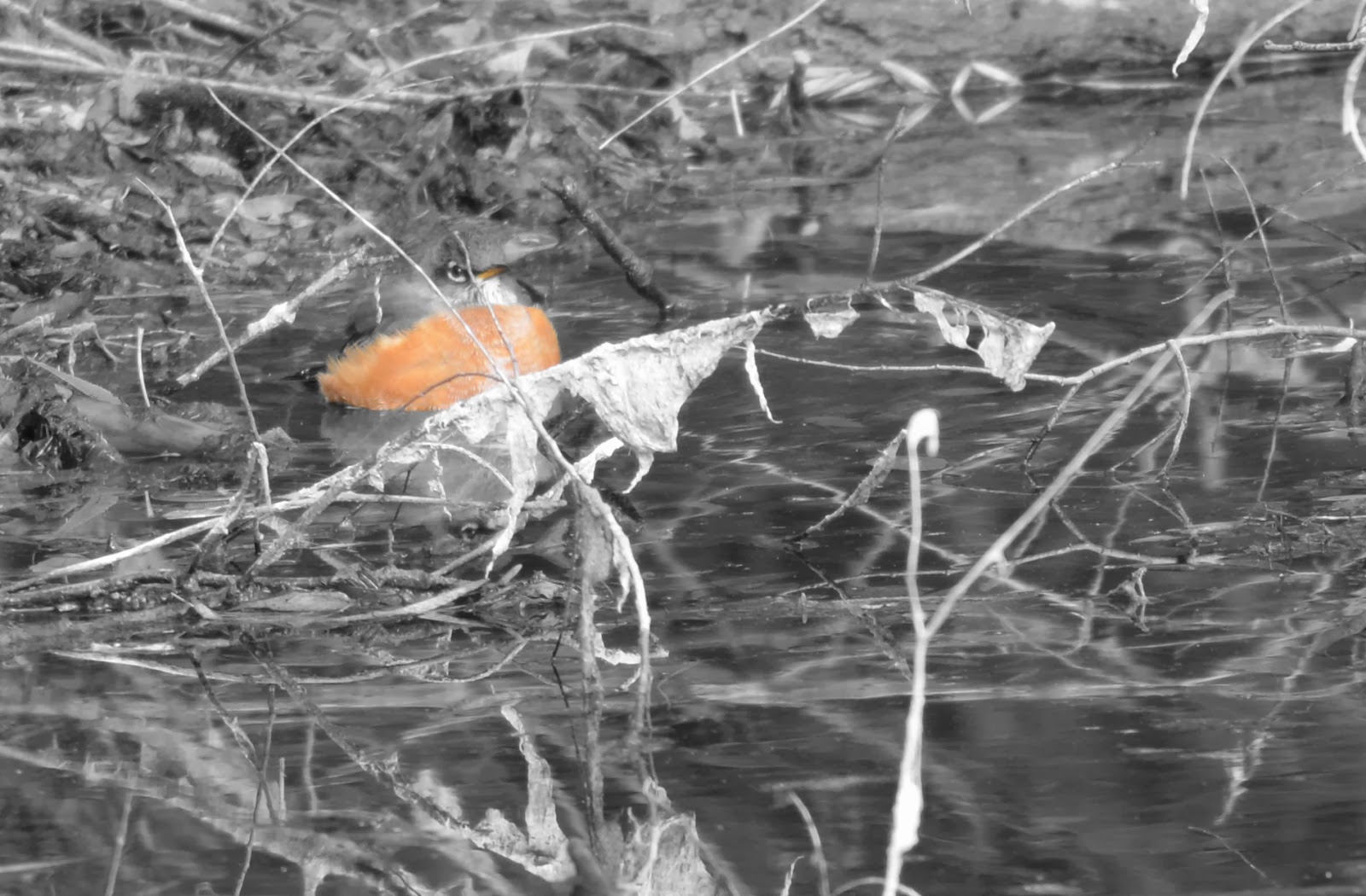 Below is the full branch where I was hoping a big bird would land right in the middle. In this shot you can see the bird way off to the right. 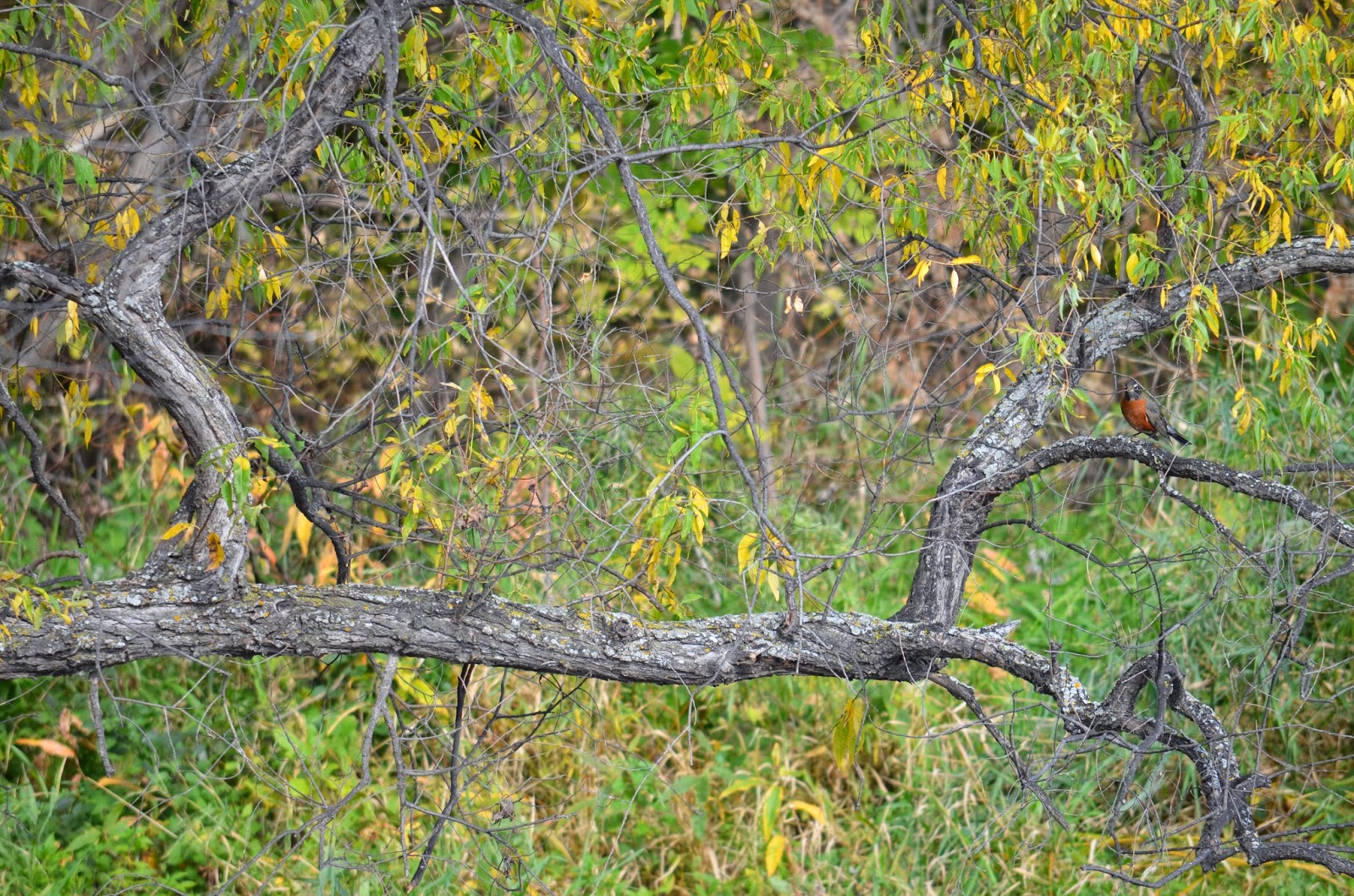 Email ThisBlogThis!Share to TwitterShare to FacebookShare to Pinterest
Labels: robins