Nothing like a visit to the park in January.  Granted it is not as cold this year as most years, but there was still no one out playing.

I did however capture some interesting pictures. 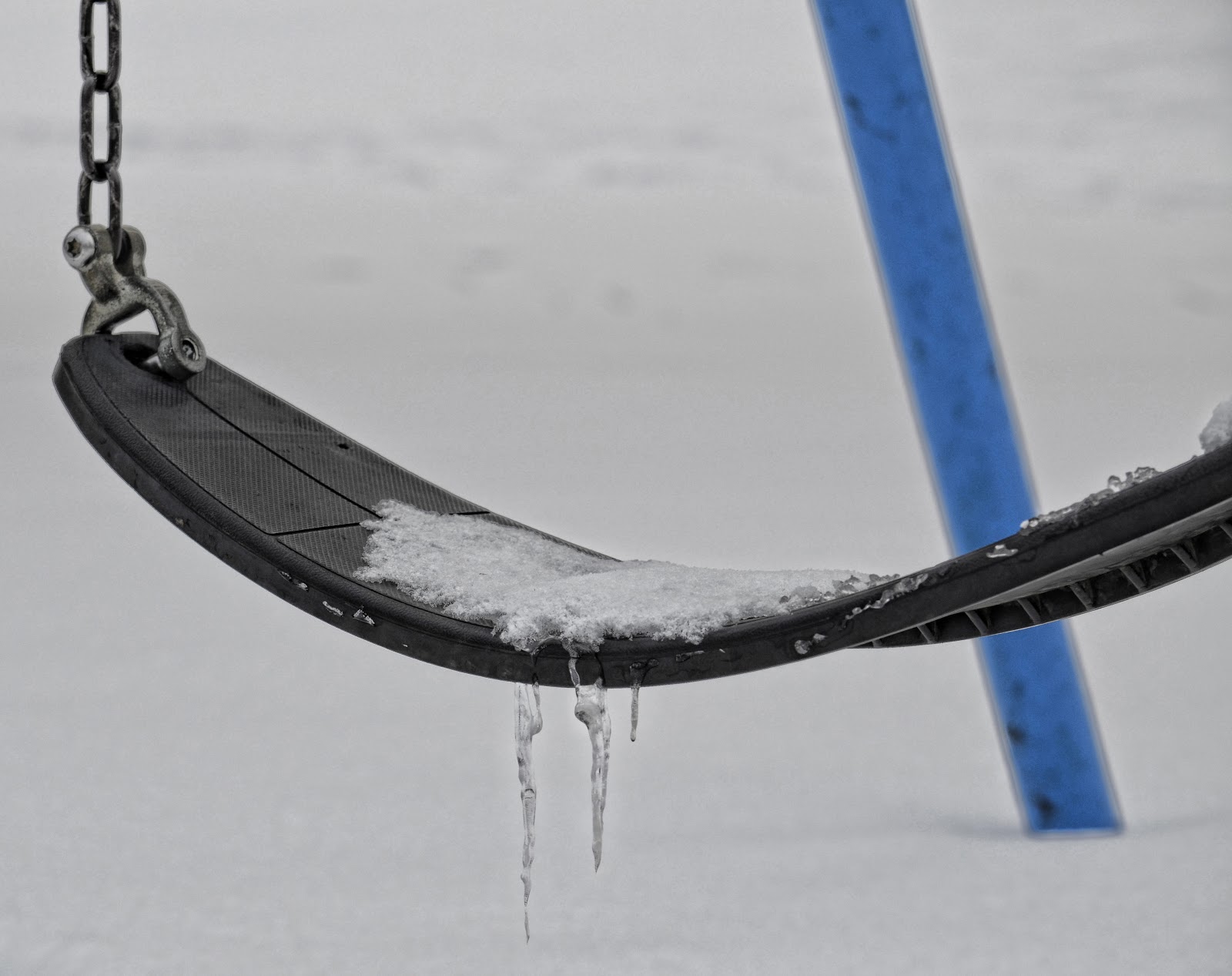 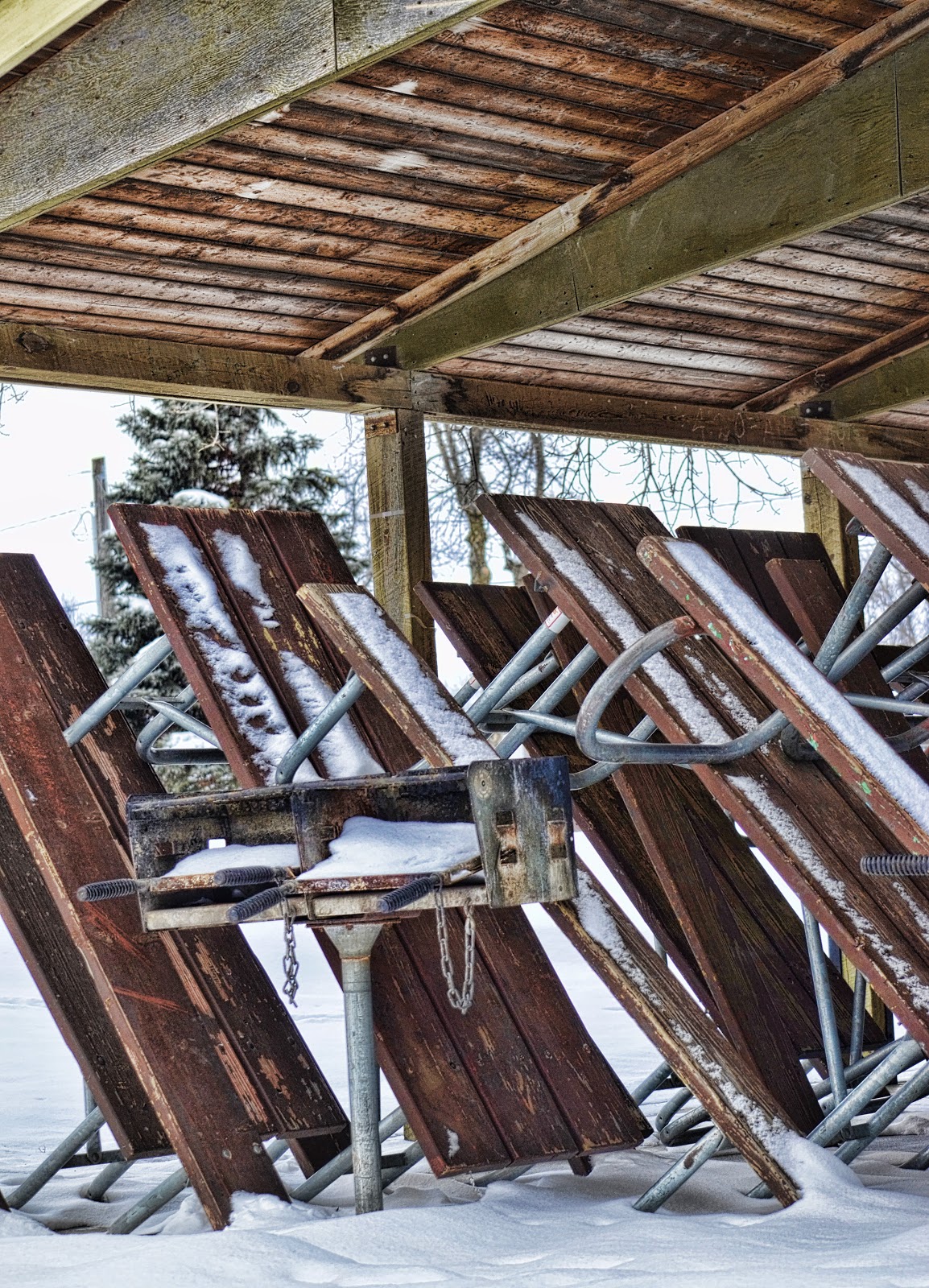 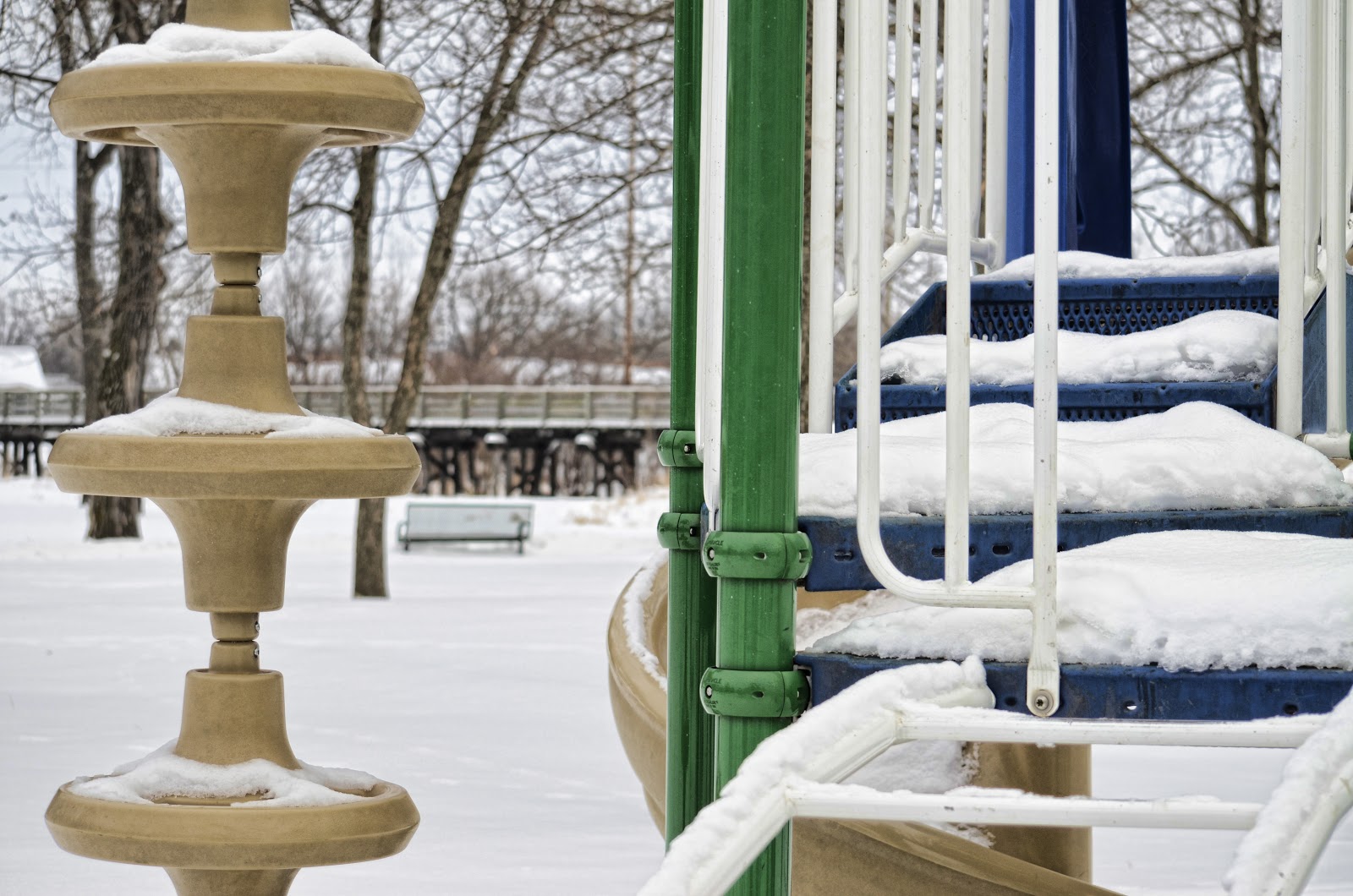 In retrospect, on the last picture of the playground equipment, I should have taken a step or two to the left and gotten a clearer view of the tornado slide.  I think this would have improved the image while still having the park bench and bridge over the river visible.  But it is now dark outside and I did not examine my pictures closely enough until I was home, so trying that will have to be saved for another day.