Who would have thought that a ski trip to northern Minnesota would have been rained out in early January?  (Not my husband and I.  Two years ago we came in mid-February and were disappointed at the warmth and lack of snow - but early January, surely that would be ice cold with good skiing.)

Our first day of skiing on Thursday was beautiful.  But Friday was totally rained out.  And I mean it rained and rained an rained.  Had it been snow it would be have been a foot or more. It started raining before 5 am and is still raining at 10 pm.

But the forecast says snow will come overnight.  Fingers crossed as it is out last day of skiing.

However, today was not a total loss.  I got to play with taking photos of rain.  No ability to process with the photos with photoshop since I'm on the road with just an old laptop, but I'm still pleased with some of the pictures I got. 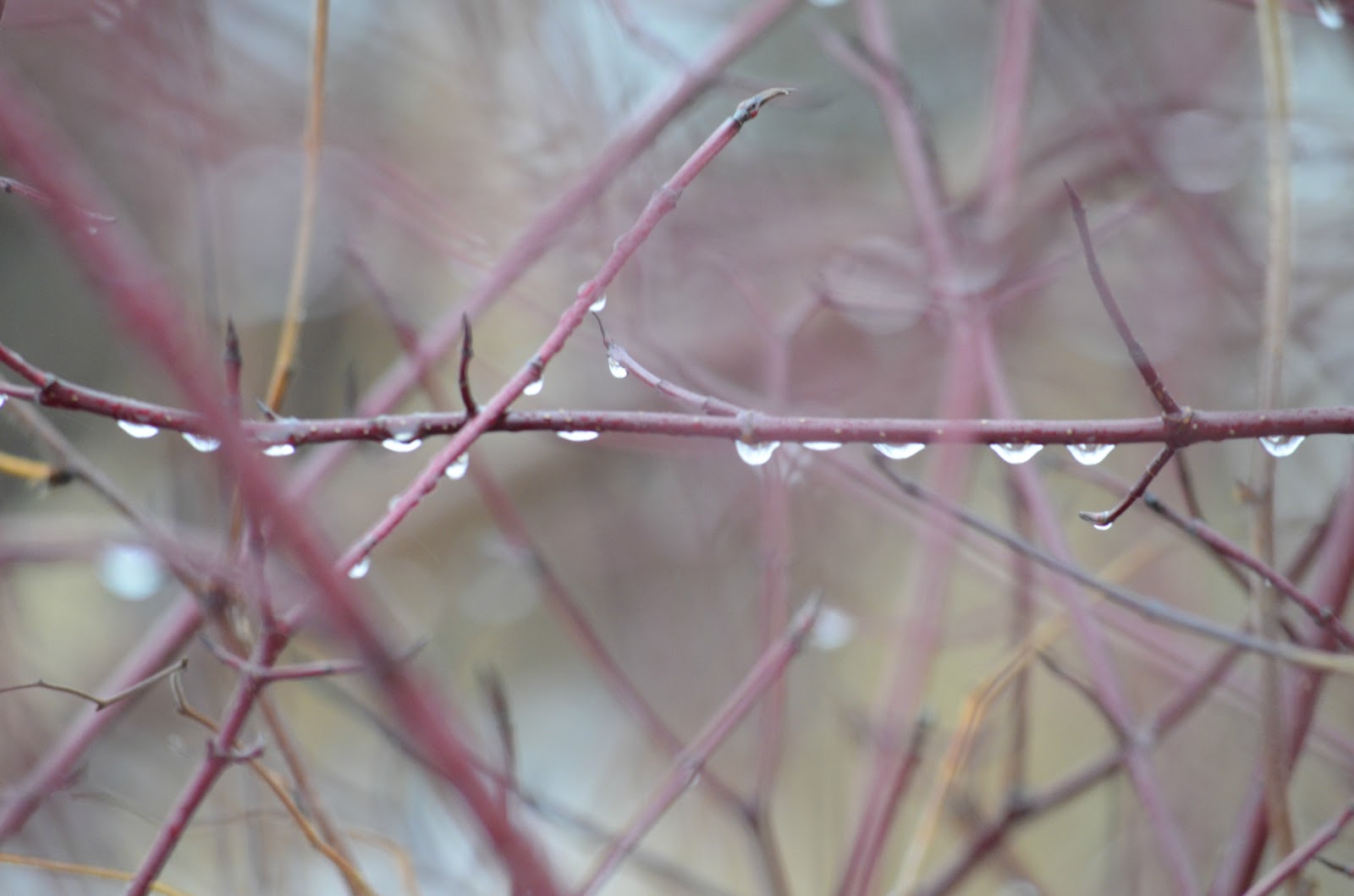 Red bush after the rain. 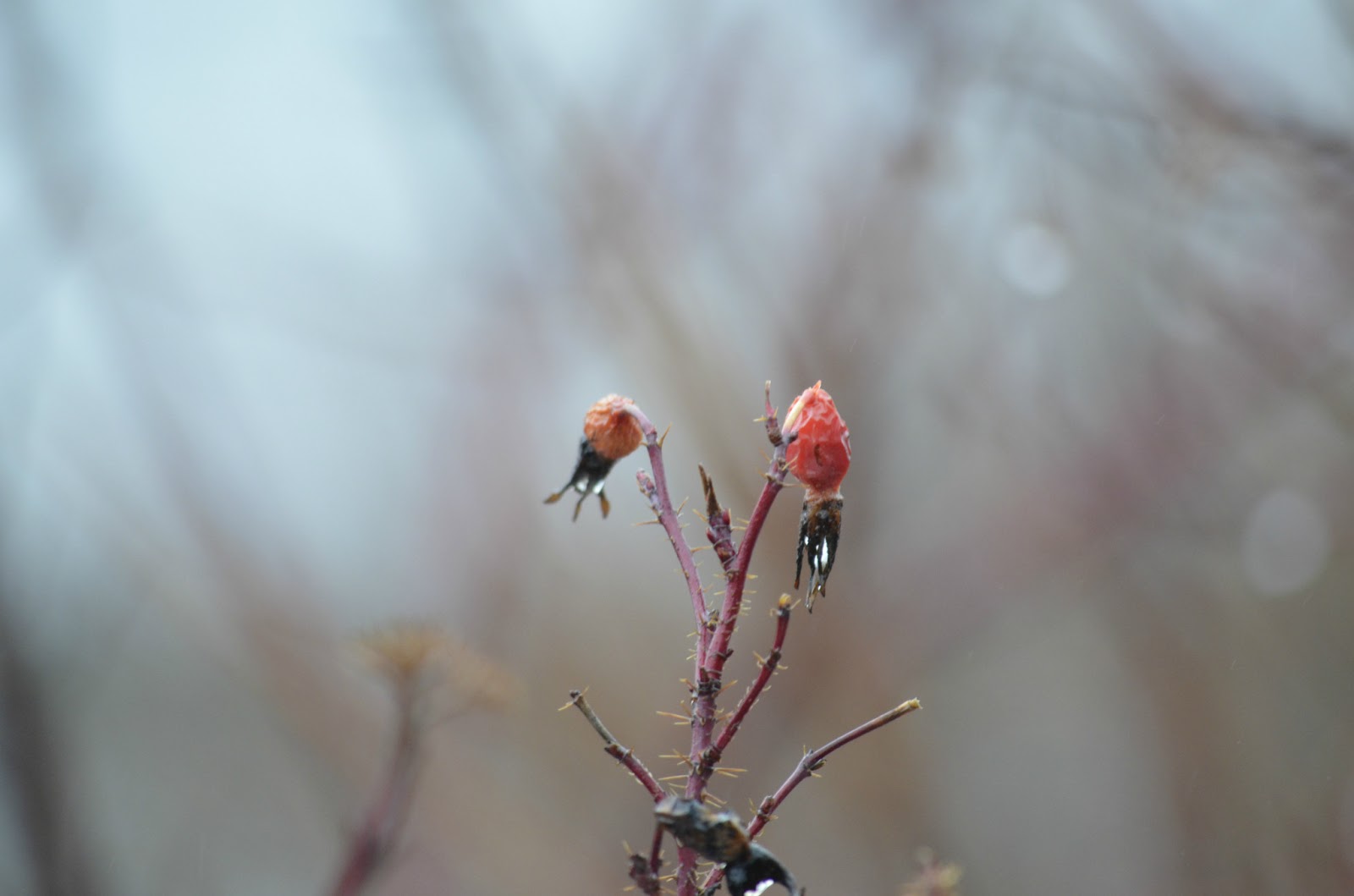 If you look carefully, you can see the drop of water right at the base of each bulb. 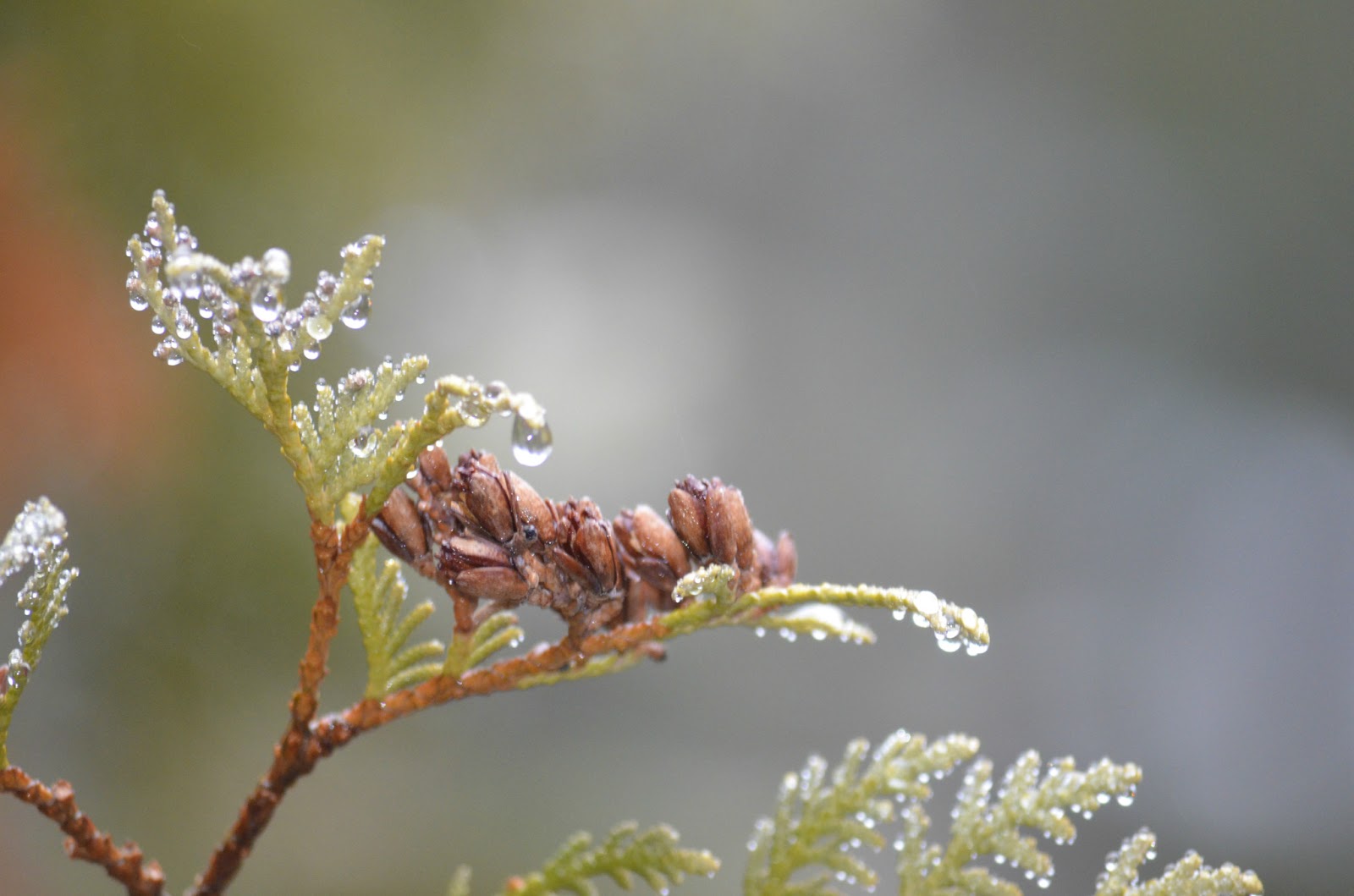 Evergreen after the rain. 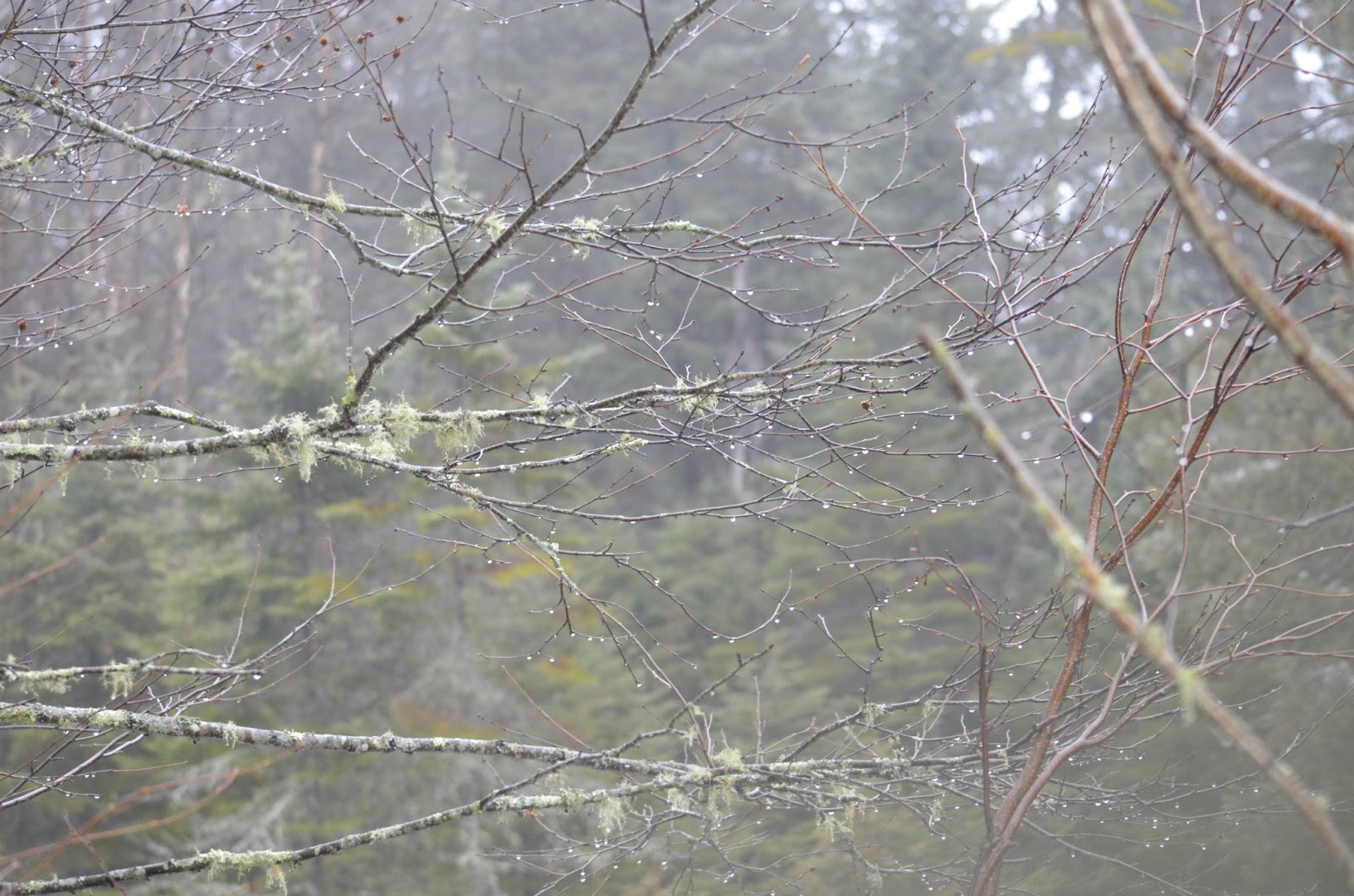 Minnesota tree after the rain - rain drops are a bit hard to see, but all the spots you see on the branches are raindrops.﻿ 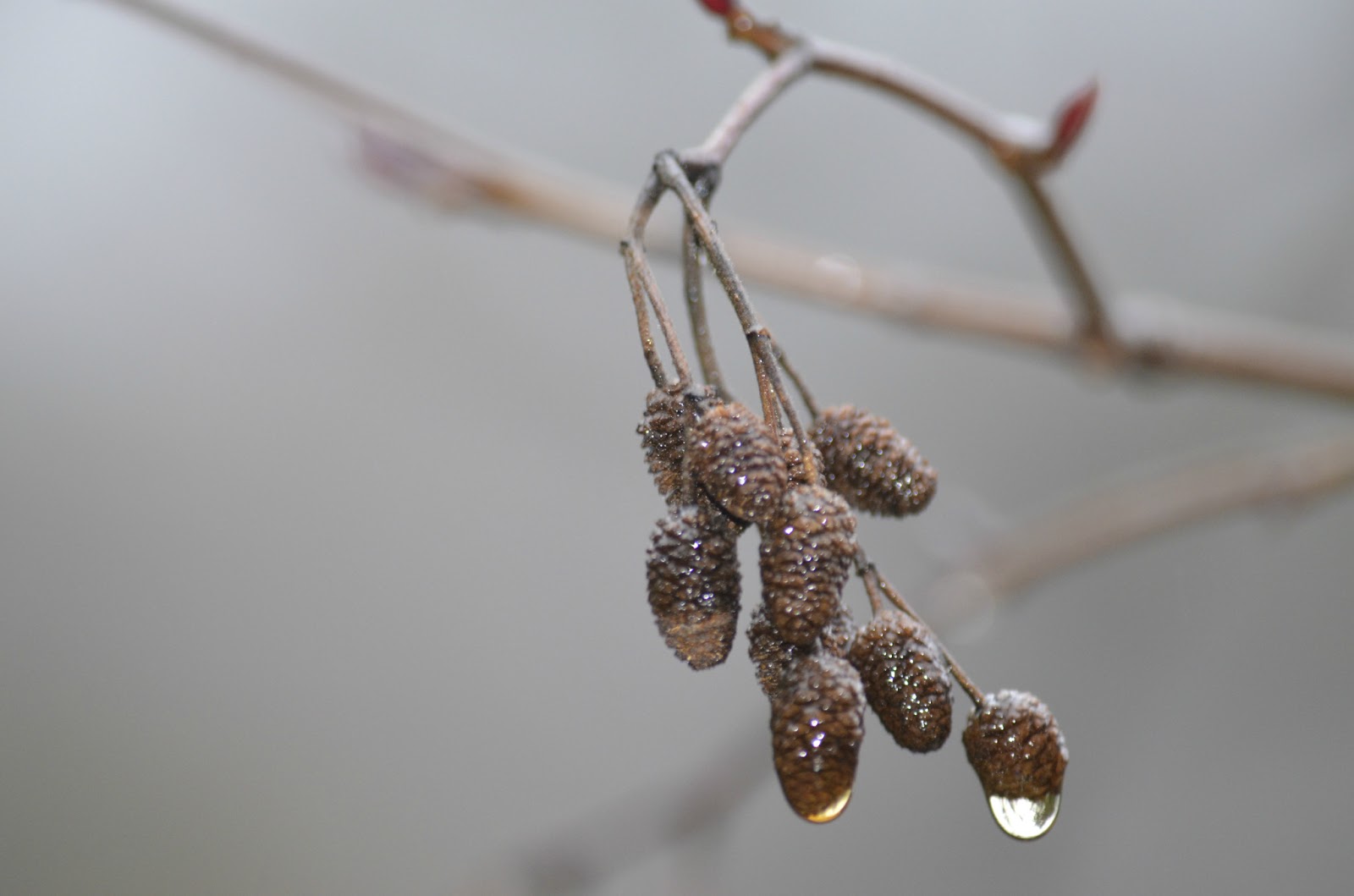