Last night we had a nice, 2 inch snow. Perfect for covering my world in white, and as I went to bed I was excited about heading out to take pictures today.

Then my Droid notified me at 4 a.m. that we were under a blizzard warning.  Said blizzard wasn't showing up for twelve hours, but apparently the Droid felt I had better not sleep in and risk missing it.

Thanks.  Droid.  I am now very tired.

(I thought up until the 4 a.m. wake up that the severe weather alert function was cool.  Now I'm kind of undecided.  Maybe I can make the alerts vibrate only?)

Since the blizzard wasn't showing up until late, I had plenty of time to be out and about.  Where I found my pictures was along a stretch of the local bike trail that follows the back of the zoo.  There I found two berry trees, their bright red first catching my eye. 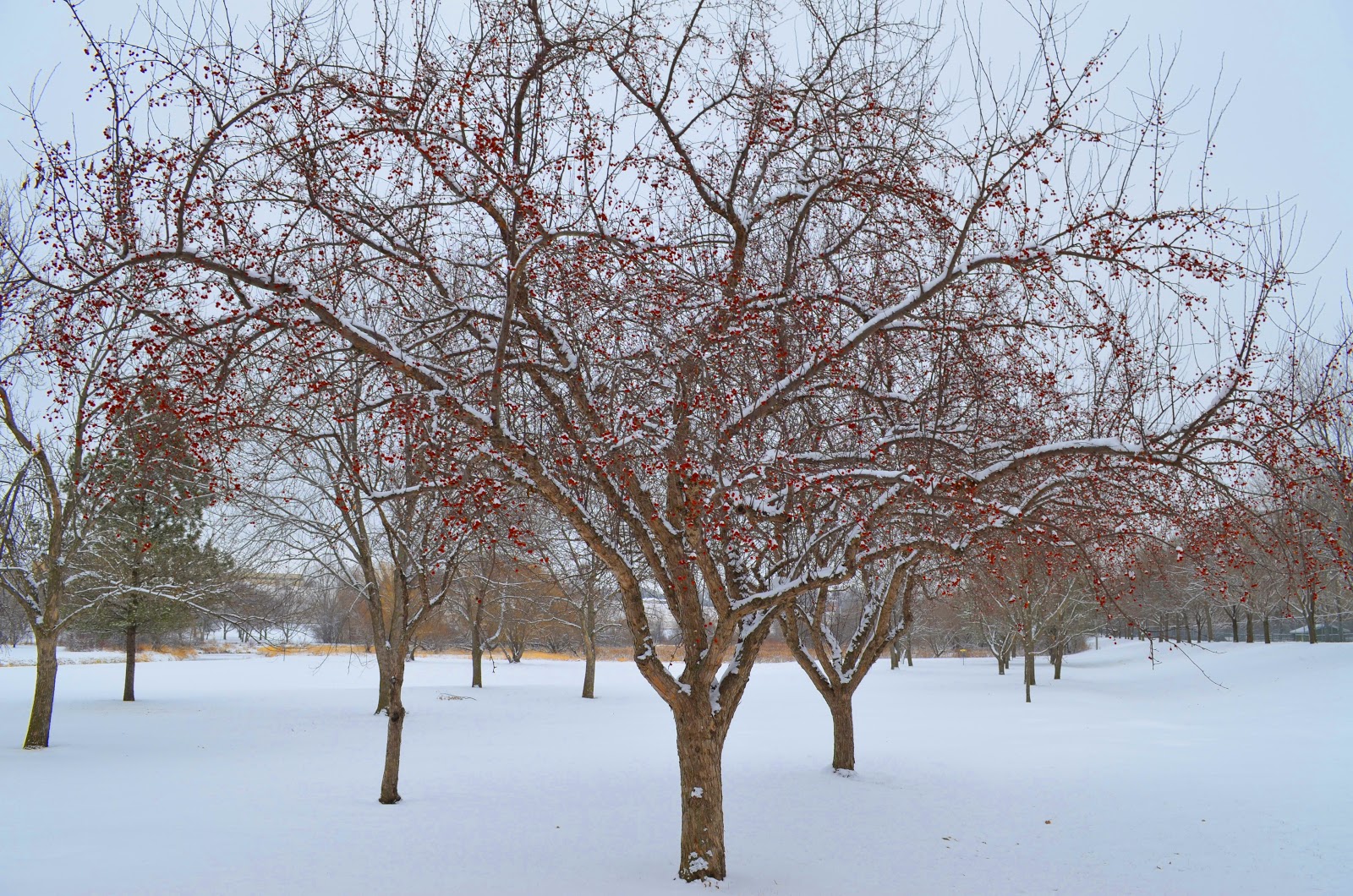 Not a bad find in and of itself.  However, it got better.  I walked along the bike trail for a while, then circled back.  As I passed the berry trees the second time, a flock of birds flew in to eat.  That provided me with the oppotunity to move from neat, to awesome. 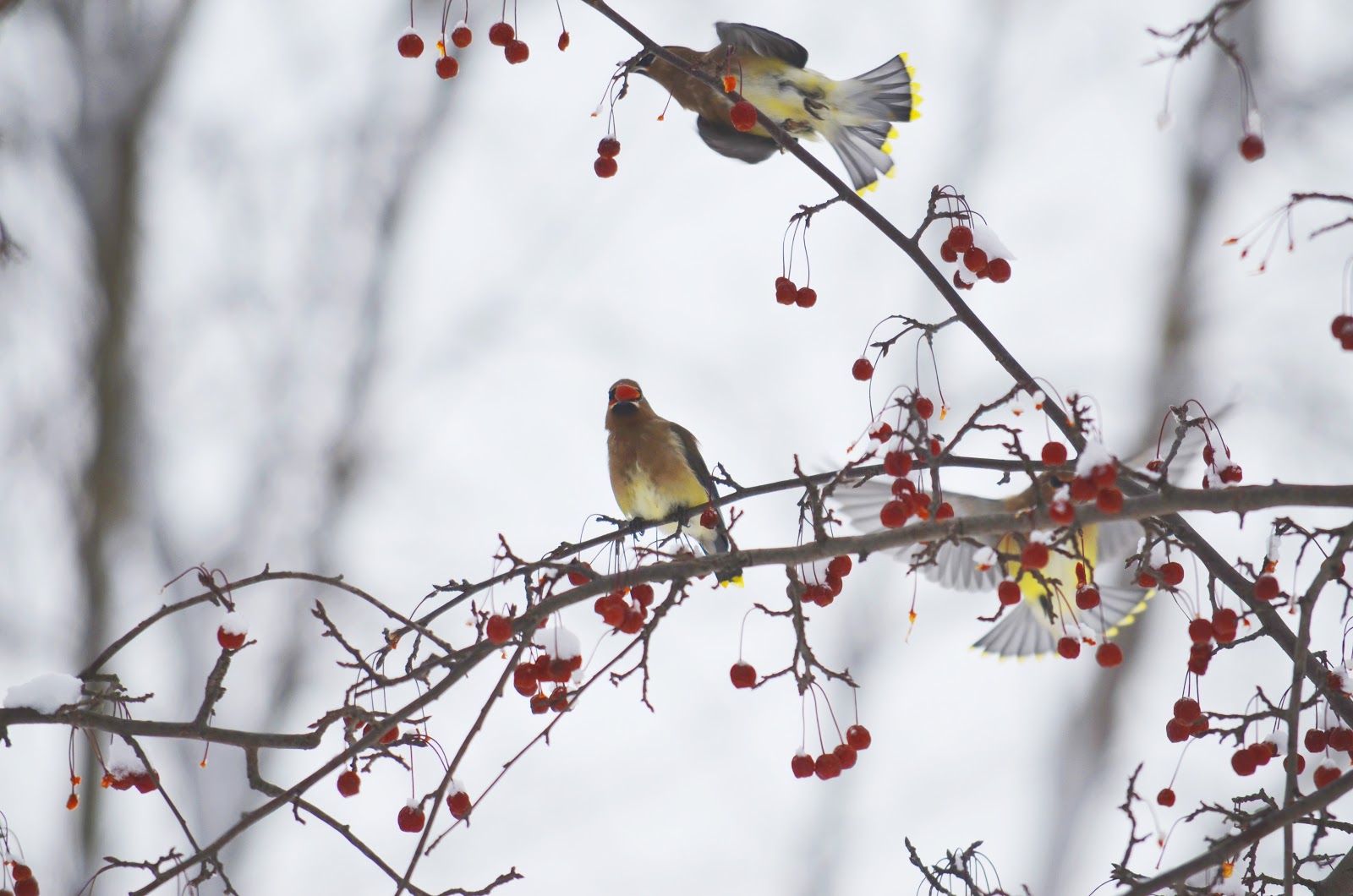 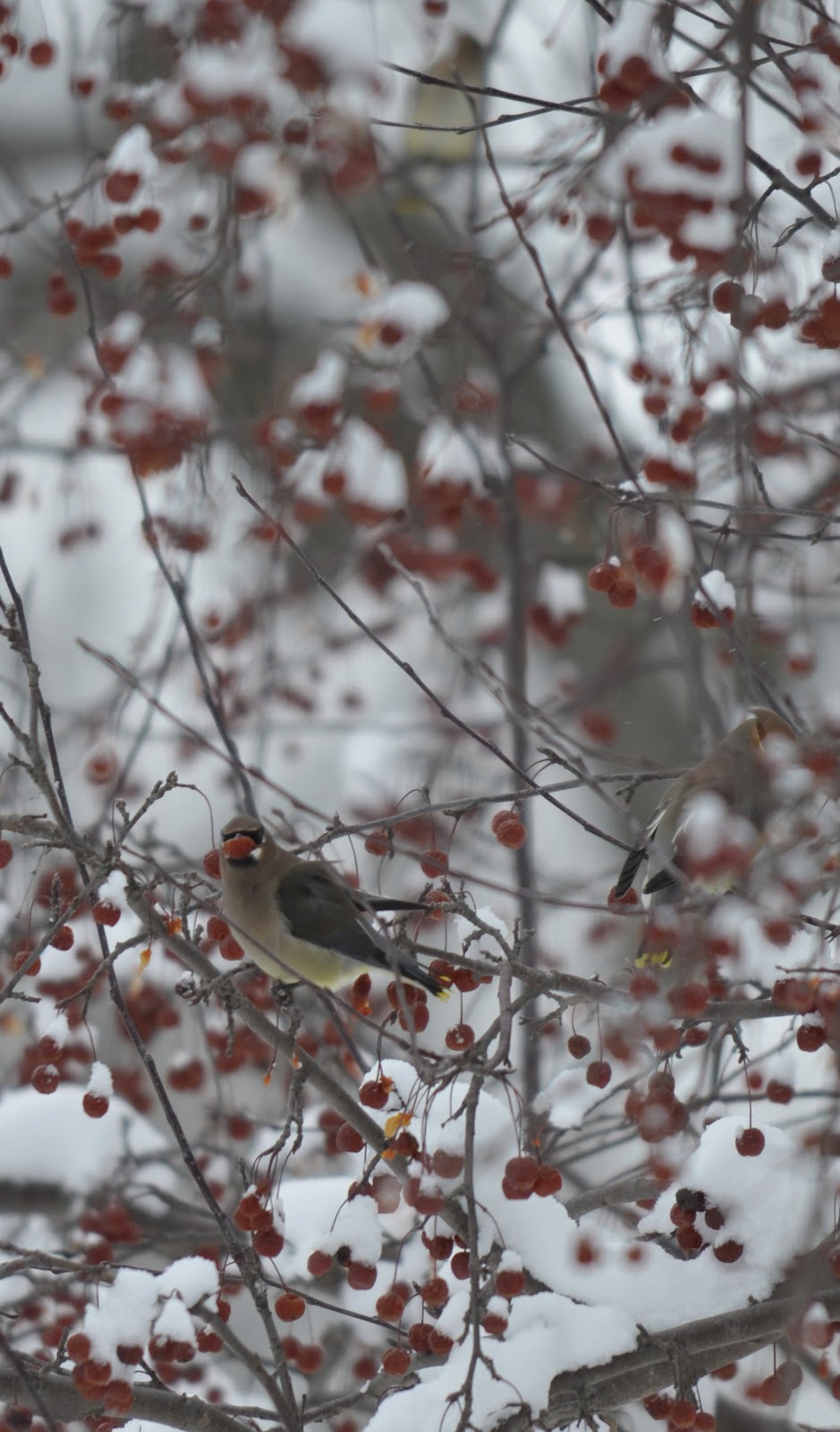 It would have been more perfect with some sun, but I still love the shots I got.

We now have at least six more inches of snow on the ground, and so long as the city gets out and plows tomorrow morning, I am looking forward to another great day of photography.
Posted by Unknown at 11:58 PM