The weathermen around here are zero for two so far this year.  Two weeks ago (or maybe just a week, I block out bad weather memories) the weathermen said we might get a couple inches of snow.  We got 9 inches.  Today it was supposed to snow, maybe a half inch they said - it snowed heavy for HOURS.

I have discovered that apparently weather.com actually gives a better current forecast than NOAA.  NOAA had been my previous weather love, but I might have to switch since weather.com told me it was snowing heavy today, and told me the snow would stop at approximately 1 pm.  NOAA still wasn't sure it was going to snow at all.  (Indeed the snow had stopped by 1 pm, bravo weather.com.)

So it was all pretty and white outside.  But Brookings, where I work, is ROTTEN with cleaning off snowy streets, so the roads are terrible with the least amount of snow.  So driving when I get close to Brookings in the winter sucks.

But with all the snow and the prettiness, I took my 15 minute break and wandered outside where I was able to capture a couple of pictures.  The cow lives across the street from where I work.  I even met the owner today, so that was cool.  Plus he said I could take all the pictures of his cows that I wanted.  Whew, since I had already taken a bunch of photos before I ran into him.  The owner, Jim, said he liked the white trees better than the cows, so I shot pictures of the trees too.

Here are the best of both. 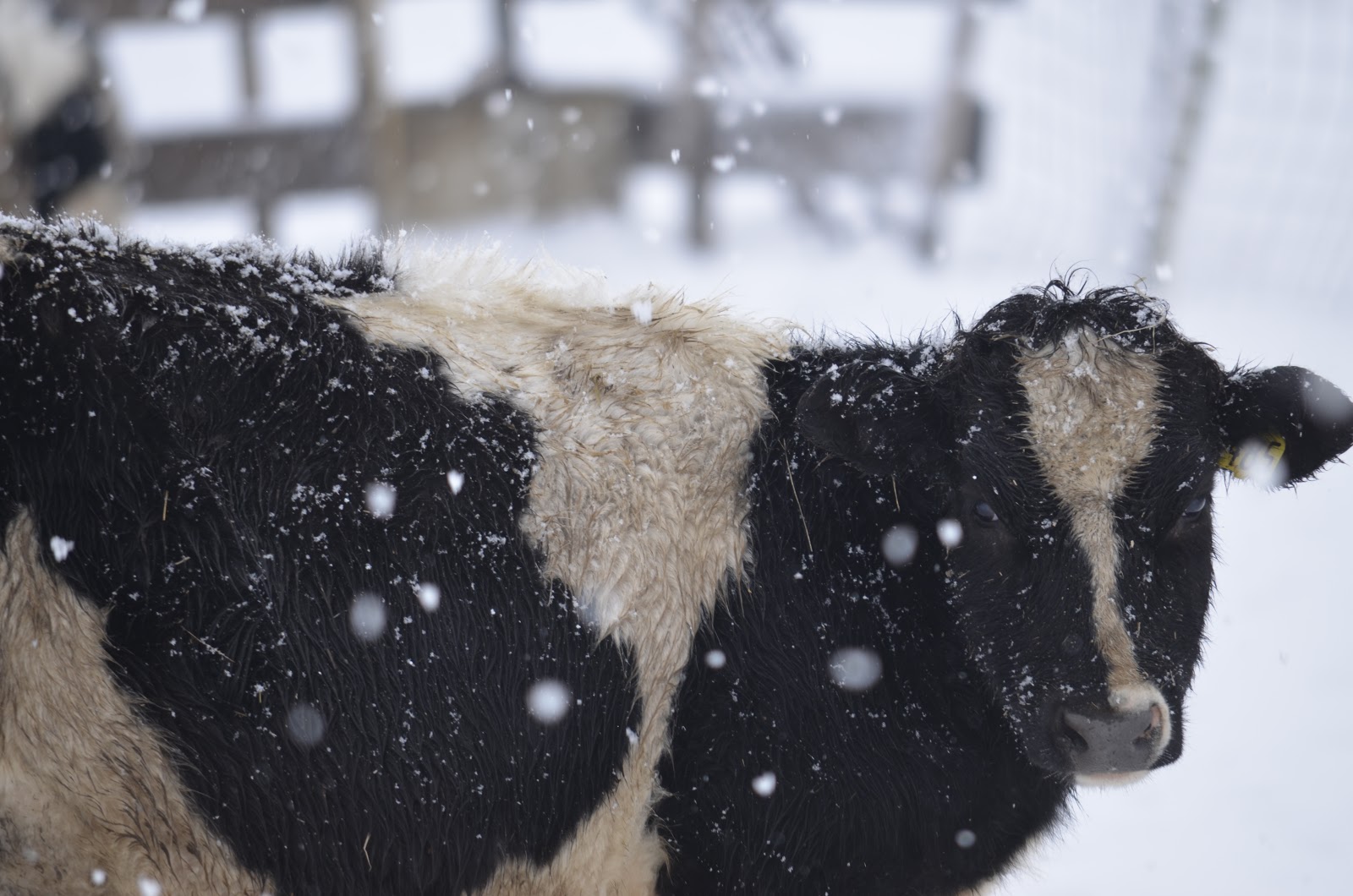 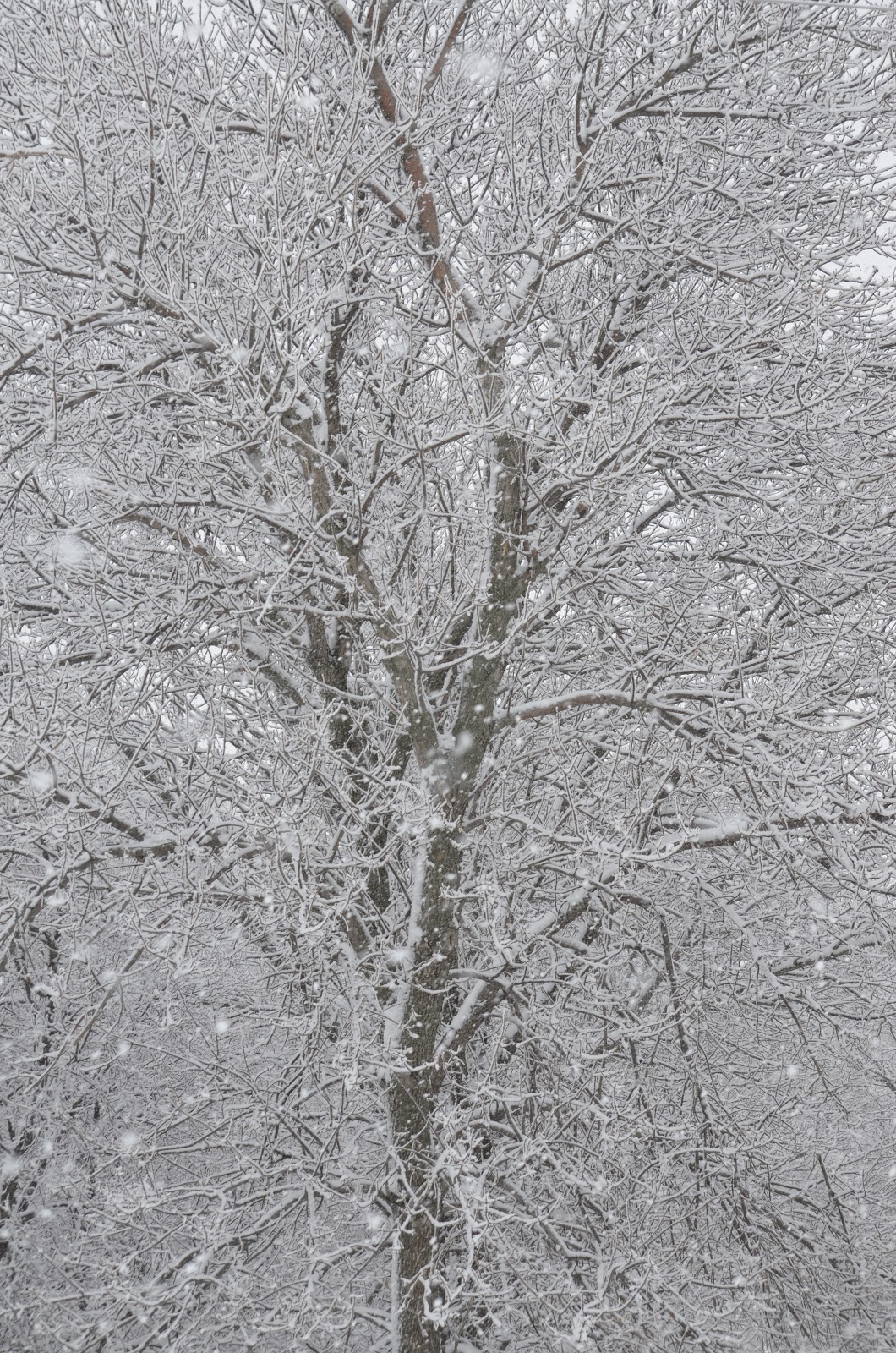