I have made a list of indoor picture ideas.  You'd think on a day when it was -13 degrees with windchill, that I might choose that day to try something inside.  You would be wrong.  There is something about the out-of-doors that I love so much, that apparently I'd rather be out there no matter what the conditions.

Not all South Dakotans feel as I do.  Since we are snowed in, I decided that I would just bundle up and walk around the neighborhood.  Photography instructors advise that one should be able to find pictures to take in one's neighborhood all the time, so certainly after an exciting snow storm it shouldn't be too hard to find one picture.  Anyway, so I've got on my knee-high wool socks, boots, long underwear, pants. snow pants, winter coat, two hats, gloves, and my ski goggles.   Yet two people stopped and asked if I needed a ride.  To some it probably seemed unimaginable that one would be outside walking around voluntarily.

It probably more shows that people around here are actually quite nice, noboby wanted me freezing, and if they could help they were willing.  (These were also the only two cars I saw out.  Oh, those and the one car that was stuck, but he was blocks away from where I was and I didn't go that far.  Also, it appeared he got stuck right outside of his driveway, so shouldn't have had too much trouble making it home.)

But it was actually quite lovely on my walk.  Kind of noisy since it was really windy, but I wasn't cold, and it was a little fun tromping around in the foot deep snow.  I felt a bit like a kid again.

And I had success with a picture.  As kind of a sequel to yesterday's picture of birds, I found a bird feeder covered in snow.  (At least I think it's a bird feeder.  Although I've never seen a three tier bird feeder, maybe this is a water fountain of some kind?) 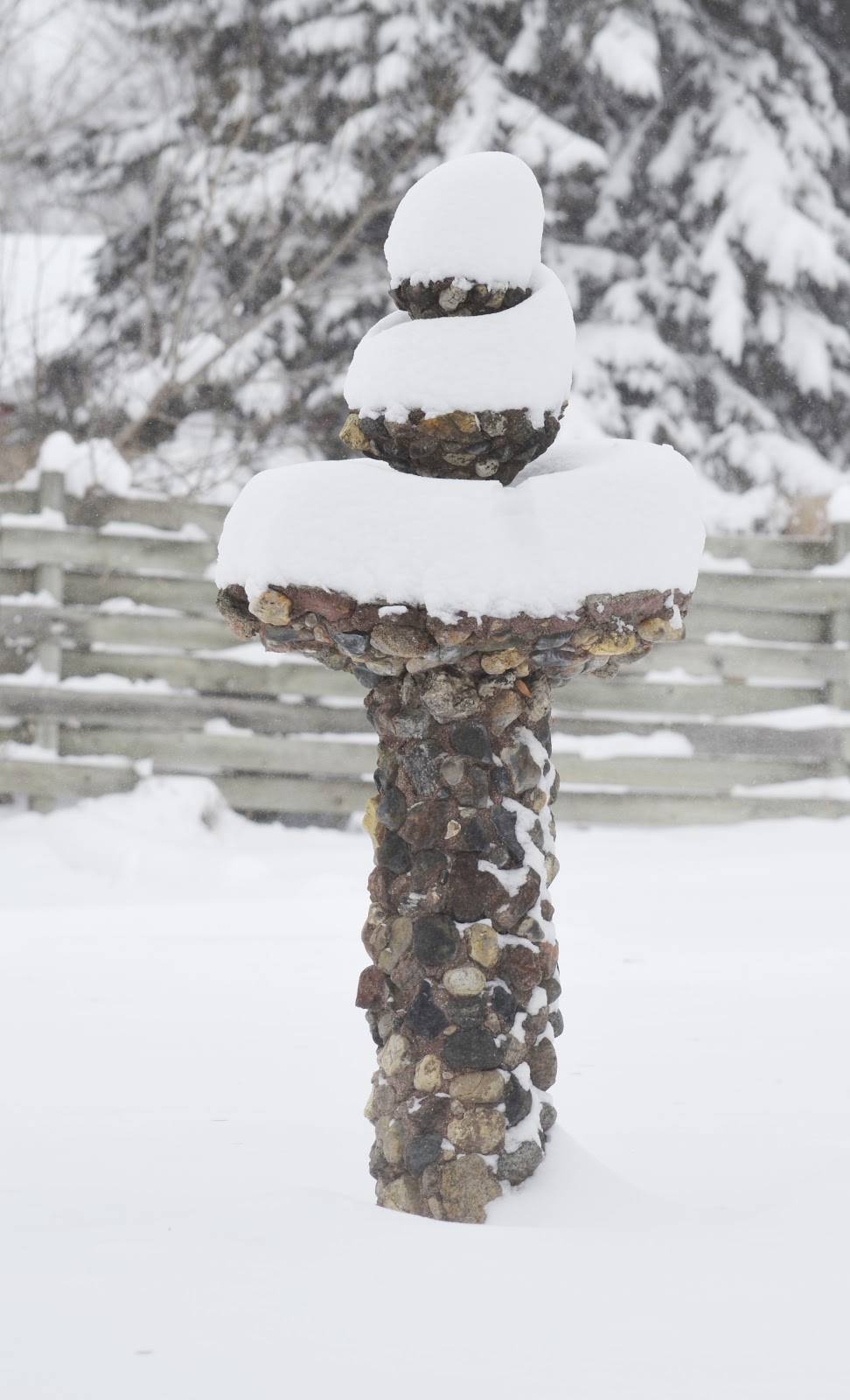 Birds are out of luck.